Dillon is a four year-0ld male Pembroke Tri who lives with his family in Lacey, Washington. His Mom Sherylle took him home from a local breeder when he was seven weeks old. Since then he’s been Sherylle’s shadow in the house, making sure she never does anything alone. 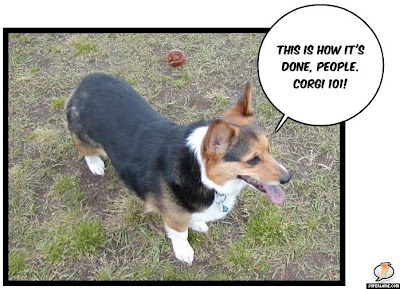 Sherylle proudly describes Dillon as “bubbly, energetic, affectionate, sweet, mischievous, loving and playful”. “He’s my best buddy and the apple of my eye”.
Looks like Dillon has at least one other ardent fan in the house, too … 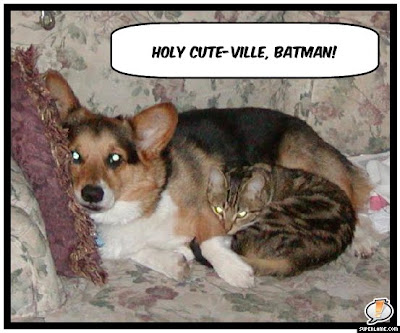 He’s game for long walks, wading in the creek, running at the beach, playing in his own yard and digging huge holes. Sheep herding, on the other hand, not so much. Dillon is afraid of sheep. 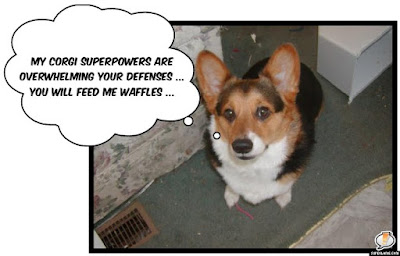 This Tri boy eats everything, but his favorites are beef, liver, green beans, peanut butter, waffles, and cereal. “He’s a Corgi, he lives to eat.” He enjoys his toys, too: His large teddy bear (almost as big as him), stuffed toys, balls, anything with a squeaker, and chewies. Dillon can do sit-up, shake paws, patty cake, dances (a little), fetches, leaps for his toys and catches them in mid-air. 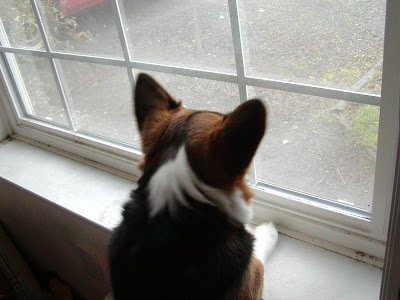 It’s like he’s Big Corgi on Campus! No wonder. Look at that charm and personality.

Thanks for kicking off the week, Dillon!

Ten year old Frankie stakes out his favorite spot on the couch. Flooftastic.   Jasper still looks a lot like a puppy, but he ... END_OF_DOCUMENT_TOKEN_TO_BE_REPLACED