Without a doubt, Corgis are THE most ridiculously cute puppies anywhere. 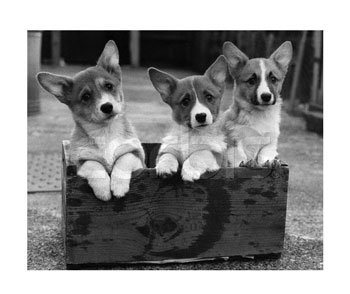 While this is obvious, is it scientifically possible to determine precisely why it’s true? 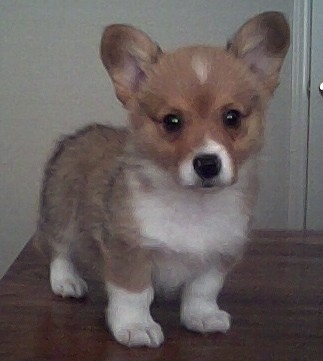 I therefore present …
ANATOMY of CORGI PUPPY CUTENESS 101 (with special thanks to Syd & Breezy’s pups for the inspiration!)
* * * * *
Exhibit #1: They look like Corgis right from the get-go. 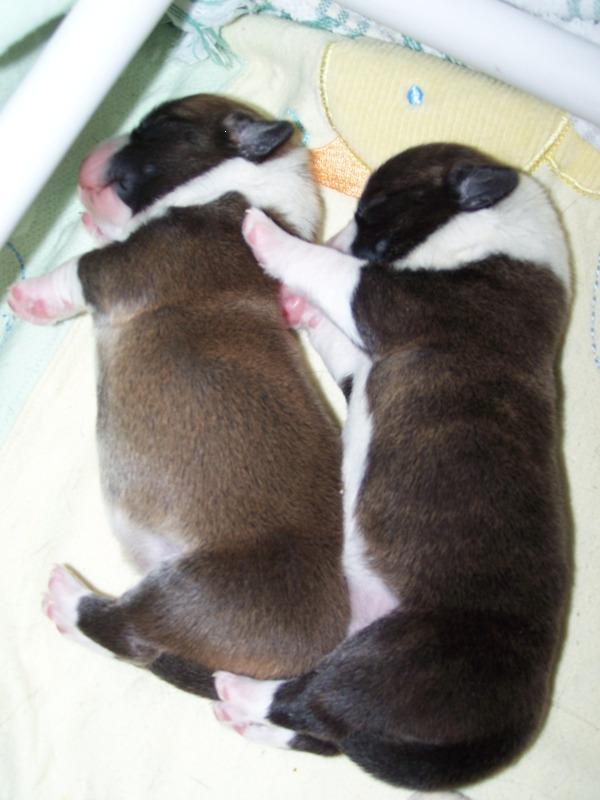 In the”Conga dance” formation, the distinctively long body and drumstick legs are clearly visible.
Exhibit #2: The power of multiples. 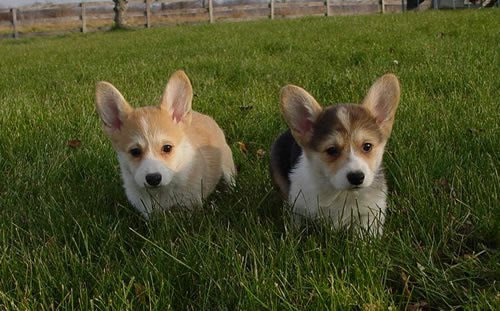 While one Corgi is good and two are great … 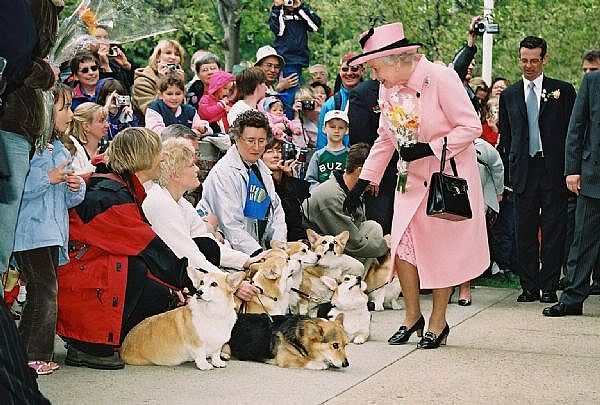 … three or more can melt the heart of the Queen of England herself.
Not that we need convincing. We are observing simple facts!
Exhibit #3: Short legs, huge paws. 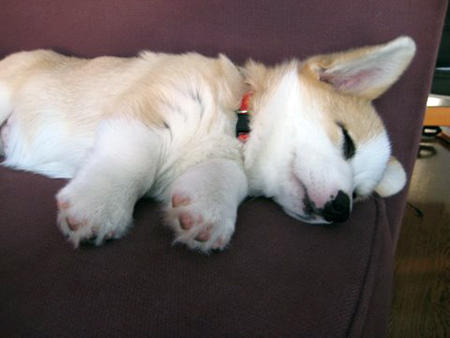 Relative to the rest of the body, the paws are outsized and the legs are short. 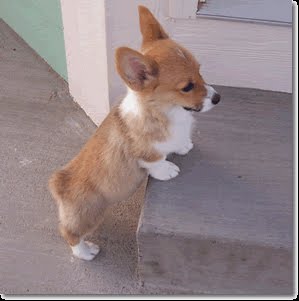 Fully 98.9% of human test subjects showed a marked mood improvement when viewing the above picture.

There is no plausible explanation for the other 1.1%. 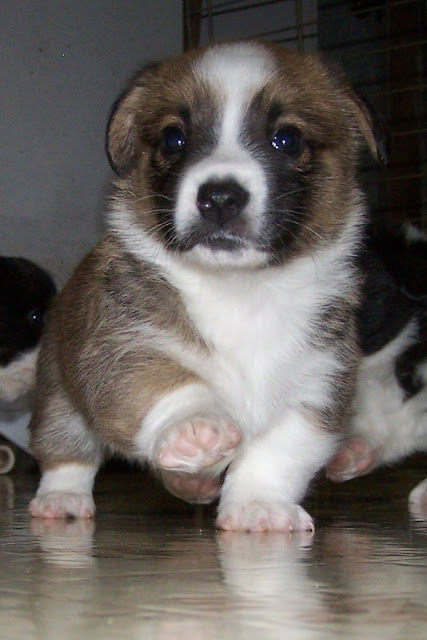 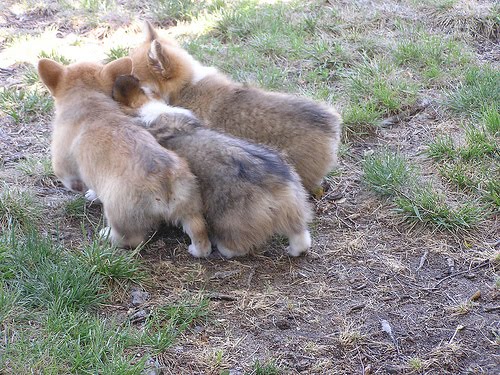 Observation without bias has so far proved impossible. Everybody loves a cute bum.
Even scientists. (Like the ones at NASA). 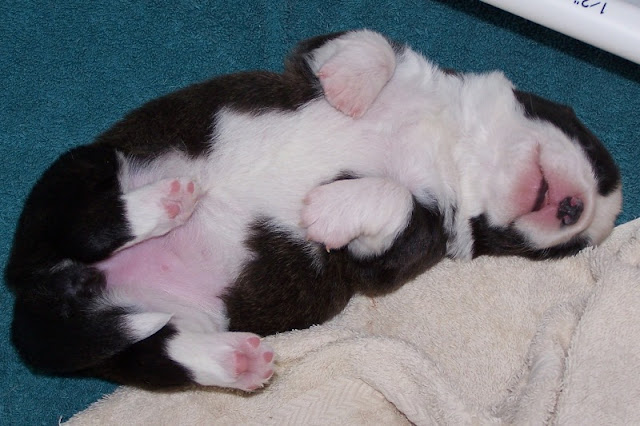 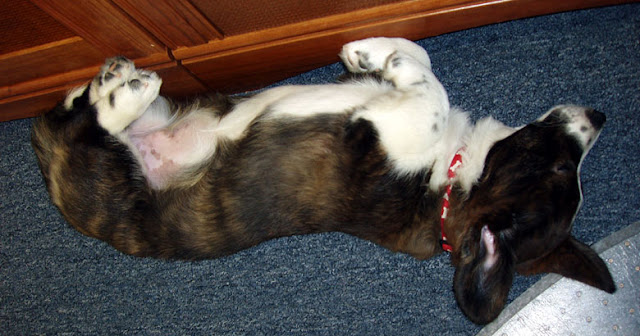 Warm, soft bellies are nature’s way of saying “Come here and gimme some lovin”. The frequent Corgi habit of sleeping on the back allows easy access to the belly. 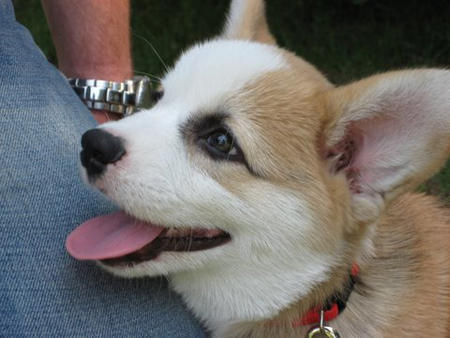 Self-explanatory. Smiles are universal.
(NASA research will one day prove this). 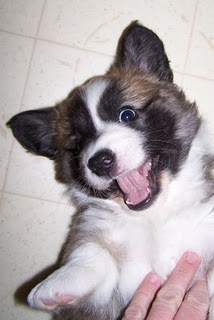 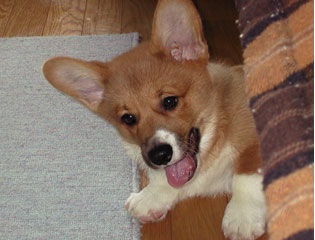 Well, what do you think? 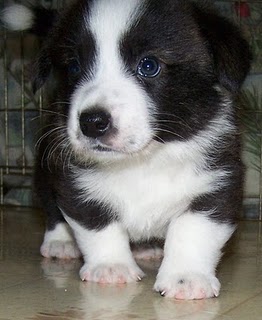 Although no direct link between Corgi and ursine genes has been definitvely proven, appearances suggest that at some point in the lineage there was a wave of what is commonly known as “kissin’ cousins.” 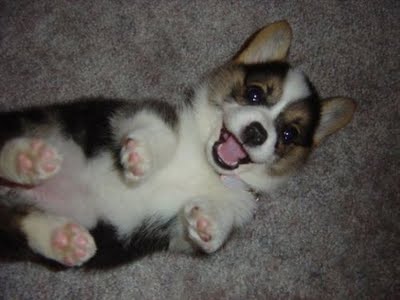 The end result is an oftimes uncanny resemblance between the two, in the early months of life. 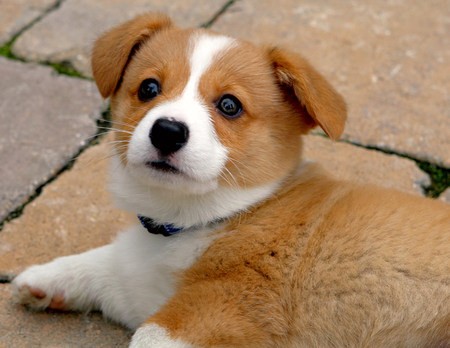 The “beach ball” phenomenon has also been documented. 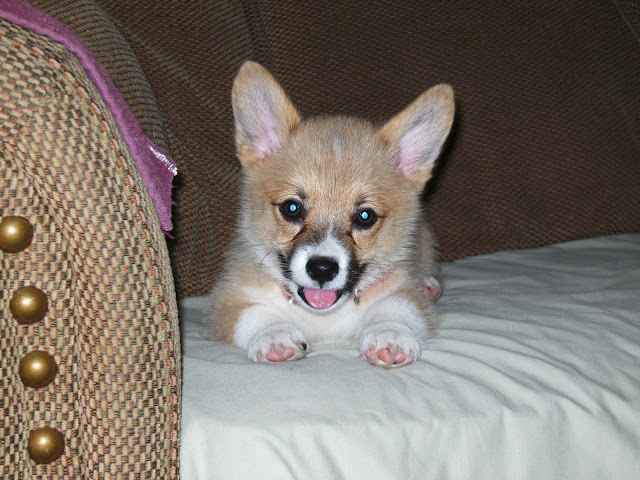 In the case of Pembrokes, there is often a foxy aspect. And foxes are FOXY. Ergo …
Exhibit #8: Large, goofy ears.
Humans like the goofy. 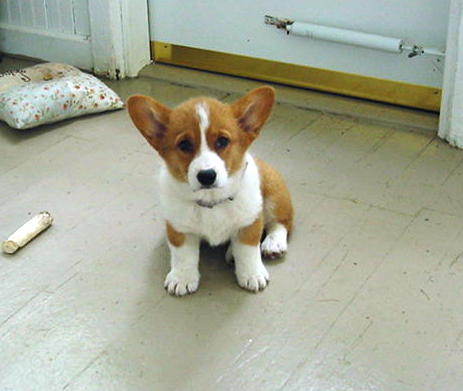 A Corgi pup’s ears are just plain big, relative to the body. The ratio falls squarely in the upper range of the International Goof-o-Meter.
NASA will use that too, someday.  Some countries already do; they call it the Metric System. 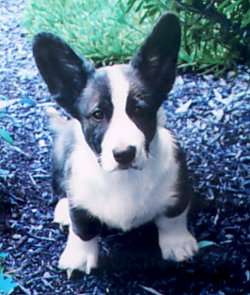 This is perfectly acceptable, even preferable.
Size matters.
Exhibit #9: They grow up to look like this … 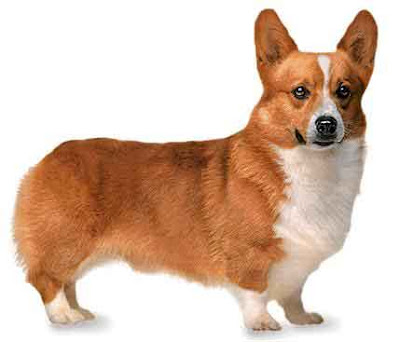 Pembroke Welsh Corgi
… and THIS! Cardigan Welsh Corgi
Besides all of which, Corgis are highly intelligent, playful, affectionate, full of good humor and personality (if somewhat bossy).
* * * * *
This concludes my quasi-scientific study of the Anatomy of Corgi Puppy Cuteness.

While some of you may have found this information redundant, to you I say pish posh … when was the last time you had your face puppy-washed?

As always, yours in dogdom.

Laurie Eno
Founder & Publisher of The Daily Corgi
“A new dog every weekday!”

Ten year old Frankie stakes out his favorite spot on the couch. Flooftastic.   Jasper still looks a lot like a puppy, but he ... END_OF_DOCUMENT_TOKEN_TO_BE_REPLACED