Dallas H. wrote to The Daily Corgi about her boy Furio, who came into the world on Thanksgiving Day in 2002 and left it far too soon, in January of this year.
Furio contracted and passed away from Lyme Disease. 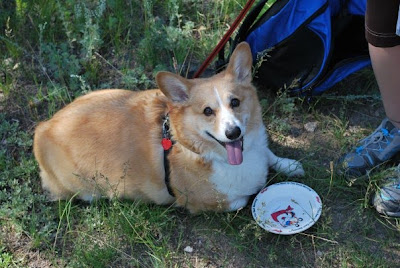 Dallas shares her story because, as she says, “If we can save one baby from getting this horrible disease, that would be great. “
Now I realize none of us really enjoys hearing about a beloved Corgi getting sick and passing.  If you’re in mourning, or a difficult spot emotionally, you should probably skip this story.  I believe it’s worth sharing — painful as it is — because there’s something important to be learned in it.  Something that might prevent more unnecessary suffering.” 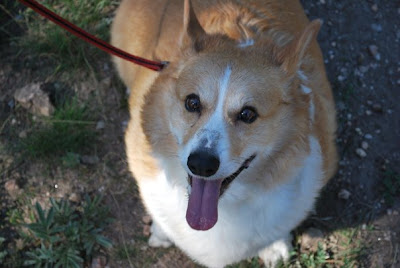 “My husband and I had moved to Denver, Colorado from Tulsa, Oklahoma in 2001. We got married in October 2002 and decided it was time for us to get our own baby. I had always grown up with dogs in our house, but not my husband, Jim.” 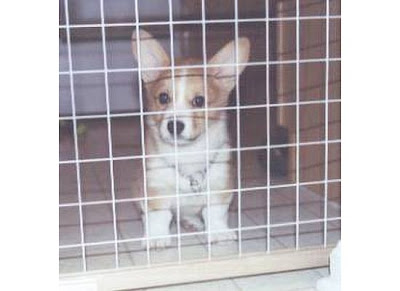 “We looked and decided on a Pembroke Welsh Corgi. Found one and snatched him up. He fit in immediately and was spoiled from the day we brought him home. Furio was the perfect addition to our family.”
“He really enjoyed the Denver snow and would sit outside in it for hours, if we let him. He would lay there, reach over and get a bite of snow and then lay his head back down. But the one thing Furio loved more than anything was Frosty Paws. That was his joy in life. He would look at me, look at the freezer, look at me, look at the freezer. He loved his ice cream everyday. Once he was done devouring it, all was right again with the world.”

“Furio liked to play tug-of-war, but always cheated. He would put his mouth about an inch away from your hand so you didn’t have much to hold onto. He would get it away from you and then bring it right back for you to grab hold of.”

“In December 2009, my husband Jim received a job transfer to Ponca City, Oklahoma. Furio and I stayed behind in Denver to sell our house. On December 28th, Furio and I drove to Ponca City to close on our new house. It was the perfect house for our boy, with nearly an acre of land for him to roam and play in, low windows throughout the house he could easily see out of, and a lot of tile for his belly in heat of Summer. We picked this house especially for him.” 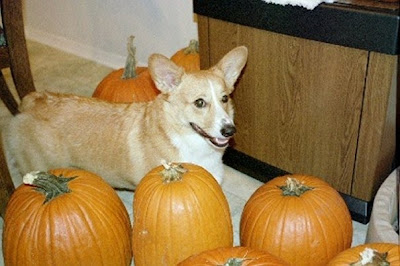 “He was completely spoiled, of course. He loved to be held lying on his back and would fall asleep. At the new house, he made two new friends: his best buddy Jackson and his girlfriend Lola. He really enjoyed playing with them and just hanging out. Once he got older, he would lie on the porch or patio and watch us work in the yard. Furio HATED the lawn mower when it was first started. He would bite the wheels. For some reason, he always hated things with wheels; bicycles, lawn mowers, seed spreader.”
“Almost immediately after returning to Denver, I noticed Furio’s urinating was increasing, he was drinking a lot more, and he started peeing in the bed without knowing it. I took him to his regular doctor on Friday. They thought he had some sort of infection and gave him antibiotics. They also suggested a specialist that could figure out exactly what was wrong with him. We wanted to give the antibiotics the weekend to work. By Monday, I was calling the specialist.”
“I got him into to see Dr. M. on Tuesday. She wanted to keep Furio for a few hours to run some tests. They did bloodwork, an ultrasound of his belly, blood pressure and several other tests. I was able to pick him up that night; shaved belly and all. She sent him home with new medicines, a total of three twice a day.  When the test results came back a few days later, they weren’t good.  He was diagnosed with Lyme Disease.”
“What? He had never been anywhere where there were ticks. I had told our regular doctor in Colorado that Furio went on trips with us to Oklahoma several times a year, but they’d never suggested we take preventative measures for ticks. This couldn’t be! Dr. M. suggested that we wait on the bloodwork sent to Arizona to confirm. And it did confirm he had Lyme Disease.”
“Furio stayed in the hospital for a couple of days until they got his blood pressure under control. He was then sent home with four to five medications that had to be given twice a day with food. It was taking about an hour in the mornings for him to take all of his medicines and about the same in the evenings.”
“Jim flew down for a weekend visit and this is when Furio started not eating. The last day of Jim’s trip, we took Furio back to the specialist. Dr. M. was off, so we saw Dr. B. who suggested that we leave Furio so they could give him is medication through an IV.”
“Every morning on my way to work, I would stop by the hospital and see my baby. It was hard because he was hooked up to so many IV’s and didn’t want to get up. I would stop on my way home from work to visit him and to talk with Dr. M. She would give me a report on how he was doing that day. Towards the middle of the week, we thought there was progress, but it was short lived. By Thursday, Furio was getting worse. I talked with Drs. M. and B. about the quality of life Furio would have if he survived. I also wanted their opinion on what they would do.”
“At this point, Furio’s organs were being damaged. We decided that it was time to let him go.” 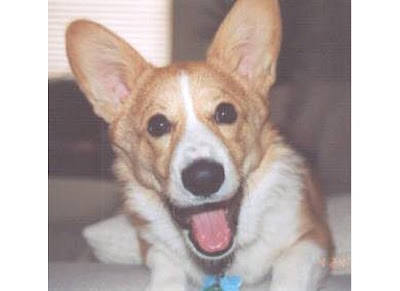 “Jim drove all day on January 29th. We arrived at the hospital around 8 o’clock that evening. We walked with Furio, tried to give him a Frosty Paw, loved on him, talked with him and just held him. Then our baby was gone.”
“He was so peaceful and relaxed and no longer in pain. Had we done the right thing, was he going to be mad, was he at peace? I just wanted him back the way he was. I wanted to hold Furio in my arms again.” 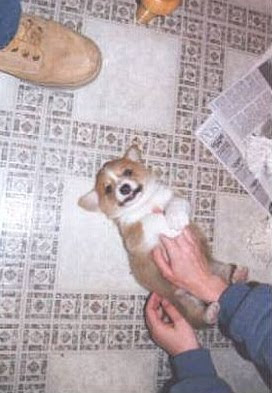 “I love you pooh-pooh head.”

“Furio, Mommy and Daddy really miss you. There isn’t a day that goes by that we don’t think about you and wish you were here in the house we bought for you. I just want to hold you in my arms one more time. I miss you hogging my side of the bed. We miss you supervising us in the yard. I hope you understand why we did what we did.”

*  *  *  *  *
“If you are traveling with your babies to other states, please please talk with your doctor about vaccinations or preventative care that you should take to ensure your dog is safe. Each state or region lends it’s own different set of challenges.”

Dallas and her husband rescued a Pembroke Tri very recently; Cooper is about three months old and has some of the same traits that Furio had. Dallas writes “I know Furio is watching and teaching Cooper habits.”

Ten year old Frankie stakes out his favorite spot on the couch. Flooftastic.   Jasper still looks a lot like a puppy, but he ... END_OF_DOCUMENT_TOKEN_TO_BE_REPLACED