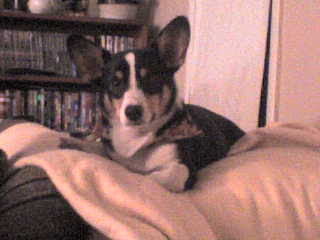 *  *  *  *  *
Jon and Elissa H. of Rossville, Illinois wrote to The Daily Corgi about Samson, a Tri boy whose premature passing left a very big pawprint on their hearts and lives. 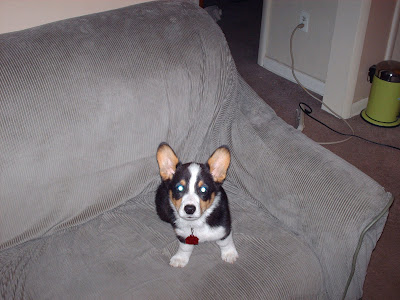 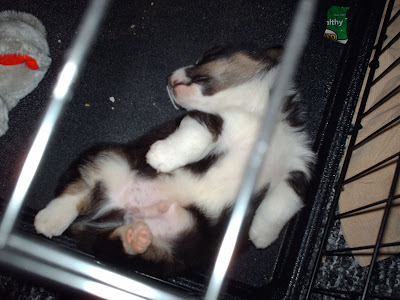 Samson loved to run and play, and he loved to EAT!!” 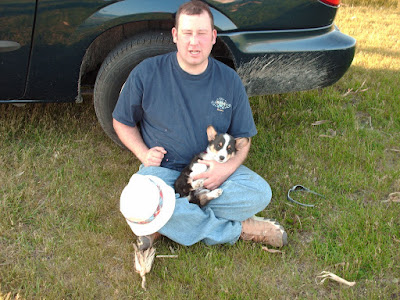 “Over the first 18 months of his life he mastered his basic obedience skills and was began learning agility. He moved from his kennel to sleeping each night in a papasan chair in his bedroom (the spare room).  That chair was one of Samson’s most favorite places to be.” 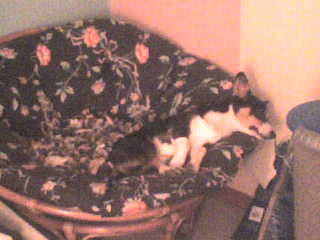 “His other favorite place was under our claw foot bath tub.” 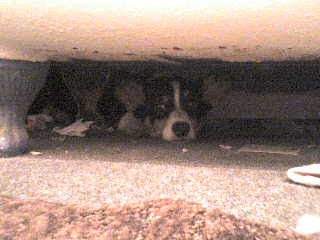 “Samson loved his stuffed animals, playing tug with the rope and fetching his tennis ball.  He kept us on our toes!”
“He would run around the house and the yard chasing his Rat Terrier “sisters” Bailey and Belle, or do circuits around the living room jumping on and off the couches.” 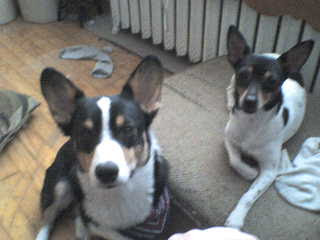 “While Samson loved to run and play, he would just come and curl up next to you for his rubs. He was a wild and crazy guy who loved to have a great time.”
“Samson was so full of life, until the accident on February 26th, 2009, just one week after his second birthday. Though I don’t like the story of how he died, I feel it is important to share so it doesn’t happen to anyone else. He knocked a box of Cheerios off of a table and got his head stuck in the bag while we were gone. Coming home and finding him was one of the worst days of our lives.” 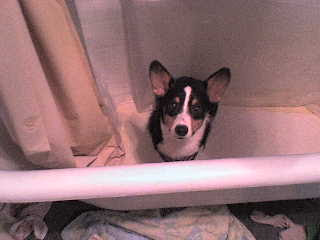 “He is still missed everyday, but Samson’s memories are always with us and he still makes us smile.” 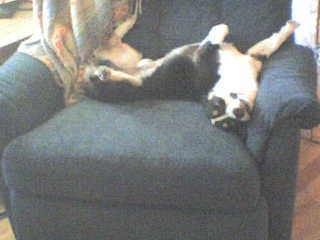 I love you guys THIS big!

Ten year old Frankie stakes out his favorite spot on the couch. Flooftastic.   Jasper still looks a lot like a puppy, but he ... END_OF_DOCUMENT_TOKEN_TO_BE_REPLACED