At her blog Namaste: The Farm Gazette, Tanya W. chronicles the journey she has taken with rescue Pem MerryBelle and the poop-loving goofball Spunky McLovin’ (aka Mac). 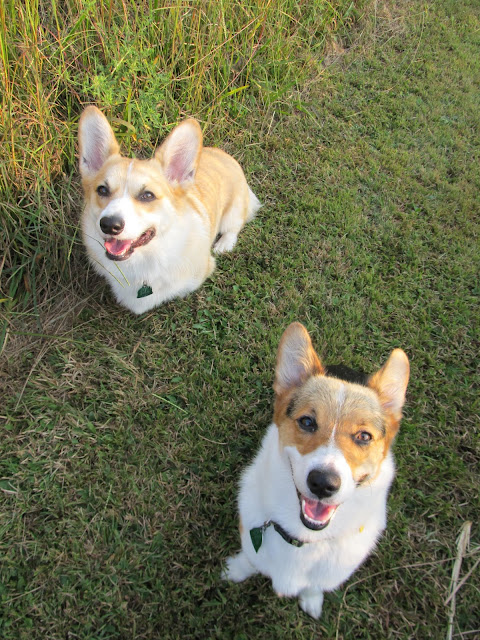 The farm’s current Corgi Contingent: best friends!
In late August 2011, Tanya took MerryBelle into her home. This wary girl needed to learn to trust, how to receive lots of love, how to let go of her fears, and how to play.
It would be a daunting adventure. 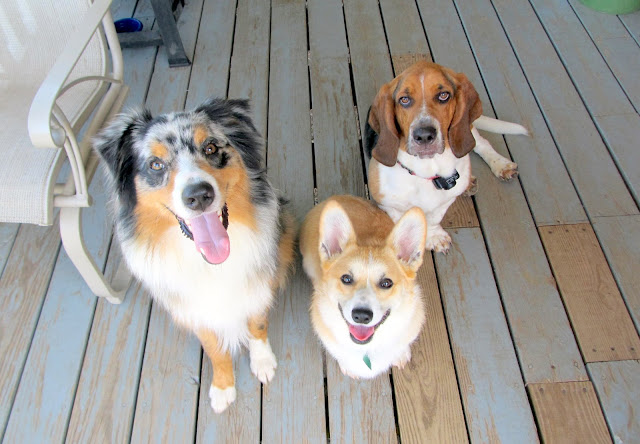 Before the arrival of MerryBelle, Mac was the only Corgi in a resident canine pack. It was a good life. He had no idea his world was about to change. 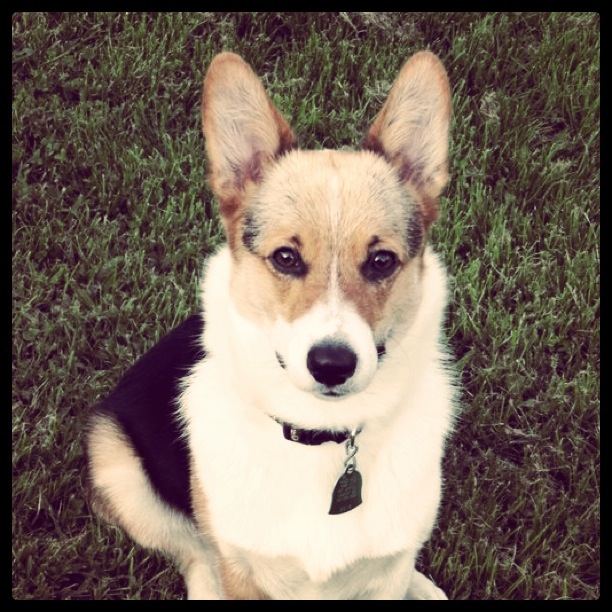 Tanya’s early observations: “What is most evident is that MerryBelle has a “wild streak in her,” as my Dad would say. She’s the most instinct-driven dog I’ve ever known, and she has little or no trust in humans when push comes to shove. As much as I love her, MerryBelle sets the boundaries that dictate how close I can get to her.  I so wish I could figure her! She’s complex and very, very strong-willed.” 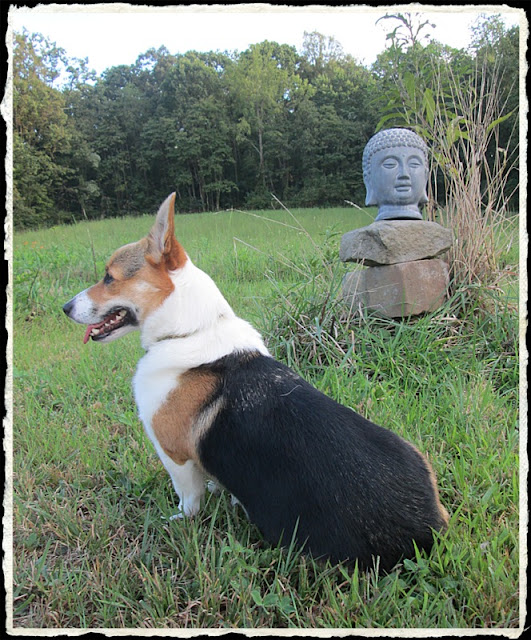 Four months later: “MerryBelle has well-established herself as alpha over Mac and me. She has a level of food aggression that makes Mac run for cover when I put food or water in their dishes. She’s bitten me twice, both times as a result of my having to intervene for Mac’s safety after she’s “jumped” him over food through no fault of his own, and she’s now refusing to let me hook her to a leash.” 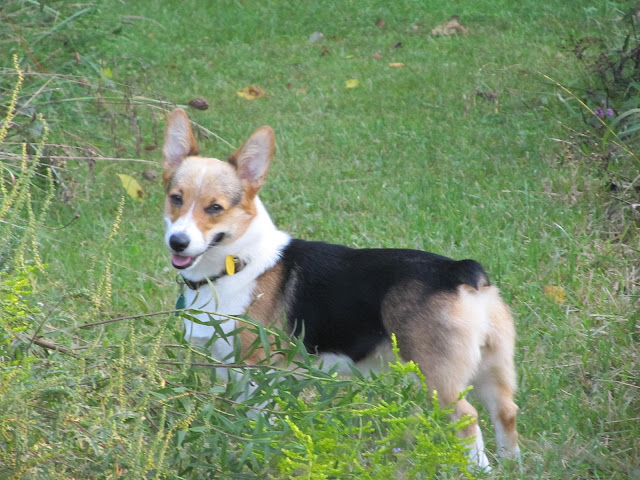 “As many folks on Facebook know, she slipped away from me this weekend and was gone overnight during a nasty winter ice storm. (Thanks to a neighbor who saw my phone number on her chip tag when MerryBelle sought refuge at the neighbor’s house, I was able to “rescue” her once again. And despite her fatigue, a cut to her leg and hunger, MerryBelle turned stubborn about letting us put her leash on).” 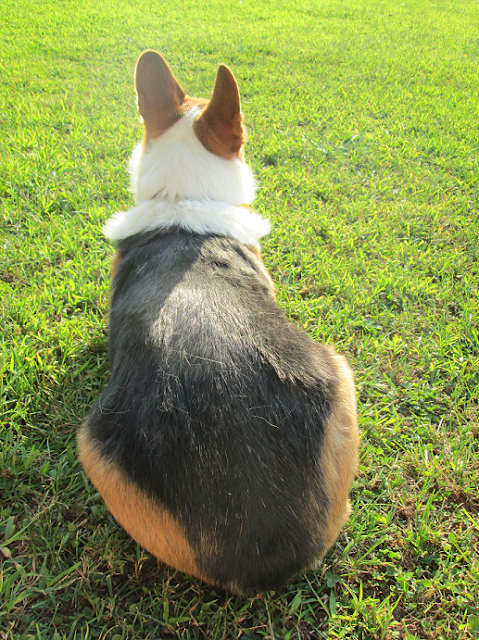 September 2012: “MerryBelle’s transformation from a cowering, snarly, moody dog to a worry-free, spacy and sweet farm dog has been one which I wasn’t sure I would ever witness.  Mac and I delight when we watch her toss a ball in the air and pounce on it, when she runs at horse-racing speed around the yard with a huge smile on her face, and when she pesters the cats to play with her. Her magic and grace, her humor and sensitivity, and her loyalty and love embrace us every moment of every day.” 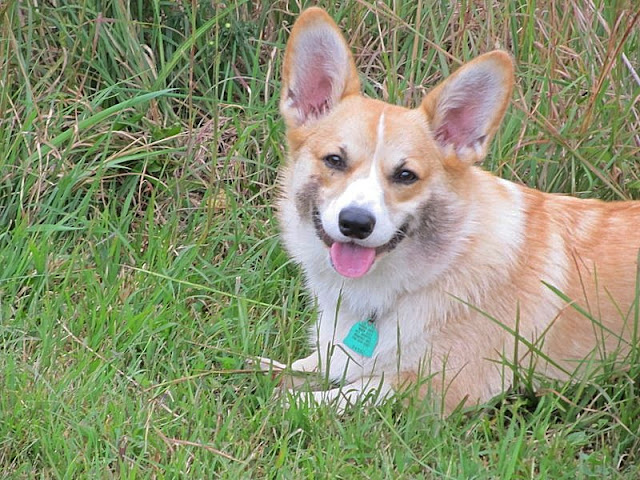 Happy Mac with poop on the face … Old Spice for dogs! 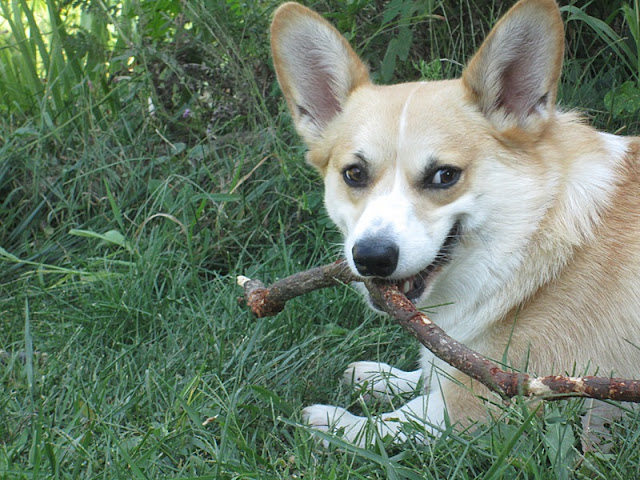 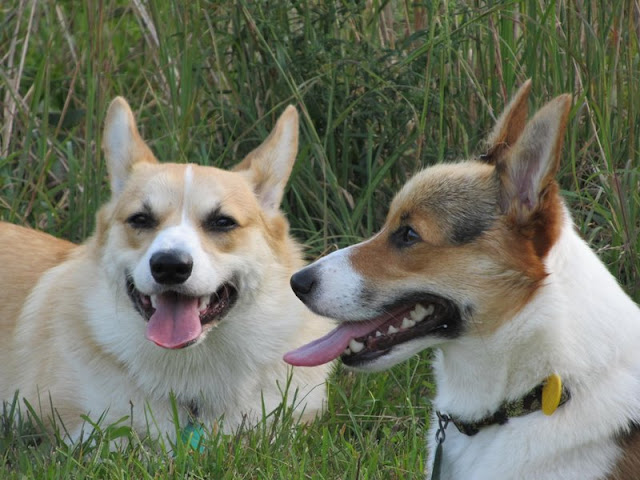 “Mac and MerryBelle are at the same time quite independent and interconnected. They play hearty tug-o’-war with their rope or old socks, run circles around the couch in their nightly game of chase, taunt the cats (never to harm them), and fetch their favorite squeaky toys, Bubba and Bessy. MerryBelle likes alone time and is totally OK for Mac and me to go play stick while she hangs with the cats.  When it comes her time to play with me, she loves to rub her face in mine and leave her scent on my hair.(Just the scent I want after she’s been on a rolling spree, that’s for sure!) Her bark is quite a sopranic call, and I’ve noticed when Mac sounds an alarm, MerryBelle comes running to chime in although quite frequently she has no idea what she’s barking at. She’s hilarious!” 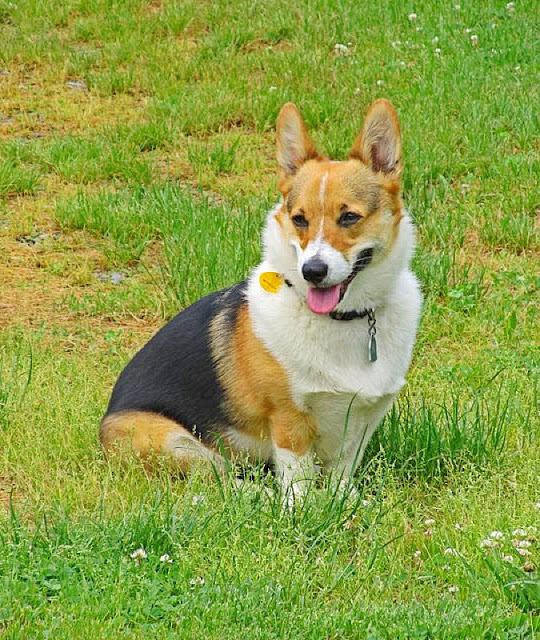 “MerryBelle is truly a special being – one from which I’ve learned a lot about life, love, and the unbreakable bond of our pack … 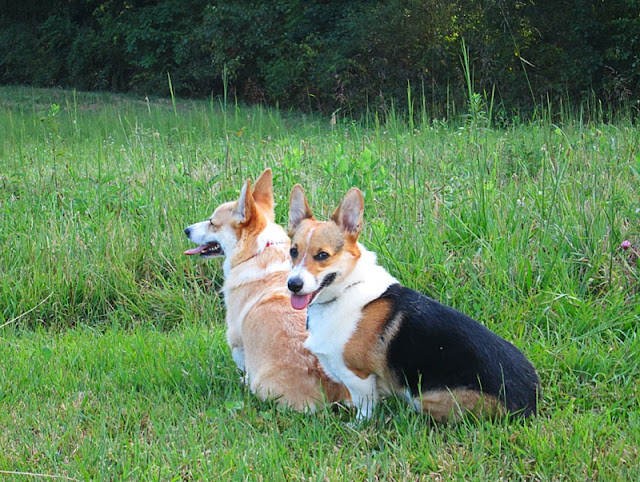 … the love that sustains me and makes me whole.”

Ten year old Frankie stakes out his favorite spot on the couch. Flooftastic.   Jasper still looks a lot like a puppy, but he ... END_OF_DOCUMENT_TOKEN_TO_BE_REPLACED