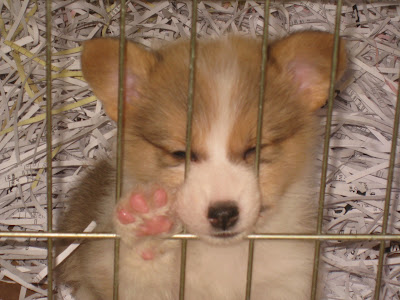 “At the time, he was ten weeks old and I could still easily pick him up with one hand” writes Mark.  “Five weeks later later he was big enough that I had to muscle him up under my arm to carry him.” 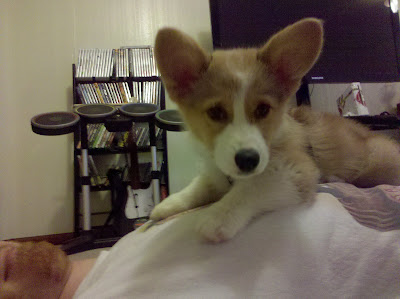 “Right from the start he stole my heart.” 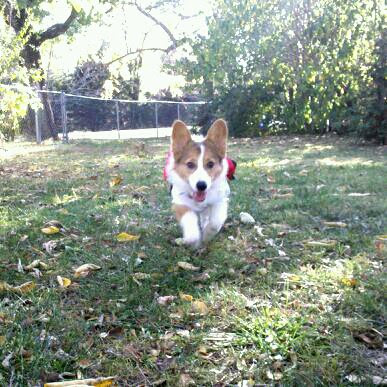 “Ein is full of energy and loves to meet new people. He enjoys his time running around in the backyard, where he chases butterflies, birds if they swing down low, and even the wind!” 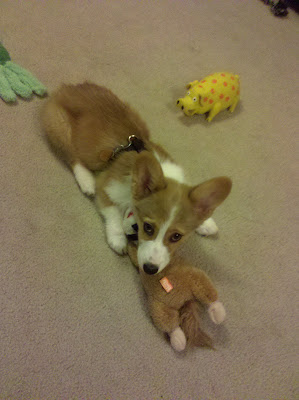 “If he’s not launching his stunt squirrel up in the air and then catching it, he’s attacking his piggy toy.  Between those and his stuffed squeaky frog, Ein is at home on the floor just tumbling and playing; even if he does look strange laying on his back chewing on one of his toys.” 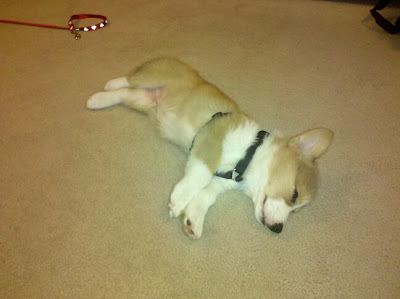 “At eight months old, Ein still nips playfully at toes in socks and loves his toys.   He’s a big fan of water, just can’t get enough of playing in it!
I suppose this makes bath time easier though right?” 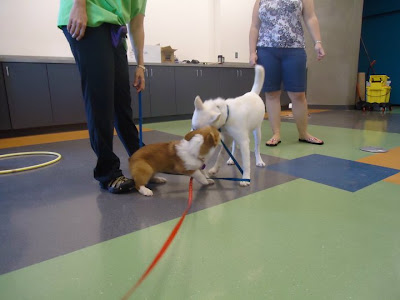 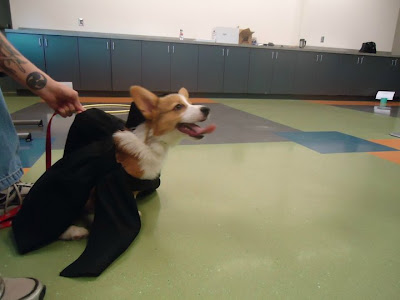 “He even got to wear his doggie cap and gown!” 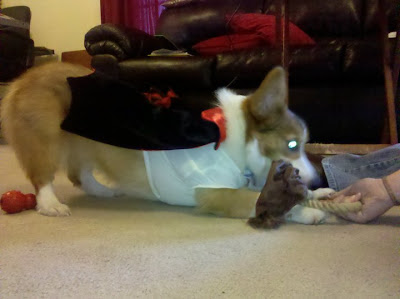 “This Halloween, Ein got dressed up as Dracula.  He genuinely enjoyed it and liked getting to go outside and play with his little cape on.” 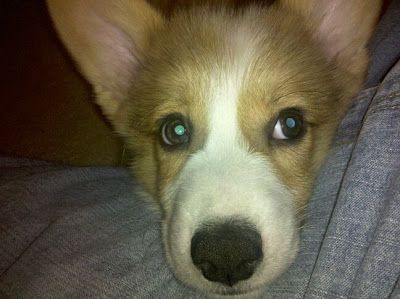 “Ein is a joyful, intelligent, sometimes troublesome little devil, but he’s the worlds best dog (says the slightly jaded Dad of his pup). I wouldn’t have it any other way.  He has stolen not only my heart, but my roomate’s fiancee’s heart and even my best friend’s heart.”
(Ed. note:  you can add one more person to that list :-).
*  *  *  *  *
Welcome to The Daily Corgi, Ein!
You’re puppy-licious, sweet boy!

Ten year old Frankie stakes out his favorite spot on the couch. Flooftastic.   Jasper still looks a lot like a puppy, but he ... END_OF_DOCUMENT_TOKEN_TO_BE_REPLACED