Lauralee S. of St. Louis has a habit of of finding the most needy of dogs and making their lives the best they can be.  “My first dog was a special needs pup” she writes.  “Even at the age of 18 I knew my calling.  I love all my dogs so much, my heart could burst!”
“In 2006 I was newly single and had finally settled into my little third floor apartment. It was cute, but lonely with only the goldfish for company, so I decided the time had come to look for a dog. A Corgi, to be exact, like the two babies who had stayed behind with my ex (and best friend) Bob.” 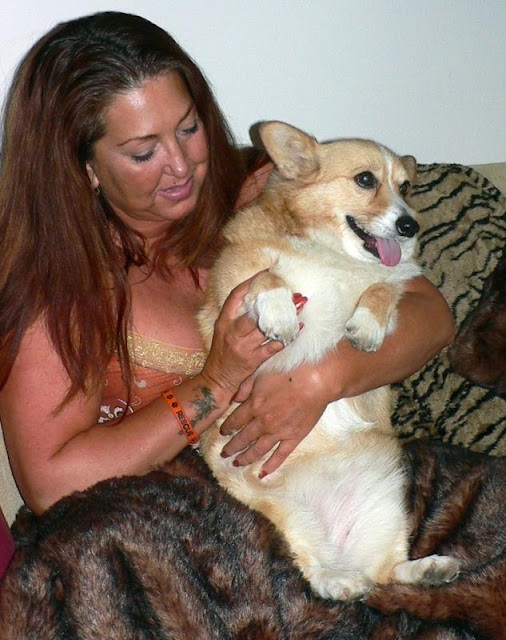 “I began looking for adoptable dogs and found an adorable picture of a little girl available from Pets’ Second Chance, a wonderful rescue group in St. Louis. One week and several phone calls later I was on my way to meet her. “Penny” had been rescued from a large beautiful home with a nice family who apparently had no idea what it meant to have and love a dog.” 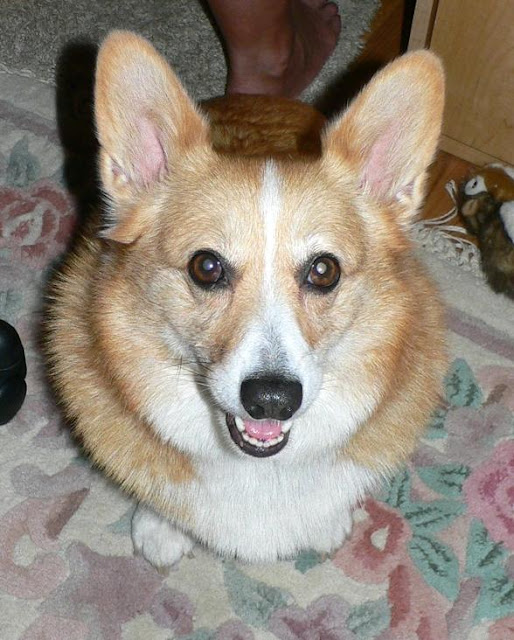 “Little Penny had been confined to a laundry room for her entire five years, lest she get hair on the floors or bark, or some other offense. “Aunt Linda”, her rescuer, told me she’d had a bladder infection from not even being let outside to pee often enough.” 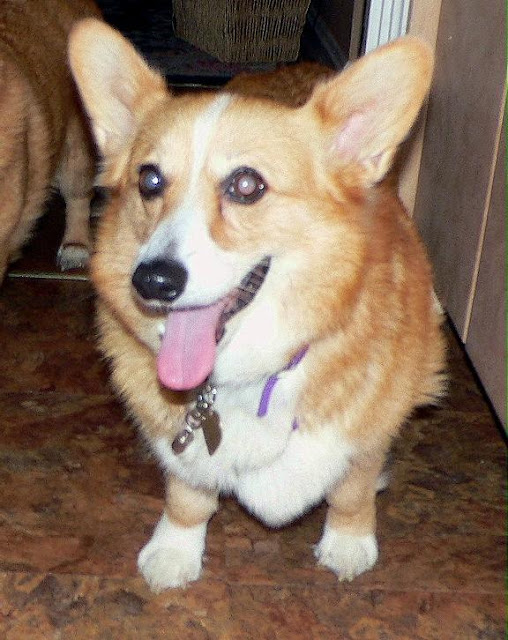 “Penny was shy at first and didn’t seem to know how to accept affection since she’d seen so little of it in her life, but she was an adorable, stubby, short little hamster of a girl and I knew I had to give her the home she deserved. Once I gained Linda’s stern approval to adopt her, the arrangements were made and she would come to her new home right away.”
“I decided that she needed a new name, since she was worth far more than a Penny to me. We settled on Hunny and began to get acquainted. She was from the start a bit of a funny, clumsy girl with paws that would sometimes slip and slide on the floor or the stairs leading down to the ground.  In time, I moved from the third floor apartment down to the ground floor, so it would be easier on Hunny’s little legs and she could have a bit of a yard to go potty in.” 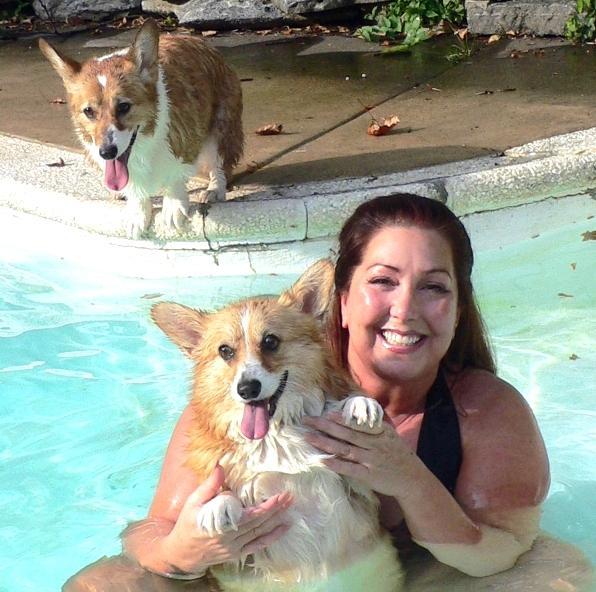 “Although she is a happy girl, she loves to put up a tough, grumpy act, probably because of the insecurity she still feels after years of neglect. It’s taken time, but Hunny has learned to accept and even demand affection.  She loves to be petted and will remind you with a quick bark if you slack off and forget to scratch the head with enough vigor. We still have a copy of the page with her picture that stated “Little Penny is a sweet girl who just wants to be part of the family”. 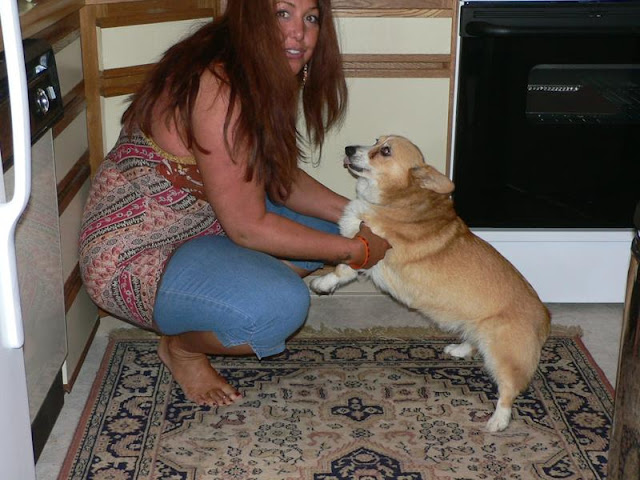 “Hunny displays a bouncy, jaunty gait on our walks around the complex. A fresh snowfall is a real treat and sometimes she’ll be walking along and suddenly flop over on her back and wriggle happily for a bit, then pop up, shake herself off and bounce along once again.  She enjoys tearing up paper wrappers and bags, and loves to go for rides in the car, especially to drive-up windows.  Here she is making an ATM withdrawal from my bank account.  I’ve got my hands full — I didn’t know she could drive!” 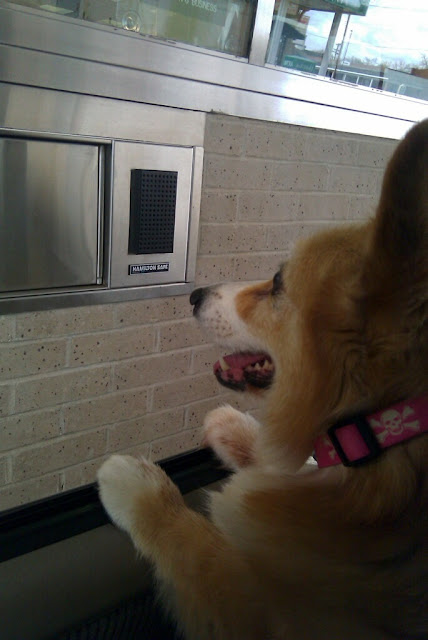 “Hunny has made friends with my other two Corgis who live at their Daddy’s and loves to act all big and tough when we go to visit. She gets very excited when the time comes to go visit, and happy again when it’s time to go home. She enjoys a run in the yard barking and chasing her little brother Charlie Cheeks.  He is very fast and agile but Hunny makes up for it by ambushing him and making sure he knows who she thinks the boss is.” 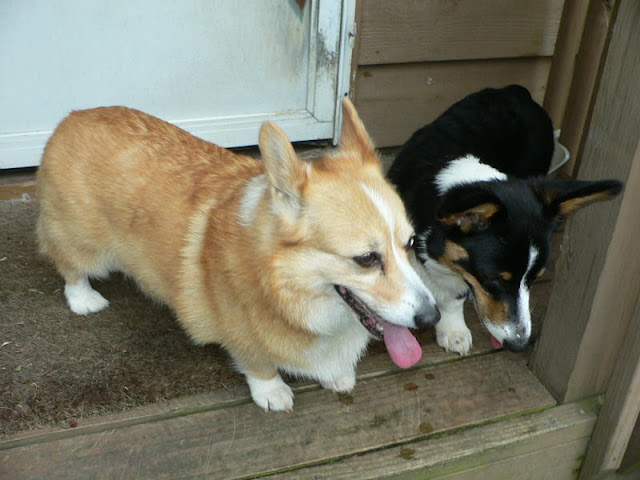 “Sometimes her clumsiness shows, like the time she was negotiating an uneven bridge through the garden. She started to teeter, then lost footing on one side and capsized like a little turtle, ending up on her back with all four legs stiff in the air waiting for rescue. Once right side up again, she trotted off none the worse for wear.”
“We attend Corgi and pet events where Hunny bristles with confidence and sass, even winning a big basket of goodies as a prize.” 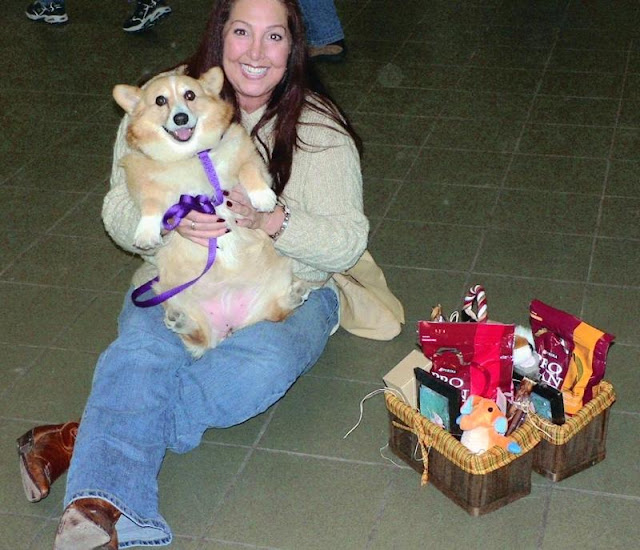 “She may be small, but she feels mighty indeed. Sometimes she even dresses up as Santa Corgi for an extra Merry Christmas.” 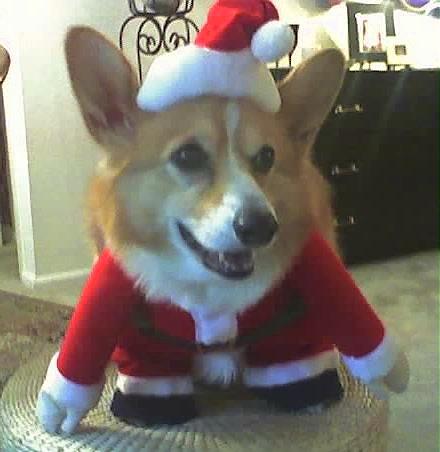 “When I was finally able to move into a little house of my own, Hunny got a nice yard where she and her brother can chase and bark and run to their heart’s content. Last year “Aunt Linda” called and told us that she’d heard from Hunny’s original family. They just wondered how their “old dog” was doing. I looked at her snuggled in her warm, soft bed … surrounded by her toys … next to her brother and her Mommy and very much loved.  “She’s doing great” I told her. Just really great.” 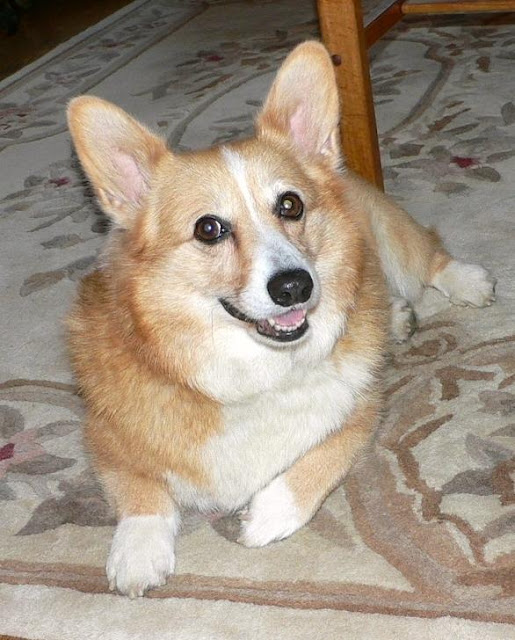 “Her days alone in the laundry room are a distant memory. She is happy. She is loved.

Ten year old Frankie stakes out his favorite spot on the couch. Flooftastic.   Jasper still looks a lot like a puppy, but he ... END_OF_DOCUMENT_TOKEN_TO_BE_REPLACED