Pembrokes Gryff and Stella share their Riverview, Florida home with their people, a Collie, and a nineteen year-young kitty cat. 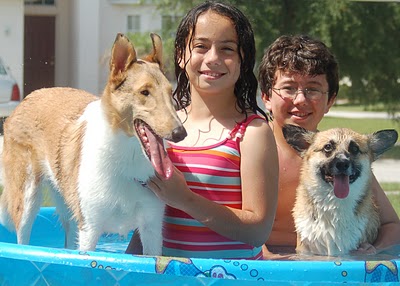 Gryff & Co.!
Mom Gina Marie C. writes:  “At seven, red and white Stella is without any doubt the Alpha dog. She is the self-appointed ‘Household Police’, alerting us to any passers-by, leading the alert for the doorbell charge, and reporting any wrong-doings by the other pets (especially the kitty … “Mom, he’s on the counter AGAIN!”). 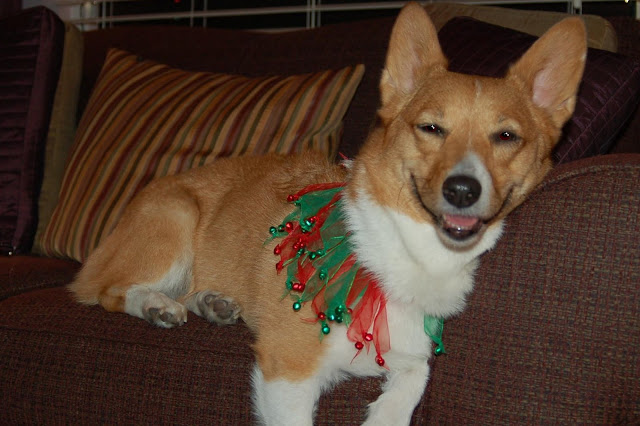 “In short, she’s appointed herself my Deputy, and takes the position very seriously. She loves people (in fact, I think she thinks SHE is a person) and you’d be hard pressed to convince her that any visitors to the house, or anyone she comes across on a walk, at the park, etc. are not there JUST to see her. In case they fail to notice her or lavish her with complements or attention, she will bark (loudly) at them to announce her presence and make known her wishes (“it’s ALL about me, love ME!)” 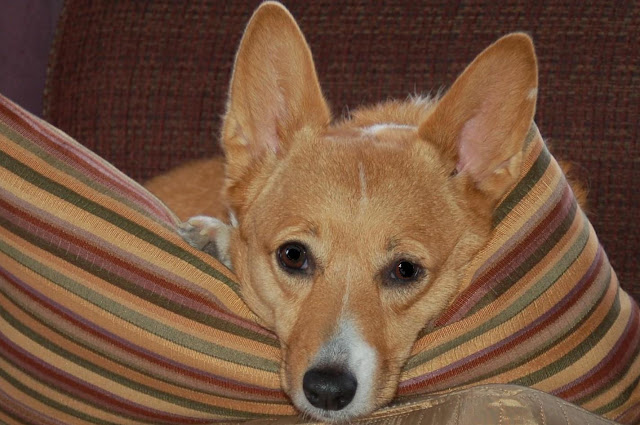 “As with any Corgi, her first love is food, her ultimate favorites being peanut butter and popcorn. I believe she would go to the ends of the earth for the sake of a crumb-sized reward. And she loves to run agility, almost as much as food.”
“Two year-old Gryff (short for Gryffindor) is a sable Pembroke. He may be the most lovable, biggest kissy-faced Corgi ever. He loves to be held, carried, snuggled and is very generous with the kisses. In fact his tongue is so often hanging out of his mouth, he has earned the nickname ‘Loller-pup”. 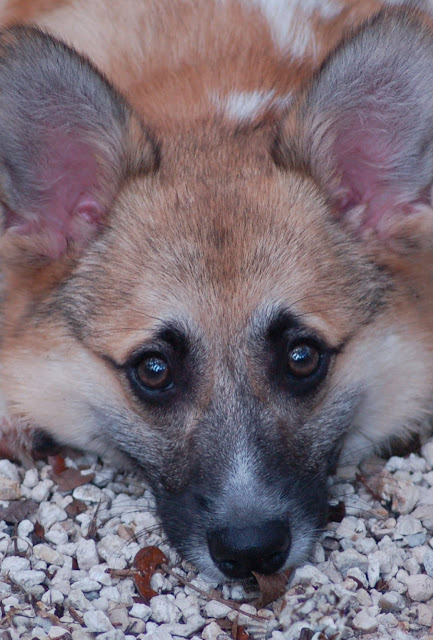 “He loves to play:  with his boy, with toys, with the other dogs. He is has some interesting (and adorable) vocalizations;  every morning, in anticipation of his breakfast, he cries “Ahhh-rooo-rooo-roo-roo-rooo”. 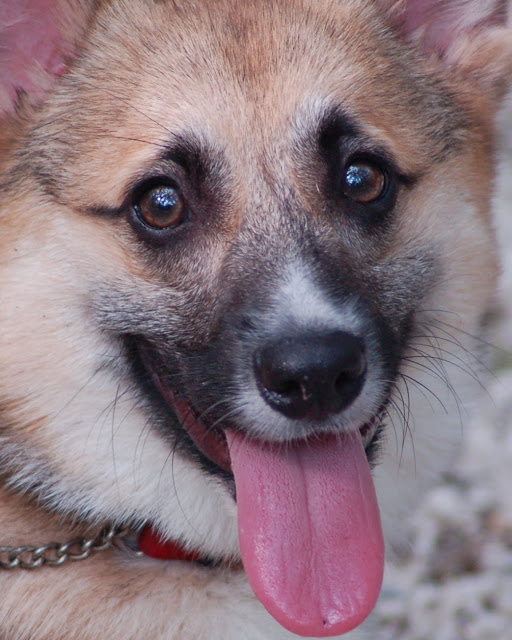 “Gryff is learning to curb and control his excitement over the impending feast, and with forced concentration will settle into a ‘down’ (because he knows that gets the food delivered faster).  He uses his good manners, but the excitement factor is written all over his face – every breakfast is like Christmas morning.” 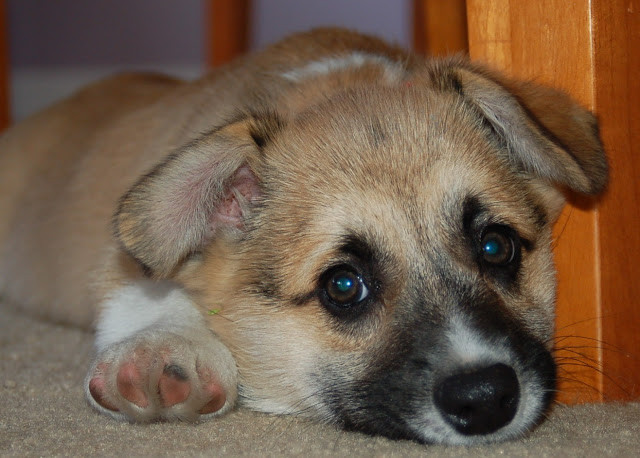 “Gryff is my son’s 4-H ‘project dog’. They train in showmanship, obedience, rally, and agility.” 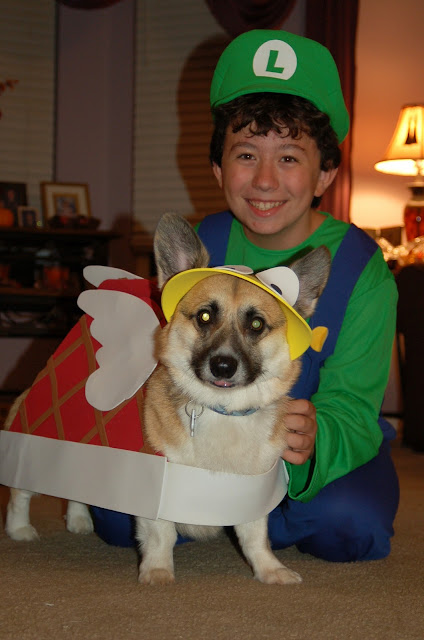 Last year they were Luigi and Koopa Paratrooper in The Daily Corgi Halloween Costume Contest.

Ten year old Frankie stakes out his favorite spot on the couch. Flooftastic.   Jasper still looks a lot like a puppy, but he ... END_OF_DOCUMENT_TOKEN_TO_BE_REPLACED