Years ago my Peggy H. and her husband thought maybe what they wanted was “a Corgi who was calm and quiet. Low-key. Un-demanding. Petfinder said, “Yeah, right.” 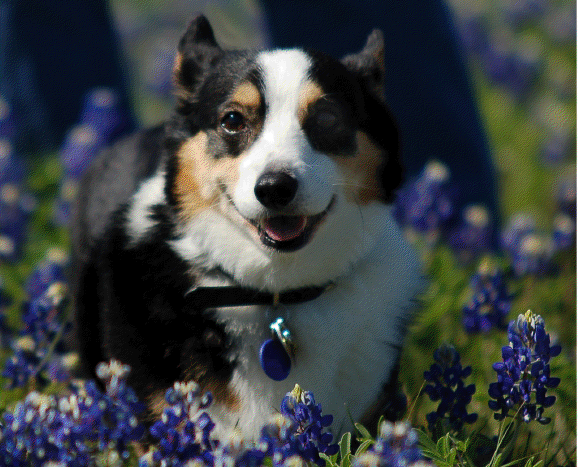 “Meanwhile, in deep East Texas there was a diligent little Pem named Gillie who worked hard as a show dog and foundation of the kennel’s breeding program. After her last litter the breeder retired (fired) her, dutiful, sweet Gillie needed a home!”
“Her friends mounted a search for someone who wanted a low-key Corgi, and soon enough I was off to east Texas to buy a dog I’d never met.” 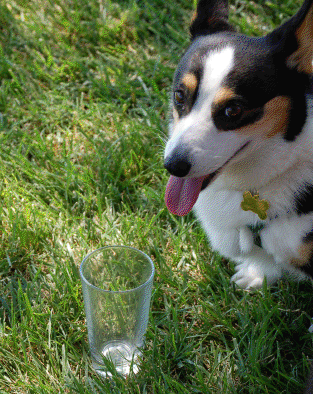 Gillie at the park, after her first week at her new home.

“For the next six months I said “Who could give up a dog like this?” to anyone who would listen. She’s just so cute, and loves meeting people and other dogs. She knew that wonderful command, “Go potty!” She loves air conditioning. She loves sleeping on the bed. She looooooves jumping on and off of the bed (don’t let your Corgi do this, kids).”
“Oddly, it took more than a year for us to connect. Gillie was a very serious little dog. No smiles, no FRAPs, no idea what to do with a toy, no playing at all. However, she needed two abdominal surgeries in the first year I had her. Maybe that helped her realize I wasn’t just a handler, and she was here for keeps. She began to blossom into a loving, cheerful and happy little girl.” 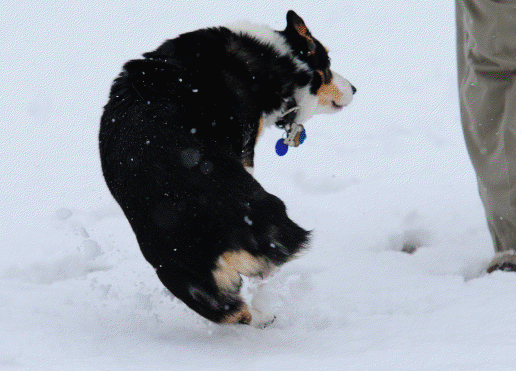 Gillie, or Hobbes? You decide.

“We got eight inches of snow last year. You Northerners may laugh, but here in North Texas snow is a big deal. We went nuts – and so did Gillie! She played in the snow! I have never seen her play before or since, but that day she completely wore herself (and me) out!” 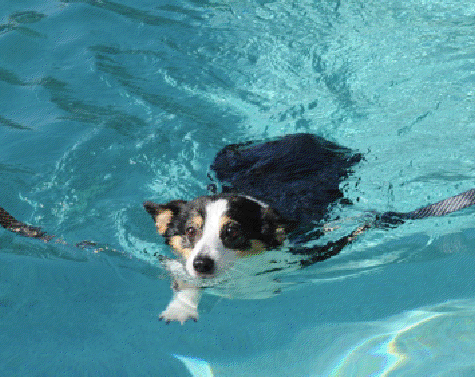 “Soon after snow day, Gillie’s chiropractic adjustments became painful and we had to stop them. Stairs became increasingly difficult. Her hind feet became pigeon toed, and now her hind legs are becoming unstable, like a top slowing down.”

“At first all of this was very subtle, and as soon as I was sure I wasn’t imagining things I took Gillie to the vet. She sent me to the veterinary neurologist, where we had an MRI and sent off for the DM (degenerative myelopathy) genetic test. She has far too many bad disks and oh yeah, is affected/at risk for DM, which we kinda already knew.”

Gillie was one of the faces of DM during The Daily Corgi’s Drive for Five to fight DM in February:
http://thedailycorgi.blogspot.com/2011/03/faces-of-dm-gillie.html
“And so it goes. DM will take Gillie’s strength and coordination from her back legs forward. If I’m very lucky she’ll retain control of her bladder and bowels; I’ve been told sometimes this happens with female corgis. How long will it take? I’ve corresponded with someone whose dog lived 4½ years. I’m taking my cue from my Gillie, for whom every day is a wonderful chance to just hang out. She’s a pretty good teacher that way.” 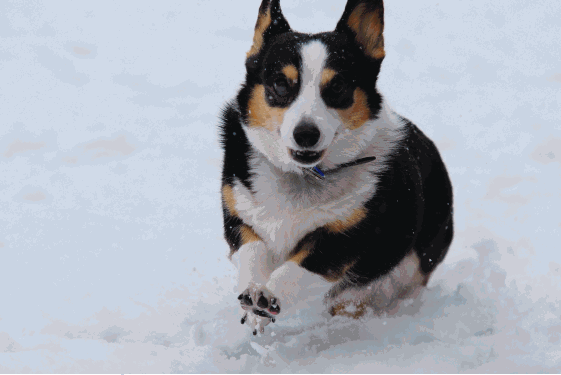 Welcome back to The Daily Corgi, lovely Gillie!

Could you be any more charming?

Ten year old Frankie stakes out his favorite spot on the couch. Flooftastic.   Jasper still looks a lot like a puppy, but he ... END_OF_DOCUMENT_TOKEN_TO_BE_REPLACED