Cathie B. wrote me recently about Gizmo, the three year-old tri Pembroke who’s her best friend and the love of her life. 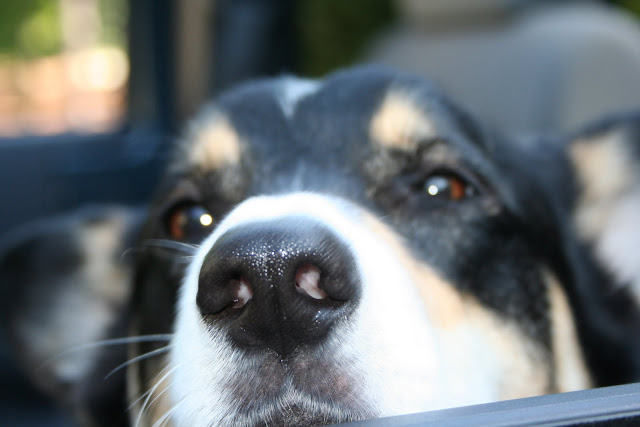 “Where I go – Gizmo goes. He can’t be close enough. Gizmo is a cuddle bug, always on my lap when I’m sitting or laying on my feet when I’m sewing or painting. If I’m not available, my husband will always do in a pinch, for a little snuggle time.” 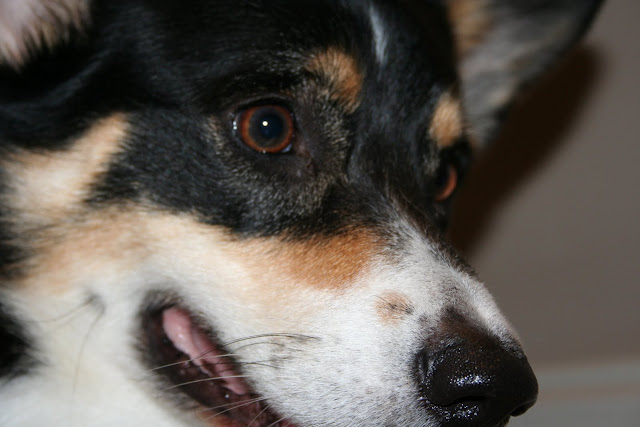 “Every morning at 5:30 am when he hears the refrigerator open and the yogurt top come off, Gizmo comes up on the couch, watches the news with me and patiently waits ’til I finish, so he can have what’s left.” 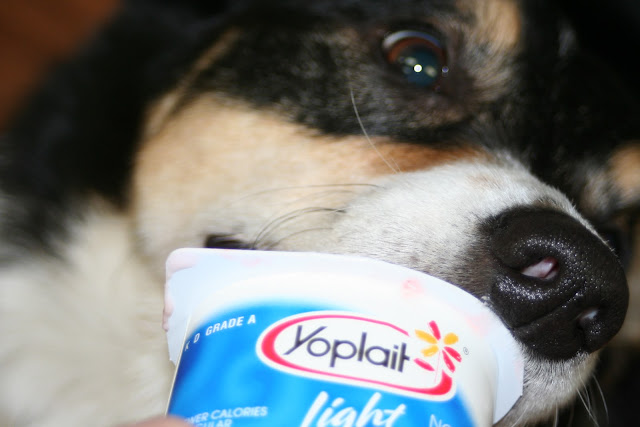 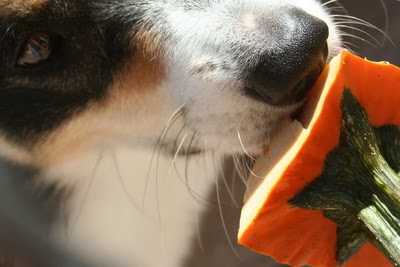 “When we carve pumkins, he wants a bite.” 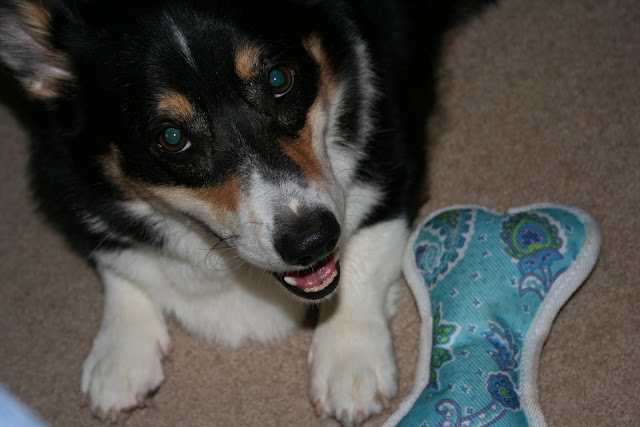 “When we pop popcorn, he’s gotta have some.”
Between his Corgi curiosity and his appetite, a gum tree pod once ended up in Gizmo’s belly … 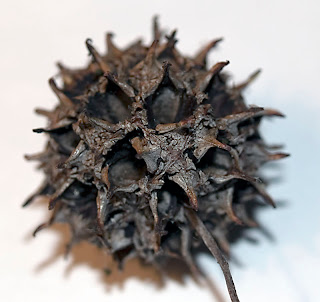 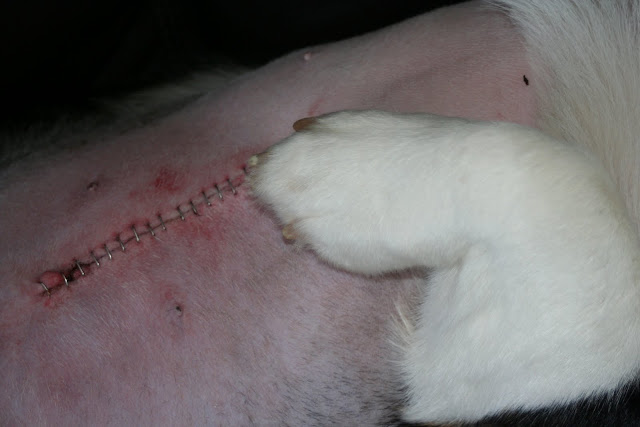 … inside and out!
Needless to say, he is no longer allowed outside without direct supervision, in spite of the electric fence around the two acres of dog roaming space.
“I had German Shepards all my life” writes Cathi. “After we lost Denver, our last one, to throat cancer, we decided we wanted a dog that was, well, more “portable,” and a bit easier to take with us wherever we go.” 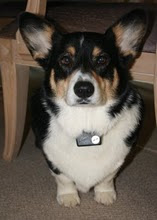 “I researched dog breads for over a month on the AKC web site, poring over physical traits, personality traits, health traits, etc., and decided that a Corgi would be the perfect fit. They are loyal, smart, energetic and healthy. Very similar in their herding instinct to a German Shepard.”

“After buying our first Corgi Toby, we fell in absolute love with the breed and wanted one more, so after a long breeder search (Corgis are hard to come by in North Carolina — at least at that time) we found Gizmo.” 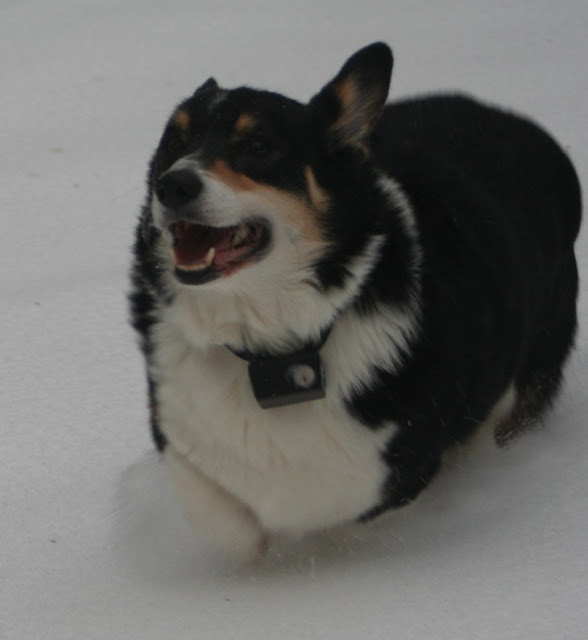 “He is impish, playful, smart, curious, affectionate, hilarious, laid back … ”

… and makes a delightful sewing assistant!”
“About a year ago, I was sitting on the couch and heard a weird noise by the kitchen table.  It was Gizmo. He was kind of half sitting and half standing, looking dazed. It was strange, but he was fine two seconds later. Two days later, it happened again; Gizmo had a full blown seizure in the middle of the night. We though he was dying. It was the most horrible thing I have ever witnessed, as I’d never seen anyone have one before. Two hours later he had another, and a few minutes after that another. Needless to say, we rushed him to the vet at daybreak.” 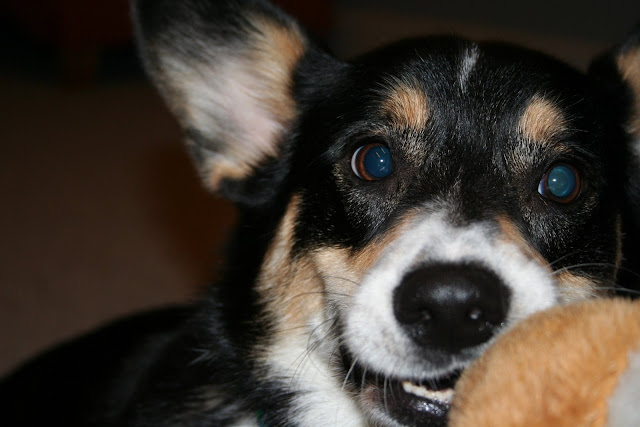 “At the age of three, Gizmo was diagnosed with Idiopathic seizure disorder. No explanation, no injury, no illness, no reason — just seizures. Lots of them. They came in clusters, which is dangerous because they deplete the body of oxygen and other things and can cause serious problems, strokes even death.” 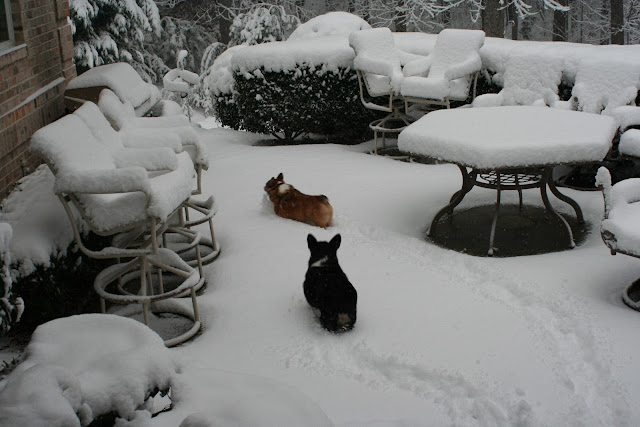 “Although we tried several treatment plans, i.e. phenobarbitol, all natural foods and treats, etc., he was still having cluster seizures. I did so much reading. There is a plethora of internet material on canine seizures. I was horrified to learn that some owners put their dogs down because seizures can be hard to deal with for some owners, as they cause some dogs to get sick, lose control of their kidneys and bowels, and can even temporarily blind a dog.” 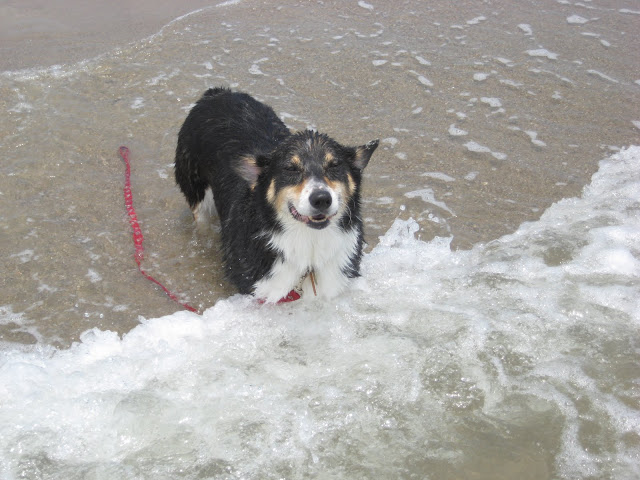 “There was no way I was ever going to do that, and I was prepared to do whatever I had to do to take care of Gizmo.  Still, it was heartbreaking to think that this sweet little guy was going to have to live his life having seizures and suffering with their aftermath, which can include severe disorientation and headaches, among other things.” 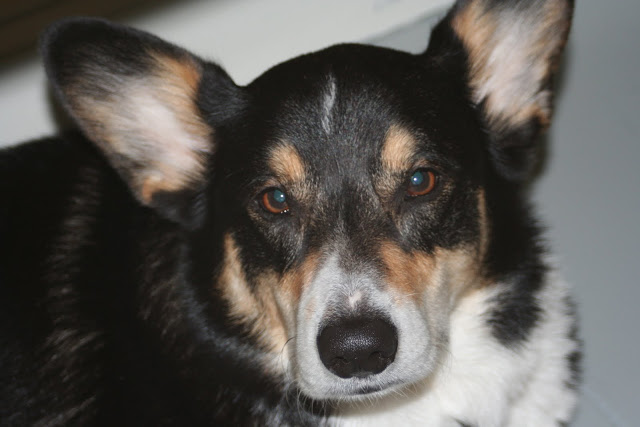 “Anyway I stumbled on a posting by someone on a message board about the phenobarbitol/potassium bromide combination that may help dogs for whom the pheno alone doesn’t help. After several months of the dual treament, (it takes a while for the level of medication to build up in the system) Gizmo is no longer having cluster seizures and has maybe one seizure a month.  They aren’t nearly as severe and last a fraction of the time (one minute as opposed to two minutes or more, which seems like an eternity.)” 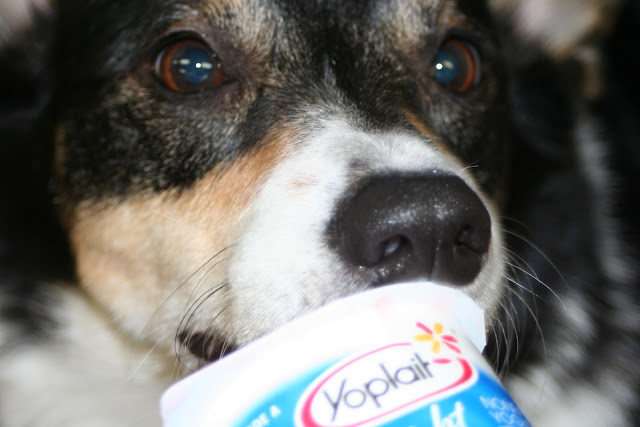 “The point of this is that if you know of any of your readers who have Corgis who have been recently diagnosed with seizures, I would love to be a support system for them. It is a very scary thing to go through and in the begining may seem hopeless, but Gizmo is here to say that with a loving owner, the right medicine and lots of love, pups can live a long, happy and totally normal life.” 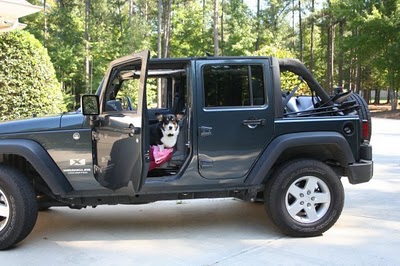 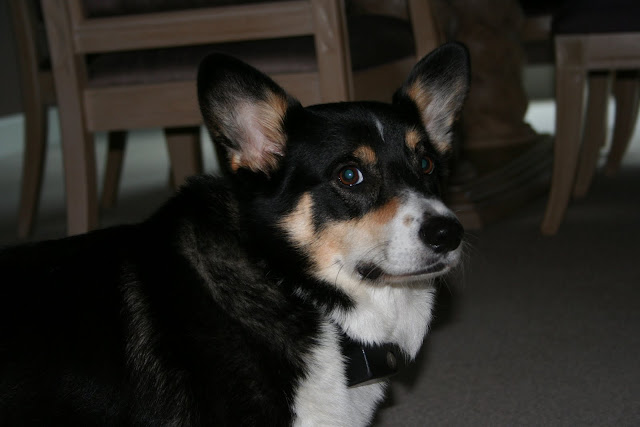 “I’d like to send the message to not give up and keep trying different things. I know lots of folks are upset at the cost of the medicine, but after a bunch of shopping around, I’ve found that I can buy both medications for under $20 a month.  Initially Gizmo’s medications were over $65 a month, which can be steep considering it’s potentially a lifelong thing.” 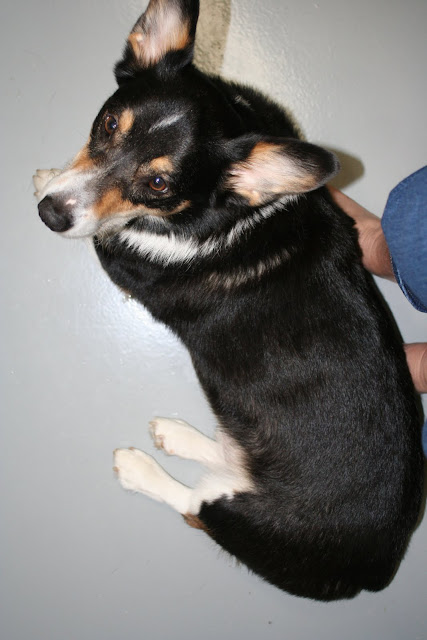 “I am glad to be able to share what I’ve learned over the past year with anyone who may need help or encouragement.”
*  *  *  *  *
Thanks for sharing Gizmo’s story and your encouraging experience with treating his seizures, Cathie!
Welcome to The Daily Corgi, devastatingly handsome Gizmo!

Ten year old Frankie stakes out his favorite spot on the couch. Flooftastic.   Jasper still looks a lot like a puppy, but he ... END_OF_DOCUMENT_TOKEN_TO_BE_REPLACED