For those of us lucky to have grown up with mothers who share our love of dogs, Mother’s Day can be an opportunity to celebrate the gift of that legacy. 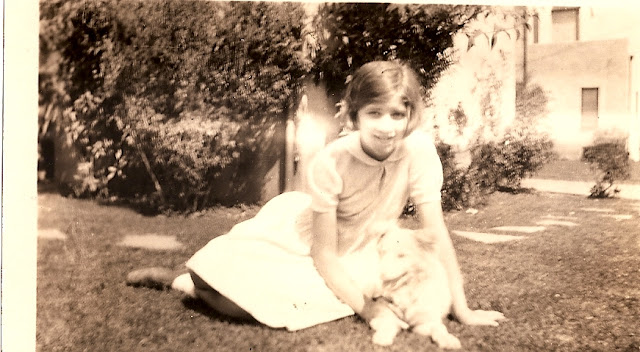 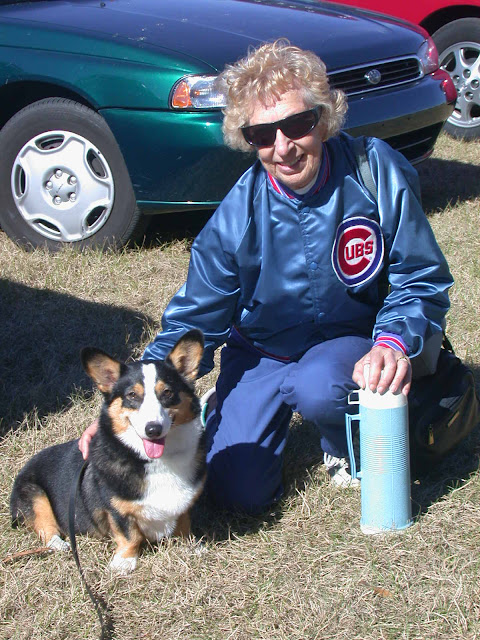 Beverly W.’s Corgi Ben and mom Karla Carrick.  “This was our first and only attempt at competition obedience and my mom was there to cheer us on.  Ben didn’t do so well in obedience (or maybe I didn’t obedience train very well).  Mom and I had a good time anyway, and Ben and I went on to find other things we liked to do together.”
*  *  *  *  * 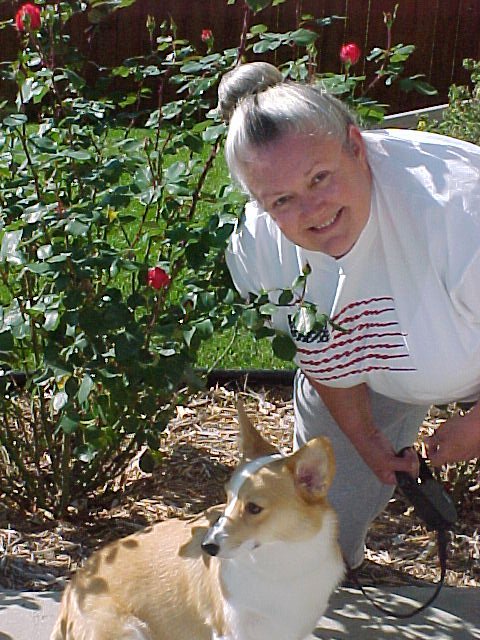 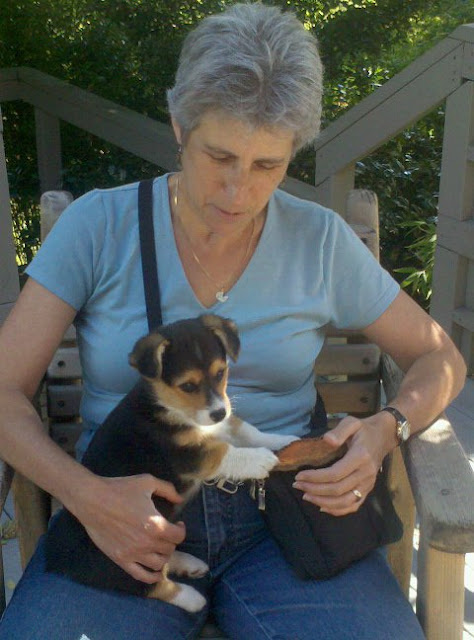 About twelve years ago, Krissy C.’s mom Elise adopted a standard Poodle. “I started her out in obedience classes, and we moved onto Agility from there” writes Krissy. “That’s where my love of showing dogs started. Elise and I would go to dog class every week with Zoey the Poodle, and it was “our thing”.  Zoey is still around but a bit old for agility work.”
“Last year, I FINALLY found Mira, the Corgi pup I’d been searching for. I knew I wanted another agility dog, and Corgis LOVE working, so, there ya go.  This photo of Elise with Mira was taken just a few days after Mira came home. My moms (I have two of them) LOVE having a grand-puppy, and Mira adores them as well. This photo makes me grin every time I see it!”
*  *  *  *  * 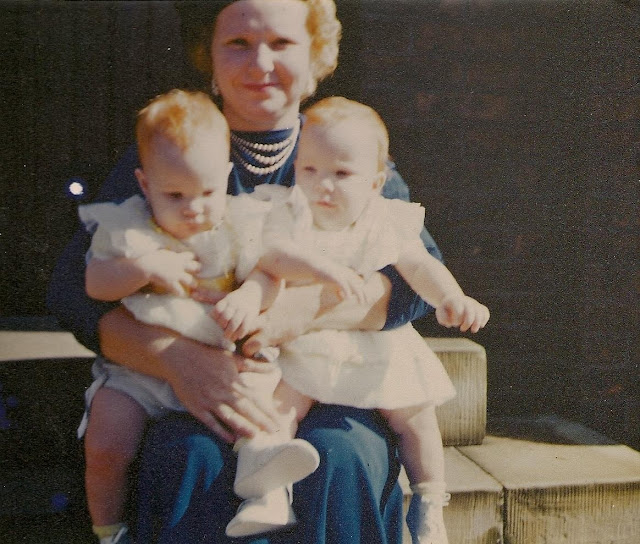 Janice M. — that’s her in Gerber baby days on the left hand side of the photo, alongside twin sister Jeanne — cherishes the memory of her mother Virginia Powers, who taught her to love and always be good to animals.

“My mother used to cook for my dad’s bench leg Beagles. We always had dogs when I was young.  I loved them couldn’t imagine my life without dogs in it.  I have three Corgis now and they are the heartbeat at my feet.  It’s true what my sister Jeanne said: “You always did want a Corgi!”
*  *  *  *  *
I’d personally like to honor a very shy Daily Corgi reader who has one of the biggest hearts for dogs I’ve ever known.
This gal is so shy I’ll refer to her only by her initials:  M.B.  (You know who you are!)  She’s a Mom to two teenagers and four dogs, two of whom she welcomed into her family just within the last year.
M. is more than just a fan of the blog, she’s become a funny and faithful friend by way of the internet and phone.  When we first “met”, she had (still has) a wonderful Corgi who has appeared a few times on the blog, and a Dachshund (bossier than the Corgi).  A while ago, she rescued a Corgi mix (Sugar) from a kill shelter, drove hours to get her and patiently cleaned out all the vomit from her car after bringing the new fur kid home.
Not so long after that, a big, gentle and lovably dorky dog showed up at her door and simply never went away.  Roscoe Patrick Chucklehead became dog #4.  He and Sugar became best buddies, and now Roscoe has a ladyfriend (Boxer) down the road.  The Corgi isn’t crazy about all of this, but she’s doing her best to adjust, and her Auntie Laurie is proud of her! 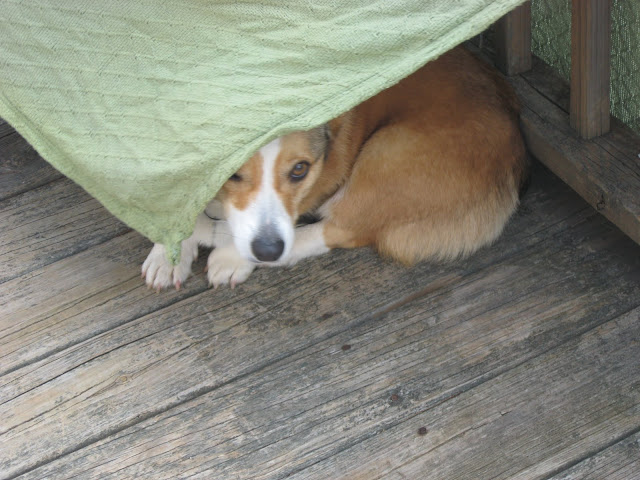 This lady’s dog-loving heart extends beyond the circle of her own crew to neighborhood canine bon vivants Tanner and Little Black, who visit her house during their social rounds.  She’s helped treat Tanner for his mange and done her level best to help all of these dogs get relief from pesky fleas.
M. works hard and isn’t rolling in clover, but for these dogs her wallet is open.  She is a person with a deeply generous soul and a boundless affection for dogs, and she is (no small thing) a talented and hilarious writer.
Well M. — and Moms everywhere — here’s to YOU, for all you do!  Whether you’re Mom to fur kids or human kids (or both), this is your day! 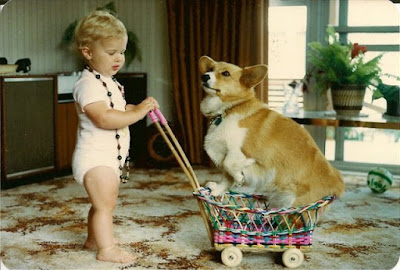 via Crochet With Raymond

Ten year old Frankie stakes out his favorite spot on the couch. Flooftastic.   Jasper still looks a lot like a puppy, but he ... END_OF_DOCUMENT_TOKEN_TO_BE_REPLACED