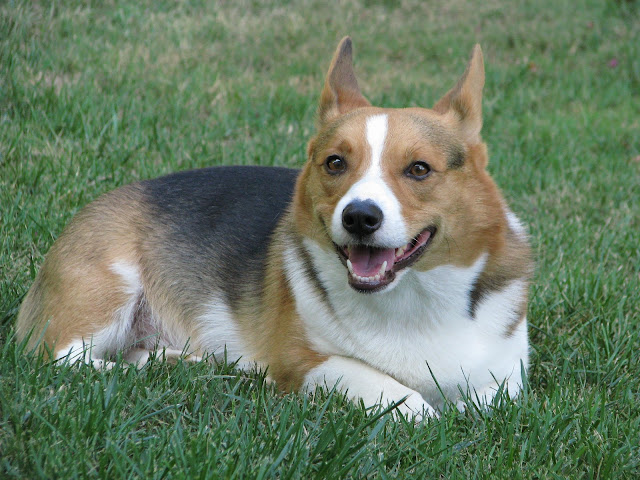 To his daddy David F., Bubba is a best friend, a family member, the apple of his eye and the sweetest little guy in the world. 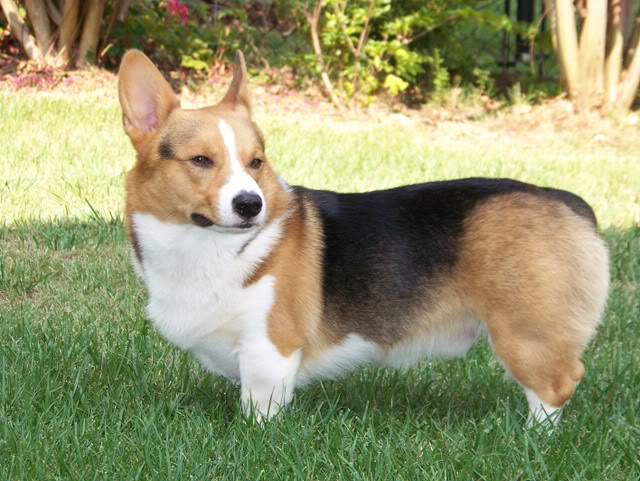 “Bubba came into my life four years ago this past July” writes David.  “He was nearly three years old when we met, and he didn’t warm up to me right away.  After a few months of not hearing him bark, I began to wonder if Bubba even had a voice!  He finally found it one day when the UPS guy rang the doorbell.” 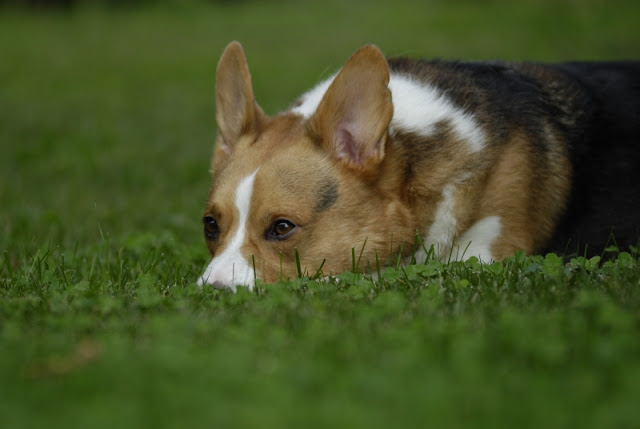 “Bubba’s not a typical Corgi. He couldn’t care less about chasing a ball, or anything else for that matter. He’s a laid back country boy who prefers the couch over long walks or being outside for hours at a time.  My boy has never shown any kind of aggression, and if he gets barked at he rolls over on his back!”
“Bubba doesn’t care if you reach into his food bowl and readily shares it with other dogs. You can trim his nails, brush his teeth, clean his ears, groom him, bathe him … he doesn’t care what you do to him, he just lets you have at it!” 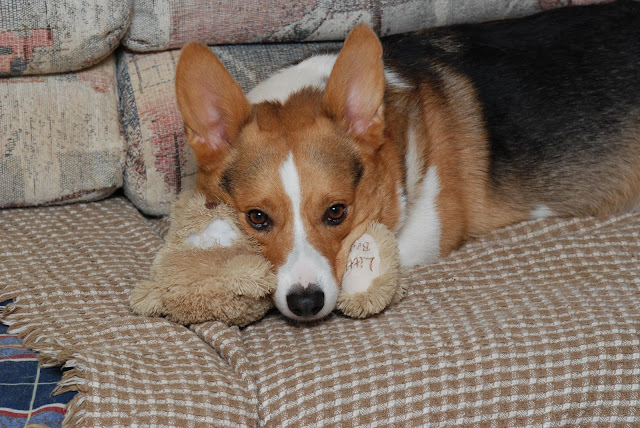 “General Patton would not have liked Bubba.” 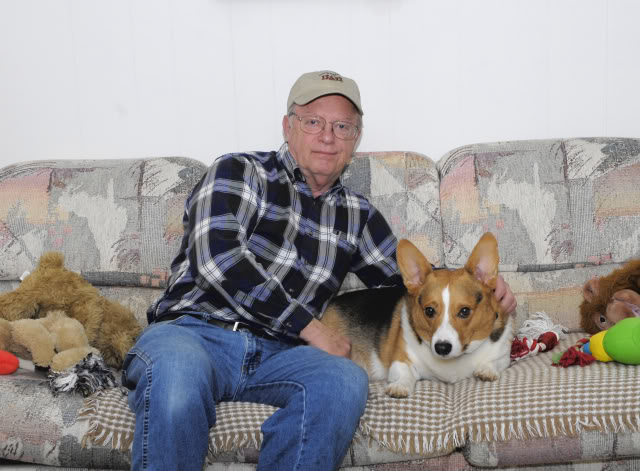 “From the start, I wanted him to feel right at home.  That meant being on the couch with me, but I had to pick him up and put him there. It took a couple times, but he caught on pretty quickly and I’ve never had to coerce him again. Bubba loves being there now, especially when he knows there’ll be snacks waiting for him!” 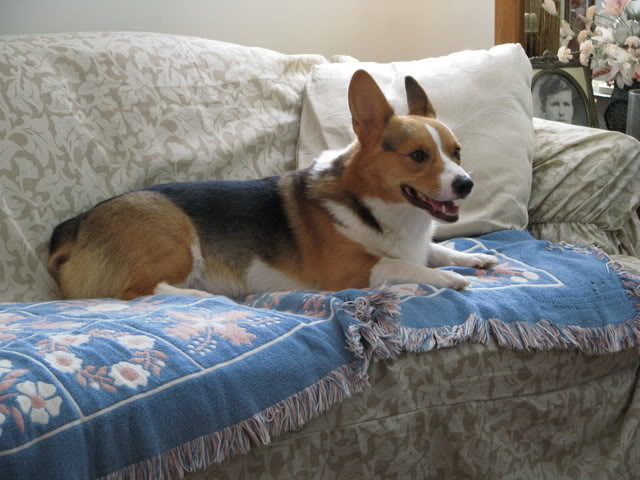 Watching his favorites on TV:  Westerns and Animal Planet. 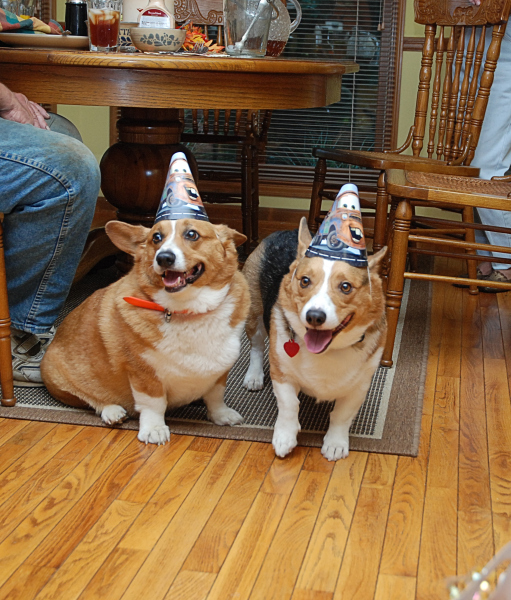 Bubba at his fourth birthday party with bud Sunny.  “He sure loves Sunny.” 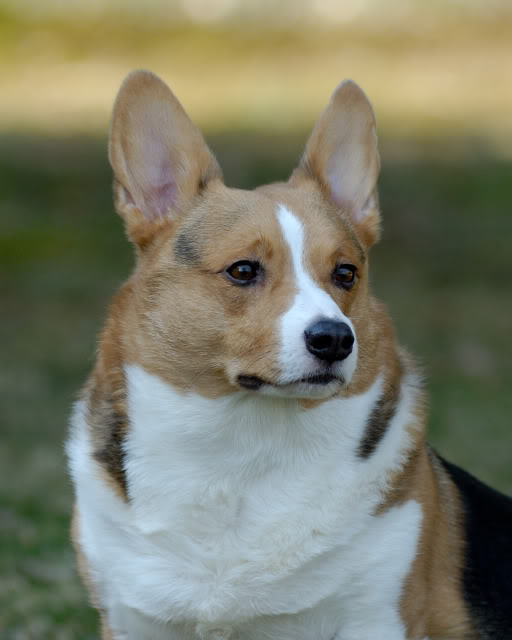 “Bubba is very stoic and doesn’t generally warm up much to other dogs or people.  I am his one exception; with me, he’s like the proverbial shadow. Corgis, like all dogs and humans, have their own personalities. Out of five kids in a given family, each has a different personality.  So do dogs.” 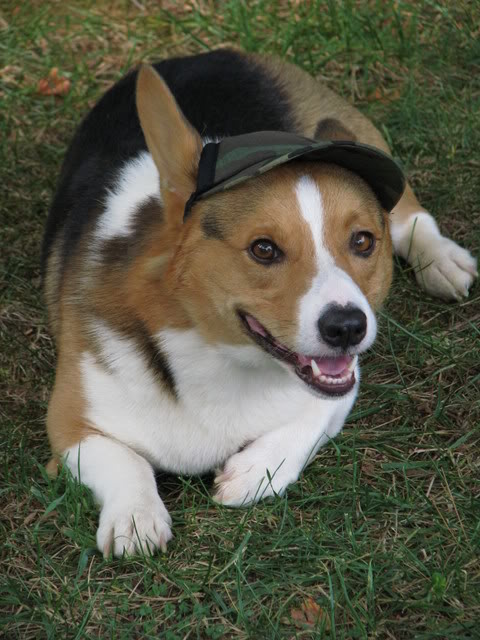 “That said, no other breed has ever so completely taken my heart. For me, there’s just something special about Corgis. Maybe it’s their demeanor or the funny little way they run like a rabbit and those big ears.  Combined with a good personality, it’s just a winning combination.  More than that, who doesn’t love puppies?  Corgi and Golden Retriever puppies are the cutest creation on this planet! I could hold them all day long.” 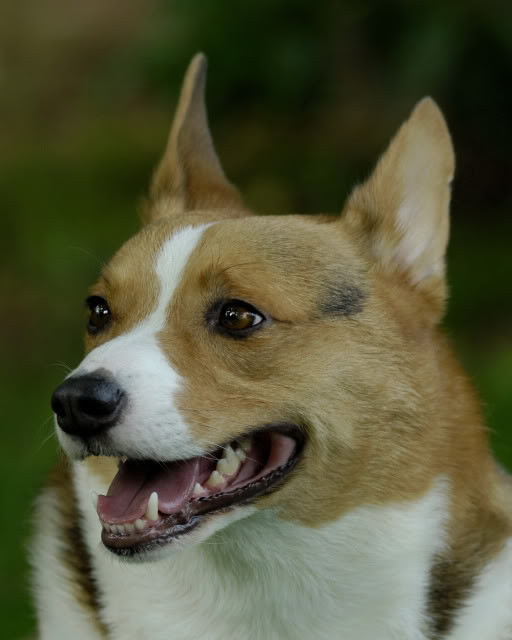 “Bubba is one of the most photogenic “people” I’ve ever seen. It’s like you just can’t get a bad shot of him.  You pick the right moment and you’re blessed with a precious memory.” 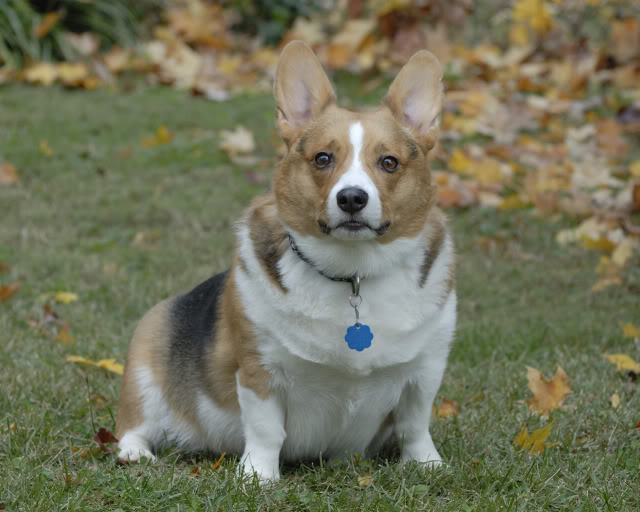 “I probably have thousands of shots of him from the past four years.” 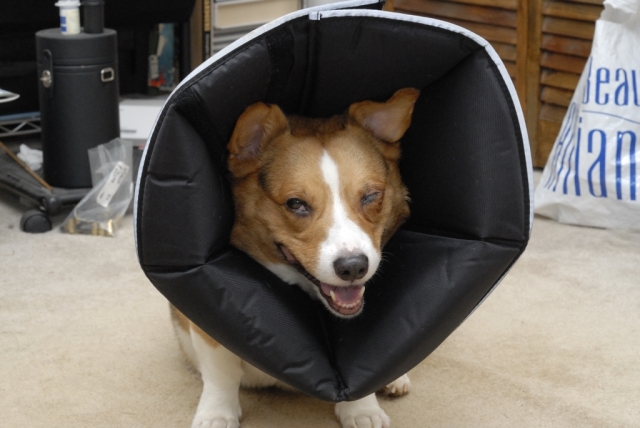 “Right now, Bubba’s battling a second bout with a corneal ulcer. Last Summer he had his first ulcer in his other (right) eye. It just came out of the blue and we couldn’t figure how it happened. It took four months to heal. This time I hope to get it cleared up much sooner than that.  I wish I could get to the bottom of why this is happening, as it’s not self-inflicted, scratched or scraped.  It’s like it just happens.” 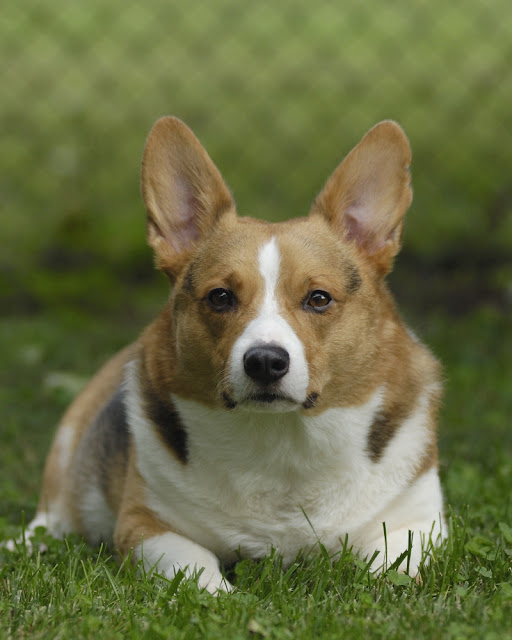 “He’s had no physical problems other than that, so I’ve been blessed.  Blessed by just having Bubba to take care of and in return basking in his unconditional love and devotion.  He turned seven this past August and got a steak for his birthday dinner, followed by a sweet potato for dessert.  Like all Corgis he’s a chow hound;  you’d think he hadn’t eaten in a week after he got through with all that!”
“I hope we have many more birthdays together, as there will never be another Bubba. My heart is wrapped up in him and he gets treated like royalty.  He’s all I’ve got so he gets the best of everything!”
*  *  *  *  *
Bubba, you are some kind of WONDERFUL!
Welcome to The Daily Corgi!

Ten year old Frankie stakes out his favorite spot on the couch. Flooftastic.   Jasper still looks a lot like a puppy, but he ... END_OF_DOCUMENT_TOKEN_TO_BE_REPLACED