Grant and Cheryl H. are relatively new to the world of Corgis.  “We owned Reba — a sweetly neurotic Beagle — for eight years” writes Cheryl.  “Sadly, because of health issues we had to put her down in February.  Because I had picked Reba from the Humane Society, we agreed it would be my husband’s turn to pick the next time around.” 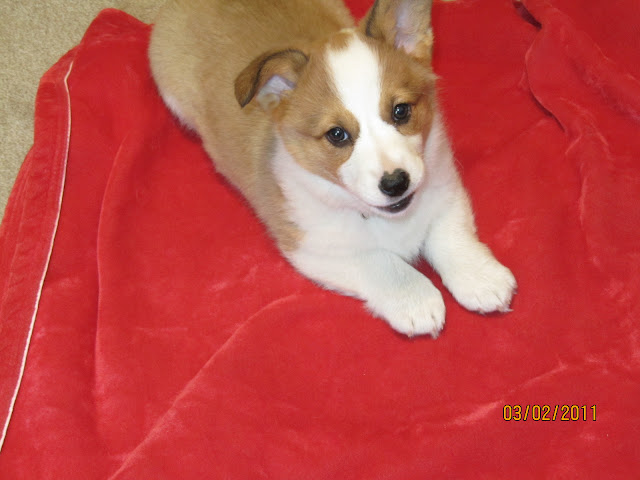 “Very shortly after losing Reba — and still crying over her — Grant announced he was ready for another dog.  A Dachshund or a Corgi. That was Friday;  by Monday evening we came home with Ginger, just eight weeks old and the last of her litter to go. The breeders were lovely farm people whose children had raised Corgis as FFA projects (Future Farmers of America).”
“She was a sweet little fluff ball and a real smartie, housebroken in no time flat.” 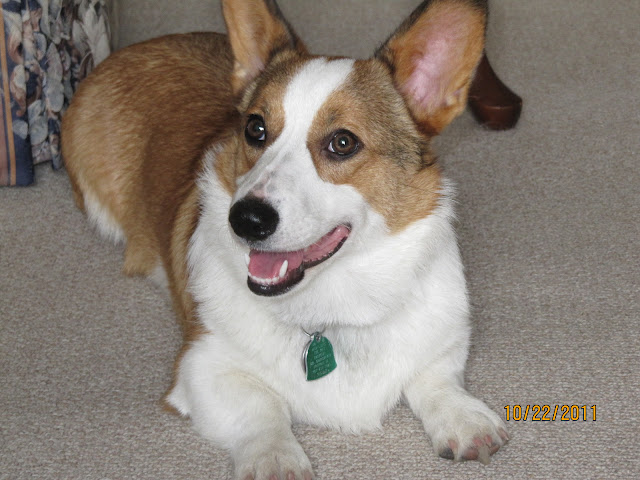 “Although Ginger reveled in playing, eating and just being with her family, a few months later we could tell she needed a companion.  Although I work from home, I wasn’t able to give Ginger the proper stimulation an energetic Corgi needs.  We started talking about getting a second dog and called Ginger’s breeders to inquire about a pup, but they’d decided not to breed any longer as their kids had gone off to college.”
“We continued to search until we found Penny, another FFA project pup just a few weeks younger than our Ginger. To us it seemed like fate.” 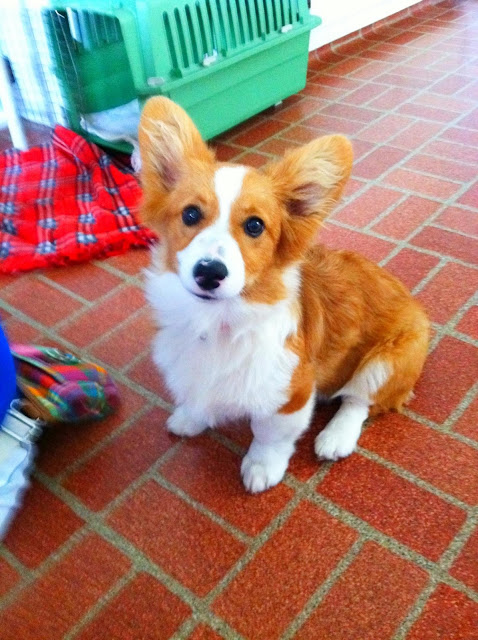 “After driving six hours to meet the new little one, I absolutely fell in love the moment I laid eyes on her.  Penny is a true fluffer, which we later learned isn’t a desirable characteristic for breeding or showing, but that didn’t matter to us in the least.  We named her Penny because her coat is such a copper color.” 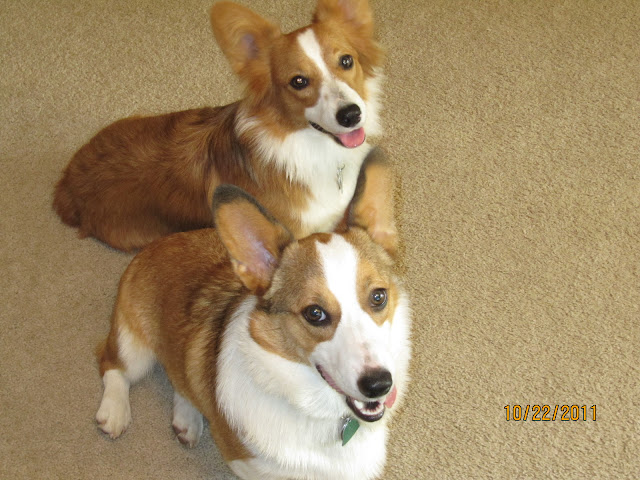 “Ginger and Penny have been inseparable since day one.  They’re quite compatible and get along well most of the time, despite the occasional squabble over a toy.”
“When Penny first got to our home, I thought she might have an ear infection because her ears always seemed wet. Come to find out Ginger thought Penny was her living chew toy!  She is definitely the alpha dog, a little bossy and loud at times, but Penny doesn’t seem to mind.  Both girls love to wrestle, and of course there is a lot of frapping.  Our house is a large L-shaped ranch, apparently the perfect design for Corgis to run the full length and back.” 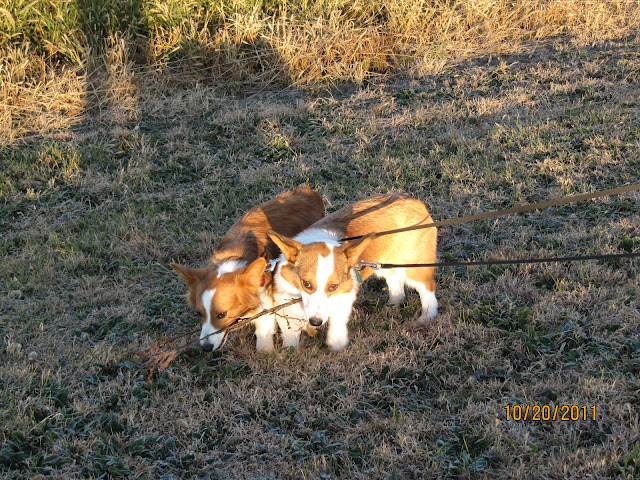 “One of their favorite things to do outside is pick up a stick to carry in tandem, opposite ends of the same stick in their mouths. They appear to be “yoked” together!”
“Ginger and Penny like to play fetch indoors.  While Penny enjoys a fast paced game, Ginger prefers the game I call “Stuff It”, where she hides the red Kong ball or stuffs it under a piece of furniture.  Then she’ll bark and bark until a human retrieves the ball and throws it again.  Being the faster of the two, Penny will sometimes drop the ball on purpose to let Ginger slow the pace and “stuff it.” 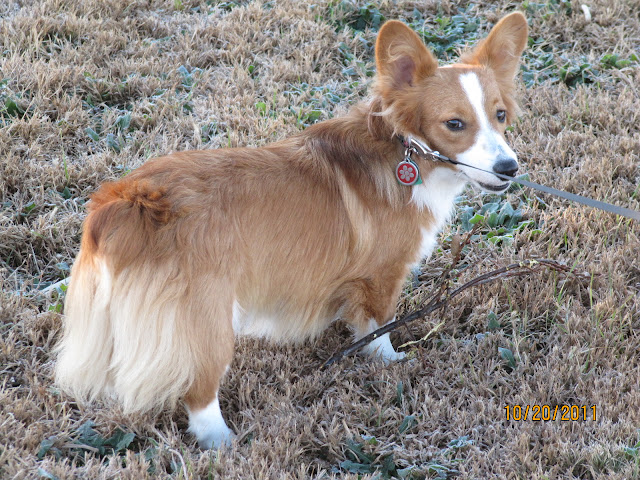 Ginger and Penny are absolutely wonderful, bright dogs.  We are so blessed to have them in our lives!
*  *  *  *  *
Welcome to The Daily Corgi, Ginger and Penny!
May you frap on happily for many more years!

Ten year old Frankie stakes out his favorite spot on the couch. Flooftastic.   Jasper still looks a lot like a puppy, but he ... END_OF_DOCUMENT_TOKEN_TO_BE_REPLACED