Doug K. says Gromit is delighted to be featured in the Daily Corgi, as long as he’s paid with a biscuit: “I’ll bribe him for you.” 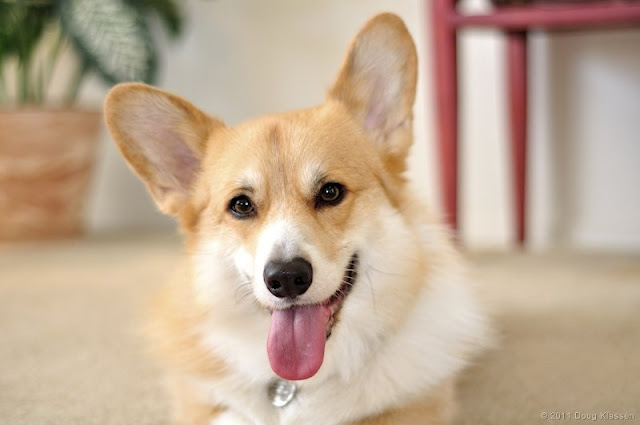 Thanks Doug!  Time to break out the biscuits.
“My big, hairy friend was born in September 2009 and came home to Arizona in late December. I’d lost Watson in March of ‘09 and his sister Tinsel to DM in November. I was heartbroken to lose both of my dear pals in the same year (they were brother and sister) but when my breeder told me she had two pups and I could have one, how could I not at least look at them?” 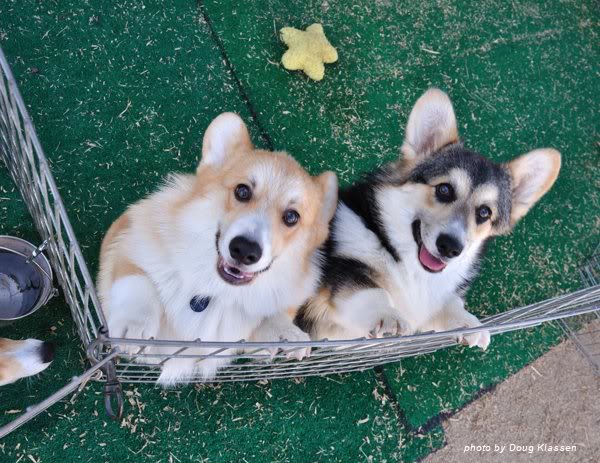 “Naturally, I was a goner when I saw them. The only question was which one to pick. Gromit (officially Coalbyn’s Time for Dreams) seemed a tad bit more gregarious and wasn’t a tri-color, so I decided he was the better choice.” 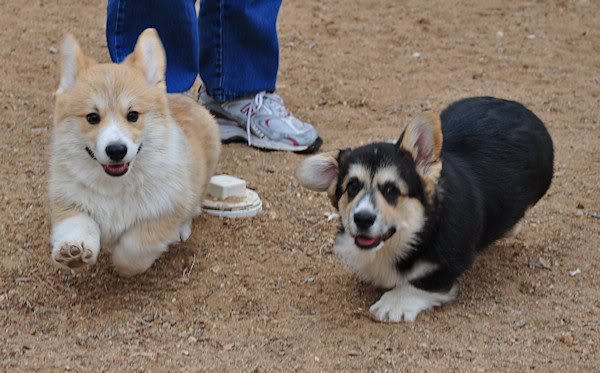 “I’d have been happy to take both Gromit and his brother but that wasn’t possible, so his brother Night stayed behind in California and has been doing the dog show circuit.” 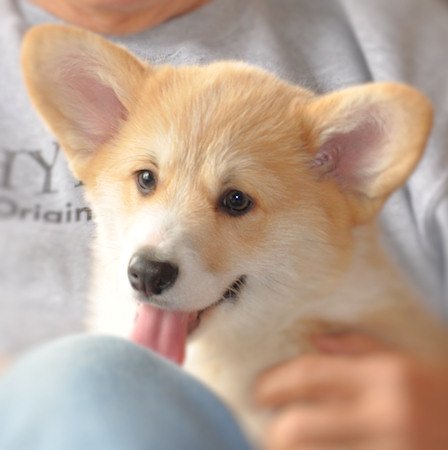 “I was surprised and delighted to discover that the sire of my two previous Corgis was Gromit’s great grandfather. Gromit didn’t seem to care about that, but I was pleased to have a small link to my beloved Watson and Tinsel. I worried when I got Gromit that I might expect him to be like my first two dogs, which is one of the reasons I didn’t want another tri-color.  I was concerned about placing the wrong expectations on my new friend.” 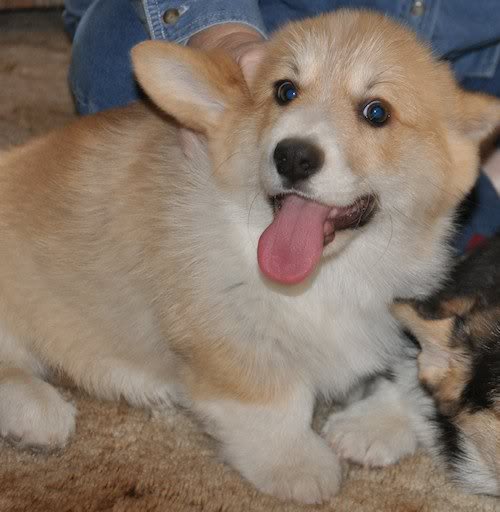 “As someone wise once said, a new dog can never take the place of an old dog, but in time will make a place for itself.  Gromit has certainly done that.  He’s a fine and lovable friend and very much his own, unique, Corgi self.” 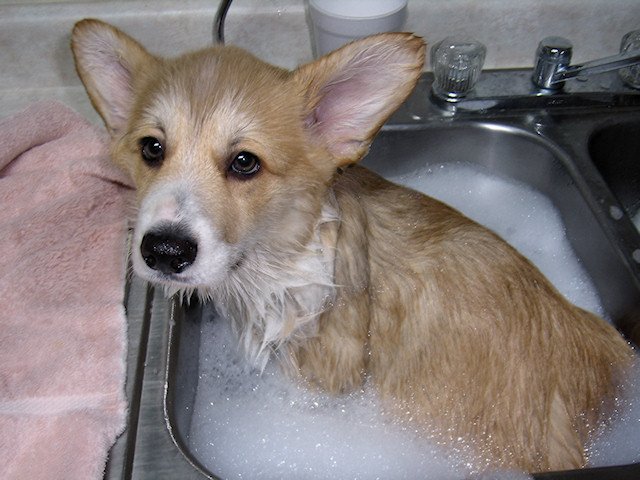 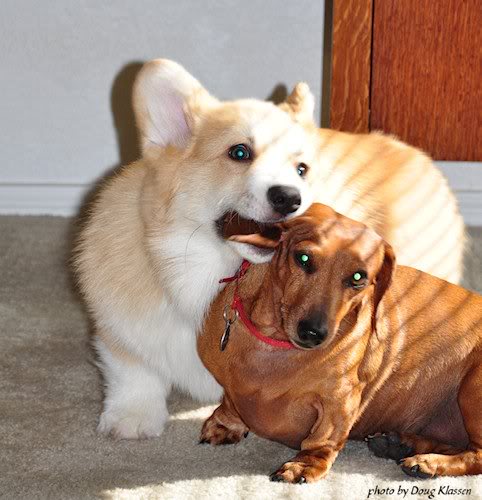 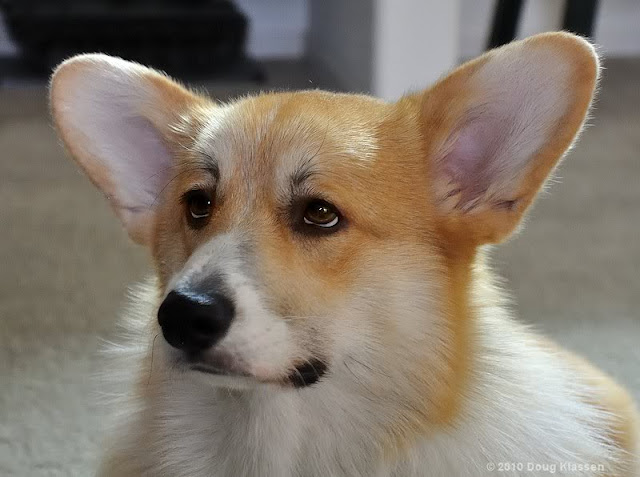 Is this neutering business really necessary? 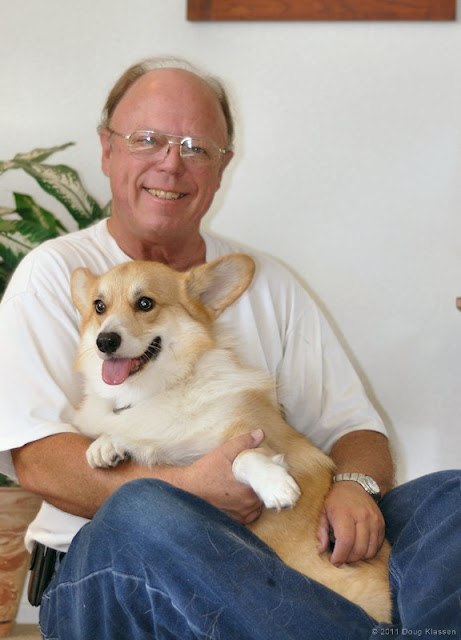 “Gromit grew like a weed.  He’s always been a big guy, 14 pounds at 12 weeks old and now a solid 32 pounds. He’s good natured, loves everyone, and very keen on being a lap dog.” 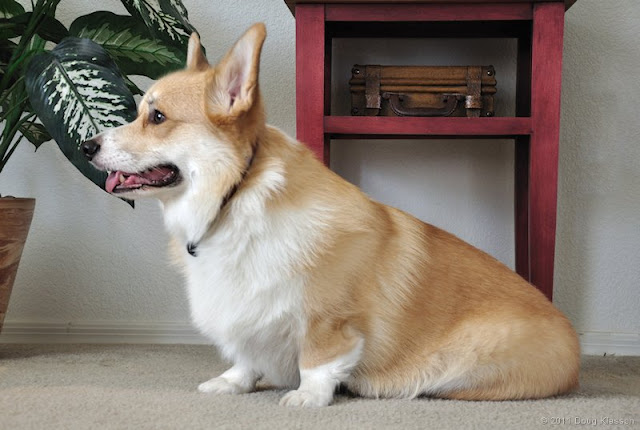 “He’s a bit of a lug, not all that graceful, and with his heavy coat reminds me of a sports jock in a baggy sweatshirt. His coat is a little longer than normal;  some people call it a “glamour coat” but it lacks the overall length and wild feathering of a fluffy.” 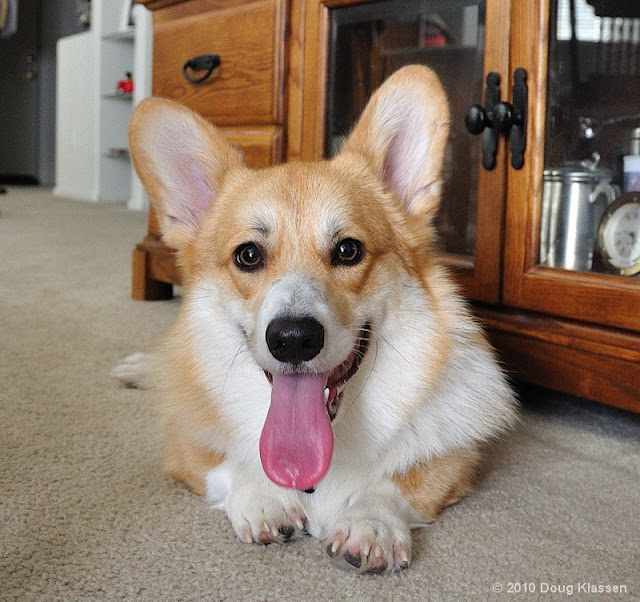 “I’ve spoken with Gromit about his constant shedding but he just gives me a look that says “You must embrace the fur, Doug.” At my house he’s only supposed to keep off of the kitchen counters and dining table, so the evidence of his presence is well established everywhere else no matter how much I vacuum. Most men would dream of a new fishing pole, sports car, or hot girlfriend. I dream of a heavy duty Dyson vacuum cleaner.” 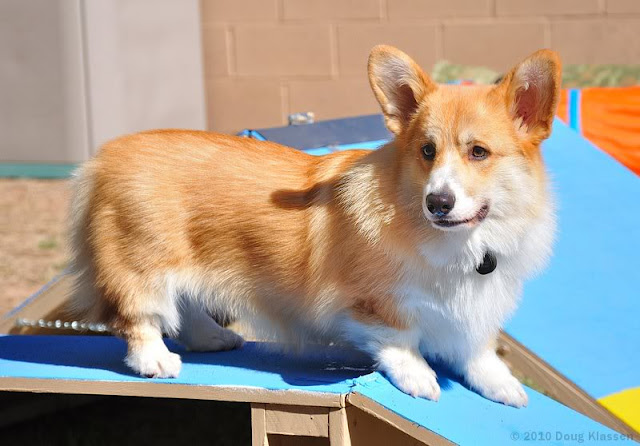 “After a time I decided Gromit needed some extra fun in his life so I built him a Corgi sized agility course in the backyard. With some persistent training by his friend Debbie, he quickly mastered everything but the weave poles. Those took a little longer, but he finally figured them out and goes through them easily now. We don’t run the course for speed, it’s too small of a yard, but it’s great fun and good exercise for Gromit. He seems to like the dog walk the best and will sometimes just walk over it because he wants to when we go to take out the trash barrel.” 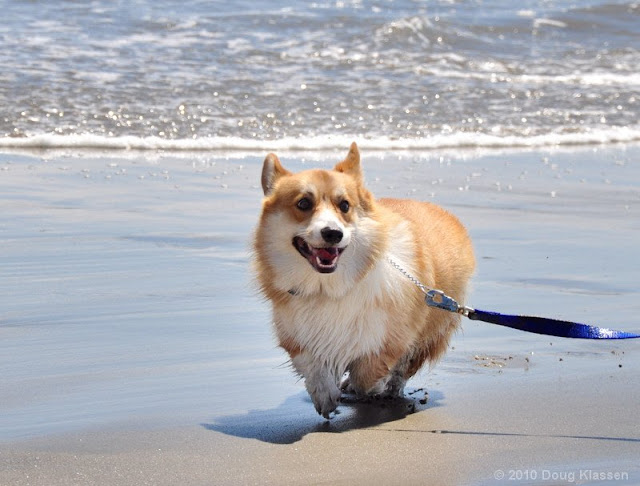 “Unlike some Corgis, Gromit’s never been especially mischievous.  Beyond devouring the legs on three dining table chairs when he was teething, he’s been amazingly good. His favorite things are walkies, playing chase, and cow hooves. He’s a powerful chewer who quickly destroys mere rawhide. A fair number of flip flop sandals have met their doom in his mouth too, but they do look sort of like chew toys so who can blame him?” 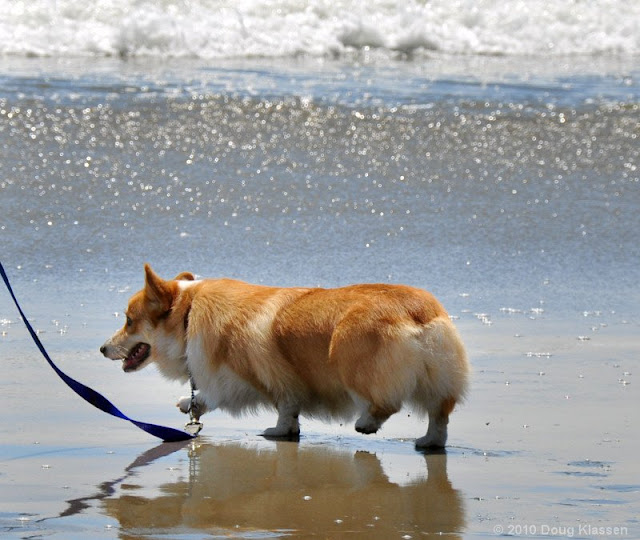 “Even though Gromit is very laid back — some might even say a bit lazy — he’s always ready to play chase.” 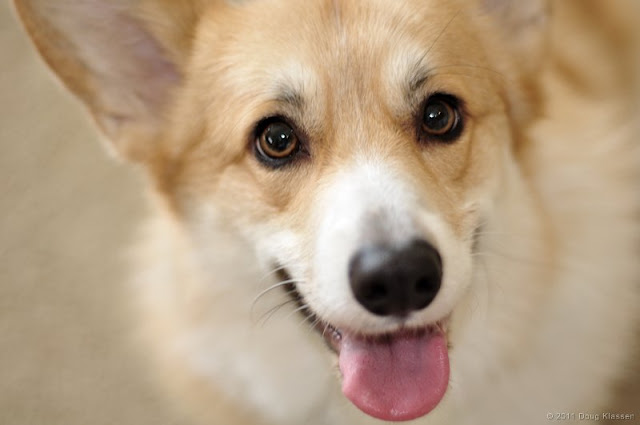 “Because I’m poor at running under the dining table and out the doggie door, Gromit is in need of a pal his own size.  I’m hoping to get him a Corgi pal of his own next year.”
*  *  *  *  *
Gromit, you are barOoOoooo-tiful!
Welcome to The Daily Corgi!

Ten year old Frankie stakes out his favorite spot on the couch. Flooftastic.   Jasper still looks a lot like a puppy, but he ... END_OF_DOCUMENT_TOKEN_TO_BE_REPLACED