This is the story of how one routine surgery and the resulting humiliating headgear turned into a super successful spur of the moment fundraiser for CorgiAid. If you are a regular resident in the world of Facebook, then you have most certainly come across Spark Plug once or twice. Spark Plug is a pretty typical Corgi boy…
…he’s handsome… 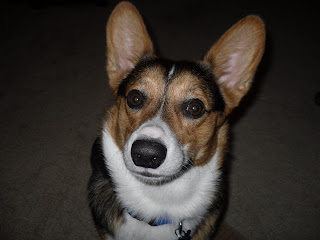 …he loves to romp on the beach… 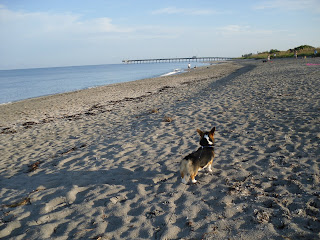 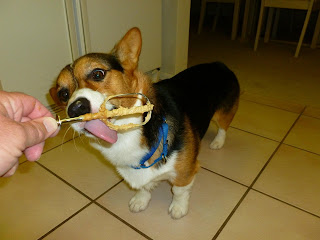 …he loves to go for walks…
…his Corgi bum is exquisite… 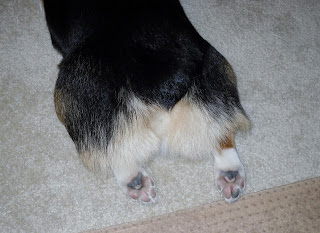 …and he’s got a KILLER smile! 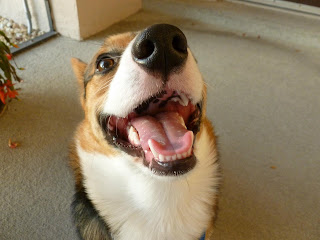 Like most Corgi boys, Spark Plug had to face the vet’s scalpel last week and gave up his “berries” (as they have been fondly referred to). We all know what that leads to: The Cone of Shame. 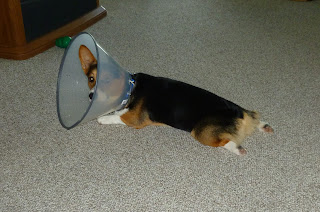 Spark Plug was none too fond of his new headgear abomination. He tripped over it, it got in the way when he was trying to eat and it hindered his most favorite activity…. chasing squirrels! (Spark Plug is his neighborhood’s watch dog for all things non-Corgi.) After a couple of days of enduring lots of good natured teasing from all his great buddies of The Corgi Nation on Facebook, he took matters into his own paws and managed to free himself! 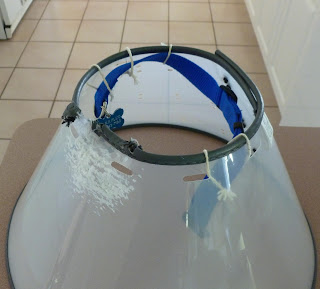 Spark Plug’s Dad surrendered and agreed to keep the cone off for good. Just for fun he decided to offer it up on Spark Plugs Facebook page for .99 cents!! And the rest (as they say) is history. Little Chloe Anne Johnson offered to pay $1.01. Then Jacki Murray came along and offered $10.00. The next thing Spark Plug knew it was a full blown auction! He autographed the cone, took a new photograph, posted it, and for the next 46 hours it was off and running!! 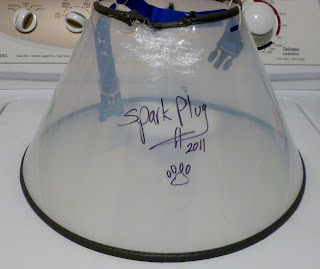 Suddenly offers were coming in to sweeten the pot. Vickie Ross offered to include a personalized hand embroiderd 30×30 fleece blanket. Deb Reid offered a cool2bcorgi mug. Tina Garrison offered to include some Seeds of Happiness. And yes… even Laurie Eno of The Daily Corgi joined the fun and offered a honking great dog toy!

The bidding war was on, with bids going up by $10 increments as everyone watched with growing excitement. The high bid was constantly changing hands….$30, $50, $60, $75 ….. followed by a match challenge started by Truman Corgi. He said if the bid got to $150 he would match it! The gauntlet was thrown and low and behold the bid reached $150 and true to his word Truman Corgi went right to CorgiAid’s website and sent off his generous donation.

Amy Carmona kept the excitement going when she offered to take back toys she had purchased and opt out of the corgi Christmas card exchange in order to fund a matching pledge if the bidding got as high as $500!!!

After 46 hours of fun and fundraising the auction came to an end on Sunday, December 4th at 5PM EST. When all was said and done the final total pledged to Corgi Aid was a whopping $1430.00!!!!

Spark Plug was humbled and amazed that his fun little joke turned into a great way for raise awareness and funds for Corgi Aid! And he wants to thank all those who helped to make it possible!! They are:

A big thank you once again to everyone involved in this amazing impromptu fundraiser for a great organization and a great cause. I’ve said it once, I’ll say it a million more times…

Ten year old Frankie stakes out his favorite spot on the couch. Flooftastic.   Jasper still looks a lot like a puppy, but he ... END_OF_DOCUMENT_TOKEN_TO_BE_REPLACED