Colleen K. is a lucky young woman:  she’s a second-generation Corgi owner. When she was just seven years old, her family acquired their first Corgi, Mac. Within a year, Alex arrived to make it a two-Corgi family. Five years later, the family welcomed a new puppy. Young Colleen named him Rio. 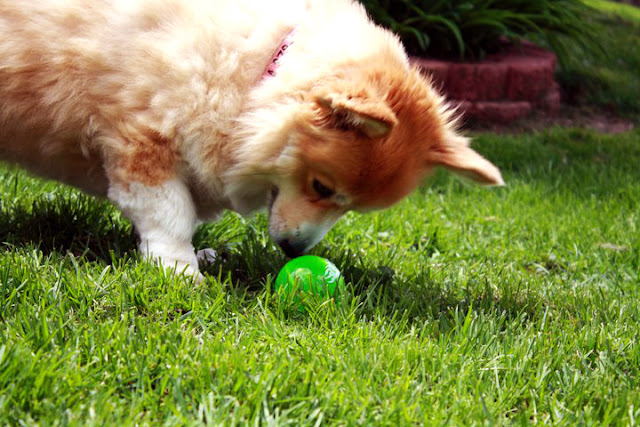 Sadly, the family said farewell to Mac and Alex in ’06 and ’08, but Rio is still going strong at age 11 ½. Colleen writes, “Rio is still his same old playful self as when he was a puppy. He will still chase the ball (although his hip dysplasia prevents him from playing to his heart’s desire), bark at the vacuum and scarf a sandwich out of your hand with lightning fast speed. Rio is a bit of a challenge to photograph, as he is scared of cameras. As soon as he hears one turn on, or hears the shutter click, he’s gone.”

The family adopted five-year-old Ella in 2008 to lift their spirits after losing Alex. Ella is a true princess, Colleen reports. 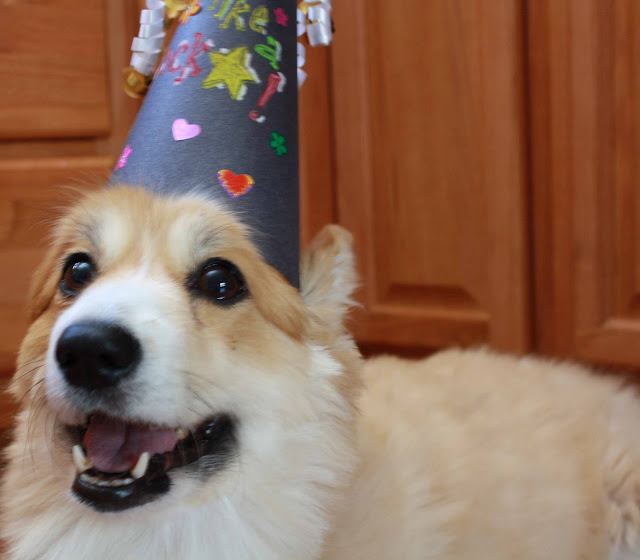 “She must have her way at all times, and was not overly enthusiastic about wearing a hat for Rio’s 11th birthday party! She has a deep aversion to doors and in true Corgi fashion, is passionate about food.” 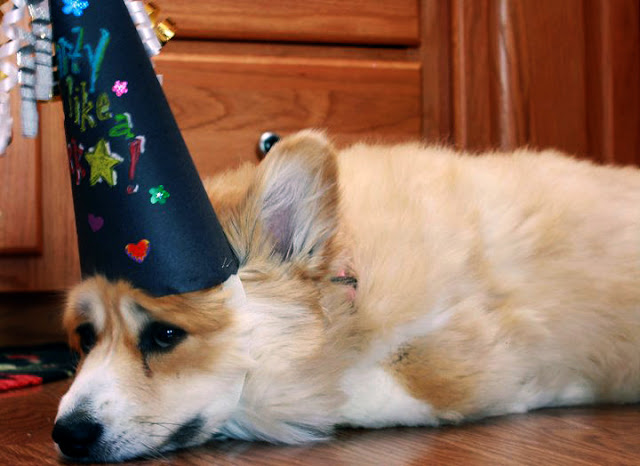 Now our story finds Colleen a grown-up young lady with a boyfriend and an apartment of her own, two hours away from Mom and the Corgis. What to do? Enter Uno, a one-year-old rescue Colleen adopted in July of 2010. 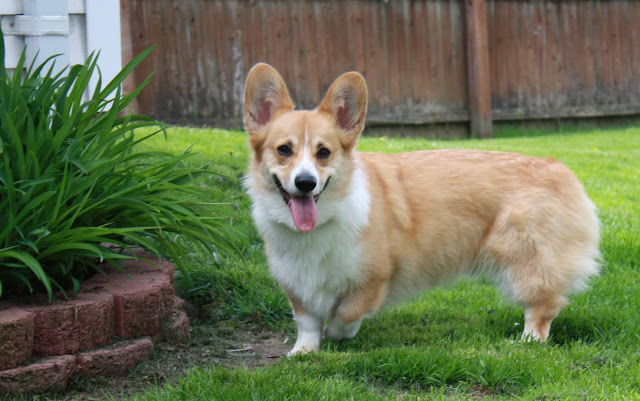 “Uno has been making us laugh ever since [we got him]. He loves to cuddle more than any of the other Corgis, and will sit on your lap for hours on end if he is allowed. He loves to play ‘stick’ although he is not adept at bringing it back (yet).” 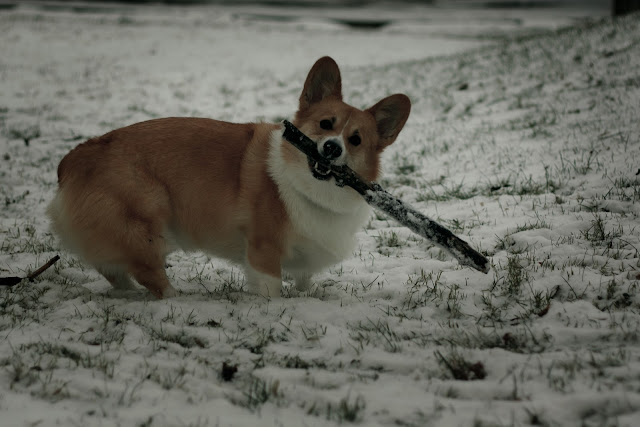 “Uno goes almost everywhere with us. He loves to go for rides, has a particular fascination with banana Runts, and for some reason loves the word ‘ostrich.’ Every time it is spoken he responds by either barking or running frantically around in circles.”

Uno loves to play with Rio and Ella when Colleen visits her Mom. “Uno idolizes Rio and loves to play fetch with him; even though he can’t quite grasp the concept of the game, he still tries.” 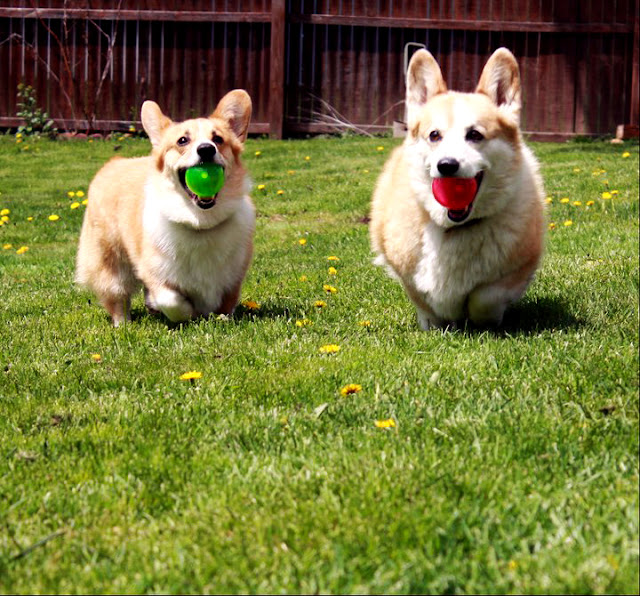 “Ella isn’t one to fetch but enjoys taking the ball from the other dogs.”

For now, Uno is enjoying being the only Corgi in his home with Colleen and her boyfriend, but she feels that in time he will be getting a sibling: “We would absolutely love another Corgi in the house.” 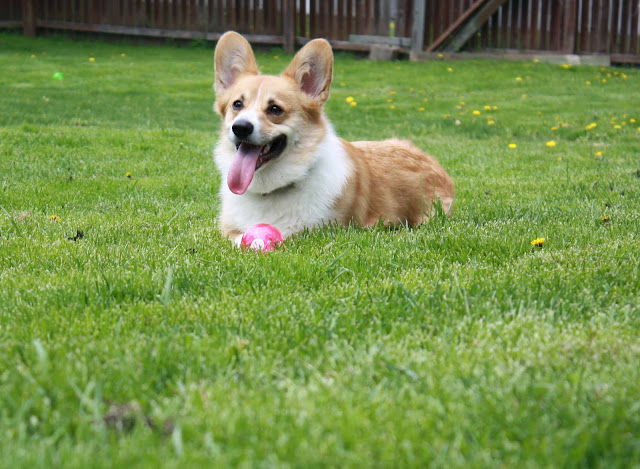 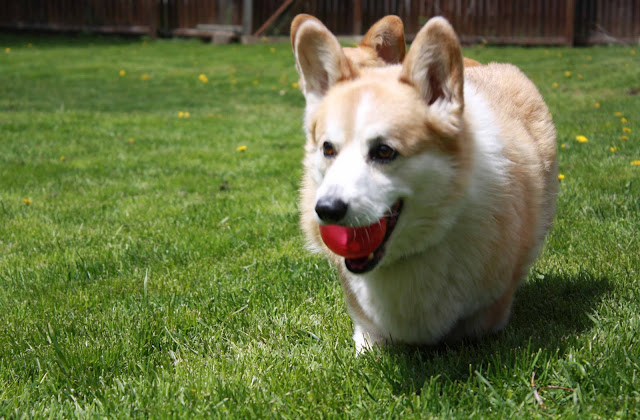 “Corgis have been an integral part of my and my family’s lives for many years, and we couldn’t imagine not having them around.” 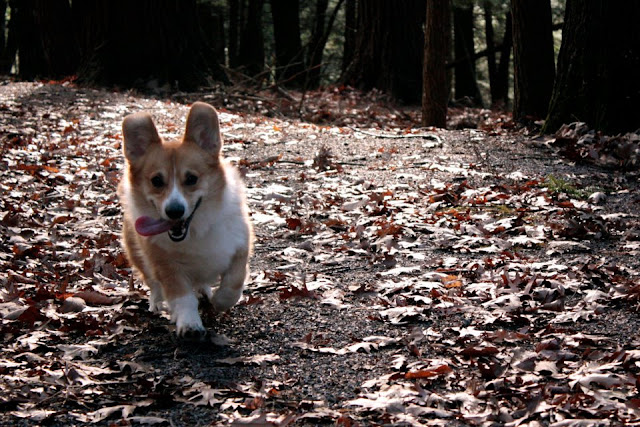 What a beautiful extended family! Thank you, Colleen, for sharing your Corgi-filled life with us!
(Editor’s note:  Many thanks to Susan Mooring — Trude’s Mom — for writing today’s story).

Ten year old Frankie stakes out his favorite spot on the couch. Flooftastic.   Jasper still looks a lot like a puppy, but he ... END_OF_DOCUMENT_TOKEN_TO_BE_REPLACED