Glyndwr, named after the last native Prince of Wales, is a Philadelphia blueblood who was permitted to accompany Elizabeth P. and her mother to State College, Pennsylvania after it was determined that they were “Corgi people.”
“Glyndwr came to live with my mother and myself after an extended discussion about finding a breed that would be “pretty”, be of a manageable size yet have a “big dog personality”. 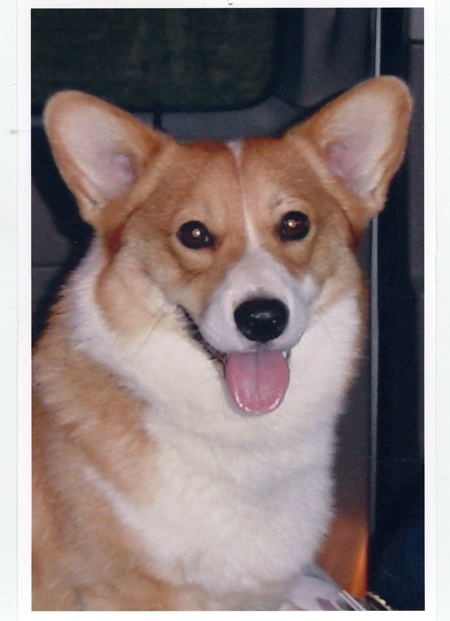 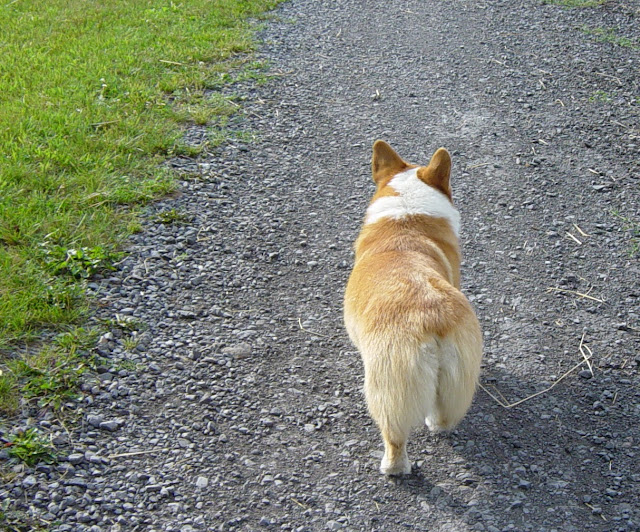 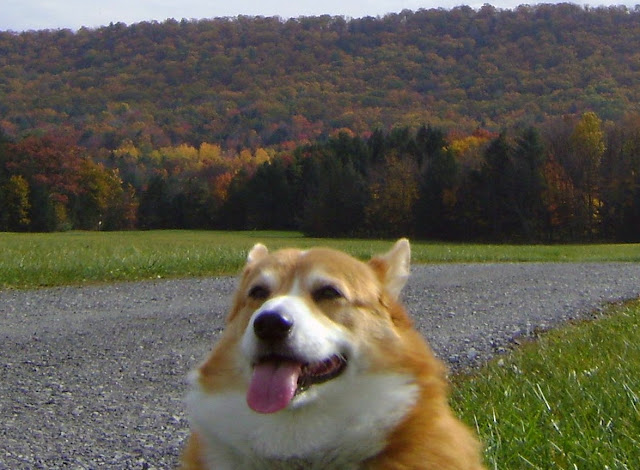 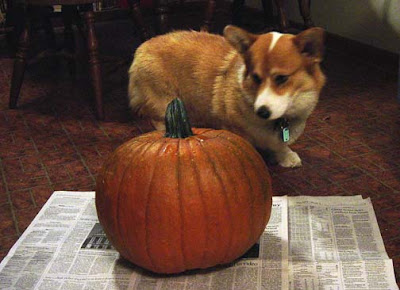 … and inspecting the fruits of the Fall harvest! 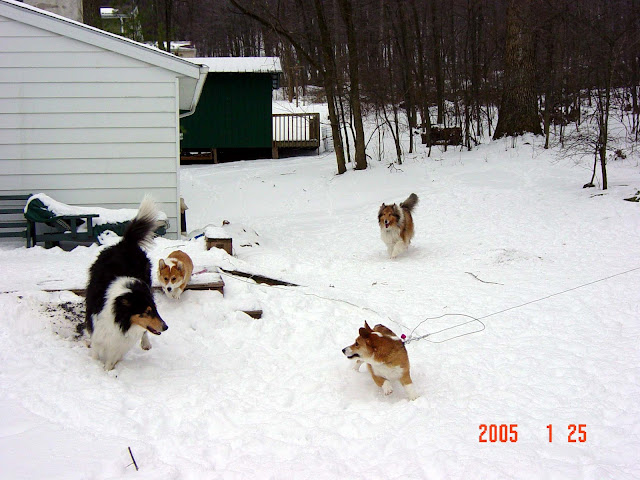 “He enjoys playing in the snow, sometimes with Corgi buddy Rennie. In fact, one of Glyndwr’s favorite pastimes is to sit outside at night when it’s a windy 20°F outside. Brrr!” 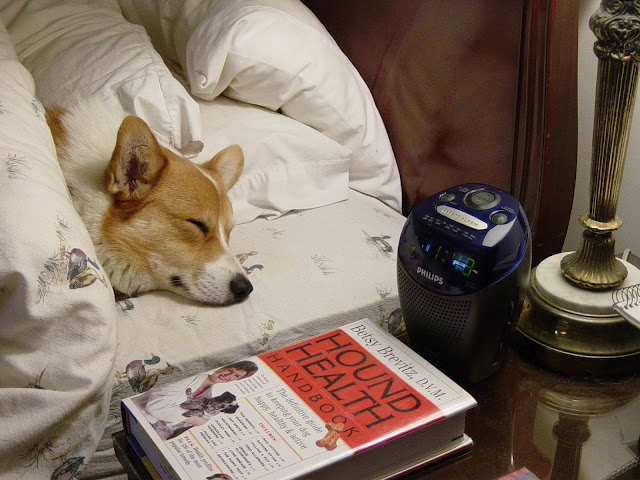 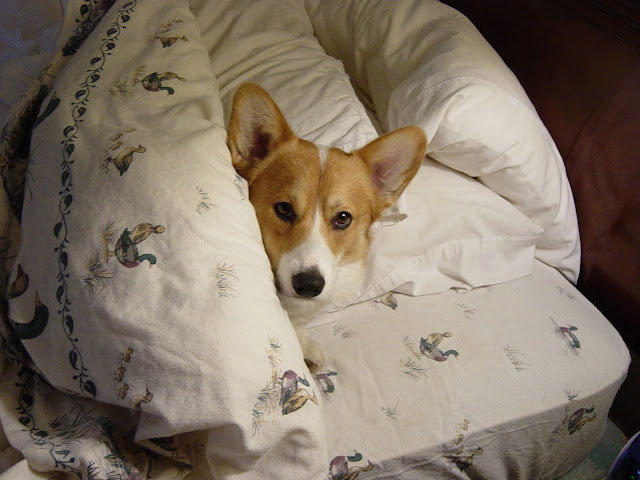 “Just don’t wake him up until he’s ready.” 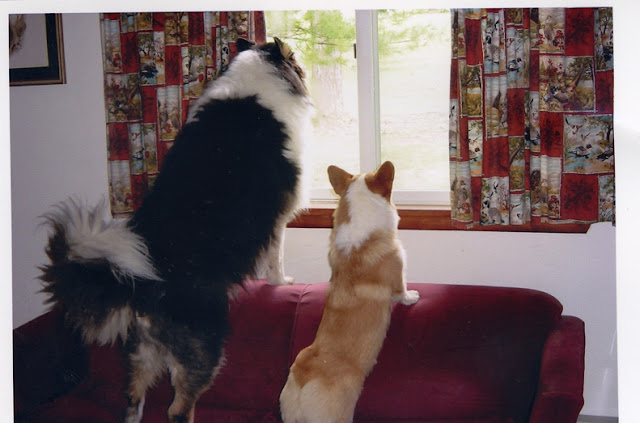 “Glyndwr is generally friendly to his neighbors and enjoys warm relations with the other pets in the neighborhood, who share plenty of gossip with him.” 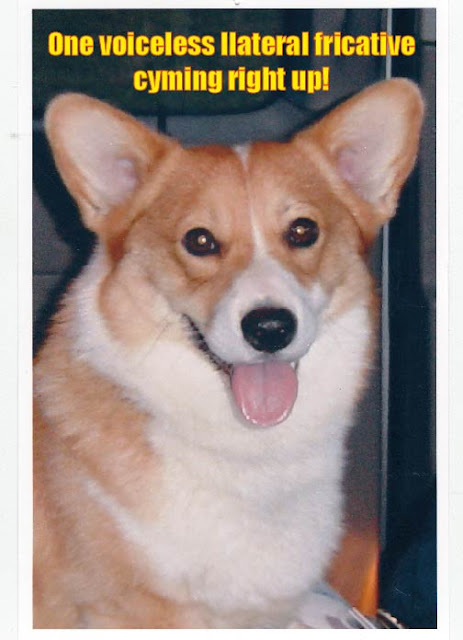 “Glyndwr is also exploring his Welsh heritage and is daily practicing the Welsh double “ll”, which he knows is a voiceless lateral fricative.”
“He’s a very clever, outgoing puppy who constantly surprises me with new quirks. For instance, he has taught me to FREQUENTLY rotate his dog food and snack options. He is also extremely helpful around the neighbor’s house at keeping the cats from going outside in the middle of the night.”
“Glyndwr’s breeder told him he was a lucky dog to be coming to State College, but not as lucky as we have been!”
“P.S. I want to thank my neighbor Vicki S. for sharing these photos of Glyndwr and allowing them to be posted. Glyndwr considers her household his second home.”
*  *  *  *  *

Welcome to The Daily Corgi, Glyndwr!  You are a darlin’ hambone!

Ten year old Frankie stakes out his favorite spot on the couch. Flooftastic.   Jasper still looks a lot like a puppy, but he ... END_OF_DOCUMENT_TOKEN_TO_BE_REPLACED