Mr. Wiggles and Petey Joe are a couple of Corgi brothers from the upstate of South Carolina.  They were rescued at an early age and brought north to the Tar Heel State.
“As little Corgis they acted cute and had some (if not a lot) of sense” writes Dad Jim C. “While the breeder was worried about how these boys would survived the long ride home, the Corgis showed her and slept the entire journey!” 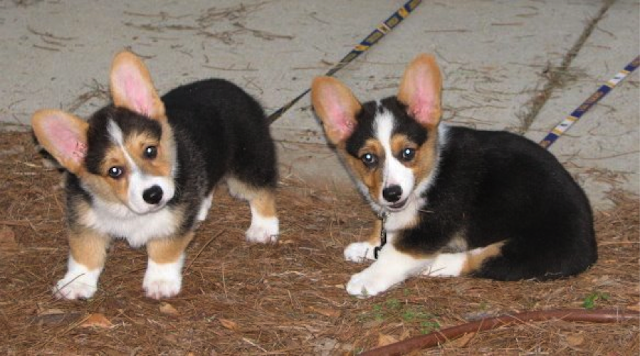 “Early on, Mr. Wiggles and Petey Joe loved to run the sidewalk on their leads. That’s Mr. Wiggles on the left and Petey Joe on the right.  Just look at those Corgi paws.  Wiggles will look at you from the side in a minute, even today!”
“The boys go by several names:  Mr. Wiggles, Wiggles, Wigs, The Wiggler, Wiggle Bear and Wiegland (German W), Petey Joe, Pete, Petey Pie, Pablo Petey, and The Petester.”
“As puppies, they were almost always up to mischief. All of their chewing antiques and terrorizing the 18 year old tabby cat made frequent naps a necessity.” 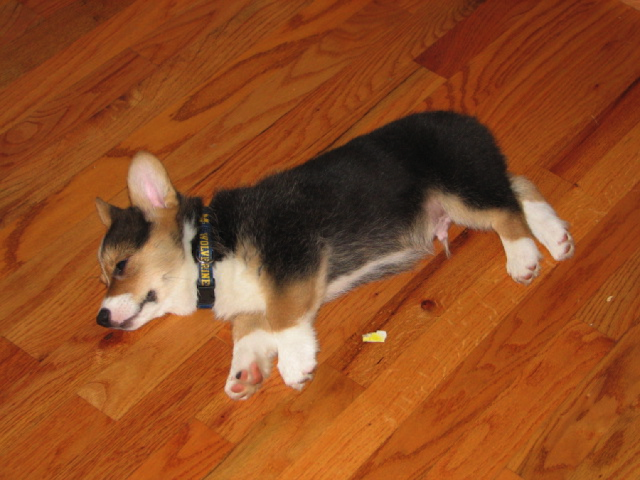 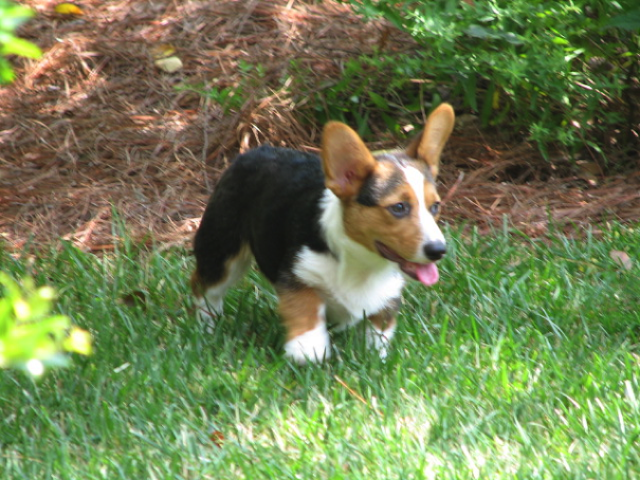 “They both enjoyed playing outdoors.” Petey on front lawn patrol. 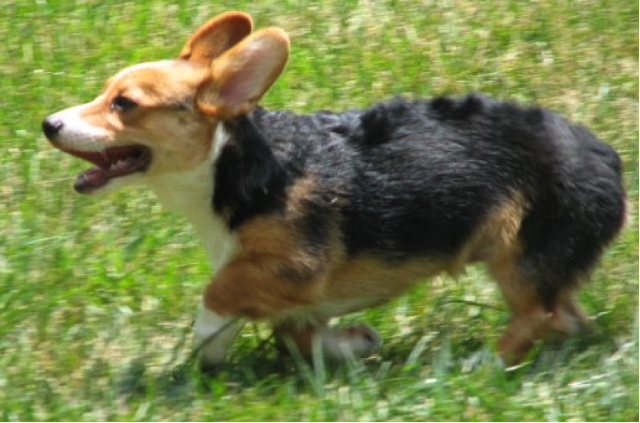 “At four months old, Mr. Wiggles was already pretty full of himself.” 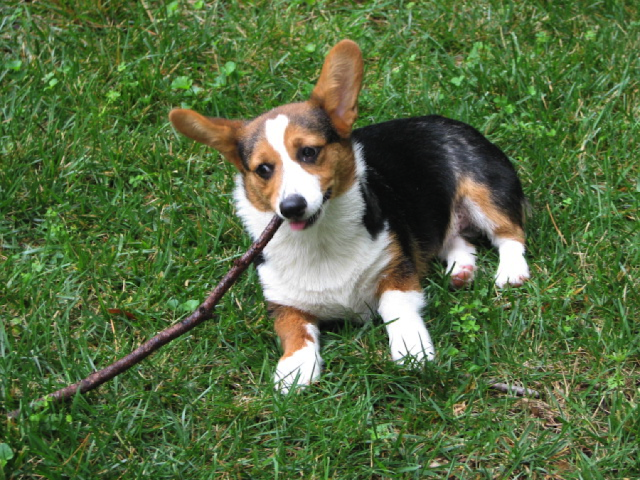 “Petey Joe never met a stick he didn’t like.” 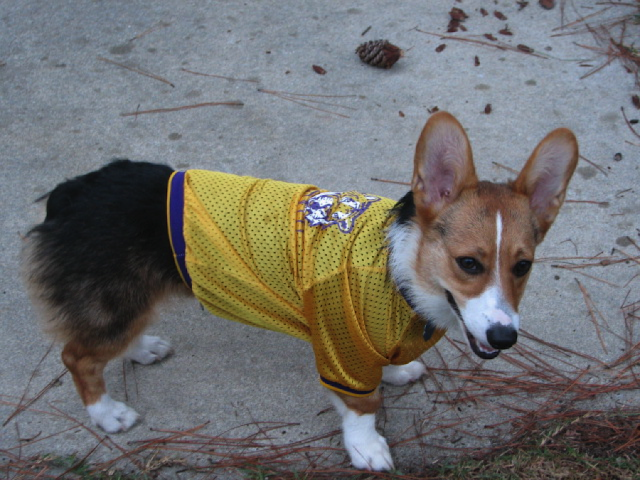 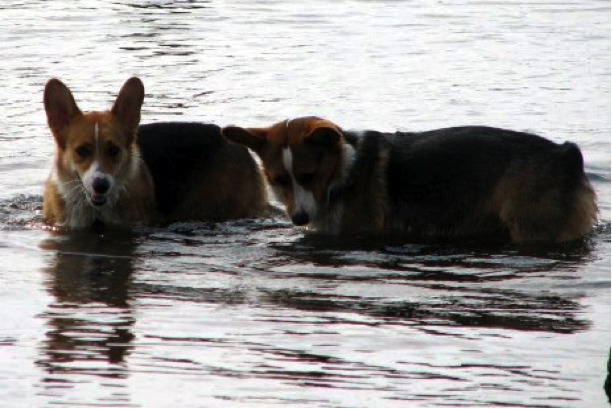 “When we moved to the coast of North Carolina, the Corgi boys got to experience a whole new world. They discovered they were water dogs, especially the Wiggler.” 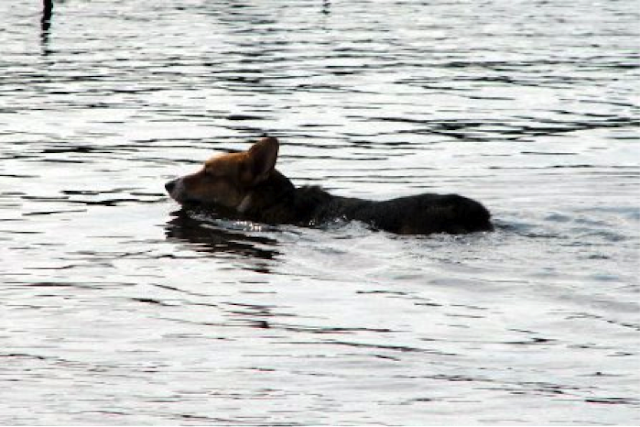 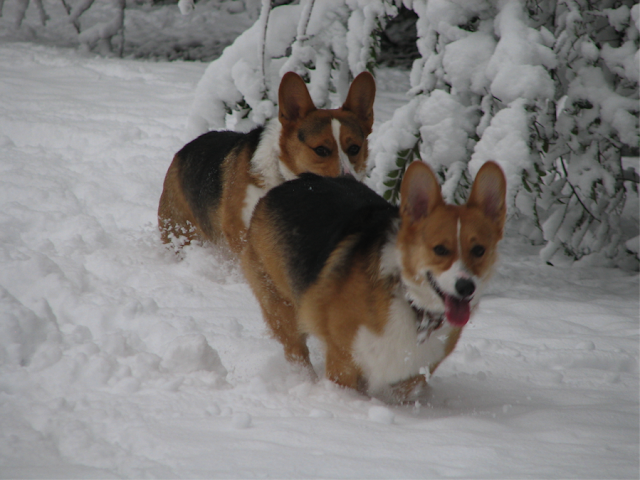 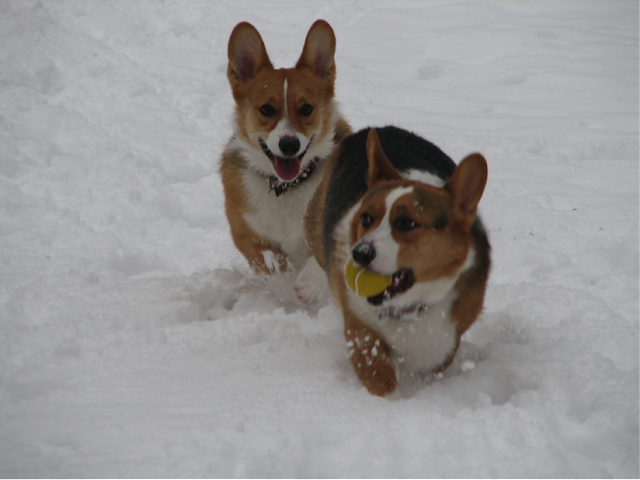 “Petey with the ball on the retrieve, Wiggles in his normal role as “escort Corgi”, aka INSTIGATOR!” 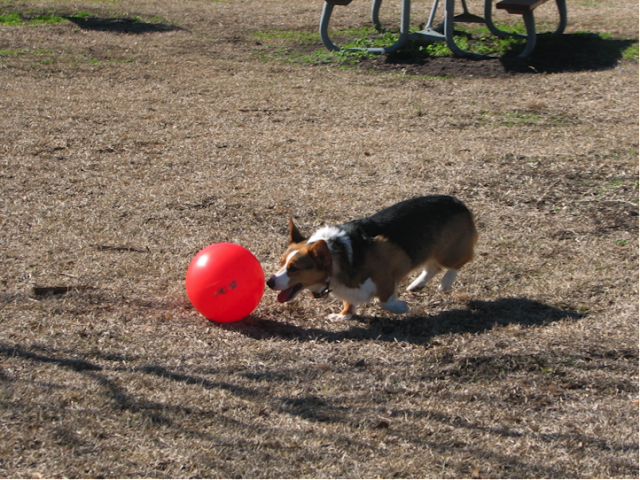 “The boys also learned the joy of chasing (herding) the indestructible ball. This is Pete bringing the ball back to Daddy … 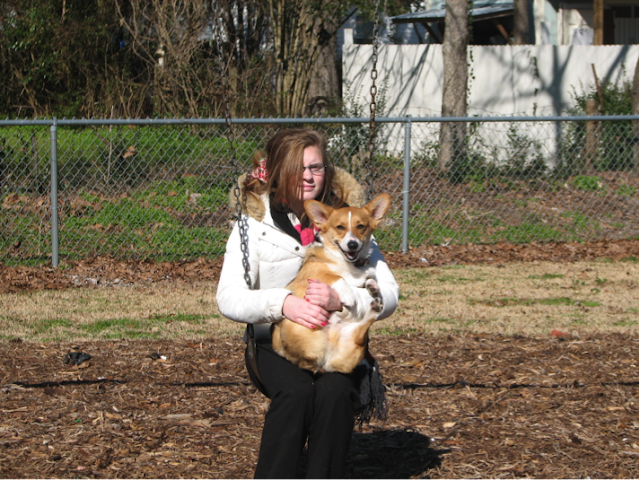 … while Wiggles watches attentively from the swing set.” 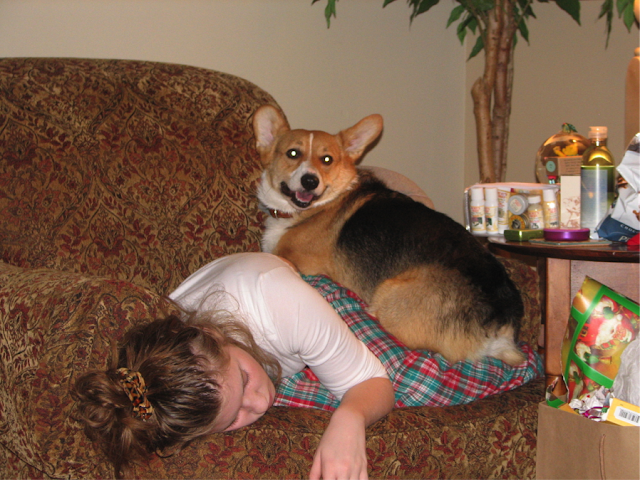 “Wiggle Bear is always on the lookout for a soft bed.” 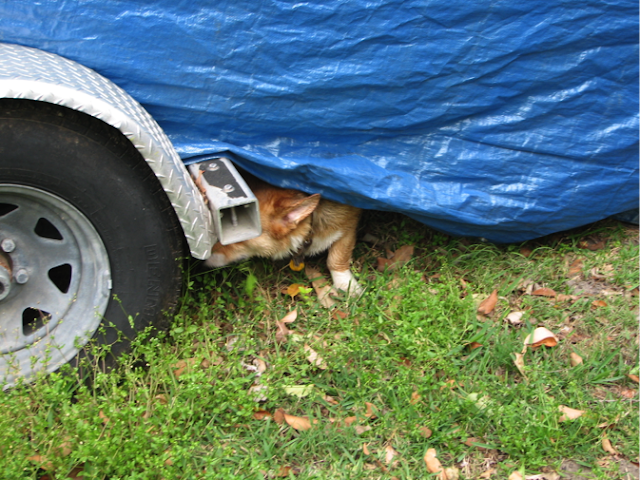 “When he’s been mischievous, Wiggles will run and hide ’til the uproar subsides.” 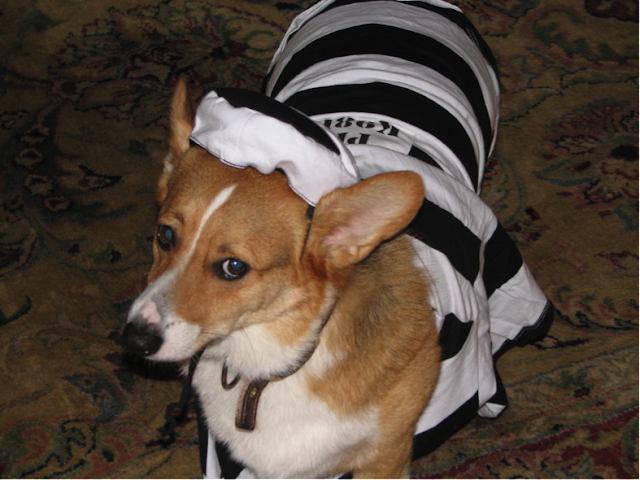 “As they say on TV, you can run but you can’t hide. Wiggles busted!” 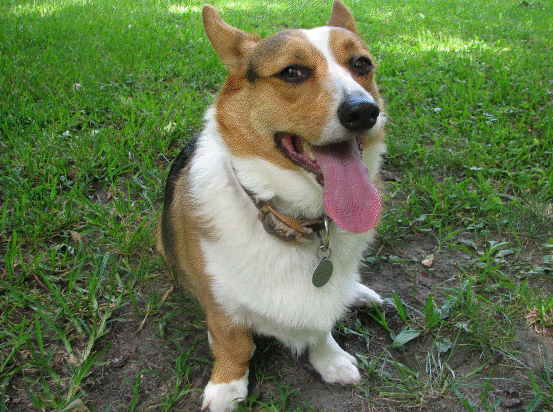 “Did we mention that Petey Joe is the Gene Simmons of all Corgis?” 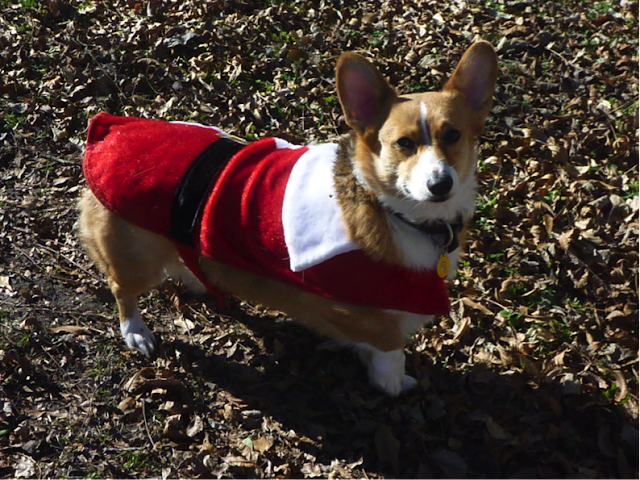 “Wiggles gets into the Christmas spirit … 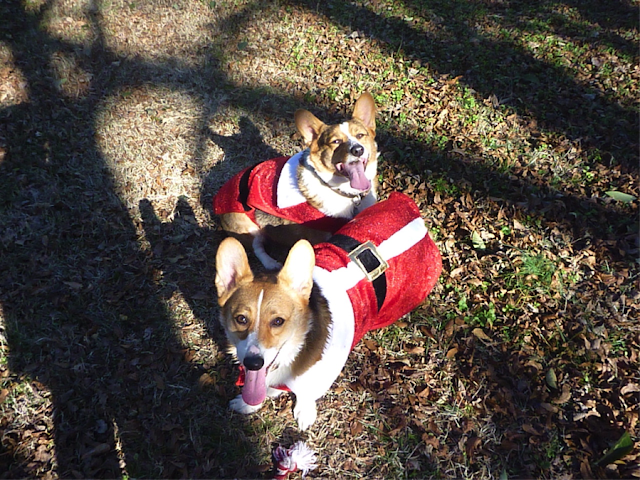 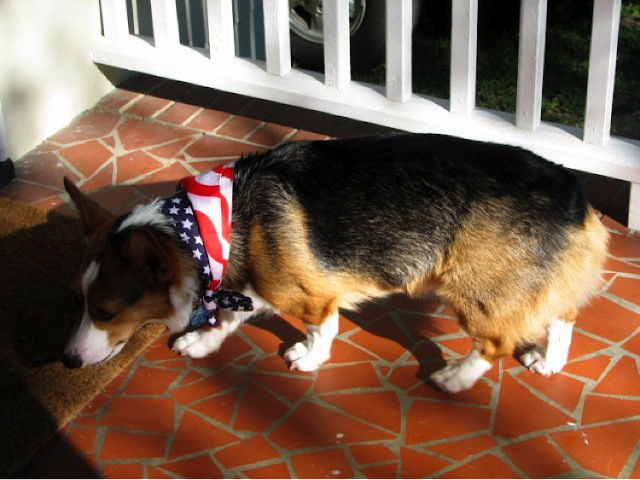 “They dress up on other holidays too.” 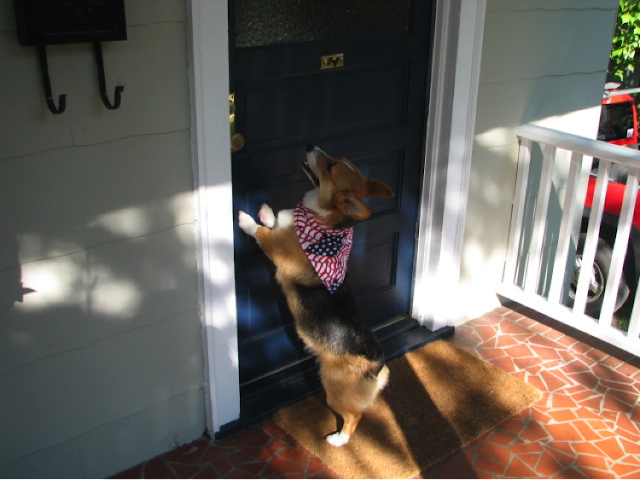 “The 4th of July is their favorite.” 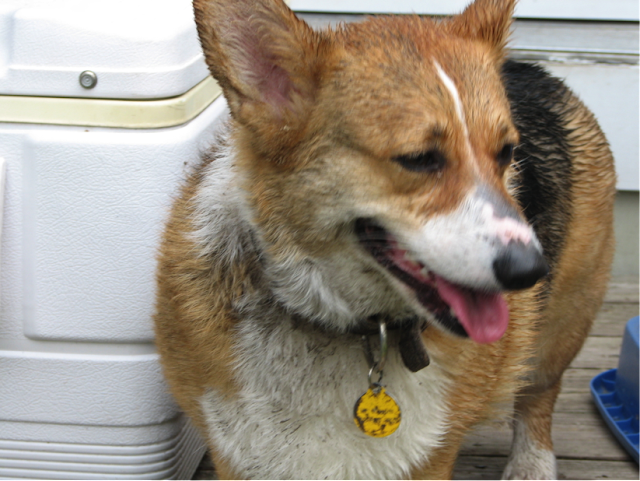 “Uh-oh.  Somebody (Mr. Wiggles) wrestled with the sprinkler.  Again.” 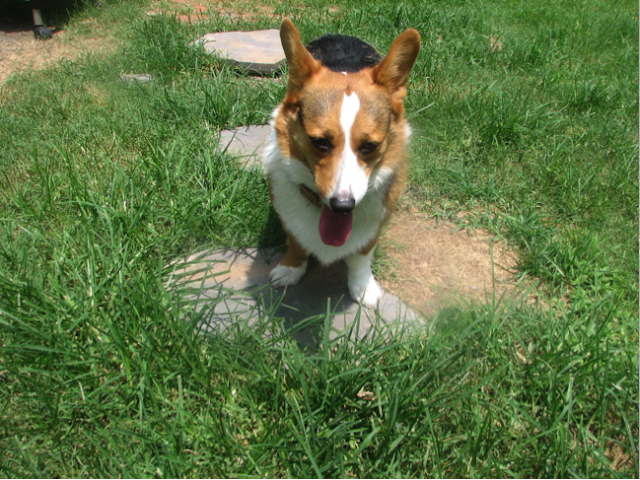 “While his brother is quite excitable, Petey Joe tends to stay on the straight and narrow.” 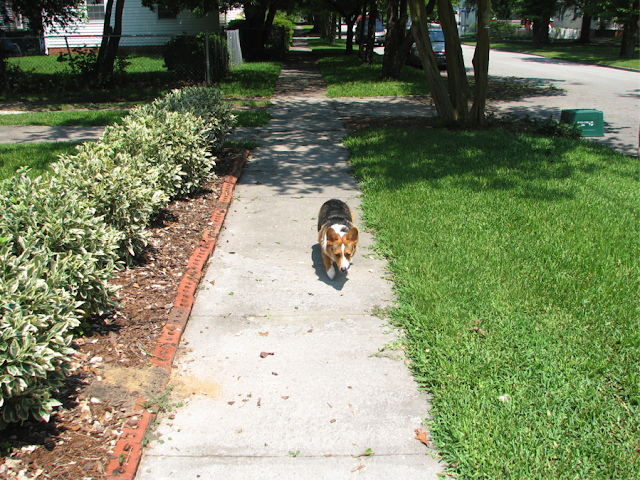 “Yep, Petey Joe likes to stay on the path. Here he is coming back from an UNAUTHORIZED stroll.” 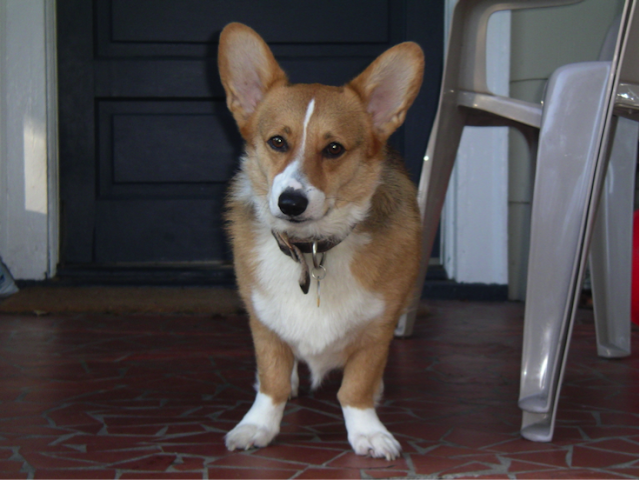 “Meanwhile, in a reversal of roles, Mr. Wiggles waited for his brother on the porch.” 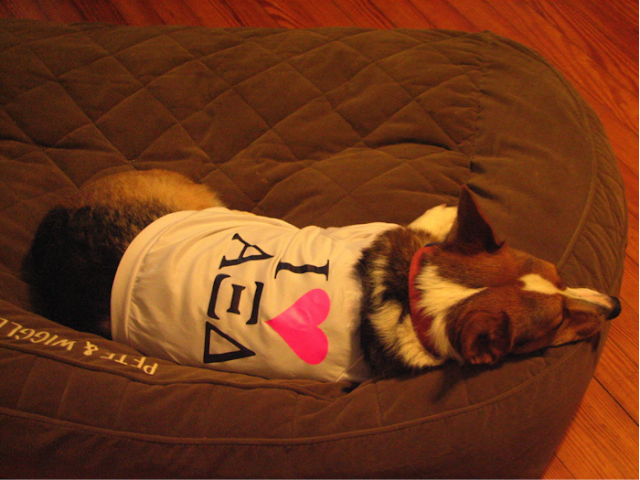 “That about does it, but Petey Joe wanted to give a shout out to his sister’s new sorority. Give it up for AZD!”

Ten year old Frankie stakes out his favorite spot on the couch. Flooftastic.   Jasper still looks a lot like a puppy, but he ... END_OF_DOCUMENT_TOKEN_TO_BE_REPLACED