A week ago, Corgi mix Landon made his first appearance on The Daily Corgi.  He’s a rescue from Washington state, born with a neurological condition that weakens his back legs considerably and impacts his bladder control.
CorgiAid has helped Landon out (they are terrific as usual!), and according to his story on their site, Landon “will need sessions with a physical therapist to set milestones and exercises to ensure the best possible chance at rehabilitation. He will need help with a wheelchair to meet his growing body and specific therapeutic requirements to regain the use of his back legs.” 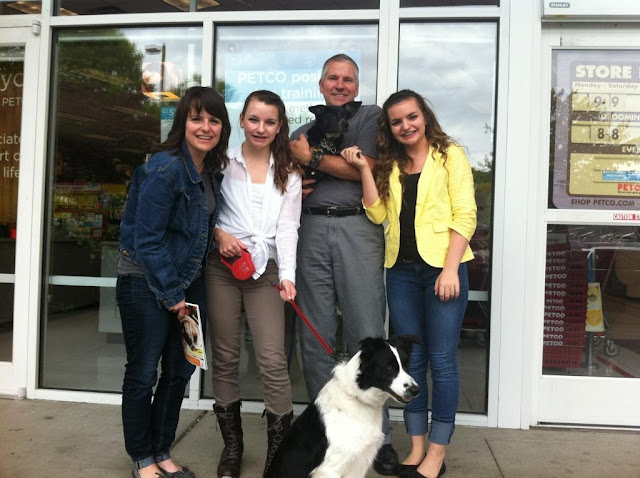 The latest news? Landon is now in the arms of his forever family!  Don’t they look like nice people? 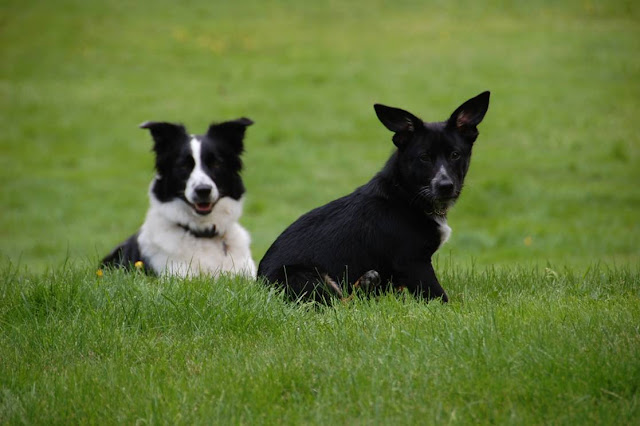 He and Mona, the family’s Border Collie, have become fast friends. Anna H. says Mona is “used to playing with dogs that can almost keep up with her, so to see her slowing down to play with Landon is precious. She takes away a toy and runs away only to come back slowly so he can catch up or take away the toy. It’s really something else to see.”
“We are on our second week with him and have found it to be very rewarding as well as pretty difficult, as you can imagine. His foster family has helped us so much this past week in answering all of our questions. The first couple of days we were pretty overwhelmed with the care Landon needs, but we’ve acclimated pretty well.”
“We have a different diapering system that works for him (and for us!) We switched over the pull-ups and put a maxi pad in the front for best absorption. We’ve also purchased a couple of bigger belly bands that we put over the diaper in the front. This has worked better than the other diapers, which kept falling off as he dragged his back legs. We tried many different approaches, and for now this works well.”
“Landon seems to be getting a little of the hang of potty training.  We’re hoping he will establish continence. The key is getting all of his diapering off quickly in the morning when he’s outside. He sure knows that this is his time to potty. We continue to work, praise and hope.” 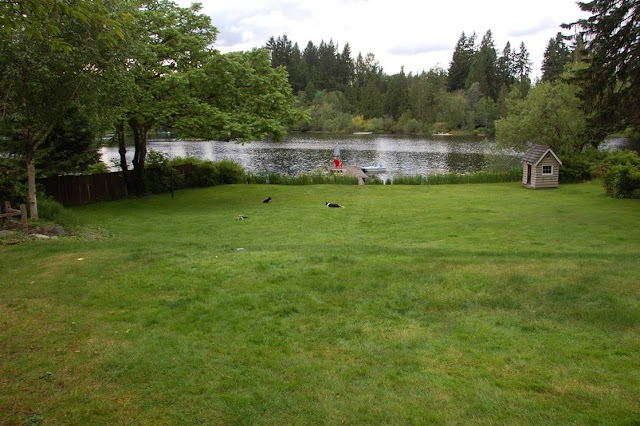 “My husband was taking care of Landon one afternoon while I was out at a meeting, and when I came back he had our old port-a-crib out in the middle of the living room for Landon to sleep in and get away from Mona when we think he’s getting too much stimulation. It was pretty cute; we’ve had it in our living room ever since. He doesn’t whine at all in it, even if we’re walking through the house. I think he actually feels pretty safe and comfortable there.”
“We’re seeing a little improvement in his back leg use. However, just when we see a pretty significant improvement, he takes a step back in progress. He seems to get tired easily, though this will be helped by the therapy we provide for him by doing his daily exercises.  We hope this is keeping his back legs more flexible, while also building up muscle tone. He is in the process of being fitted for a cart, and once we have that we will send an update for you and your readers to see. ” 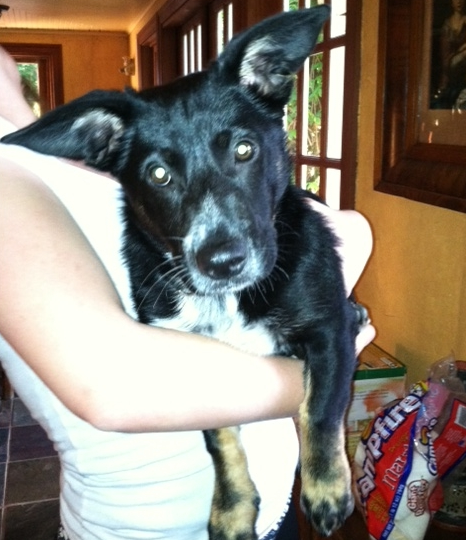 “Thanks so much for taking interest in our Landon. He is just precious. When I say “our” I mean the entire Motley Zoo bunch. He has touched us all and I’m glad to see he has also touched you and your readers.”
Look for updates on Landon in days and weeks to come!
*  *  *  *  * 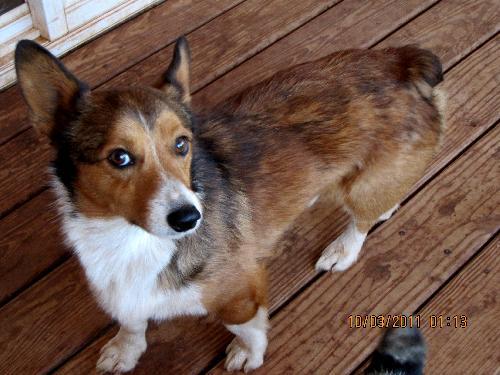 Two year-old Trea was first featured on the blog in October of last year.  Word is this handsome fellow found himself a happy home in Arkansas.
Yeah, Trea!
*  *  *  *  * 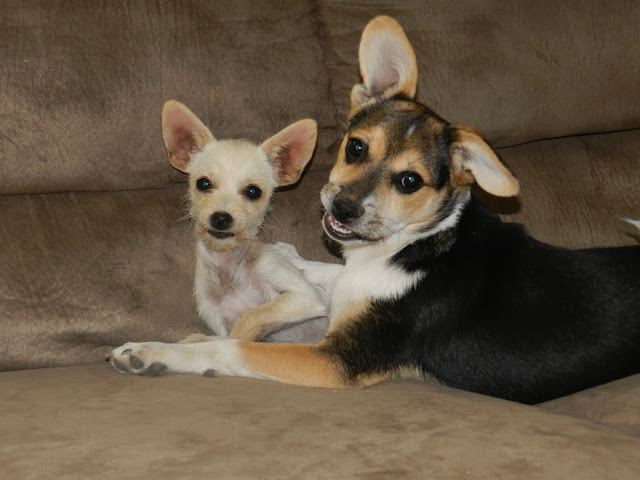 Rescued Corgi mix Charlie was helped by Daily Corgi readers a week ago, who donated the $500 he needed to get fit and flown to his new forever home.  This is the little Texas guy who ended up in the shelter with lacerations to his face and ears after being attacked by another dog.  He was saved from euthanization at the last minute by a rescue group, rehabilitated and healed in foster care, and then caught the attention of his adoptive family-to-be, several states away in Oregon.
Foster Mom Jessica H. of Save A Dog provides the latest good news update: “We just booked Charlie’s flight and everything else is done as far as his med work, so he’ll be home on the 27th. I’ll have photos and such for you within a couple days of that. How awesome is it that so many people are so excited and rooting for his little stinker butt?! I am so in love with this pup, you have no idea … he’s the funniest little guy I think I’ve seen and has such a HUGE personality. I’m SO excited for him to finally be going home to his new Mama and Dad!”
So are we, Jessica.  So are we :-).
*  *  *  *  *
Note: Although The Daily Corgi features coverage of many adoptable Corgis and Corgi mixes, not all of them are adopted out because of their appearance here on the blog. I spotlight the general rescue/adoption effort where I can, as part of the blog’s mission to both entertain and assist Corgis (and Corgi mixes) and the people who love them.

Ten year old Frankie stakes out his favorite spot on the couch. Flooftastic.   Jasper still looks a lot like a puppy, but he ... END_OF_DOCUMENT_TOKEN_TO_BE_REPLACED