Meet Corky! His story didn’t start so well, but it sure has a happy ending. 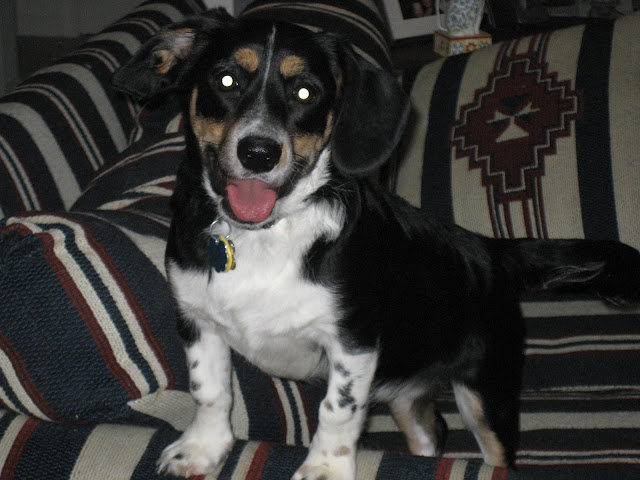 Just look at that smile; it lights up the room! 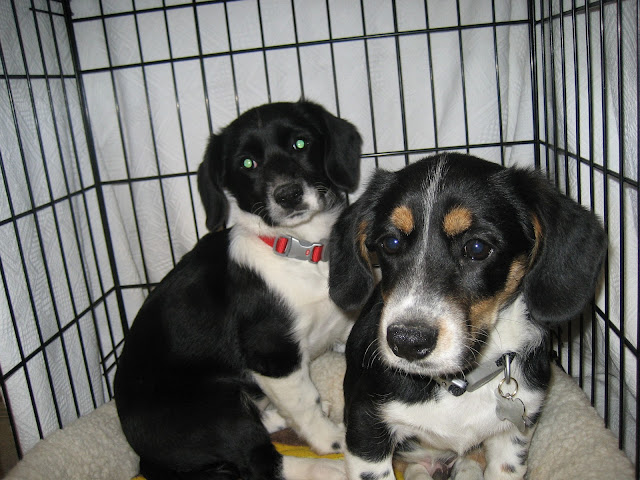 His Mom Pam N. shares his journey so far:
“My husband Jim and I wanted a Corgi and had made plans to buy one. Then fate stepped up with a rescue of not one but two Corgi/Cock-a-Poo mixes. They were living in a shed in terrible conditions with other dogs. The man who “bred” them would occasionally open a can of food and throw it out to the dogs, but the pups had to fight for their share with the other dogs. They were terrified of everything and everyone. He wanted to sell them to us but finally agreed to give them up. After taking them to the vet for evaluation we decided to keep them both. They were altered, micro-chipped and got their shots before we brought them home. 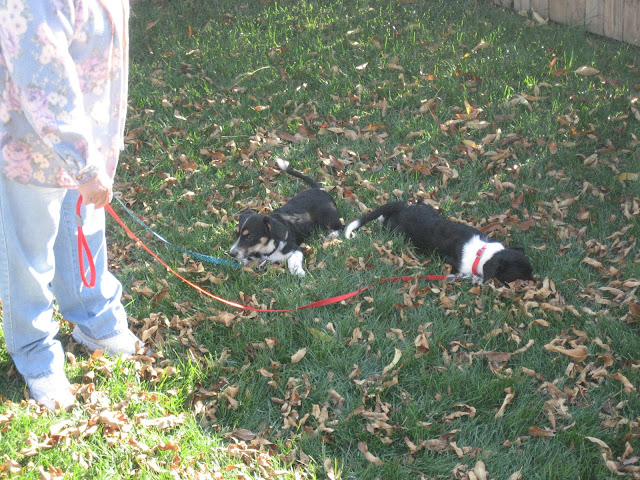 They both seemed so happy to be loved and in a home, but Coco became aggressive towards Corky. After trying to work with them both (and much soul-searching) we found a loving home for Coco as an only dog. 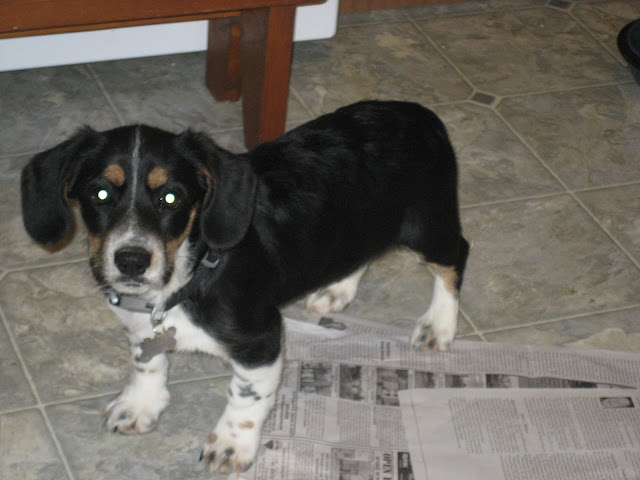 Corky missed his sister. It took lots of work everyday to get Corky to believe we wouldn’t hurt him. I worked with a professional trainer. My husband Jim, and I gave him lots of TLC. 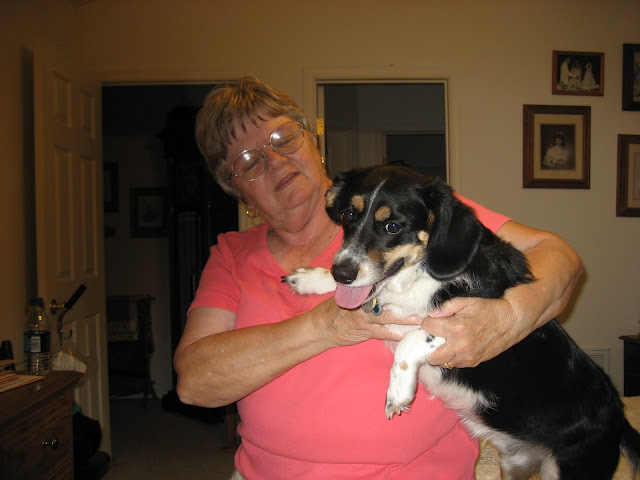 Slowly he began to trust me. Corky has completely bonded with me and wants to be wherever I am. He’s my boy! 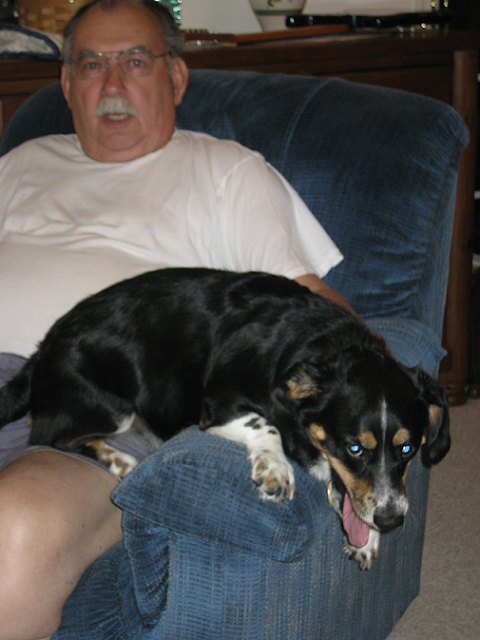 He’s come to love and trust Jim, too. We’ve had him for three years now and he’s finally coming around to accepting other males in the family. 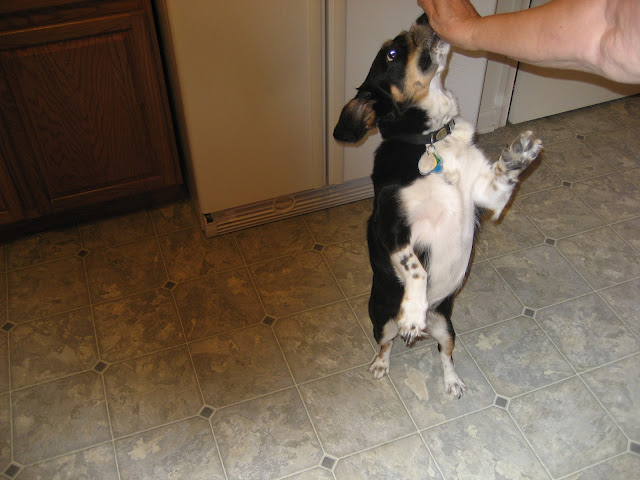 Corky is a very smart Corgi who learns very quickly. He’s can sit, stay, rollover, come when called, sit up for treats, and sleep in his crate. He’s learning to ride in the car and walk nicely. 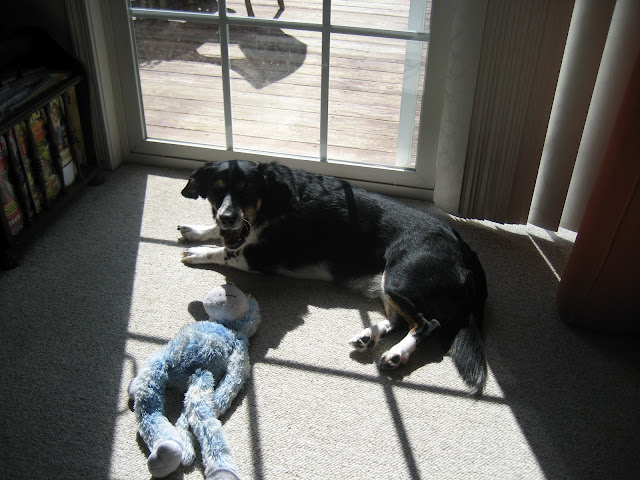 He loves tennis balls and destroying toys. He has a special stuffed monkey that he regularly de-stuffs to find the squeaker. (That’s a Corgi!) 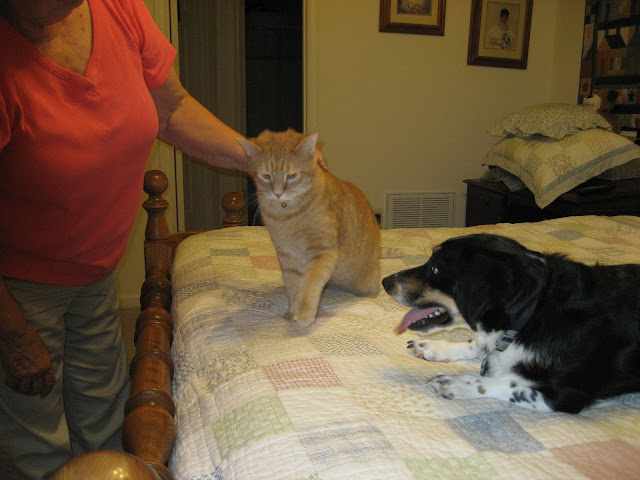 Corky’s best buddy is Willie. He harasses him whenever he can. Sometimes when Corky tries to push Willie around with his nose, Willie sits up and starts boxing Corky’s nose with his paws! Left, right, jab, hook! 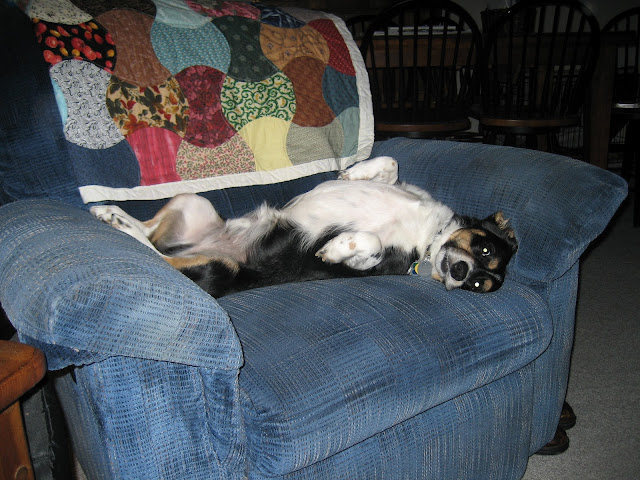 Corky enjoys begging for belly rubs from a chair. 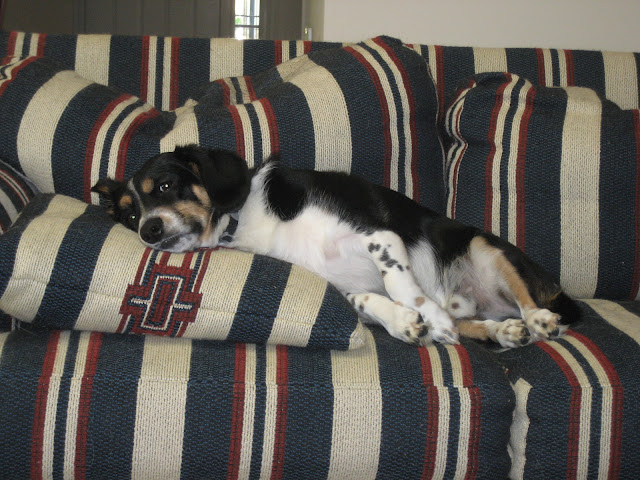 As a puppy, he never dreamed he’d get to sleep on a couch! 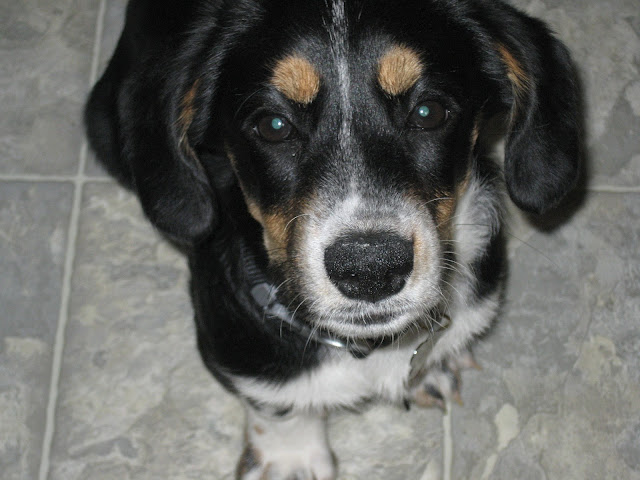 We wouldn’t trade him for anything. He’s such a special little soul.” 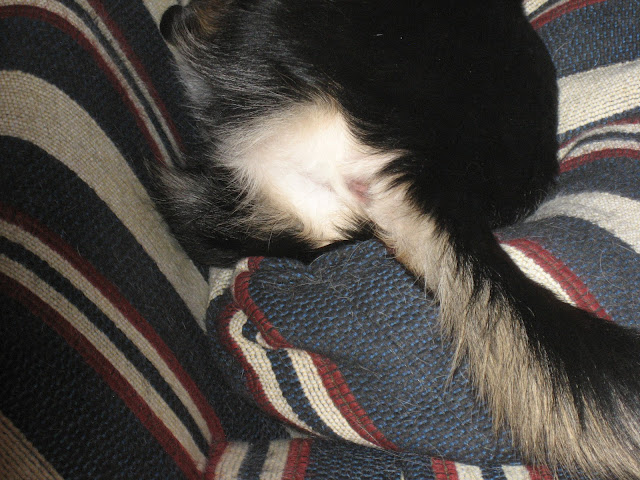 The HAPPY end!
(With big thanks to Carol B.G. for the write-up on this one).

Ten year old Frankie stakes out his favorite spot on the couch. Flooftastic.   Jasper still looks a lot like a puppy, but he ... END_OF_DOCUMENT_TOKEN_TO_BE_REPLACED