Good
afternoon everyone, and welcome to my sixth weekly guest spot on The
Daily Corgi! I am your host Paige Davis, founder of CorgiPals. As you know, every week I’ll be doing a guest post to keep you up to snuff with the goings-on in the CorgiPals world. This week’s theme: Three, Two, One!


Three is for three successful campaigns! It’s been an incredible week over at CorgiPals. This time last week, we had eleven Corgis in need. After my last guest post went live, we added Weeva (formerly Weezy) to the mix. About a year ago we helped pay for Weeva’s surgery to treat an infection and remove bladder stones. Weeva healed up and was good to go with her Corgi Dad Jarred… until August. On August 18, 2012 Jarred tragically lost his life in a car accident, leaving Weeva an orphan. Luckily, loving Corgi Mom Sandy McAdams stepped in and adopted Weeva! Recently Weeva has been having trouble with bladder stones again, and is now on a corrective diet. In just 4 days, we were able to raise the $722 needed to pay for her surgery! 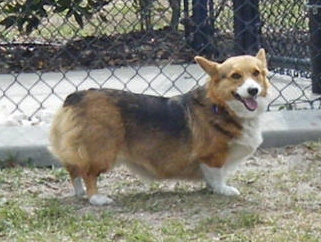 Ya know who else reached their goal this week? Sweet fluffy boy Richard! This 10 year old sweetheart started acting listless and lethargic quite suddenly one weekend. It was discovered that he had ingested a wire that was obstructing his intestines. Richard was able to pass the wire by himself… but neither he nor his Corgi Mom Allyson were able to pay the bill that lingered after his diagnosis. Tally another win on the CorgiPals board, because we were able to raise the $1,540 to pay Richard’s vet bill! 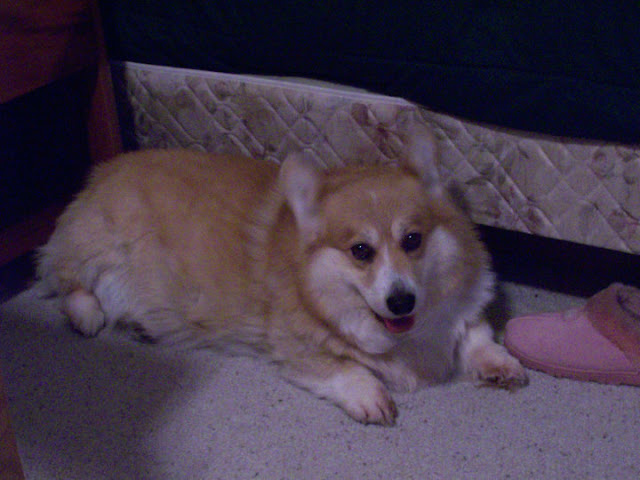 Ya know who ELSE reached their goal this week? Our girl Roxie!! Back in September, Roxie was diagnosed with thrombocytopenia, a condition that causes a severe drop in platelets in the blood. Without enough platelets, blood can not clot, and internal bleeding can result. Sadly, Roxie passed away last month after a brave battle, with what vets think may have also been lymphoma. Roxie’s bill still loomed over Corgi Mom Patti… until this week! Thanks to the ChipIn, the CorgiPals Auction, general donations, and The Barney Boots Memorial Fund, we were able to raise $4,035 to take care of Roxie’s bill! 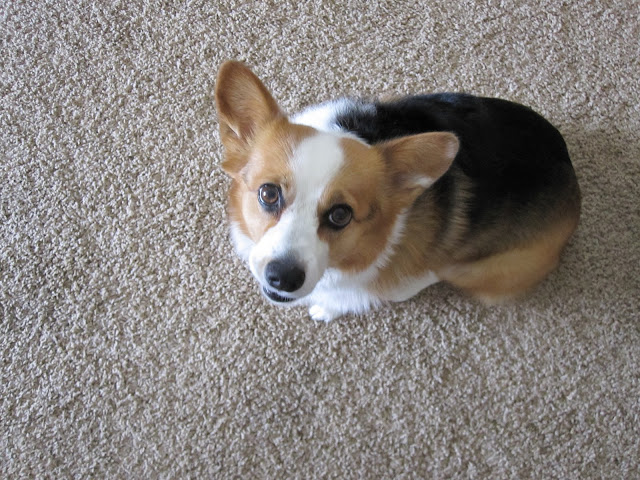 So there’s your three successful campaigns. Onward!
Two is for two more days to submit photos for the 2013 CorgiPals Corgi Lingo Calendar Contest! As a reminder, we are accepting submissions through Saturday, October 20. On Sunday, October 21 I will announce the finalists for each category and voting will begin! If you’d like to enter, please email your submissions to corgipals@gmail.com. Remember, you can submit as many photos as you want, but they should be at least 2250 x 1750 pixels. We are currently in need of more submissions for the Nub and Drummies categories!
One is for one more chance to buy Corgi Hats! This time of year is a little crazy for Corgi Hat production with Halloween and Christmas looming on the horizon. I have renewed the listing for the adult sized Corgi Hats, so get yours while you can! Once these sell out, it will be a few weeks before they are available again. Head on over the CorgiPals Etsy Shop to grab yours today. All profits go to Corgis in need via CorgiPals! 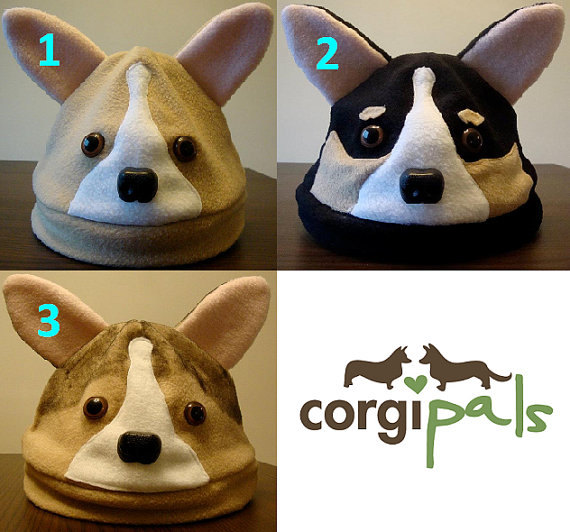 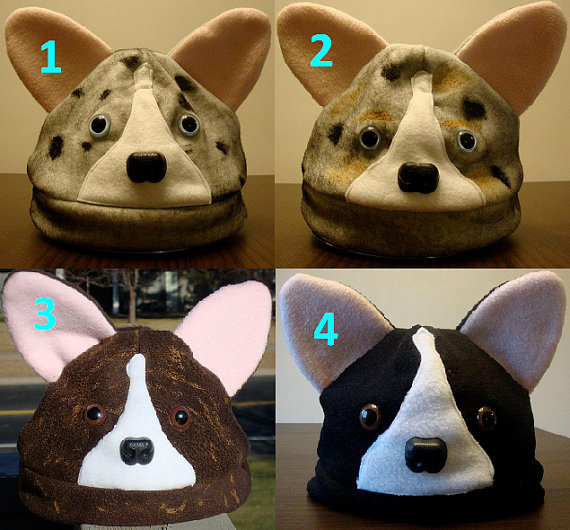 That’s a wrap! See you all next week, and until then… Corgi on!

Ten year old Frankie stakes out his favorite spot on the couch. Flooftastic.   Jasper still looks a lot like a puppy, but he ... END_OF_DOCUMENT_TOKEN_TO_BE_REPLACED