Like Dally and Porter last Friday, another Daily Corgi fan is headed to Tulsa for the AKC Companion Events Extravaganza!  Short stack Pistol Pete will be competing in this weekend’s Rally Nationals. 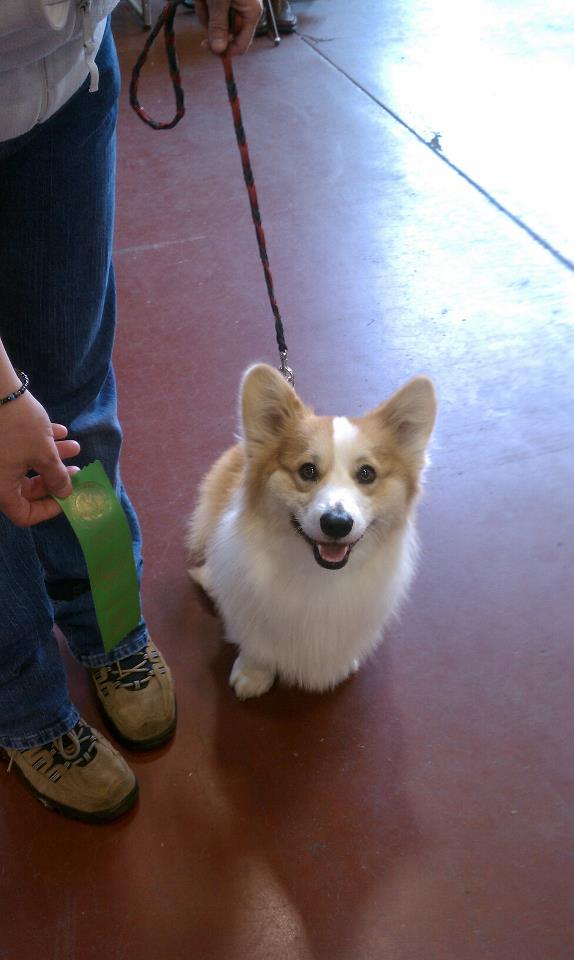 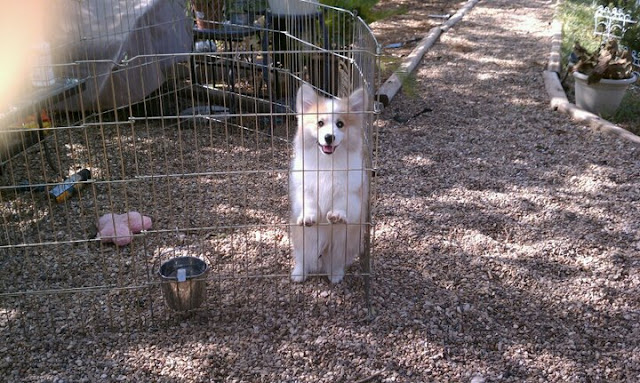 “It was a bittersweet day when he arrived” recalls Becky.” Good because he arrived, bad because my oldest, most beloved horse had chosen that night to trot over the Rainbow Bridge. Pete’s coat had to soak up more than a few tears, but it didn’t bother him at all. Every bit of attention is good to him.” 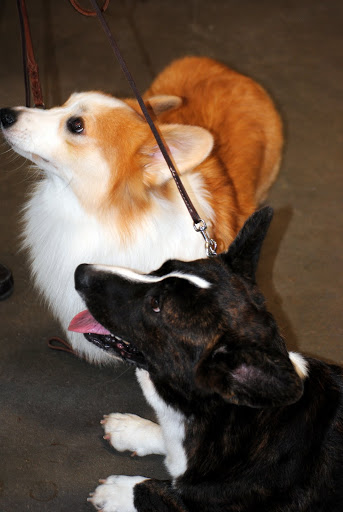 “Pete fit right into the group here, and found his BFF in Dean, my youngest Cardigan. These two are wild Corgis at home, running nonstop and rarely sleeping more than five hours straight.”

“All of my Corgis get to do whichever performance events fit them best, but they all start out in basic obedience. Pete began obedience classes as soon as his puppy shots were done and has worked as a demo dog in rally obedience classes, watching and learning the ropes.” 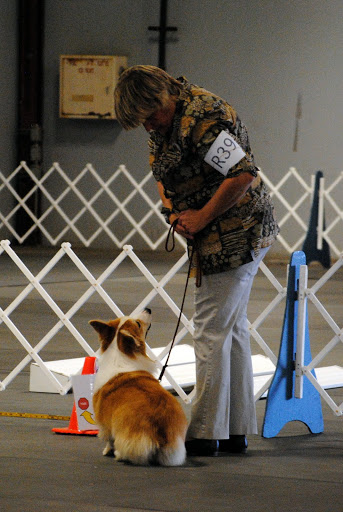 “Pete went to his first AKC Rally trial in March of 2012, receiving three qualifying scores and his Rally Novice title. After these shows, AKC announced a new Rally National Championship event. Pete had qualified in part by getting his title in the qualifying period, but he needed to get three scores over 90 % to be invited. We took a few months off of showing to work on some training.  In October we got back in the ring, where we had a great time and Pete got his qualifying scores. He’s also tried some herding, which he loved and was good at. Lately he has started working in agility training. Pete doesn’t find any of this work; for him it’s all part of the games we play!” 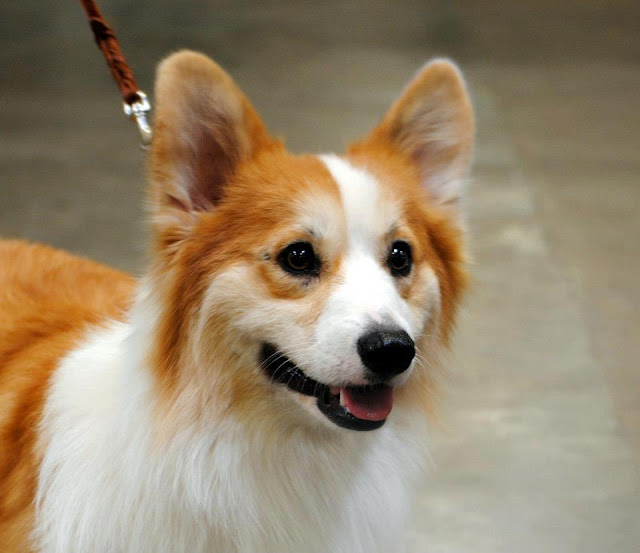 “He’ll be just a baby at the Rally Nationals. My goal is for him to have a good time and enjoy his first really large show. I believe Pistol Pete has a big future ahead!”

Ten year old Frankie stakes out his favorite spot on the couch. Flooftastic.   Jasper still looks a lot like a puppy, but he ... END_OF_DOCUMENT_TOKEN_TO_BE_REPLACED