Lambert first appeared on the blog March 21st as a Thursday Adoptable through Corgi Connection of Kansas. 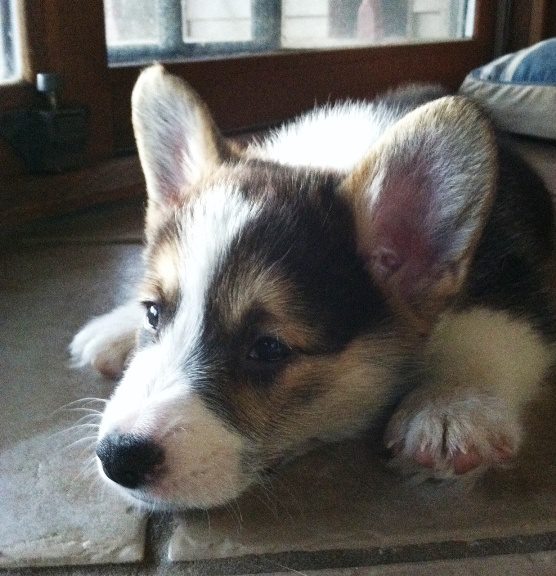 He’s since landed himself a forever home in Kansas! 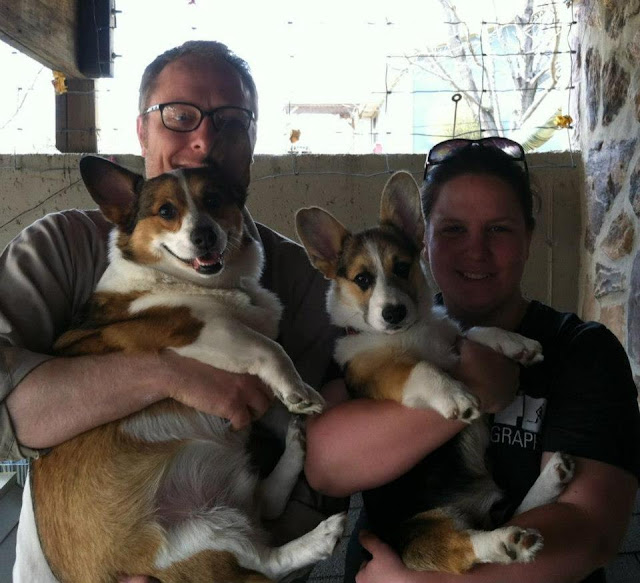 Here he is with his forever folks (in Mama’s arms) and one of four new fur-siblings. Lambert
will undergo surgery in a couple of weeks to deepen his knee sockets. Those fat paws were made for frappin’ and that’s just what they’ll do!

Mom Rhona reports that Lambert has thoroughly charmed his new vet and successfully wooed everybody in the neighborhood, as well as the university campus where she works and takes him every day. 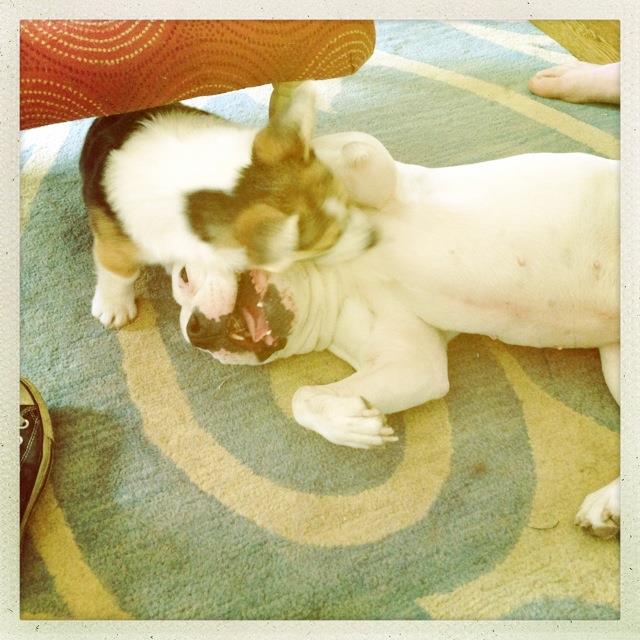 “He’s been having a blast with other
dogs Ein, Frida and Calla. Lambert has become besties with the American Bulldog and follows fellow Corgi Ein around the house. A lot. Aussie Shepherd Riley
is the only holdout, a bit put off at no longer being the pup in
the house.” It’s only a matter of time before Lambert wins him over too. 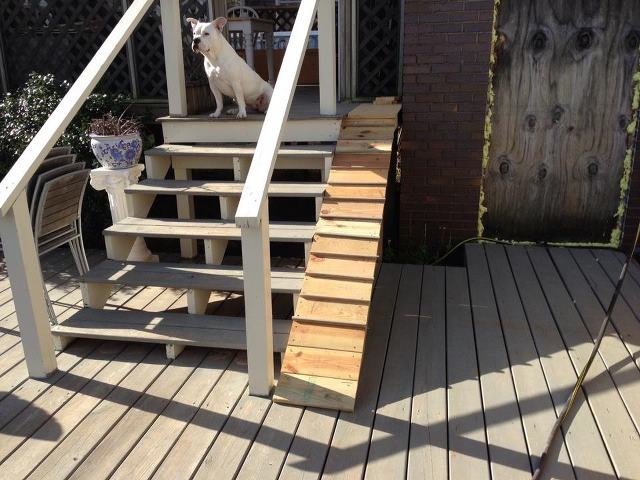 Lambert’s family has built him a custom ramp so he can get up and down more easily than with the stairs. He’s a big fan of that ramp!

“It has only been a week but I cannot
imagine life without Lambert. His special type of puppy chaos is just
what our home needed.”

Kudos to Corgi Connection of Kansas Rescue and Lambert’s new family. You’ve taken a pup down on his luck and given him a grand new life. Corgi On!

Ten year old Frankie stakes out his favorite spot on the couch. Flooftastic.   Jasper still looks a lot like a puppy, but he ... END_OF_DOCUMENT_TOKEN_TO_BE_REPLACED