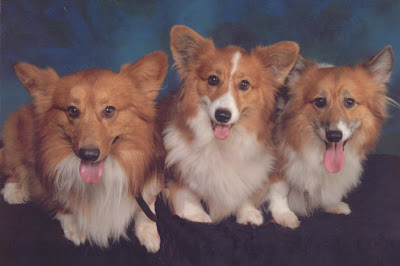 They’re regulars at the local dog park, where they no doubt enthusiastically charm the socks off of everybody. 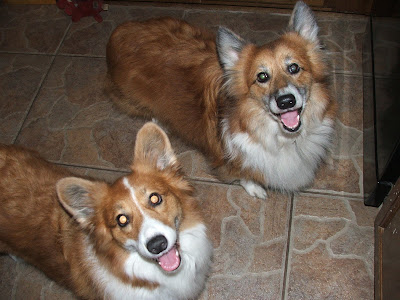 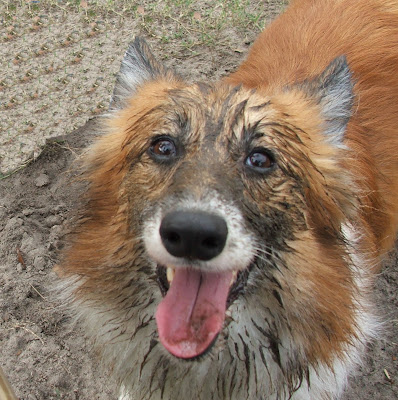 “Bi-polar boy” Tucker (a.k.a. Peanut) after some mud wrasslin’ at the dog park.

Writes Mom Val T., “He’s either zooming and bouncing everywhere or hanging out snoozing outside.” 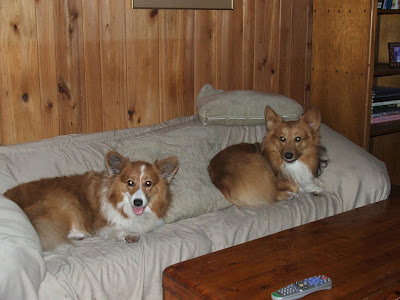 Spiffy (L) has been with Val for about a year and weighed 42 pounds when she arrived as a foster. Running the household has slimmed her down to a trim 28 pounds. 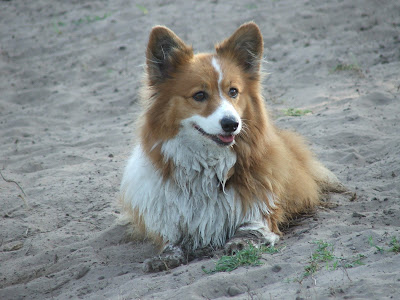 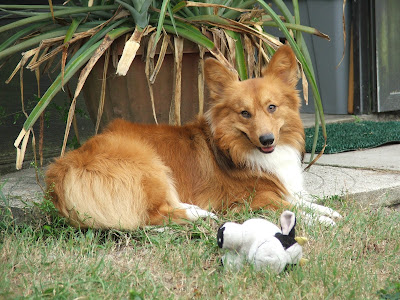 “Total love” Toby was the first of the three to fill the home with Corgi Power.
He had a blown disk in his back in September and had major surgery but was up and walking not long after!
Toby is “grandma’s favorite”, as she helped care for him for during six weeks of total crate rest following his release from the hospital. He digs a good belly rub and luckily he loves to be brushed. 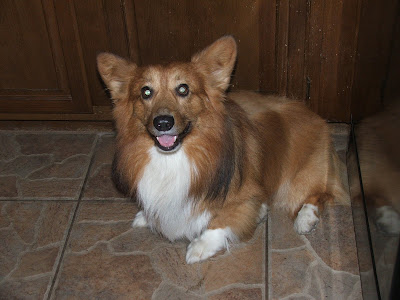 They share the house with their feline siblings Snowie, Midnight and Max, as well as a 21 year old Senegal parrot named Ditto. What a menagerie!
* * * * *
Biskies all around, and welcome to The Daily Corgi, guys!
Yay fluffies, yay rescues.
This post originally appeared on The Daily Corgi in January 2010.

Ten year old Frankie stakes out his favorite spot on the couch. Flooftastic.   Jasper still looks a lot like a puppy, but he ... END_OF_DOCUMENT_TOKEN_TO_BE_REPLACED