Today’s post was originally published on September 22, 2010.
Today’s Dogs of the Day are delightful Pems Indy and his little “sister” Peach of Lubbock, Texas.  Read on as proud Dad Anthony K. tells The Daily Corgi all about his Corgi kids! 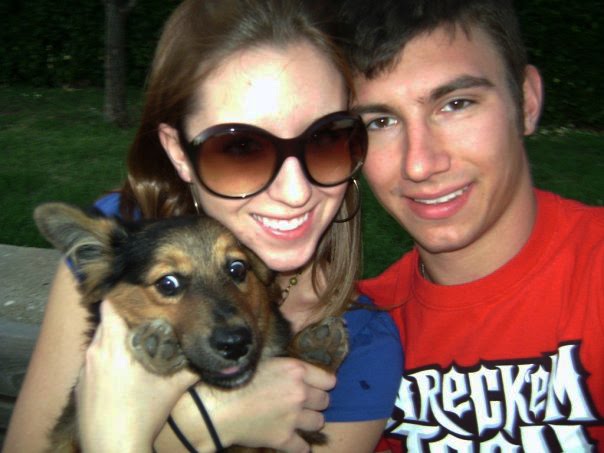 “Indy, who came first to live with Aspen and me, has a ton of attitude. We knew we wanted a dog during our freshman year of college.  Spending a year in dorms without a furry friend was just too much for us. and we began the search as soon as we could. We finally found a breeder in our area and immediately fell in love with Indy.” 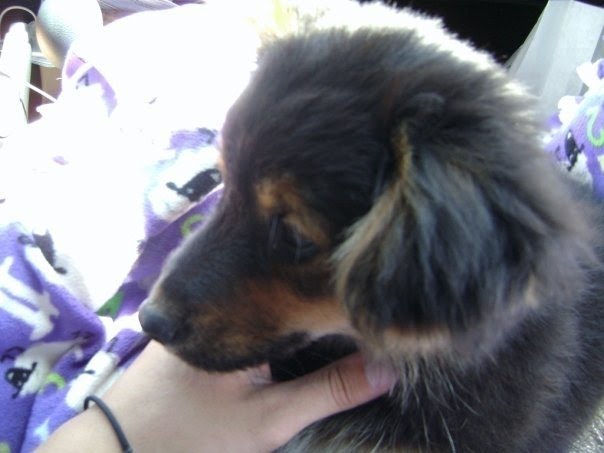 “He was the runt of his litter (a fluffy 21 pounds now), but we adored his relaxed and calm personality. As college students we knew we were going to be living in apartments, so a calmer dog was a must.” 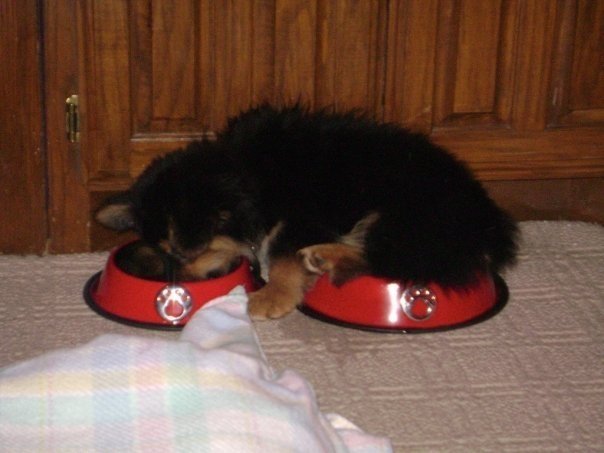 “Indy is extremely well behaved, he never chews on things he shouldn’t and I don’t think I’ve ever seen him get aggressive with people or dogs; he’s that well mannered. You only have to tell him no once and he’ll remember it forever.” 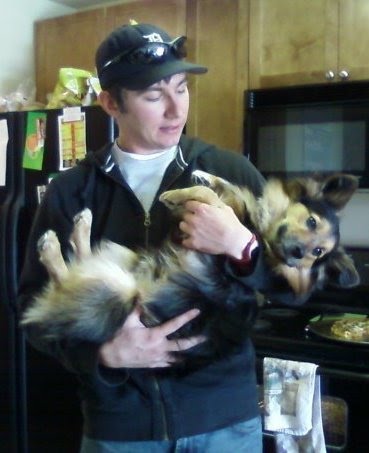 Whatever you say Dad … (wink!)

“Don’t let his chill demeanor fool you though; being the runt just means he has the energy of a full sized Corgi in a pint sized body. He LOVES his frap sessions as well as long games of fetch, swimming, and going for walks on the Texas Tech campus.”
Check out Indy’s facebook page. 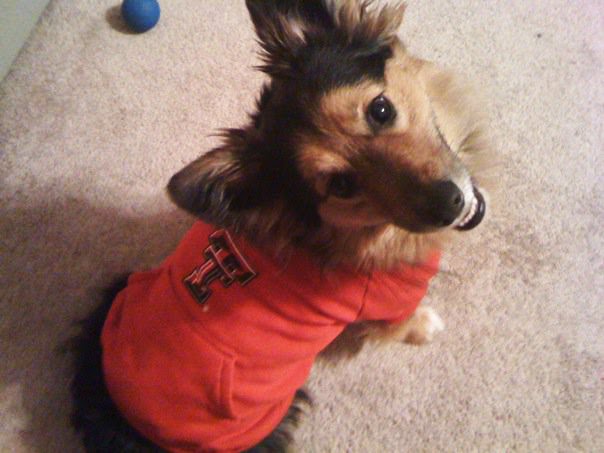 “Indy is actually quite a sports fan. I forgot to turn the TV off one time when I left my room for a while, only to come back and find him sitting on the edge of my bed, eyes glued to a hockey game. Ever since then I’ve left a game on for him whenever I can. He seems to be an especially big fan of hockey and baseball.” 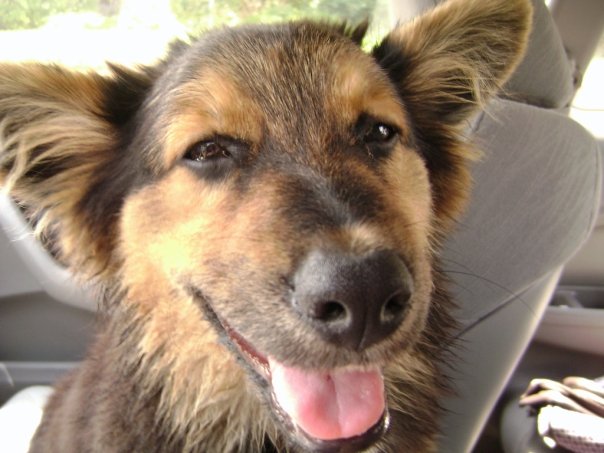 I love a good hat trick!
“Indy is easily one of the most social dogs I’ve ever known. He shows no fear when meeting both new people and new dogs and he’s always ready for compliments and a chance to play. In fact, most of our friends have dubbed him “Lubbock’s Wonder Dog.” Other nicknames include Buddy, The Fluffy One, Goober, and just simply “The Corgi.” 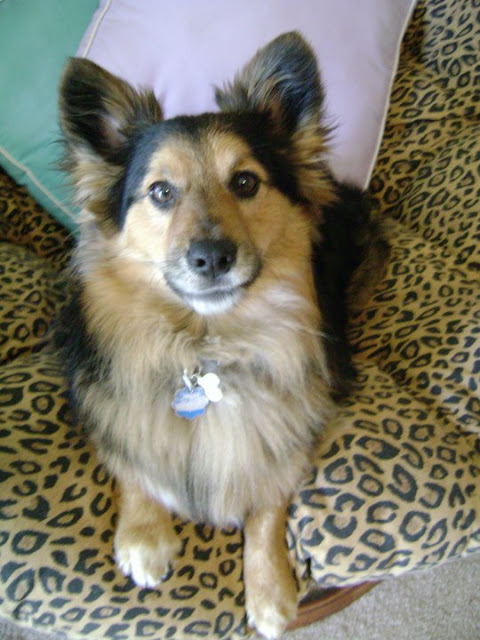 You betcha, I am THE Corgi.

“Due to his unique look most people assume he’s a German shepherd puppy before they see the lack of a tail and trademark stump legs. We’ve also been told on several occasions that he resembles a mini black bear.  We even taught him to stand up on the command “Be the bear” so people can get the full effect.” 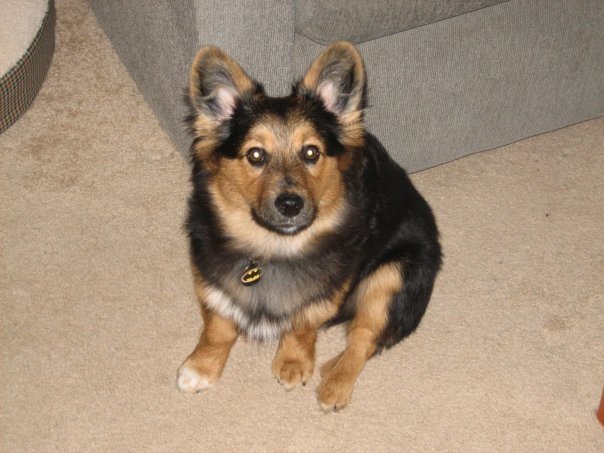 “Our favorite part of Indy’s personality is his talkativeness. He is constantly mumbling, barrooooing, and voicing his opinion. You can even hold a full conversation with him if you keep the subject interesting enough. Indy is the best dog Aspen and I have ever had, and he has absolutely turned us into a Corgi couple.” 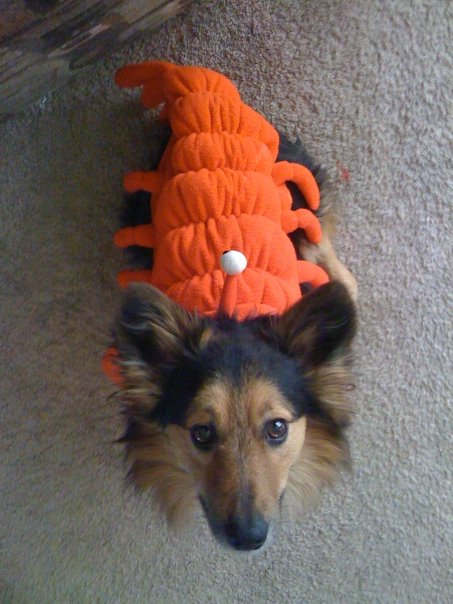 OK Dad, what gives with the crustacean get up?

“Our friends love him (which would explain why he has his own Facebook page), our parents get more excited about him coming home than they do for us, and we couldn’t make it through college without him.”
“Corgi power!”
“With Indy in our lives, Aspen and I had discussed getting another dog at some point, so it was definitely a future plan.  We were thinking of names before we even officially decided to get another Corgi!  One day we were out with some friends at the lake when we noticed an ad for Corgi puppies at a gas station. We met with the owners and immediately fell in love with a new stubby bundle of fluff.” 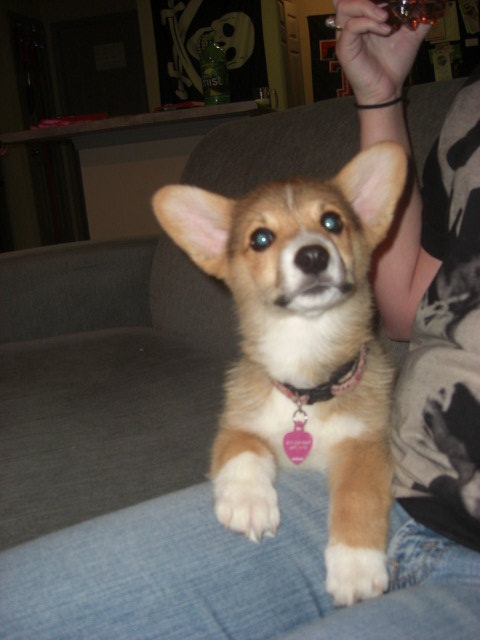 “Aspen and I have always been a unique couple, so we decided from the beginning we would name our dogs to match. That’s how we ended up with Indy Leonidas Krajewski (after Indiana Jones) and Princess Peach Cortana Krajewski, named after the Princess Peach from the video game Super Mario Brothers.” 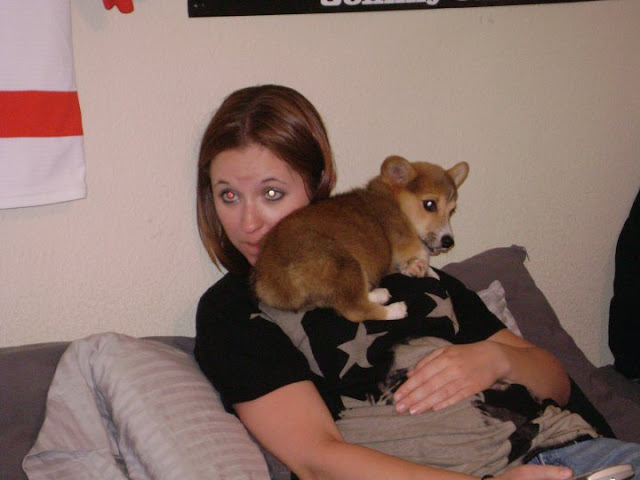 “Peach was the runt just like her big brother Indy, but that’s about where the similarities end. We were shocked at the difference in personality between our two dogs. Indy is a bit more shy and reserved but still very friendly. Peach. on the other hand, is as adventurous as they come. She’s not afraid to get right up in a visitor’s face and demand non-stop pets and belly rubs. Peach is also much more vocal, letting everyone within earshot knowing exactly what she wants whenever she feels the need. Born on February 18th, she’s been growing in leaps and bounds. She’s taking to training well and seems to be falling in line right behind Indy who is still the most well behaved dog I’ve ever been around.” 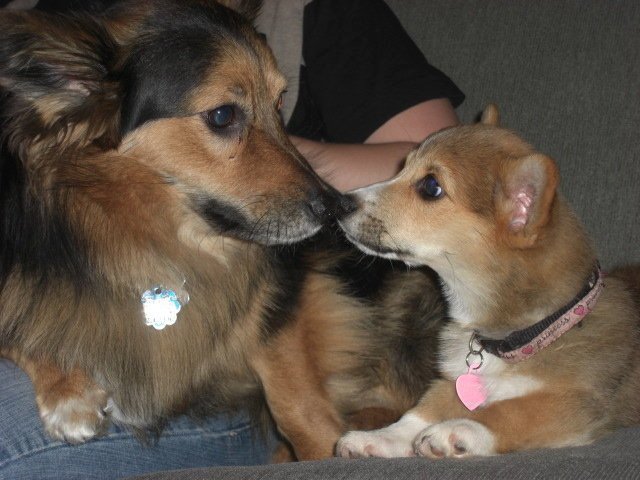 “At first Indy was indifferent towards her, sort of an “Oh great, another furball” attitude, but they quickly grew on each other. Now they rarely leave each other’s sides. Indy’s started a new habit of sitting in Peach’s kennel and refusing to get out. He’ll just sit in there with Peach with a look on his face that screams “But we’re not done playing yet!” I’ve had to get on my hands and knees on more than one occasion to drag him out. They also love doing large scale frapping outside, where they can run laps for what seems like forever. I can’t wait to see the two of them zigging and zagging all over the place when Peach is full grown. The other dogs in the apartment complex already have issues keeping up with them!” 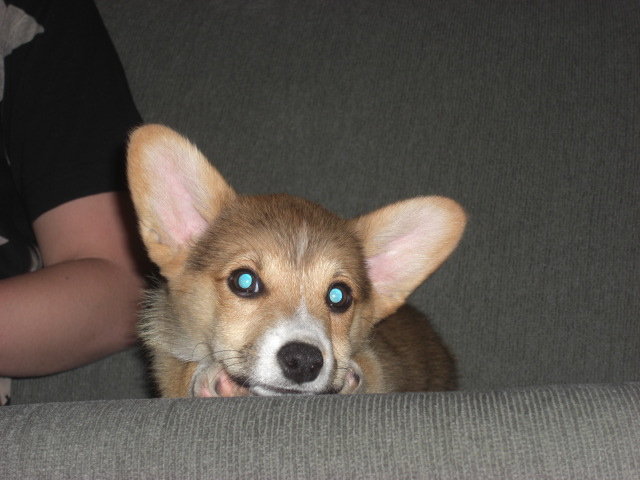 “She LOVES to sleep on the bed when we let her, and often pulls as many pillows into a corner as she can to build her own little Corgi fort.” 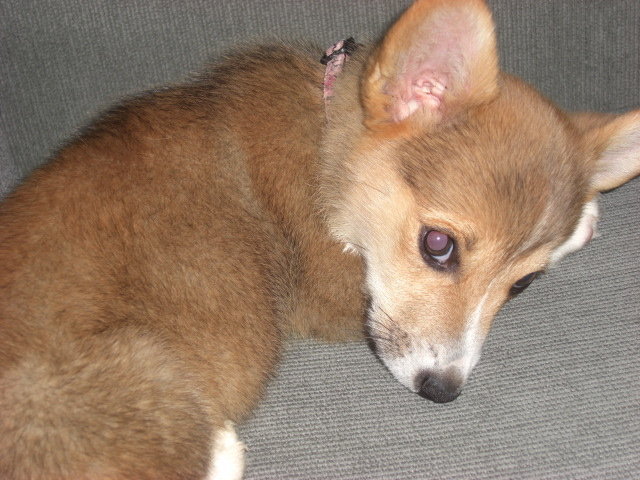 Wait and see — someday I’ll have a canopy bed all to myself!

“While the decision to get Peach may have been on a whim, Aspen and I couldn’t be happier with our choice of taking on the responsibility of another dog. Princess Peach is a perfect balance to Indy, and the two are practically inseparable.” 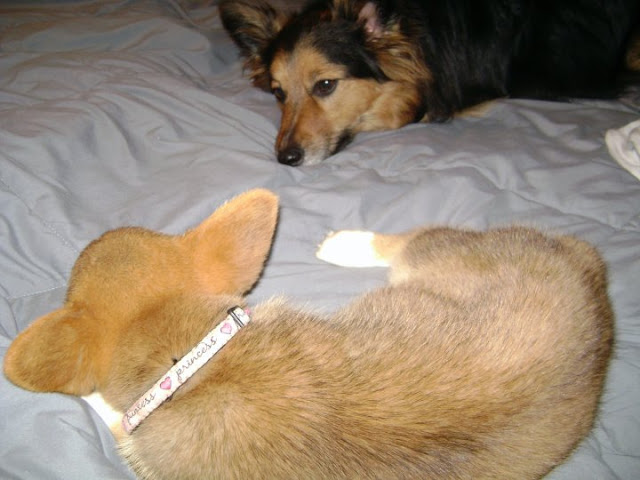 “We love our Corgi family!”
p.s.  “The Daily Corgi has really helped convert us from just normal dog owners to full on fanatics.” (Mission accomplished!)
*  *  *  *  *
Welcome to The Daily Corgi, Indy and Peach!
You’ve got combined Corgi Power the size of Texas!

Ten year old Frankie stakes out his favorite spot on the couch. Flooftastic.   Jasper still looks a lot like a puppy, but he ... END_OF_DOCUMENT_TOKEN_TO_BE_REPLACED