Good morning, Daily Corg-ers! Laurie is doing grown-up stuff this morning, so she asked me to fill in and provide some entertainment for you to start your morning off right. Who am I? Paige Davis, Founder and CEO of CorgiPals, Inc. You probably know me best from my weekly Catching Up with CorgiPals posts.

It was one week ago today that we celebrated Halloween! Children and Corgis around the world dressed up in the best costumes and impressed the masses with their Halloween-y cuteness. I’ve seen your Corgis’ costumes on The Daily Corgi, so I thought I would share the costumes that my babies have worn since I got them.

Three years ago, Dexter Jaymz celebrated his very first Halloween. Being the awesome mom that I am, I bought him a costume that would flatter his figure and make him look adorable. Dexter, however, was not thrilled about being a hot dog apparently, and soon after this photo was taken, the hot dog costume died a painfully shredded death. 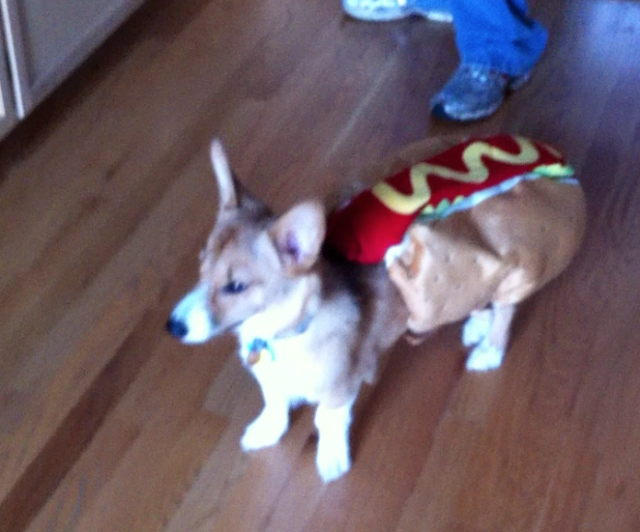 The next Halloween we had Violet Ellen, and I had stepkids in my life. Being that I had a reason to go trick-or-treating again, I decided to get Dexter and Violet matching costumes and take them trick-or-treating with the family. After the untimely death of the hot dog, I thought maybe Halloween t-shirts would be a better approach. On Halloween, Dexter and Violet put on their matching glow in the dark pumpkin t-shirts and off we went! 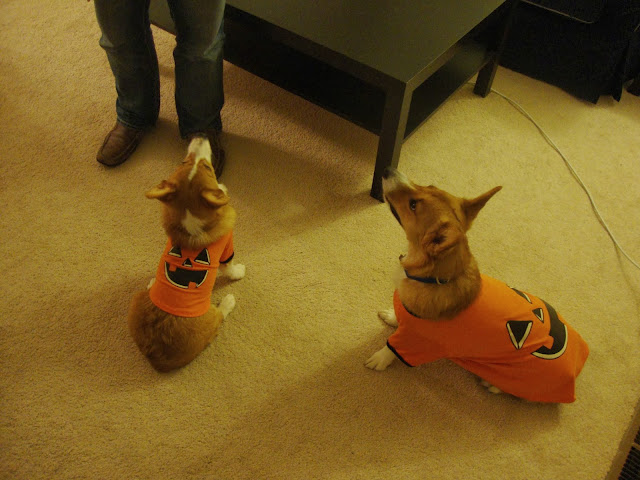 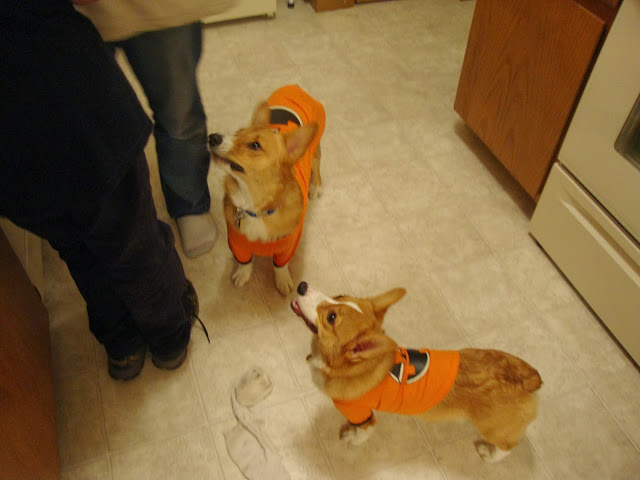 Last year we decided to have a little more fun. Dexter and Violet picked out superhero costumes, and our family walked around the neighborhood escorted by SuperDex and SuperVi. 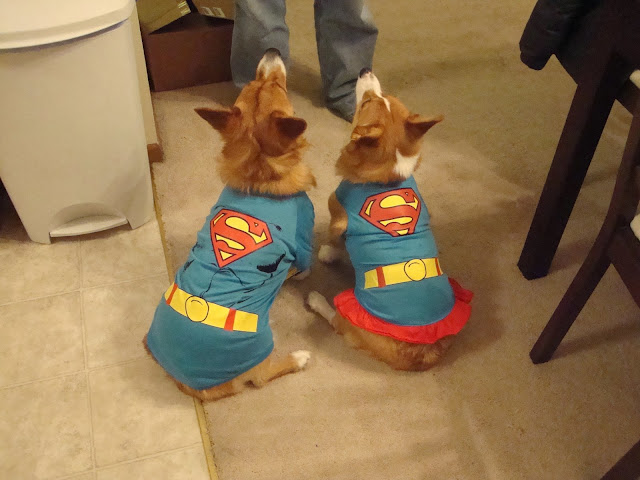 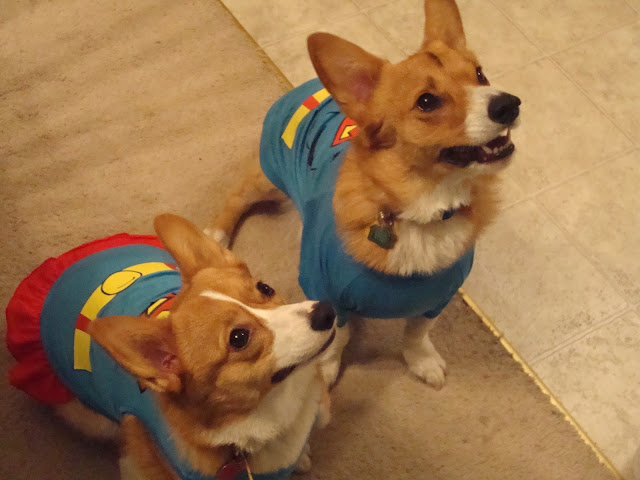 This year, Dexter decided he wanted a more sophisticated costume. He says he’s getting to old for all that puppy stuff, he says. And so Dexter donned his lab coat and went as a veterinarian and Violet was his vet tech. 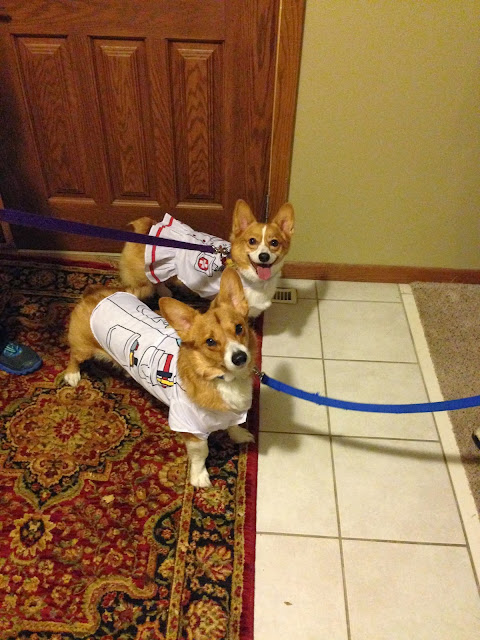 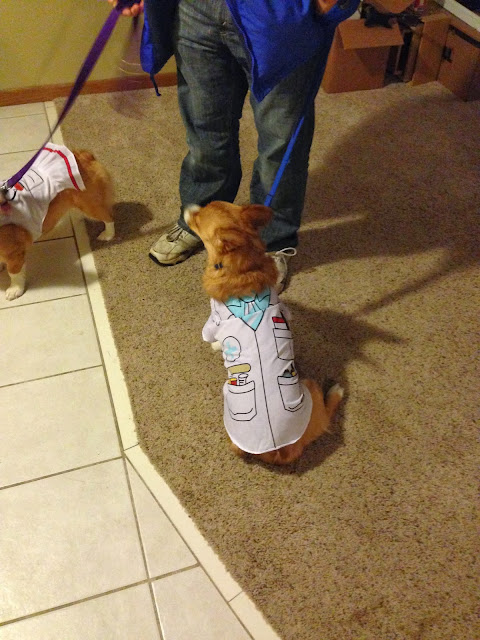 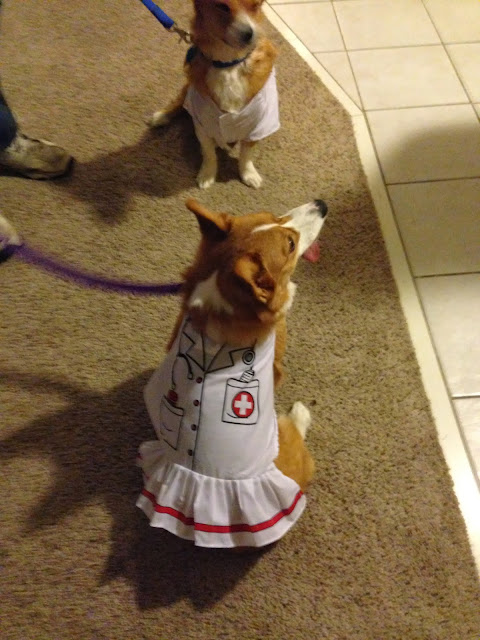 Hope you’ve enjoyed this guest post! If you’d like to share photos of your Halloweens past, I’d love to see them. Just shoot me an email at corgipals@gmail.com. Now, back to eating all that hard earned candy. 😉

Ten year old Frankie stakes out his favorite spot on the couch. Flooftastic.   Jasper still looks a lot like a puppy, but he ... END_OF_DOCUMENT_TOKEN_TO_BE_REPLACED