This is the story about a dog named Augustus: Gus, Gus-Gus or Gussy. He came into rescuer Jeanette DeMars’ life on December 1.

“I can honestly say he is one that will change me forever.” 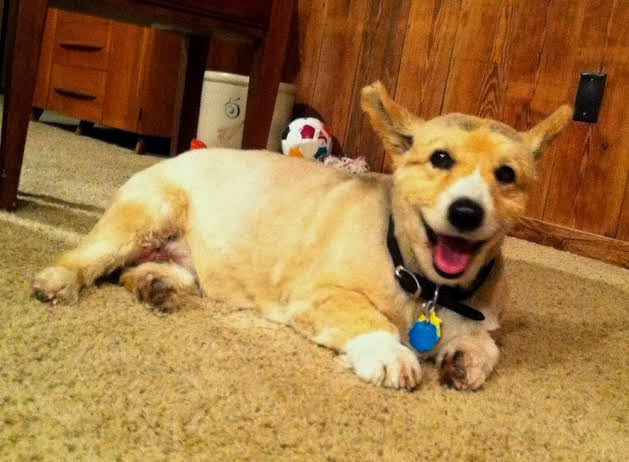 “Advertised for sale for whatever reason — I’m not sure why, except that he was older — Gus had been an outside dog. While I don’t normally “buy” dogs in to rescue, there was just something about Gussy that told me he needed help and needed it now. With the help of a fellow rescuer and some of her friends, we were able to get Gus transported the four-plus hours from his former home in SW Kansas to Corgi Connection in Milford, Kansas. 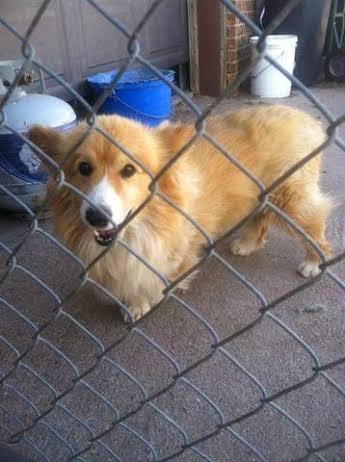 Gus is one of THE sweetest, most easy-going Corgis I’ve met. It could be because he’s 10 years old (advertised as seven), or that he’s just not as mobile as he used to be, but there is something in his eyes that just captures your heart and doesn’t let go. His short stay at my house and his visits to work proved that. EVERYONE loved Gussy! I envision he was once a very proud, strong and noble dog; he deserves to retain his dignity. Why or how anyone could let him go is beyond my comprehension, but according to his vet records he has been re-homed at least three times.

Because of chronic, long term neglect, Gussy’s coat was in such poor condition he had to be shaved. The resulting look earned him the nickname “Ear Muffs”. He does bear a resemblance! 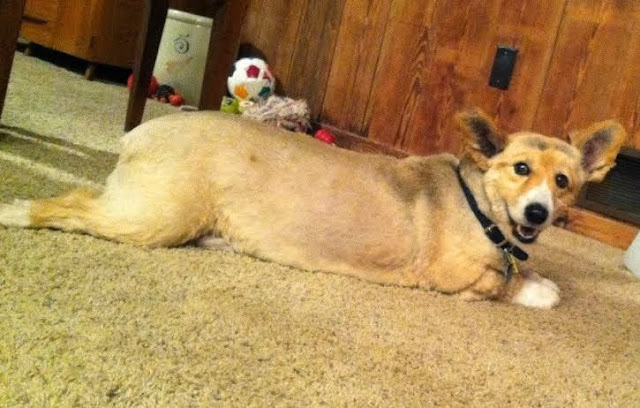 As soon as I got Gus home, I knew he had a grave condition, and x-rays confirmed my fears. It appears Gus has DM, Degenerative Myelopathy, an incurable, progressive disease of the canine spinal cord. Progressive weakness and un-coordination of the rear limbs are often the first signs in affected dogs, with progression over time to complete paralysis. Dogs with DM are not in pain and can live years with the aid of a cart and loving owners.

While Gus is still mobile, he will need a cart. It’s vital to get him used to the cart while he is still mobile, before he becomes completely dependent on it. His current foster Gretchen Anderson is working on securing one for him. She was gracious enough to help with Gus, because I’ve had to take other dogs in and know I can’t do them justice if I have too many at my house. 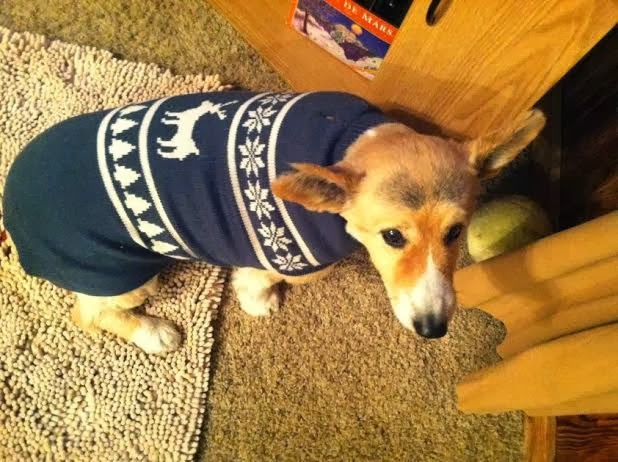 Gus IS available for adoption, but whoever might be interested in him should do some research about a dog with DM. He will have special needs and require some specialized care as the disease progresses. Right now, Augustus is pretty much like any other dog. He will occasionally stumble or his back legs will slide out from under, but it doesn’t keep him from going. He does have trouble with slick floors and would do best in an area with carpet or some other semi-rough surface. He cannot climb stairs.
Gus loves to go on walks, but it would be best if he’s not walked on hard surfaces like concrete or asphalt, since he drags his right foot a bit. Because they don’t feel pain, DM dogs don’t know they’ve injured themselves and can drag a foot until its raw.
Gus-Gus is friendly with other dogs, house-trained, current on vaccinations, neutered, and tested negative for heartworm. He has lots of love to share and receive! Corgi Connection will look in to getting Senior Aid for him through CorgiAid, so whoever adopts him will know there may some financial help for Gus’s care available down the road. While I can’t promise Gus he won’t get moved around a few more times, I did promise him he would never be cold, hungry or left outside any longer than he wanted to be ever again. Until he finds that perfect furr-ever home, we take comfort in knowing that he is in the warm welcome of a home during winter, where he is being cared for and loved. If that means he stays in Corgi Connection forever, that’s what we’ll do for as long as he needs us.”

Ten year old Frankie stakes out his favorite spot on the couch. Flooftastic.   Jasper still looks a lot like a puppy, but he ... END_OF_DOCUMENT_TOKEN_TO_BE_REPLACED