The last time Westminster Winner Coco Posh made her appearance here on The Daily Corgi, she was fresh off her history-making 2014 turn in the ring. First ever Cardigan Welsh Corgi to win Best of Herding Group? No sweat … 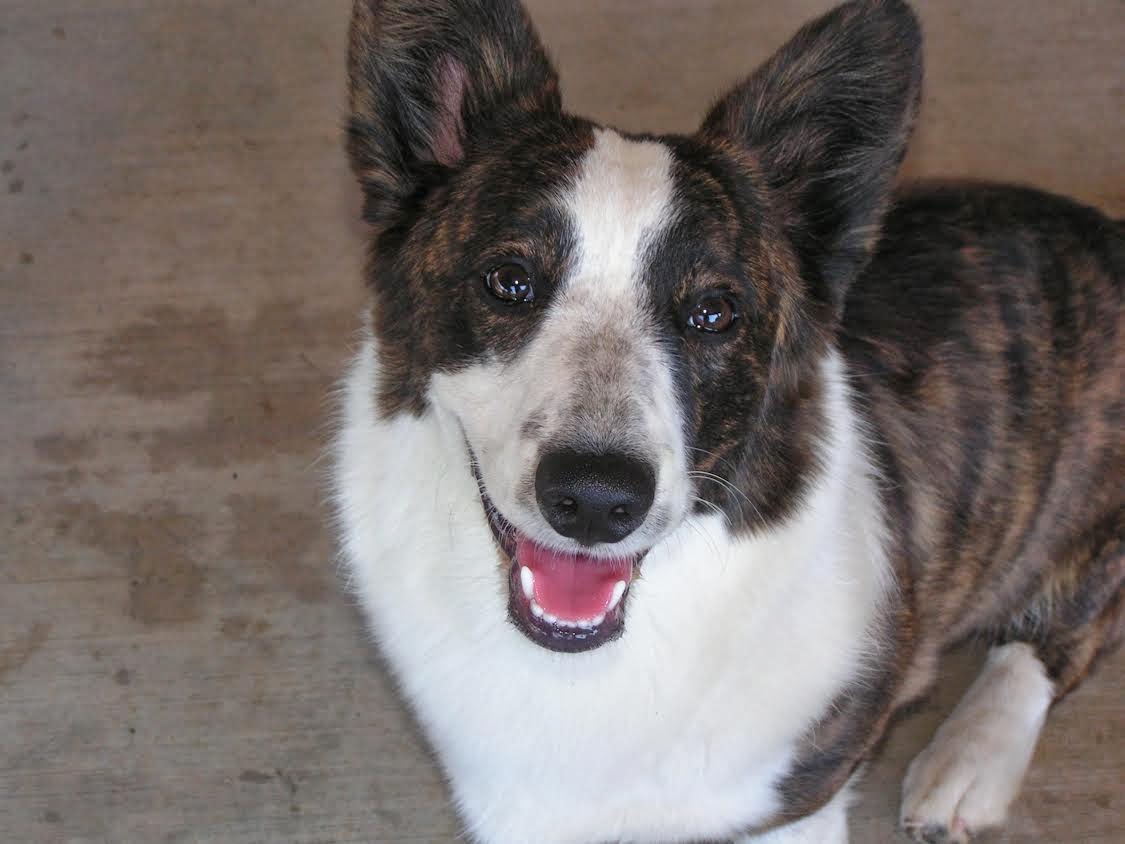 … served up with a smile, Corgi style!

In spite of looking fresh as a daisy, Coco already had more than a few shows and wins under her belt. This girl was handy with hearts and titles too, explains her owner (and biggest fan) Julie Divens. “Coco’s dog show career started with a rather fleeting, non-committal interest on my part” she recalls. “It probably had more to do with getting swept up in the moment than a genuine desire.” 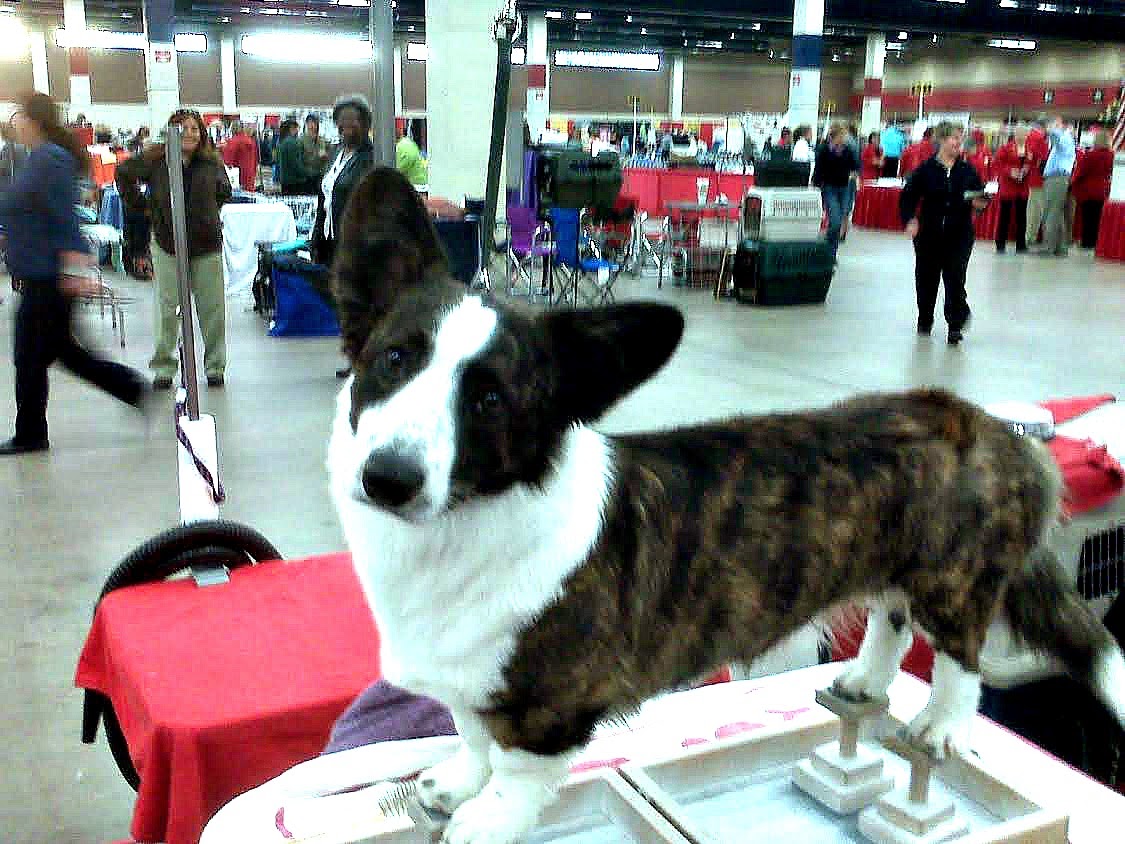 This is what an awesome-sauce Cardigan Welsh Corgi looks like. Any questions?

“My sister, Deb Shindle, is an owner/handler/breeder of Pembrokes who has been very active in the dog show scene for over thirty years. I had been to many dog shows in the past, but don’t recall ever having actually retained any knowledge of conformation or handling.”

“During her first week with us, Coco Posh began her puppy behavior and manners classes at River Dog Agility, where we picked up a bit of handling. She was very shy and smaller than other dogs in the class, but adept at all the exercises. When she wasn’t participating, Coco was inclined to tuck herself away under our seat, sleeping and snoring.” 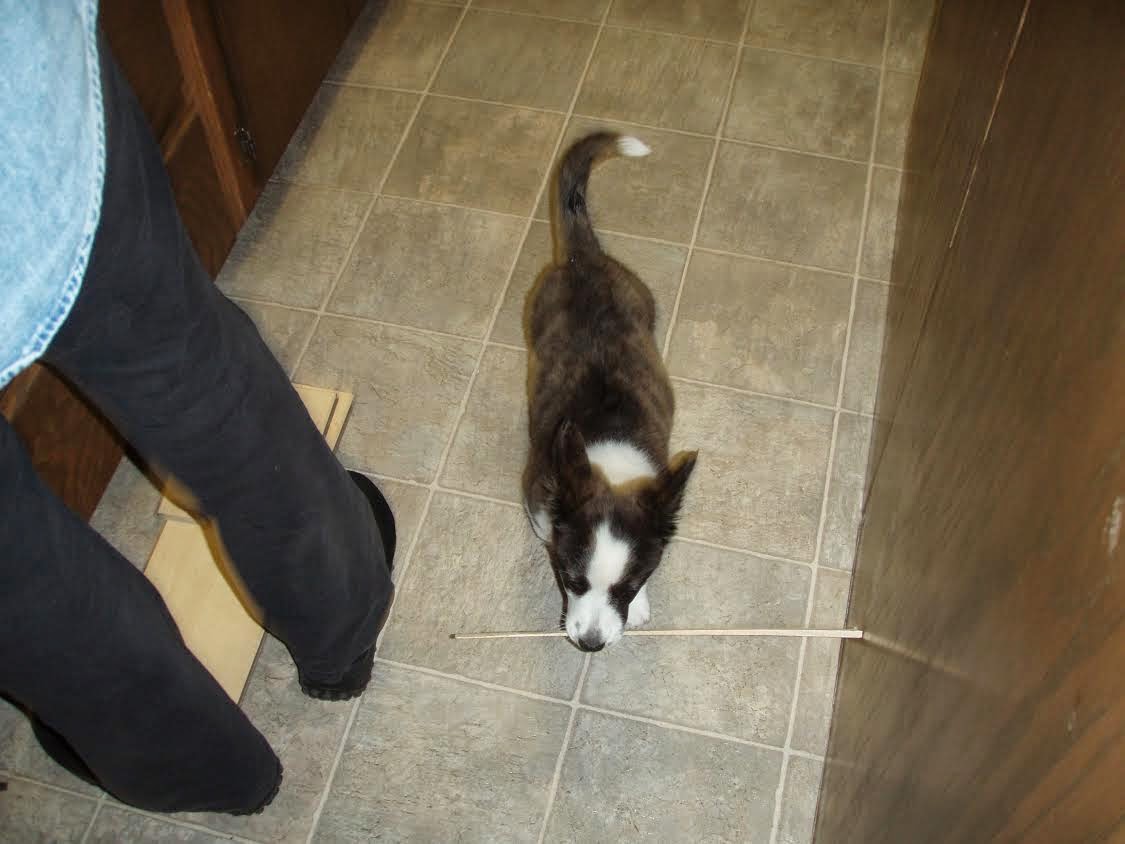 “Months later, because we were on the mailing lists, we got the premium list for the 2009 Wine Country Dog Show. I had never really considered showing Coco Posh at other shows, in spite of having received lists for them far and wide. With Napa just a three hour drive southeast of our California town, we thought it would be fun to enter her in the show. Somehow, the Napa location spoke to me. Perhaps it was the wine doing the talking.”

“To prep, I walked Coco in controlled circles on our property, on a cool braided show lead (a fab gift from my sister Deb). Because this really did nothing for either of us, we ditched that and played Frisbee instead.”

“It soon became obvious we really needed to get it together in our showing prowess, however. In earnest, we began watching Best in Show (a lot) and replayed (ad nauseum) the various dog show herding groups we had recorded on DVR. Coco and her mother Lola were rather blasé about the shows, dozing like disinterested wingmen on the back of the sofa, until the day a brazenly handsome devil of a Cardigan on the TV got their attention. As he raced headlong towards the camera, the girls responded with a sudden and vociferous chorus of enthusiastic barks.”

Well. That got their attention! 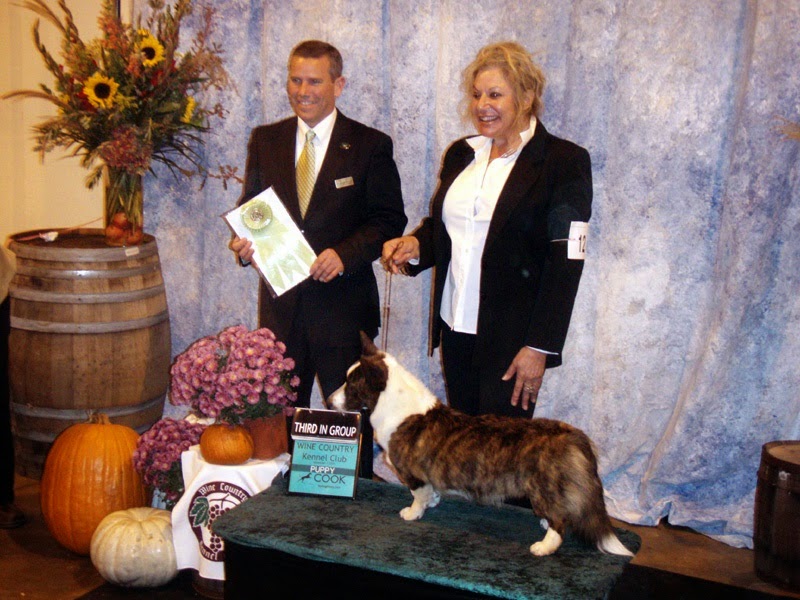 “The Wine Country Dog Show fell on a particularly warm early November day. Coco Posh knew something was up; she was bathed and beautiful and ready to rock. We entered in the 7 to 9 months and won best puppy and best of opposite right off! It was such a whirlwind of comings and goings, pictures and ribbons.”

“I got my first and last taste of being in the ring that day, enough to know I’d enjoy the shows more as an owner and spectator. At the end of the day, we took a Group 3, and as you can tell by my expression, I was stunned. Coco had a blast, despite me dropping her as I put her up in group. That’s novice nerves for you!” 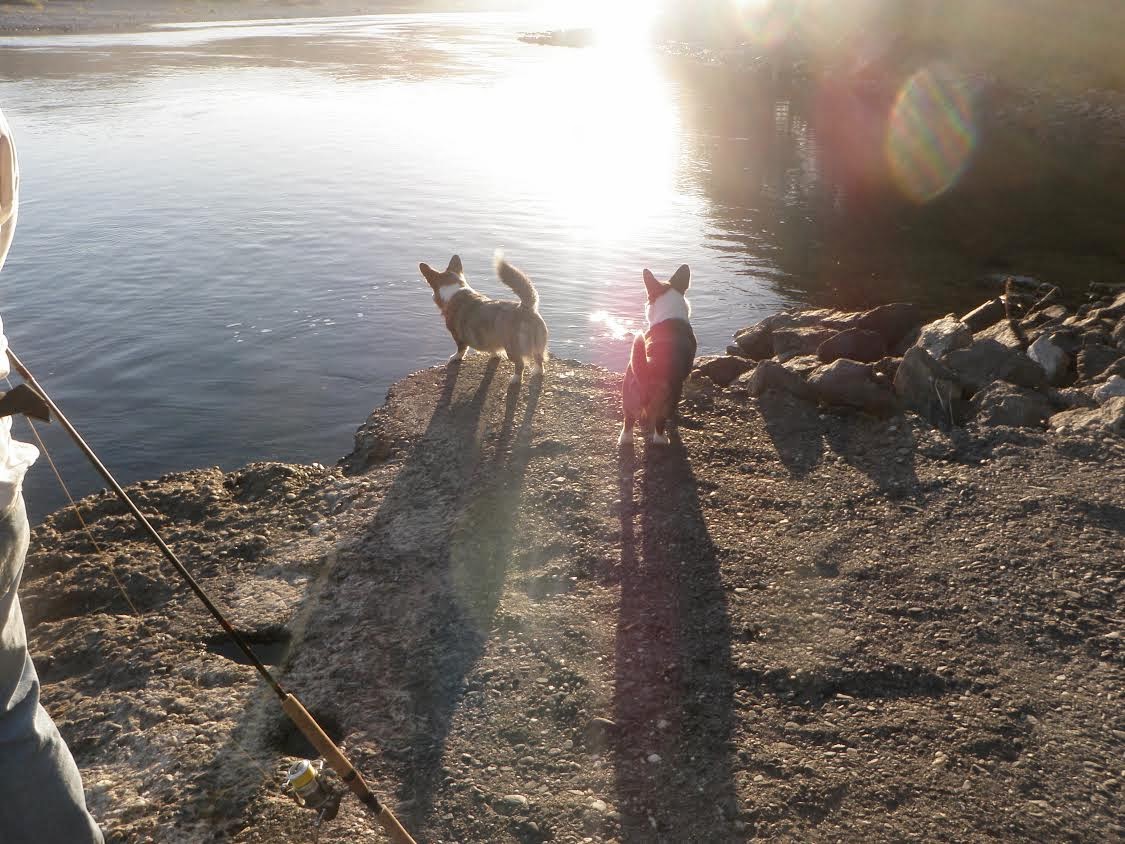 Field trip! Coco and Lola chilling on the banks of the Rogue.

This was only the start of big doings for a little dog from California. Stay tuned to The Daily Corgi for the next installment of the Coco Posh saga!

Ten year old Frankie stakes out his favorite spot on the couch. Flooftastic.   Jasper still looks a lot like a puppy, but he ... END_OF_DOCUMENT_TOKEN_TO_BE_REPLACED