When Scully (who may or may not be ADD) started herding her two year-old Manx “sister” Kuma, her folks Lindsay and Eli knew it was time to get her a friend.
“Kuma actually enjoyed it and always came back for more!” 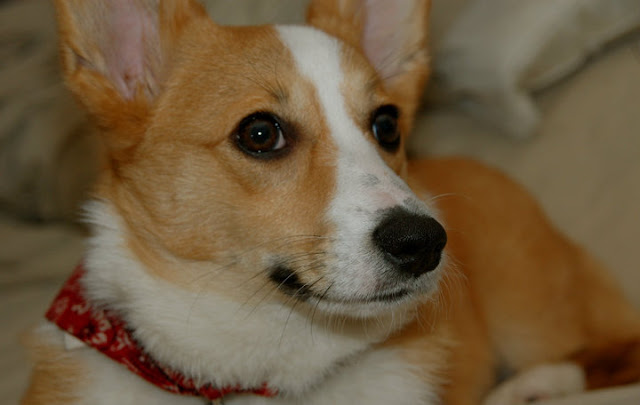 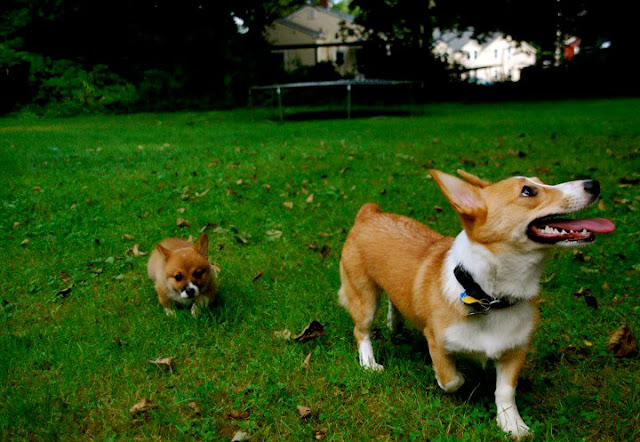 Little Mulder joined the family in August of ’09.

He and Scully warmed up to one another other very quickly. 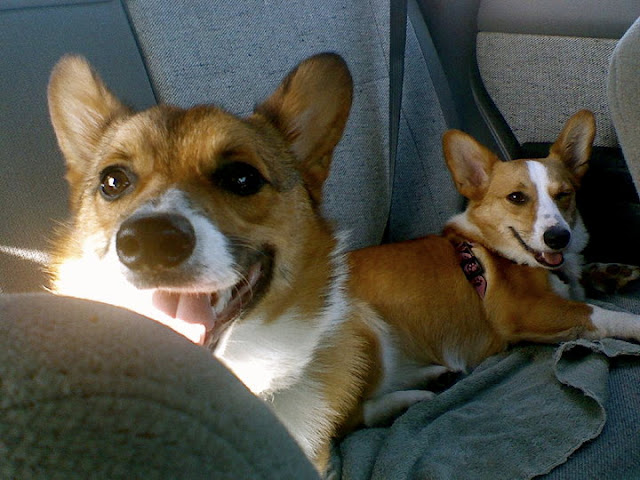 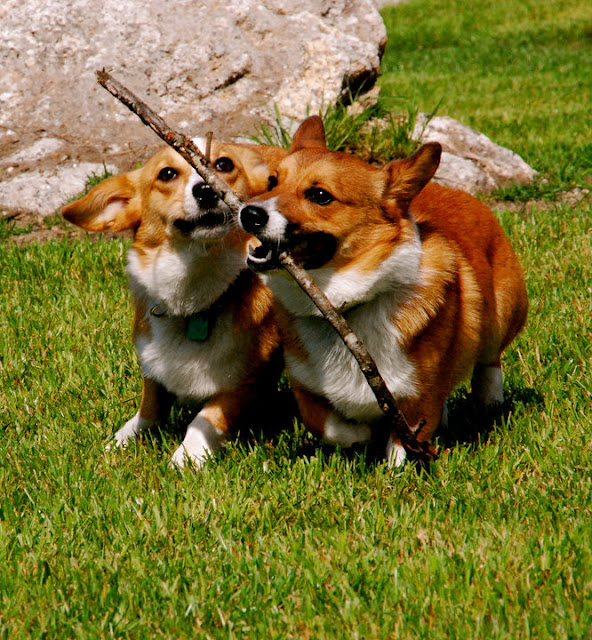 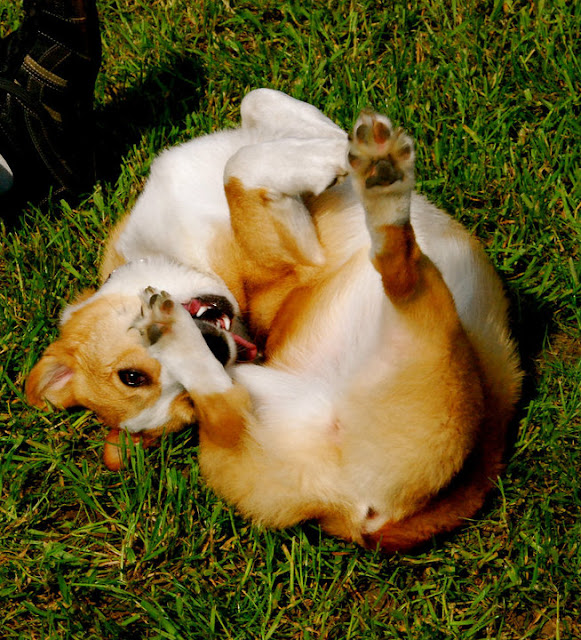 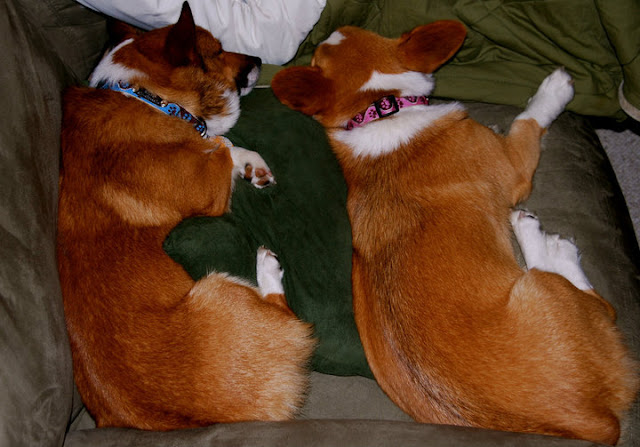 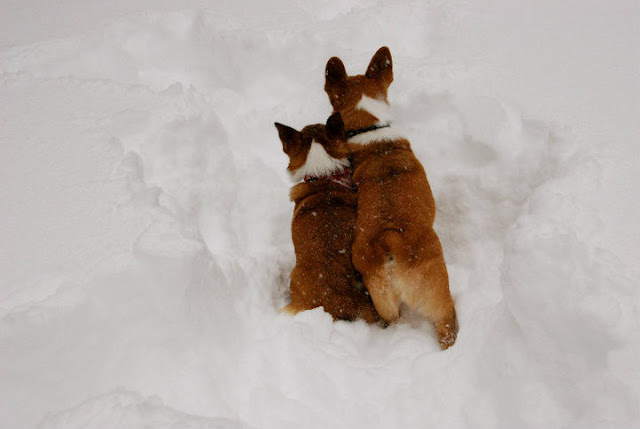 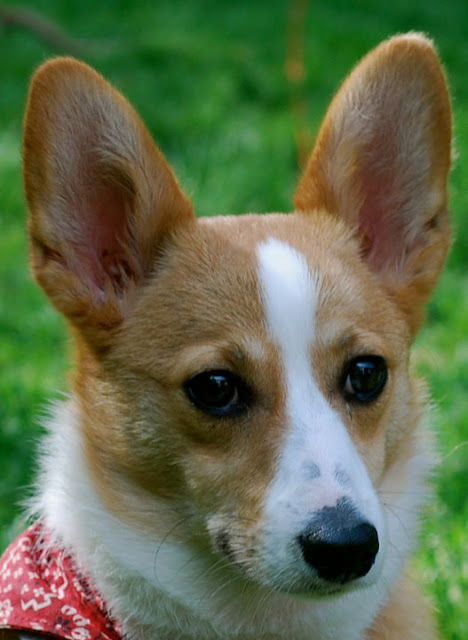 Scully will be three this October. 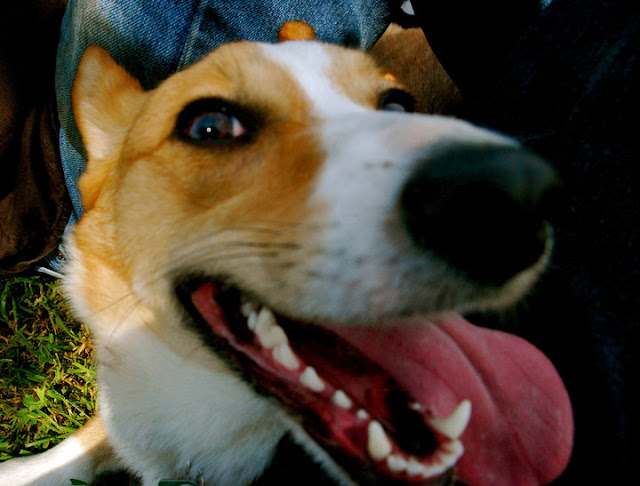 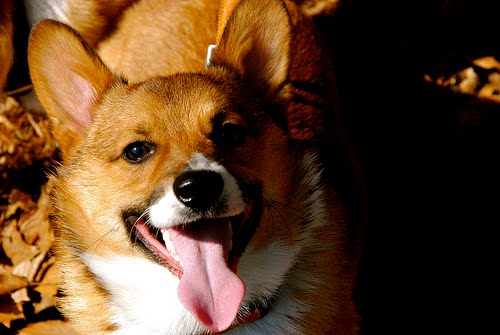 Mulder will be two in June. 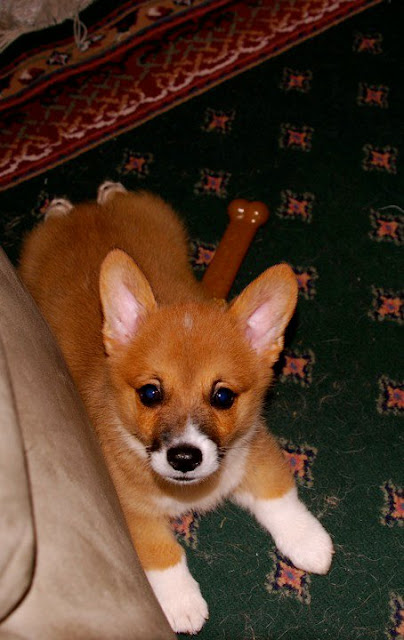 In his puppy pants days. 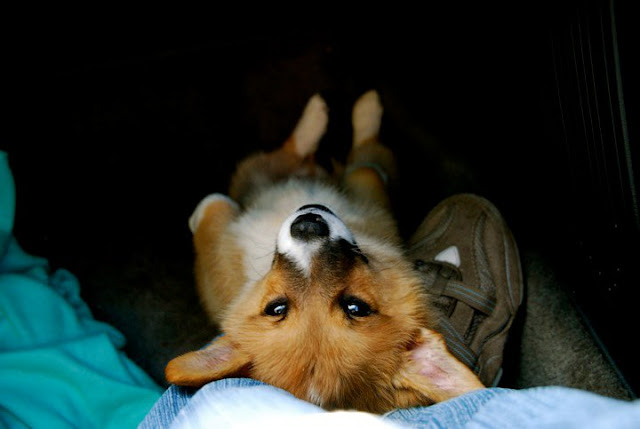 “Mulder may be small but he is mighty …” 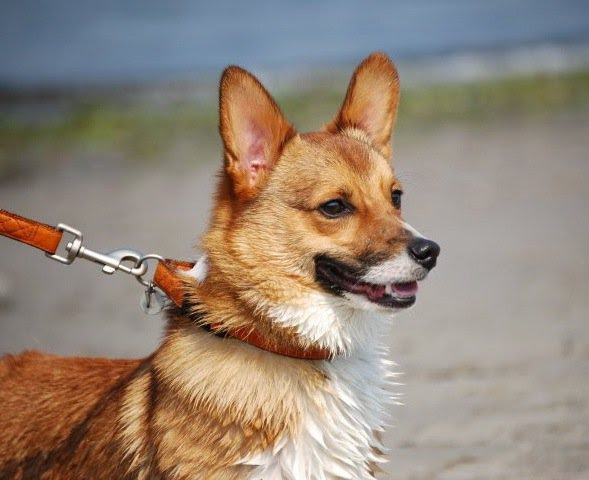 … and mighty handsome, too. 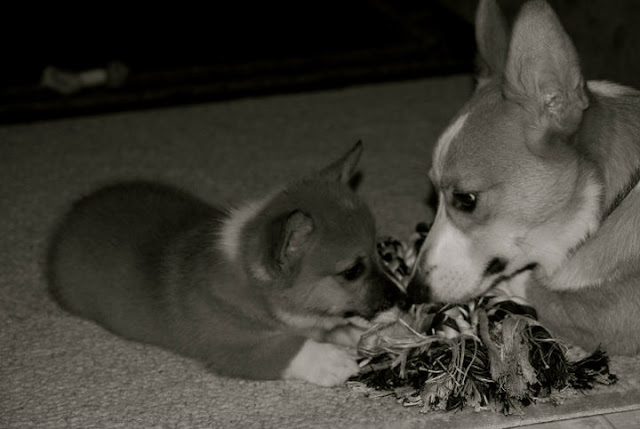 “They both love other dogs” writes Linsday, “especially when we have pet sitting dogs over. When we first got them as pups, Eli and I made sure to socialize them with 100 people in the first 40 days we had them. They also love the vet hospital where Eli works. “
“We’ve taken them hiking around Rhode Island, kayaking, and camping in New Hampshire’s White Mountain’s last summer. They had a blast!” 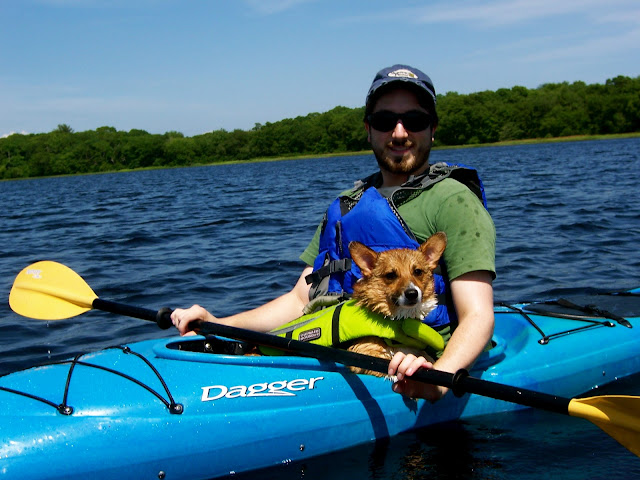 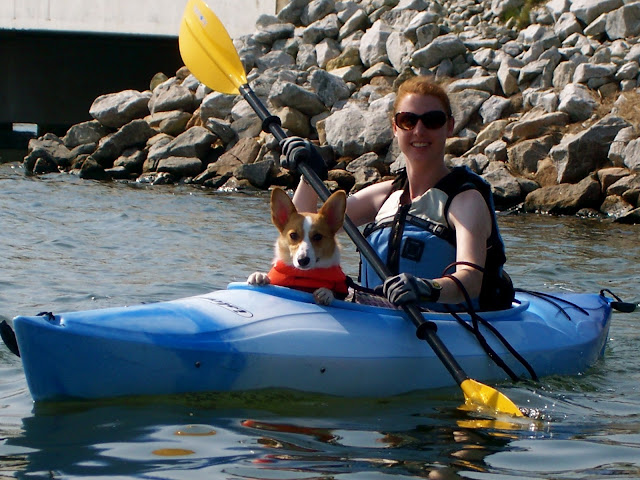 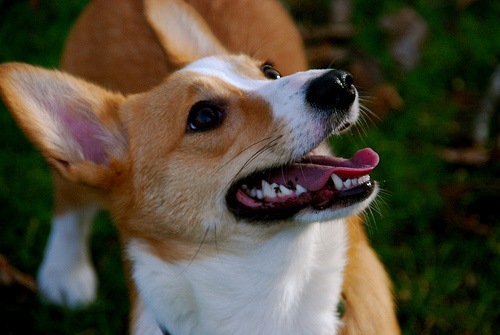 “Scully is the more energetic one.  While I love her to death, and she is the best people dog I’ve ever seen, I do think she has ADD, which is why we’ve held off on her CGC.” 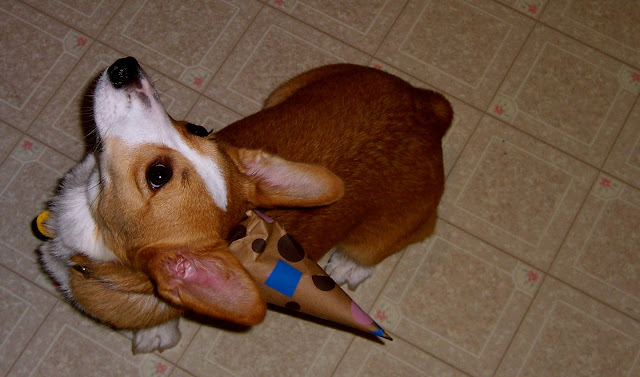 “She is very smart, and very motivated. She just gets overly excited about everything.” 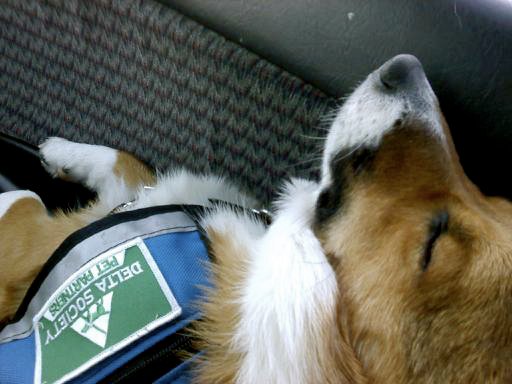 “I decided to put Mulder into therapy dog training last summer and he exceeded expectations!  He received his CGC on July 31, 2010 and passed his Delta Therapy Dog test on August 10, 2010.” 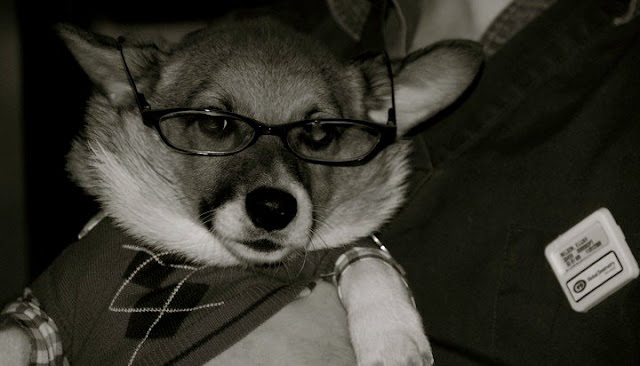 “We’re starting his therapy visits this coming Spring because the past few months have been so busy!”

“Eli introduced me to the Corgi breed. He loves the anime “Cowboy Bebop”, which is where we got the idea. We are also X-Files nerds, so once we got “Scully” we knew we had to get a “Mulder.” 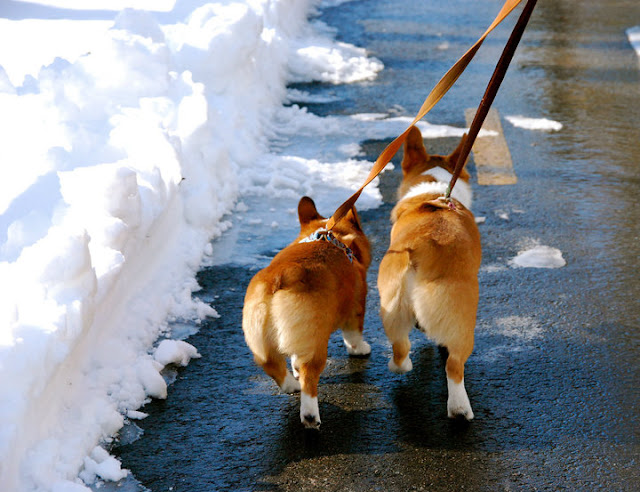 “My dream is to get a male Fluffy and name him “Skinner.” Then our pack will be complete.”

Way to represent for Little Rhody!

Ten year old Frankie stakes out his favorite spot on the couch. Flooftastic.   Jasper still looks a lot like a puppy, but he ... END_OF_DOCUMENT_TOKEN_TO_BE_REPLACED