This is Puff. He doesn’t always come when called by his name, but “CHICKEN!” gets him running every time. 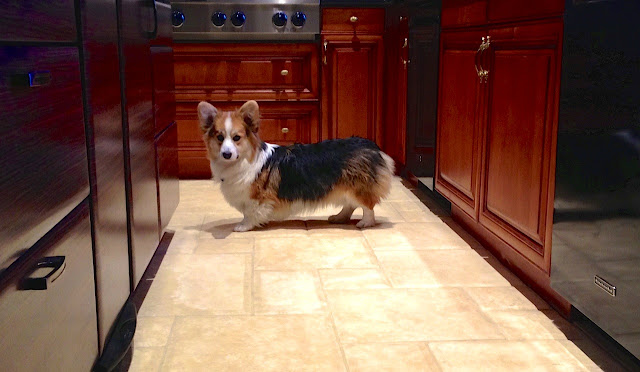 Hmmmmmm, funny how that works.

He lives with two other Corgis — Truffles and Bubble — at the family homes in Nevada and California. Lucky owners Jim and Debra Blee must vacuum a lot of fur. A lotta lot! 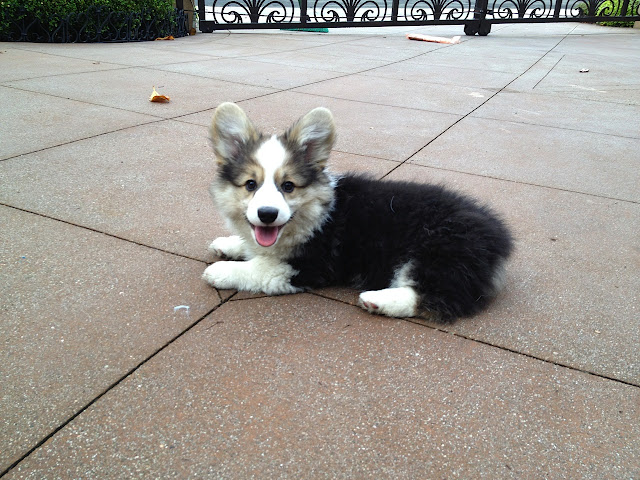 When he first arrived, everybody thought Puff looked just like a stuffed animal … 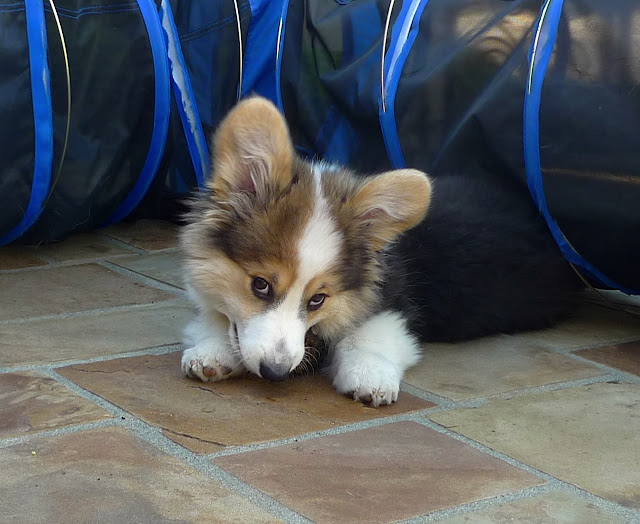 … and he did! But he was much livelier than any battery-powered critter. 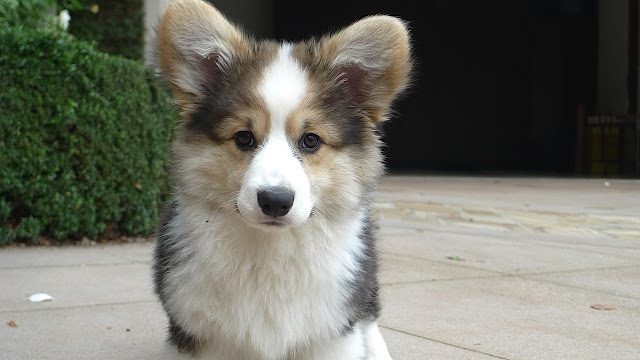 Sweet and affectionate, too. How delightful can one dog get? 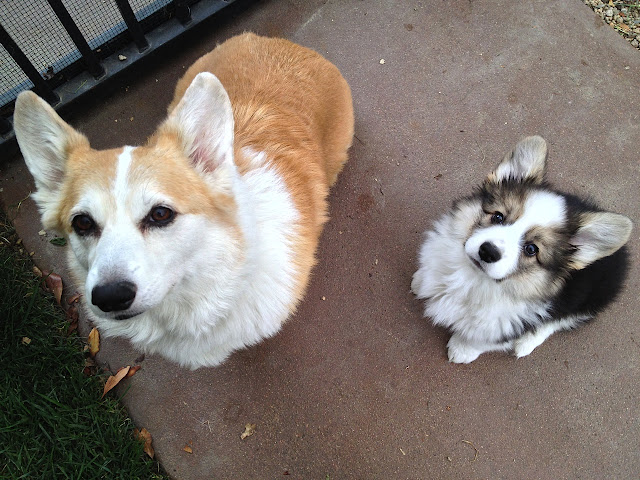 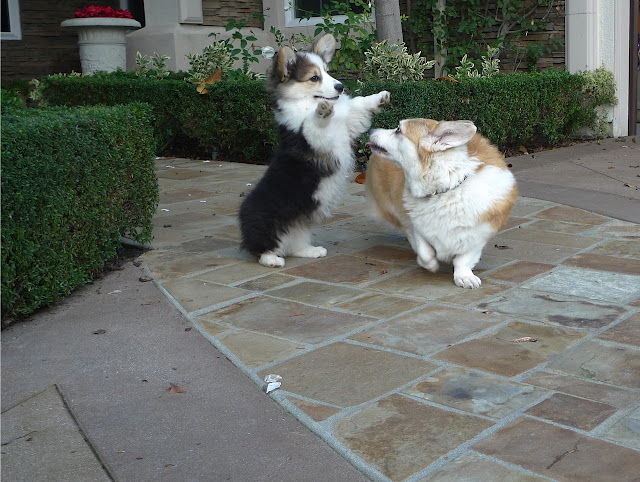 “Puff can play nonstop for hours with the other dogs. He amuses himself for long stretches at a time by throwing his toys up in the air and chasing them. If there are sprinklers on, he thinks biting the water and running through them is pretty fun too. Indoors, he runs circles around the kitchen island.”

“He’s got quite the nose on him. Puff can sniff out almost anything. We never question him if he tells us there is a loose kibble somewhere, he’s always right! He rolls in whatever’s stinky. Not so fun for us on walks when he makes a sudden stop and tries to get whatever he is smelling all over him. But he’s a dog and we let him be one!” 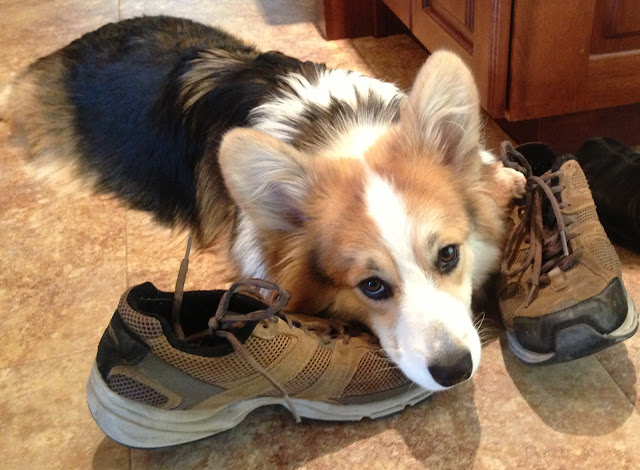 Fluffy-coated Puff is a big fan of putting his nose in shoes and pushing them around the garage, then (of course) trying to chew those shoes up. Shoes are apparently tastier than Nylabone dinosaur chews.

“At nearly a year, his caboose is on the large side. We like to call it a Badonkadonk butt, and we think it makes him even cuter than he already is. There are so many great things about Puff, but one thing that really stands out is the look in his eyes. My husband and I have both been caught off guard by how he sometimes looks at us.” 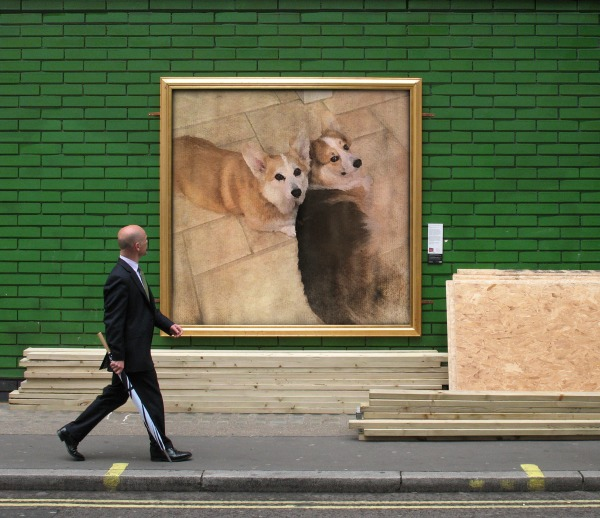 “I can only describe it as a wonderful gift. We are really lucky to have him in our lives!” 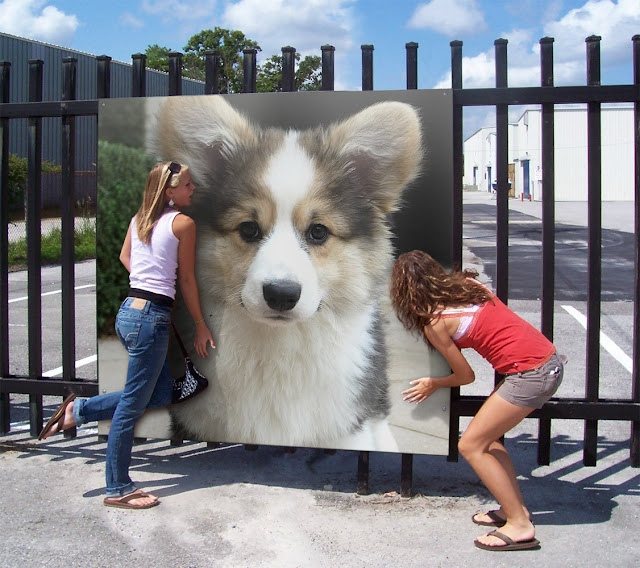 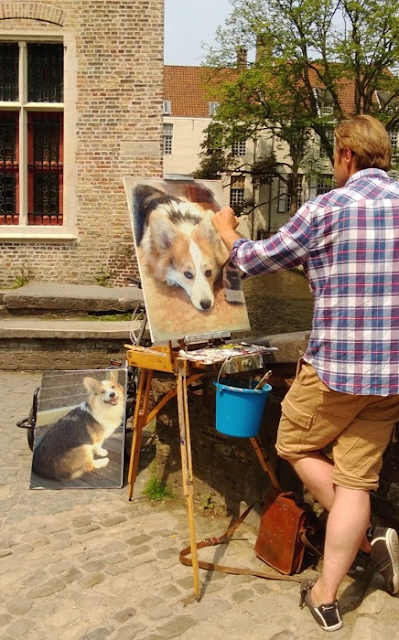 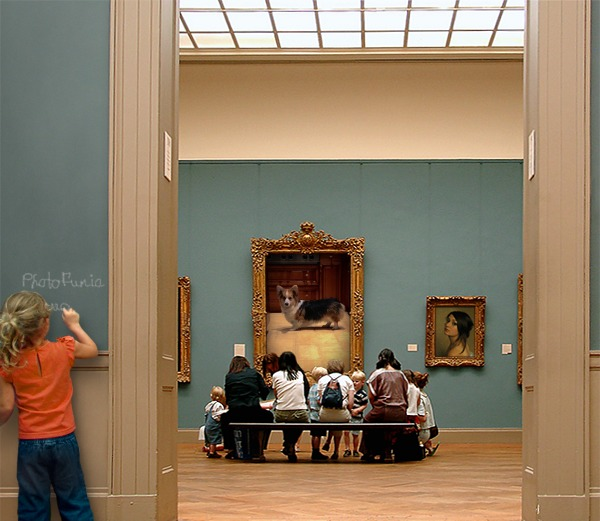 Corgi On, Puff! Corgi On!

Ten year old Frankie stakes out his favorite spot on the couch. Flooftastic.   Jasper still looks a lot like a puppy, but he ... END_OF_DOCUMENT_TOKEN_TO_BE_REPLACED