After his first owner suffered a hip injury and was no longer able to care for him, Roper bounced around a bit in his first
two years. He was given to a relative who already had
three dogs and a few kids, and when his addition didn’t work out, they put
an ad out to get Roper a new home. 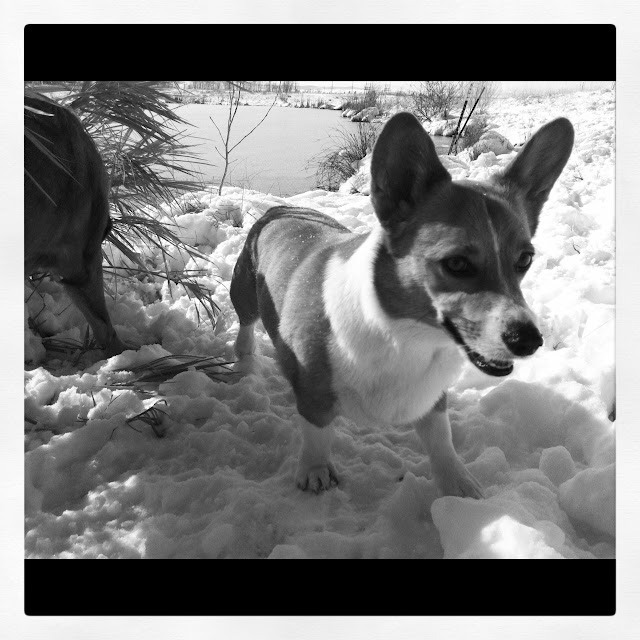 When Bobbi Jo’s sister responded, Roper went to live with her. It didn’t
take long for her to realize she had bitten off than she could
chew as a single mother of two young children. There was little time
for walks and play; absolute essentials for independent, active dogs like Corgis. “Even though I am 800
miles away in Montana, my mother suggested I might be the right fit for this little guy” writes Bobbi Jo. “Of course she was right. It just so
happened that my boyfriend’s nomadic old hippie father Cliff was
driving across the country on his way out to stay with us for a while, so
we had ourselves a ticket for Roper to travel
to Montana to live with us.” 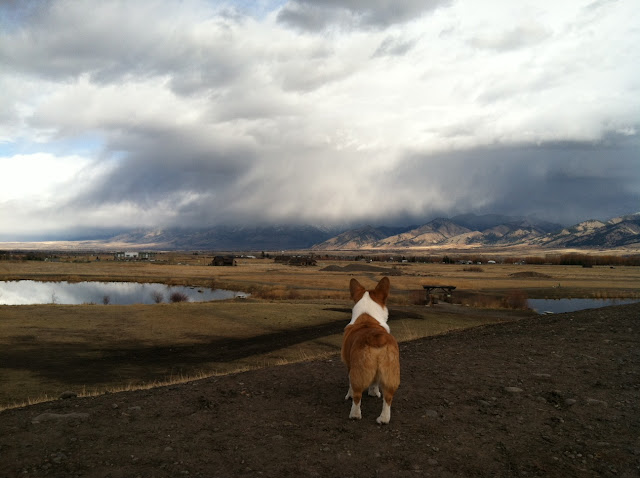 “While
we could hardly wait for them to arrive, Cliff had some friends to see in North
Dakota, so he and Roper spent the next two weeks traveling around South Dakota,
North Dakota and Montana, eating drive-thru food and whatever else Cliff was
dining on. Roper must have thought his dog food days were over. Cliff regaled
us with stories of Roper chasing field mice and rabbits so far on a ranch that
he needed binoculars to find him, though thankfully Roper always found his way
back.” 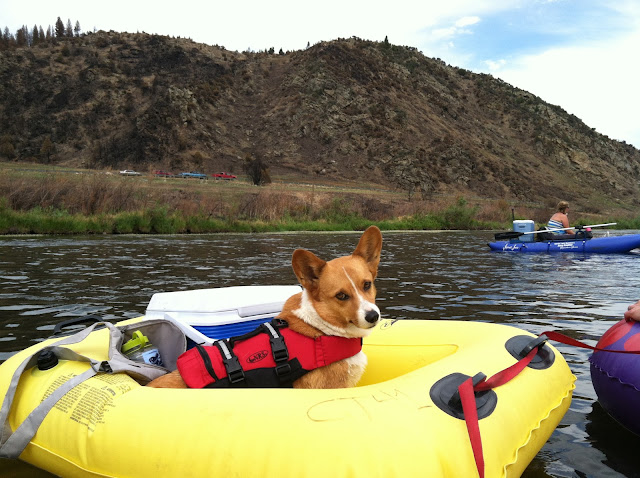 “When they finally showed up after our anxious wait, Roper came in, walked right up to me and marked my foot as if to say “You will be my new Mom,
thanks. Nice to meet ya!” Since then it’s been a hilarious ride, learning his goofy tendencies — including his distaste for feet. Roper doesn’t even like his own feet! Sometimes he’ll just sit and gnaw on a paw. He gets grumpy if our other dog Zamboni’s feet touch him when we’re all
laying in bed. Visitors who don’t know Corgis will sometimes
unknowingly try to give him a pet with their feet, only to be barked at
and maybe catch a soft nip. They soon learn he doesn’t care for feet — and won’t tolerate them!”
“Roper loves to chase and be chased by his Dad around the house, and because all the floors are tile and hardwood, the two of them slide out of control around every corner. He barks at most dogs until they take off for him to herd. Another funny thing about Roper is his love for kids. He delights small children with his gentle approaches for petting. We have seen Roper make several kids’ days.” 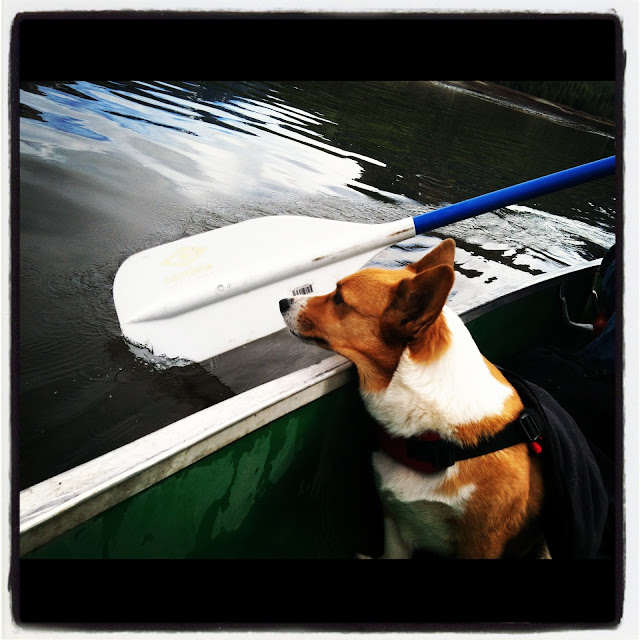 “He’s
a great trail dog with a lot of energy, although Winter recreation can be
limited if the snow is too deep for those short legs of his.” 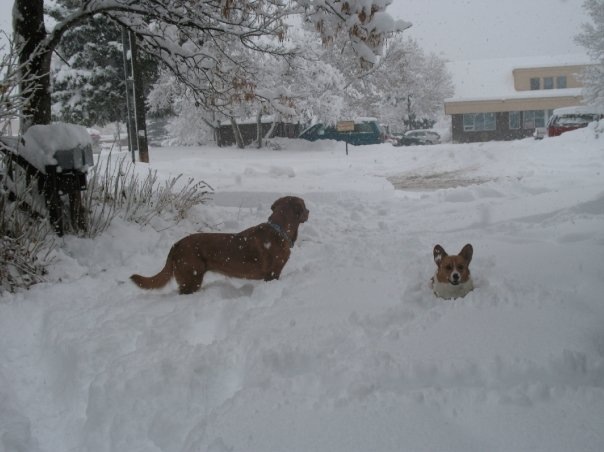 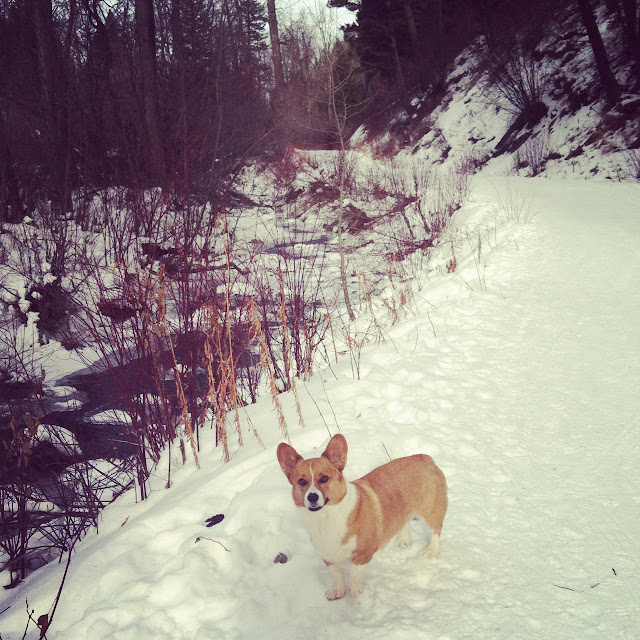 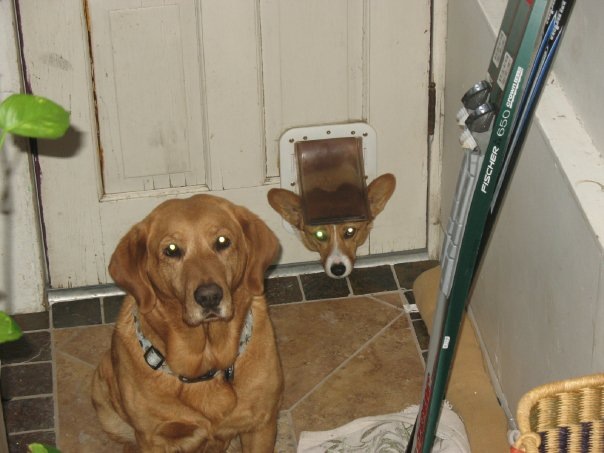 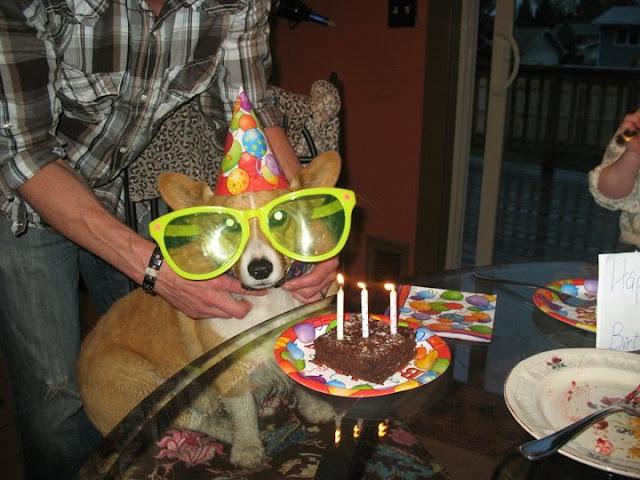 “We truly are so blessed to have Roper in our lives and love that little guy so much!”

Easy to see why, Bobbi Jo!

Ten year old Frankie stakes out his favorite spot on the couch. Flooftastic.   Jasper still looks a lot like a puppy, but he ... END_OF_DOCUMENT_TOKEN_TO_BE_REPLACED