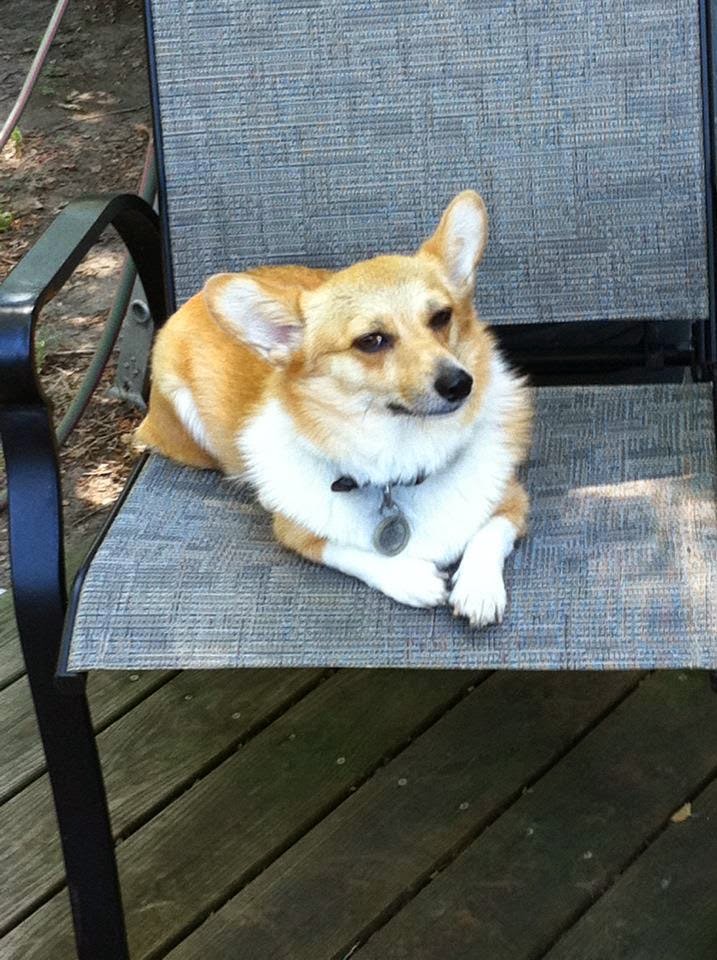 This is Pie, author of this article; a Corgi who knows a thing or two about rescuing humans, and has spent a little time in the pokey.

I understand that many of you who visit the Daily Corgi may be considering adoption. Adopting is a big step and I want to address some of the more common concerns many participants are hesitant to voice.

Please understand, each adoption is unique and I will be describing my own experience. If you do “take the plunge”, your experience is likely to be different in some ways and similar in others.

I rescued Gretchen (and, by extension, Greg), almost seven years ago. Like you, I wasn’t certain I was ready to take on the responsibility of one, let alone two, potentially damaged lives. However, I had put my trust in Jeanette, from Corgi Connection of Kansas, and she insisted that if I was going to take one, I had to take them both. 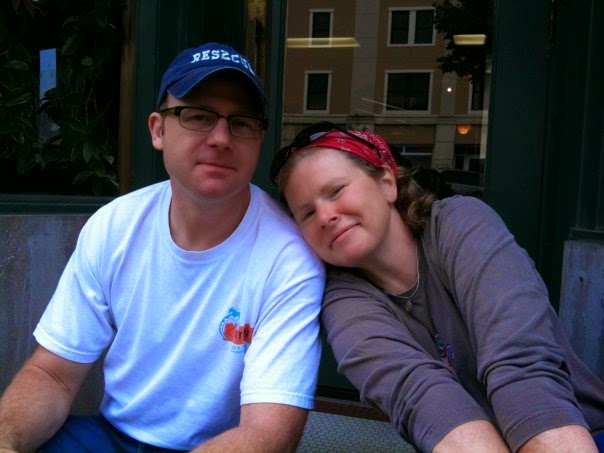 Honestly, I wasn’t sure that adoption was right for me. I couldn’t help but wonder WHY these two were up for rescue. I worried that they were available because of some deep seated behavioral issues. Perhaps they were damaged in some way; exhibited food aggression or were axe murders. However, my heart went out to them when I discovered that they were in the rescue system due to the sudden death of their previous Corgi, Sparky. Sparky, I learned, had taken care of them for over 16 years and, although it had been only four months since his departure, already this pair showed a shocking level of social regression. Clearly, they were in need of rescue and fast. Thankfully, they were in a no-kill facility so, although they were not happy, they were safe. 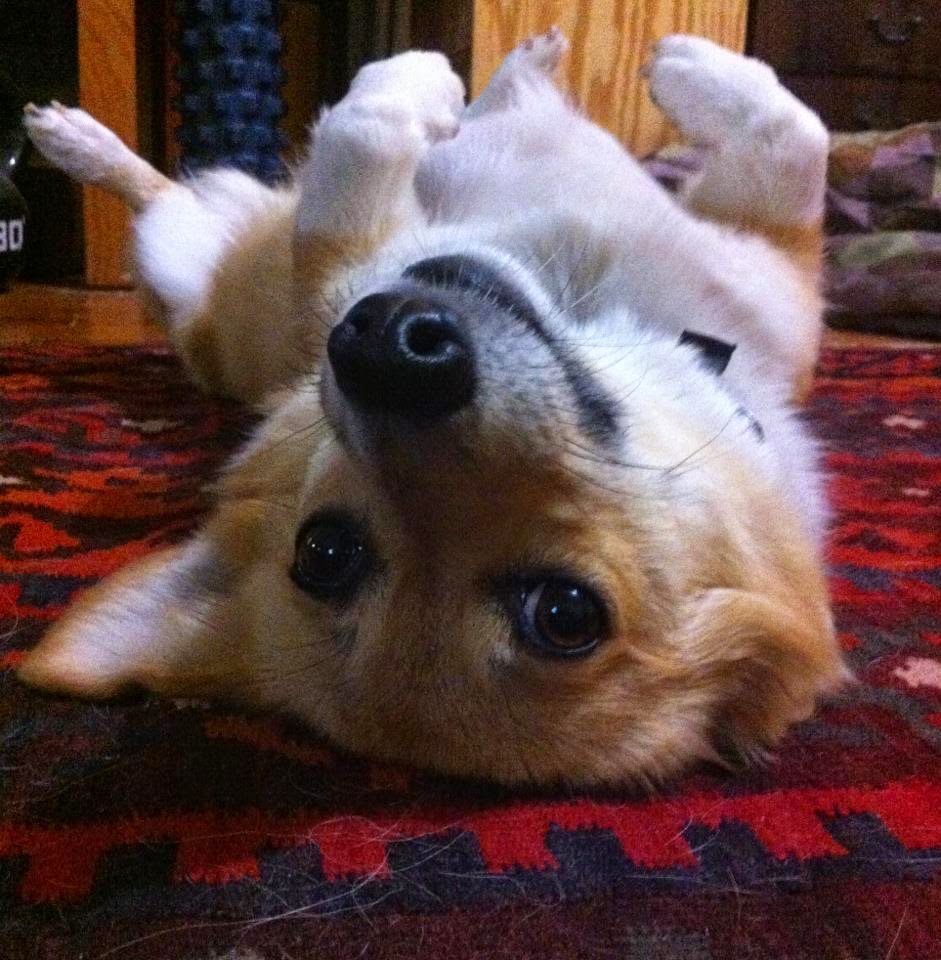 Lying down on the job? No, a simple optical illusion.

These humans appeared to need four dogs to watch over them. However, the remaining three dogs quickly realized that they needed assistance with long-term care. You see, all four dogs had signed on at the same time; two to care for Gretchen and two to care for Greg. Serious canine reinforcements were needed if this couple had any hope of “aging in place” (when humans are allowed to stay their current home and not be moved to a foster or kenneling facility). 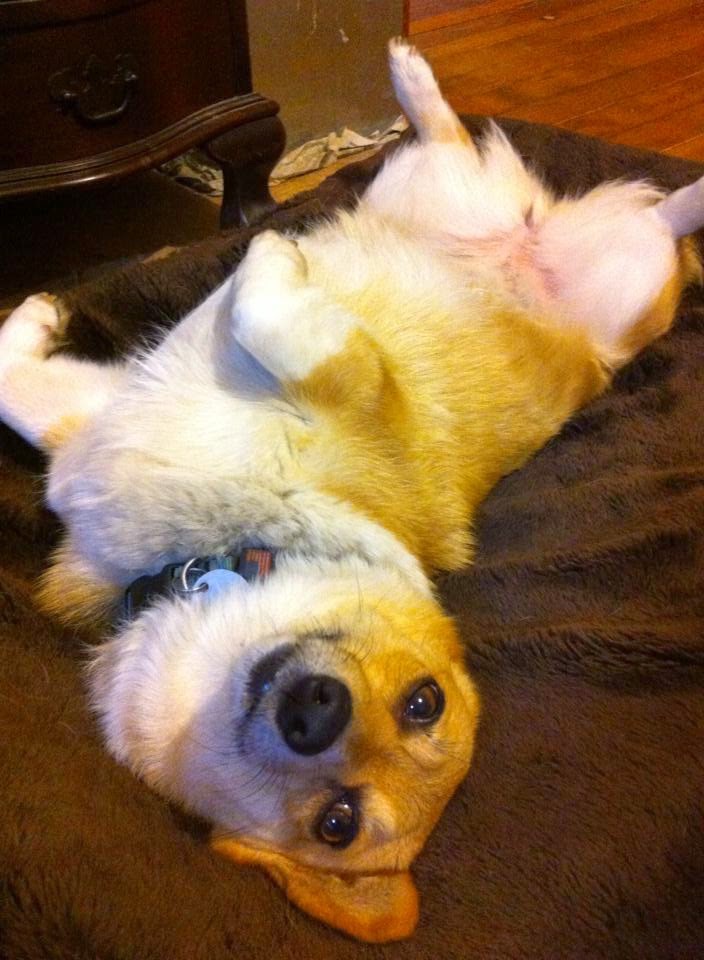 Still not lying down. Must be the camera angle!

Because of my lifestyle, I still wasn’t convinced that these two were the right match for me. You see, I was a runner. I had been running all my life and I was loath to give it up just because I had been caught and tossed in the pokey. Oh, right, I neglected to mention that I got into rescue as a condition of my release.

Yup, I got involved with Corgi rescue through court ordered community service. All things considered, it has worked out pretty well for everyone involved … but those are stories for another time. 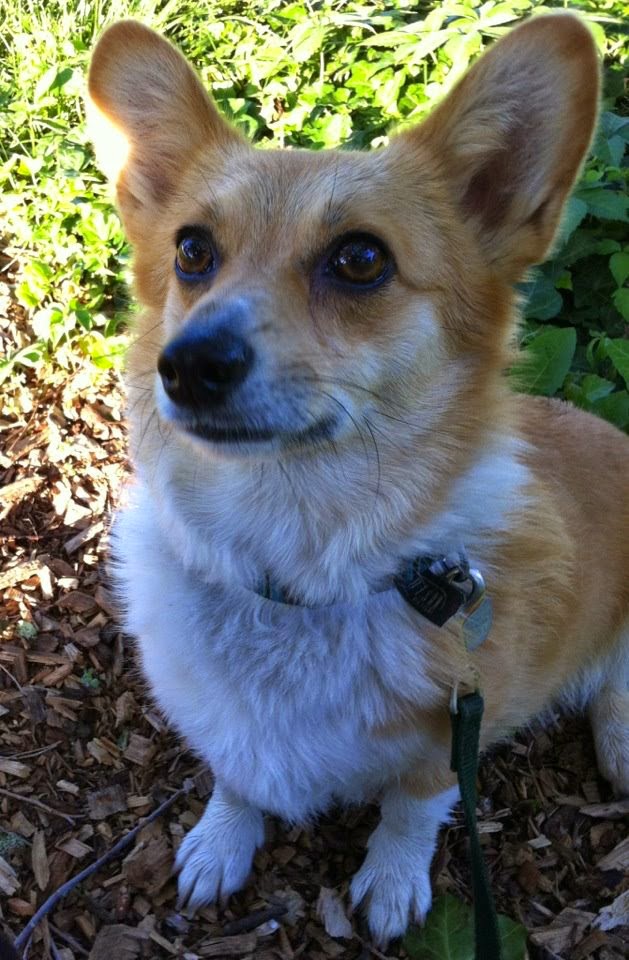 Stay tuned, friends. There will future slices of this Pie!
p.s. Thanks to Gretchen Anderson for dictation services. I wasn’t expecting fringe benefits like these when I took her and her fella in, but I don’t mind!
p.p.s. Remember: saving one human won’t change the world, but it will change the world for that one human.

Ten year old Frankie stakes out his favorite spot on the couch. Flooftastic.   Jasper still looks a lot like a puppy, but he ... END_OF_DOCUMENT_TOKEN_TO_BE_REPLACED