Five year-old Winston is Sheriff of Squirreltown in his neighborhood. So much so that Mom and Dad have to refer to the varmints as “S-Q’s” in conversations … otherwise Winston catches on right away. 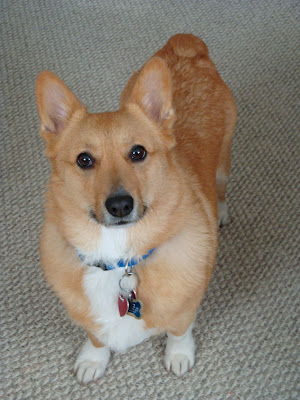 How long do you think it will take a bright Corgi like this to figure out what “S-Q’s” means? My money’s on sooner rather than later.
BOL. 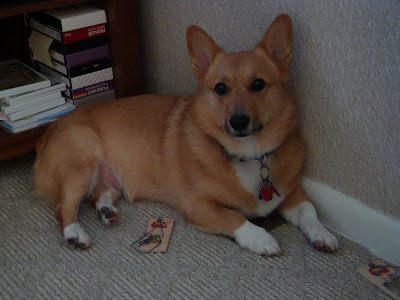 “Winston tries to avoid the mousetraps we have near the AC/heat vents as a training device (maybe he’s learned we don’t set them any more?) but some days it works better than others. He’s managed to squeeze into the corner, lay on the AC vent awhile and then get up without one snapping at him.” 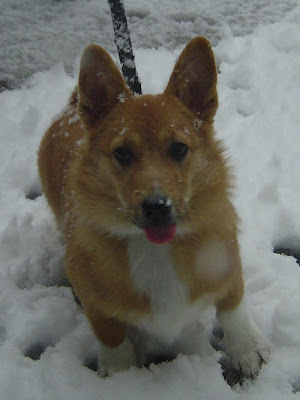 Here he is in pupper days, exploring a rare Southeast Virginia snow at 18 months. 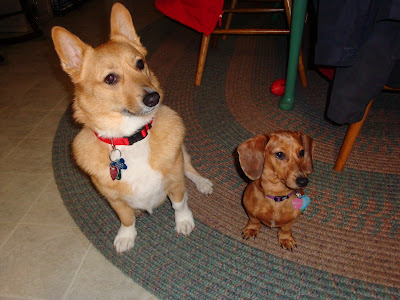 Winston’s got a red-dappled mini-Dachshund little sister, who’s coming along nicely under her big brother’s supervision. Here they are waiting patiently for Dad to dole out breakfast vittles.(Ed. note: look at all those wee legs in one photo … love it!) 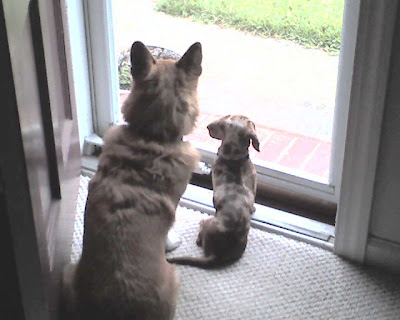 “Hey Mom, you’ve been gone for-EVER!”
Winston loves to sit in the front door and survey the neighborhood, but in this photo he (and Penny) are enthusiastically welcoming Mom Nora home. 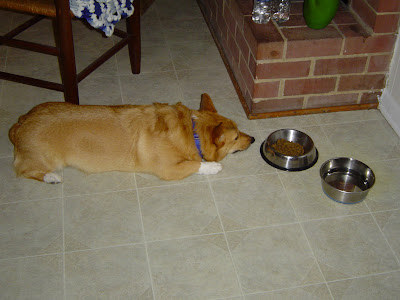 “Kibble. Again? Didn’t we just have that last night?”
Like any Corgi, he has a way of letting you know what’s on his mind without saying a word. 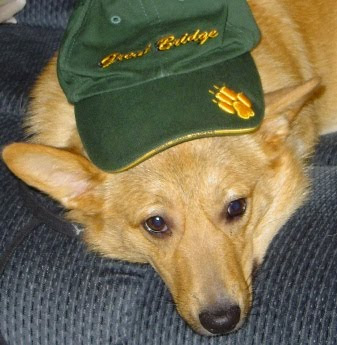 Sometimes it’s tiring to be the big brother, romping with a baby sister, giving rawhides the business, and taking his people for long walks.
But somebody’s gotta do it, right?
* * * * *
Welcome to The Daily Corgi, Winston (and Penny)!
Biskies and lovins all around.

Ten year old Frankie stakes out his favorite spot on the couch. Flooftastic.   Jasper still looks a lot like a puppy, but he ... END_OF_DOCUMENT_TOKEN_TO_BE_REPLACED