Cardis Spencer and Scout are the best of friends. 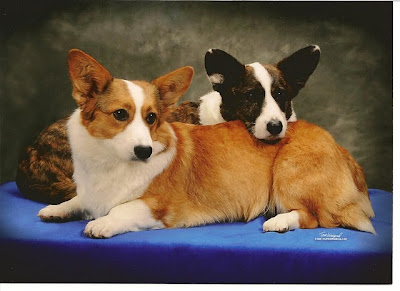 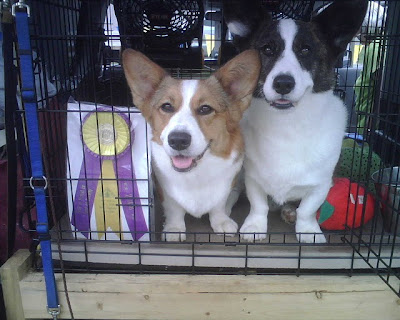 “It was immediately evident that Spencer fell in love with her as much as I did. He spent the first night with her curled up next to her crate. They travel together in the same crate and Spencer thinks that Scout is the best pillow ever.” 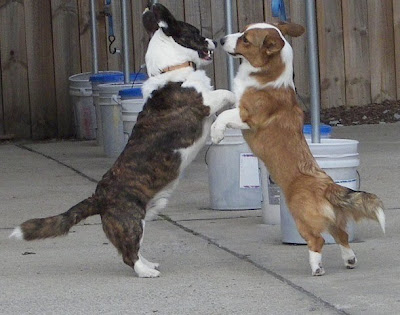 Re-enacting a scene from Crouching Tiger, Hidden Cardi?
They frap and waller together and have their own little games that they play.
(Ed. note: what’s wallering?) 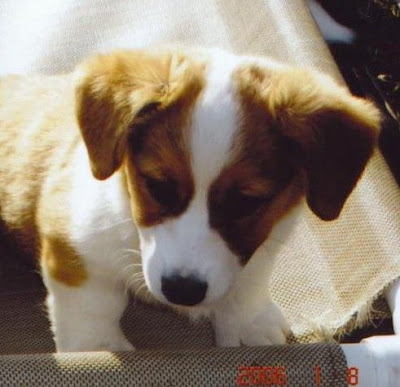 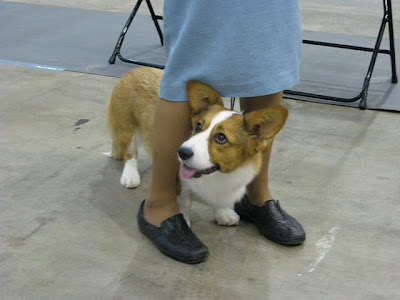 Scout is ‘CH Cardiridge Jean Louise Finch RN HT’. She is also a registered therapy dog. “Scout is my first conformation dog and she has spoiled me! She is the #1 ranked Cardi bitch in 2009 (#6 overall).” 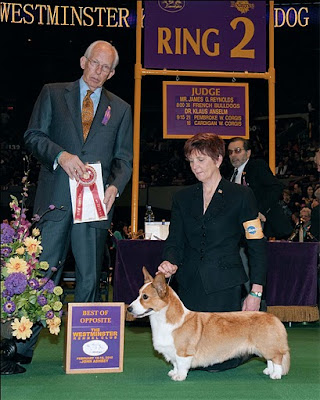 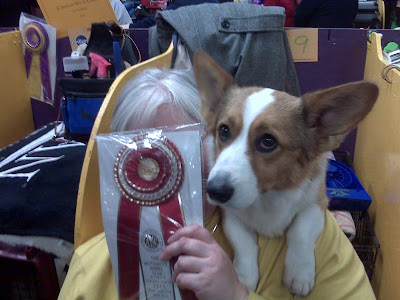 With Best of Opposite Sex ribbon, Westminster 2010. 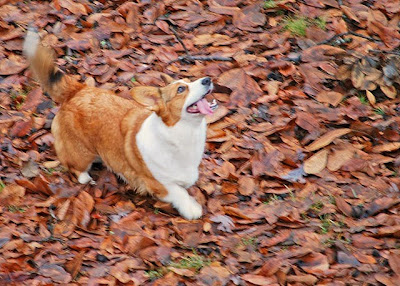 “Scout loves to play outside, chasing squirrels and her dog friends.” 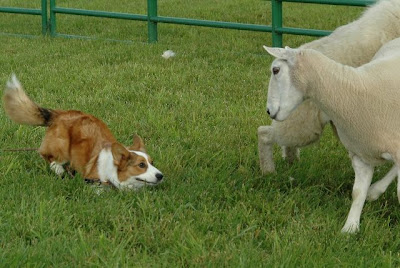 “She has shown amazing herding instinct, and works well on both sheep and ducks. We have started working on tracking, and she looks like she will do very well at it as well. Scout’s best trait is that she is a cuddler-extraordinaire!”

“She runs hard and plays hard all day, but at the end of the day, Scout loves to snuggle with her people on the sofa and spoon up in the bed.” 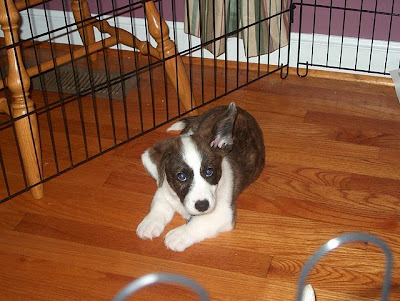 Little Spencer with one ear up. 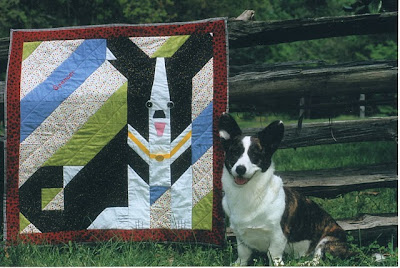 “Spencer is ‘Caduceus Spencer Batrille CD HT RAE2 OAP NJP.’ He is also a registered therapy dog. He works as a reading dog in after school programs and visits patients and staff at a local hospital. Spencer has a special gift of relating with non-verbal patients, such as stroke victims.” In this photo, Spencer is posing next to the quilt he takes with him on therapy visits.

“Spencer is quite a character — he is extraordinarily friendly and outgoing and scary-smart. Many descriptions of Cardis say that they are ‘reserved around strangers’. We’re still waiting for Spencer to meet a stranger, I guess! If he had thumbs, he would rule the world.” 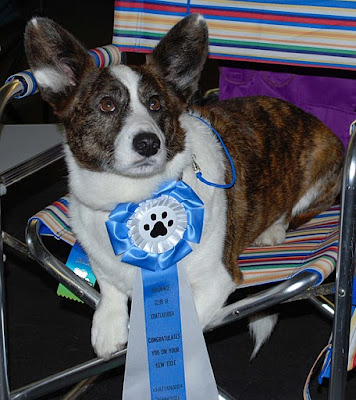 If you don’t love me, it’s only because you haven’t met me yet!

“We don’t do much in the way of formalized training anymore, but we still wander into the rally ring for fun and he is working on his RAE3 title now. “ 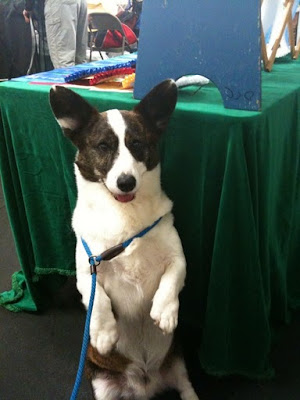 “Spencer is my best buddy.”
* * * * *
This terrific two-some features prominently on their Mom’s blog:
http://liveswithcorgi.blogspot.com/
Scout and Spencer frapping!

Welcome to The Daily Corgi, guys!

We’ll be seeing you again in April, in a feature post about Corgis and herding.

Ten year old Frankie stakes out his favorite spot on the couch. Flooftastic.   Jasper still looks a lot like a puppy, but he ... END_OF_DOCUMENT_TOKEN_TO_BE_REPLACED