This is the story of litter sisters Sophie and Lilly, and their parents Mattie and Teddy.
Sophie and Lilly live in the coastal area of central California with their people Pamelia and Walt B., who’ve had both Pembrokes and Cardigans in their lives on and off for forty years … safe to say they are true-blue Corgi people!
First up, meet birth Mom Mattie. 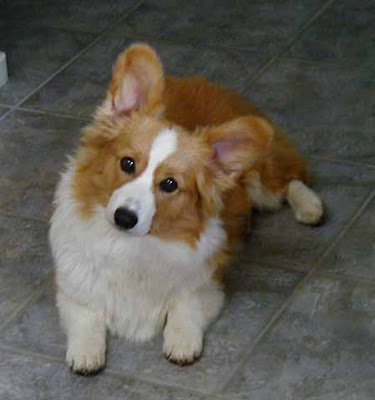 Pamelia describes Mattie as a “wild, crazy girl and a devoted Mom and companion … a real beacon of life.”
“Mattie’s Mom had to be delivered by a “C” Section so we decided against taking the chance of her going into labor and not being able to deliver — even though she was a HUGE Corgi.” 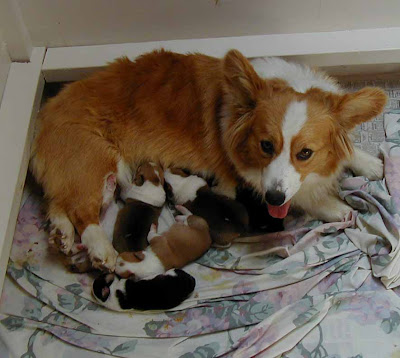 Unfortunately, Mattie passed at a young age: “She was wonderful, but on this earth way too short of a time.”

Mattie’s little legacy.
In this photo of the litter at 26 days, Lilly is on the left and Blaze on the right; they were the only Tri’s in the litter, and the smallest. Lilly’s birth weight was 5.5 oz and Sophie was the runt of the litter at .5 ounches. The boys were all between 11 and 13 ounces. 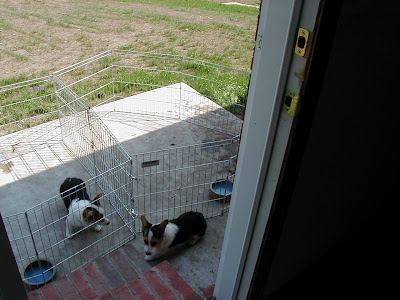 Sophie and Lilly at nine weeks: “Sophie the smart one is escaping, while, Lilly the pretty one is watching.” 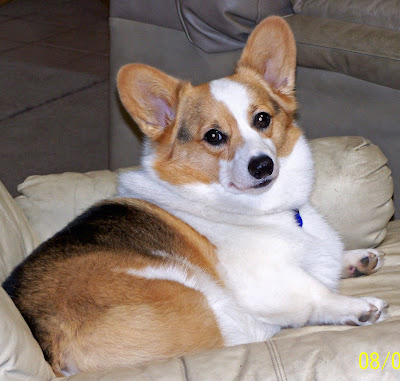 Lilly or “Lillybug” is Walt’s true love; “I’m afraid I come in second to her” laughs Pamelia. “Lilly looks a lot like Mattie, but personality-wise she takes after her Dad Teddy.” 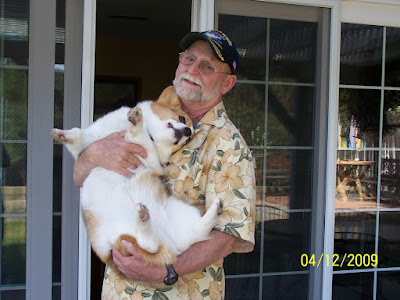 “Believe it or not, she’s fully relaxed here in my hubby’s arms. This is comfy for her — actually one of her favorite positions! Lilly is so used to being handled, you could probably hang her upside down and she wouldn’t care. Of course, most Corgis have odd comfy positions.”

(Yep, we’ve seen a few of those here on The Daily Corgi). 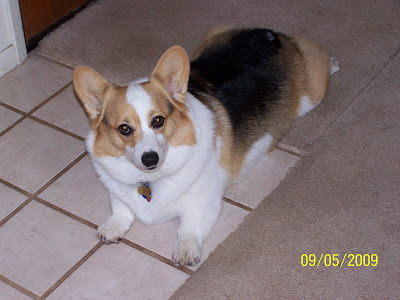 Lilly is both obedience and agility trained. Looks as though she’s got the Corgi mind meld down pretty well, too. 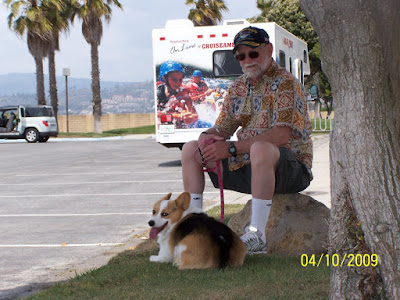 “She’s a riot, loves a challenge and greets each new day with a zest for life and what it brings.” 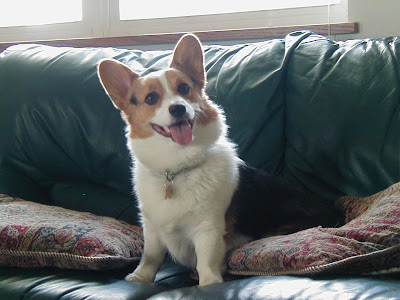 Soph at seven months. Already the ‘tude is apparent!
Sister Sophie “acts like her Mom in many ways and looks like her Dad Teddy. Although she was the runt of the litter, she was the first to do everything. Out of the whelping box, small with a huge personality.” 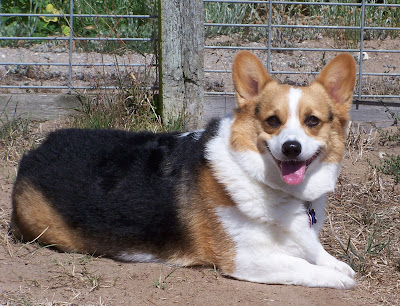 Today Sophie’s a big girl, 14-1/2″ at the shoulder and at 35 pounds, not fat. “She’s my running partner” says Pamelia. “Soph has been an ace in both obedience and agility work. She has no interest in herding though! She loves to learn new tricks and to be kept mentally stimulated.” 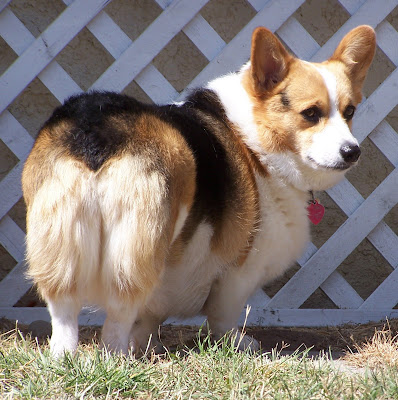 Furry pantaloons!
“She has two gears — full speed ahead when needed, otherwise wise and mellow.” 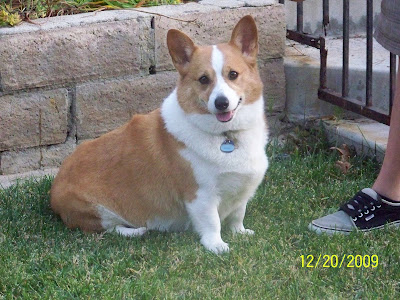 Proud Papa Teddy (a.k.a. “Teddy Spaghetti without Worms) is very pleased to be making an appearance on The Daily Corgi. “He’s the best Corgi ever” writes Pamelia. “He’s always had wonderful manners and came housebroken at ten weeks. Teddy loves to be loved on. He lives with our kids and tolerates the antics of two wild teacup Yorkies. Teddy’s the only well-behaved one of the bunch, but that’s always been who he is! He understands “human” and you can talk to him in sentences. He’s a neat guy and gentle as they come, consistently on his best behavior. “

Seven year-old Teddy has a good pedigree, but more English lines then American. Because of his mooching ways, right now Teddy’s on a much needed diet. “He’ll watch you eat and actually drool!” 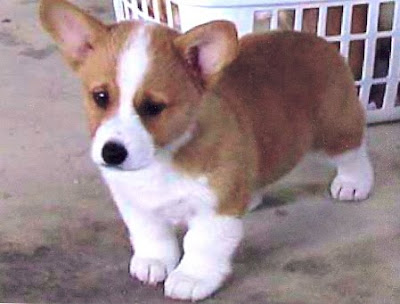 Teddy at 8 eight weeks. My oh my, what big paws you have! 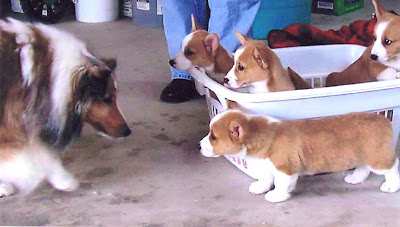 A little Teddy greeting the family’s Sheltie, Dusty Rose; his three sisters are in the laundry basket. This is almost too much dog-wonderfulness at once … almost!
As anybody knows, there is NO such thing.
* * * * *
Welcome to The Daily Corgi, guys!
Keep on keepin’ it Corgi. Cali-style.

Ten year old Frankie stakes out his favorite spot on the couch. Flooftastic.   Jasper still looks a lot like a puppy, but he ... END_OF_DOCUMENT_TOKEN_TO_BE_REPLACED