He’s the first Corgi for Erin and Sam A., who live in the country just outside of Austin, Texas. 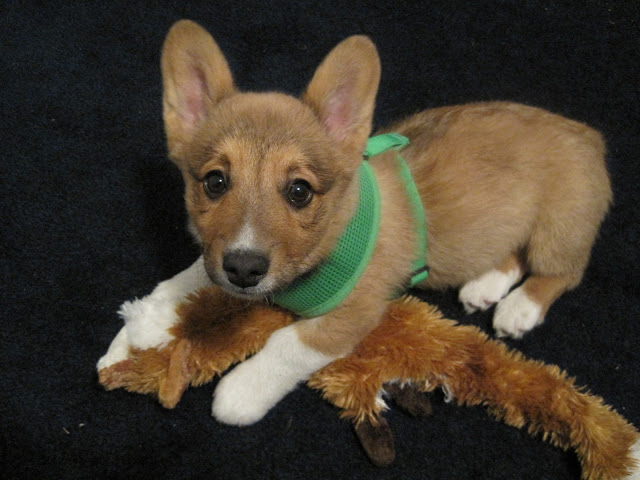 Erin says her husband promised her a puppy once they had enough space, and a recent move brought them bigger digs and a little Corgi! 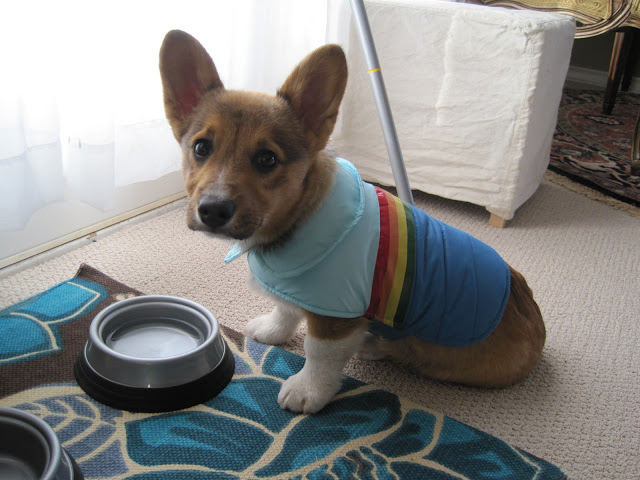 “Oliver is SWEETEST little guy ever!” enthuses Erin.  “‘At three months old he’s smart as a whip and super playful.  He couldn’t be more perfect.” “I knew I’d found the right breed when I brought Oliver home and he practically house-trained himself!” 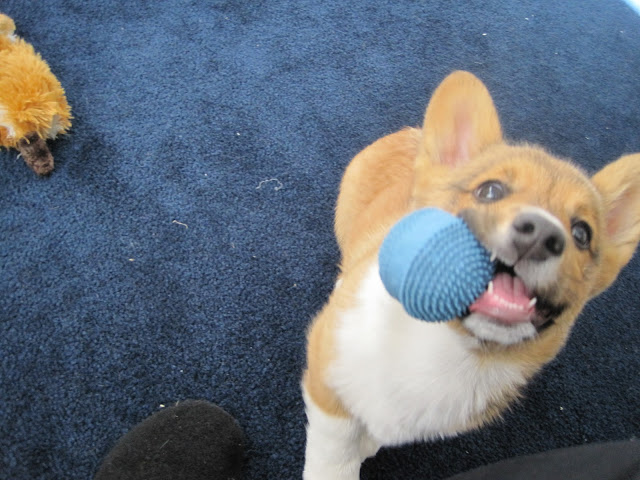 “He’s perfect in his crate at night and he’s ALWAYS up for a game of catch. He’ll bring us his ball or a toy to throw for hours and hours, and if we don’t respond right away, he lets us know! If we’re busy doing house chores, he’ll retreat to his crate until we’re done and ready to play again.” “One thing Oliver hates is brooms! It doesn’t matter if it’s being used or not, he’ll bark at any broom, anytime.” “He’s practicing his herding early by making sure the kitties know their place. He’s friendly and doesn’t bite them, though — just herds them into their house when it’s time for bed.” “Oliver is a little superstar who loves meeting new people and wagging his little nub-tail!” “He enjoys prancing around outside, digging, and picking up things to chew on.  Our pup is a great explorer and likes to bring us whatever he finds (sticks, leaves, bugs, you name it).” 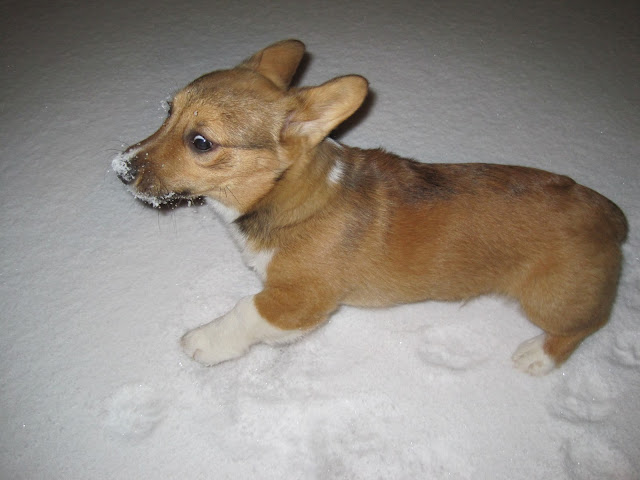 “We just had our first (and only!) snow day in years, and Oliver wanted to eat ALL of the snow!” “I couldn’t imagine my life without him now. I love coming home and seeing his sweet, smiling face and spending all of my free time playing and cuddling with him.” “He’s made our lives so much better.  We love Oliver and know he’ll be our best friend for years and years.” Welcome to The Daily Corgi, Oliver!

You’re about as cute as it gets!

Ten year old Frankie stakes out his favorite spot on the couch. Flooftastic.   Jasper still looks a lot like a puppy, but he ... END_OF_DOCUMENT_TOKEN_TO_BE_REPLACED