After having lived with sweet, gentle Shelties for years, Nancy E. found Druid’s obsessive, dominant personality something of a culture shock. 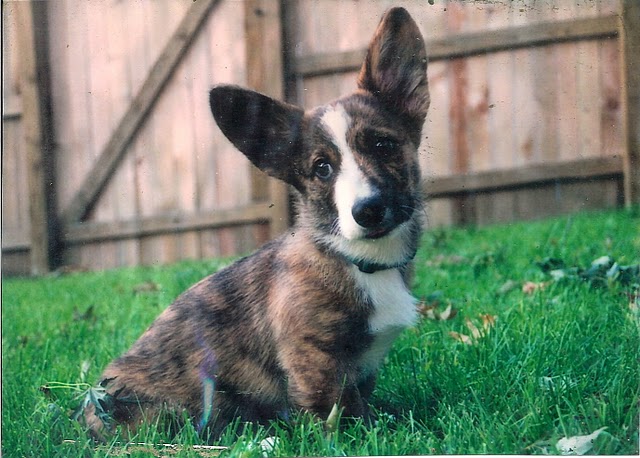 “Druid is my first (and only) Cardigan, and at nine weeks old he descended like a tornado upon my houseful of Shelties and a Belgian Sheepdog. They didn’t know what to make of him and didn’t really want to know! I wish I could say he was a sweet, snuggly puppy, but that would be the furthest from the truth. From the start, he was an energetic, independent, dominant boy with an agenda all his own, so intense he made Border Collies look dull.” 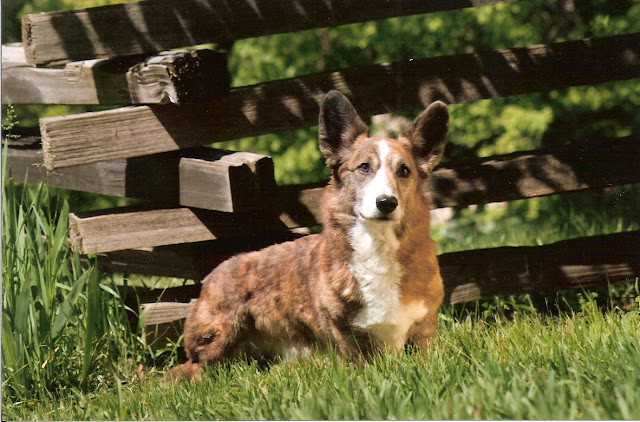 “I do it MY way!”
“While Dru was still a youngster, I showed him in the conformation show ring, but when he decided he didn’t like the other male Cardigans in competition, I turned him toward AKC performance events, where he earned an obedience title, a tracking title, and two sheep herding titles. He loved his sheep and was a tracking machine, but obedience wasn’t exactly his “thing”.” 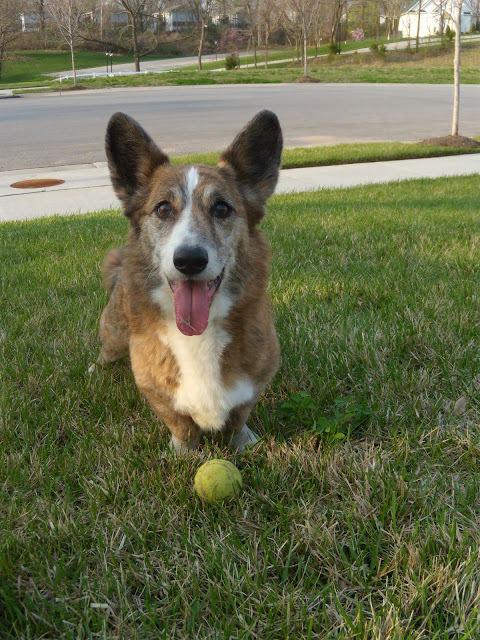 “As much as he loves herding and tracking, nothing compares to his major obsession: TENNIS BALLS. Druid would chase tennis balls to the ends of the earth. They are what (he thinks) he was put on the planet for. I swear, when he leaves this life he’ll have a tennis ball clenched in his mouth. He’ll sit for hours hovering over a tennis ball in hopes I’ll notice and throw it for him.” 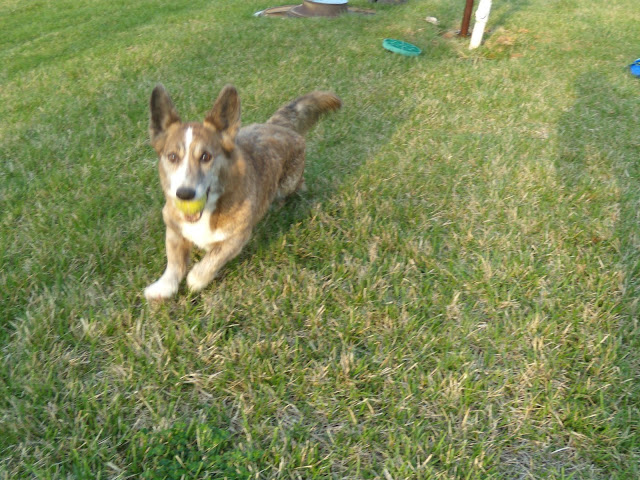 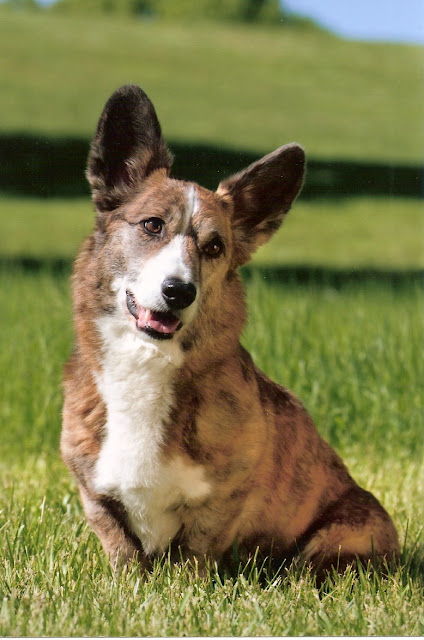 “Did I mention Dru is a barker? Most of our battles are over his barking. He barks at stuff he hears, at feeding time, when playing, when I talk to him, when I don’t talk to him, when I pay attention to the other dogs, when he wants to play, when I’m too slow in throwing the tennis ball … you get the picture.”
“Although he’s a dominant, challenging dog, Druid is also funny, playful, frighteningly intelligent, and surprisingly a GREAT babysitter with puppies and dogs he can tell are scared or insecure, like rescue dogs. He has the patience of a saint with the pups, and totally ignores the insecure dogs as if he knows he’d intimidate them if he tried to interact with them. This gentleness is very much at odds with his day-to-day personality!” 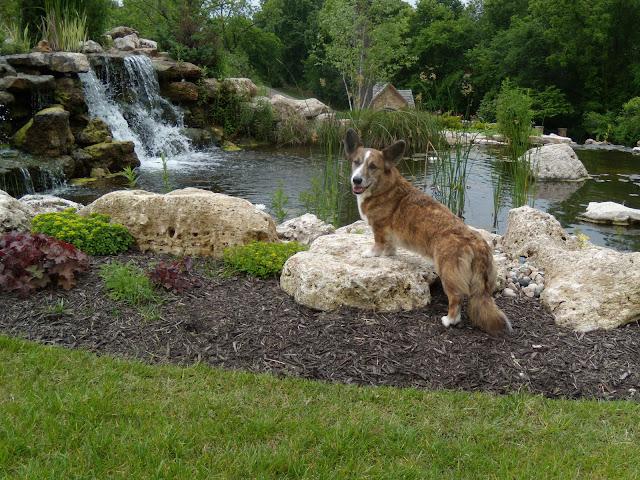 “It’s plain who’s King here.”
“While mostly retired from the activities of his youth, at ten years old he still provides my three Shelties with all the grief he can muster.  They’d call him something of the 4-letter variety.  I still don’t think I’ve figured out this pushy dog, and at this point I probably never will. He thinks he’s the king of the world, and it’s downright difficult to persuade him he isn’t!”
“Druid is a piece of work, that’s for sure :).”
*  *  *  *  *
Welcome to The Daily Corgi, Druid!
You’re one Mighty Dog!

Ten year old Frankie stakes out his favorite spot on the couch. Flooftastic.   Jasper still looks a lot like a puppy, but he ... END_OF_DOCUMENT_TOKEN_TO_BE_REPLACED