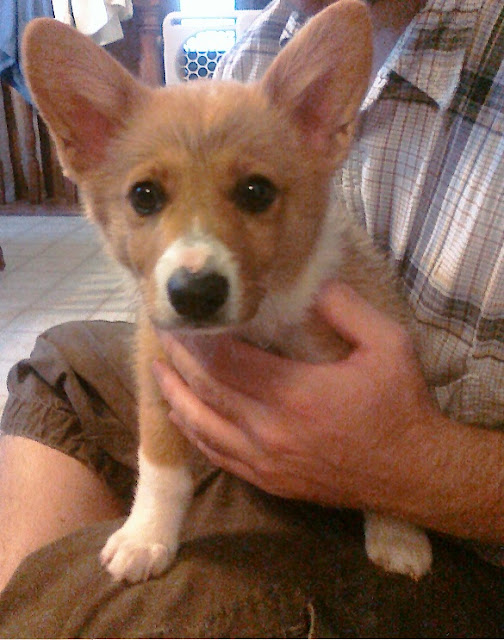 She just turned one last month, and although she’s “a bit spoiled”, Buttercup is the happiest fuzzball her folks Aaron and Holly have ever met. 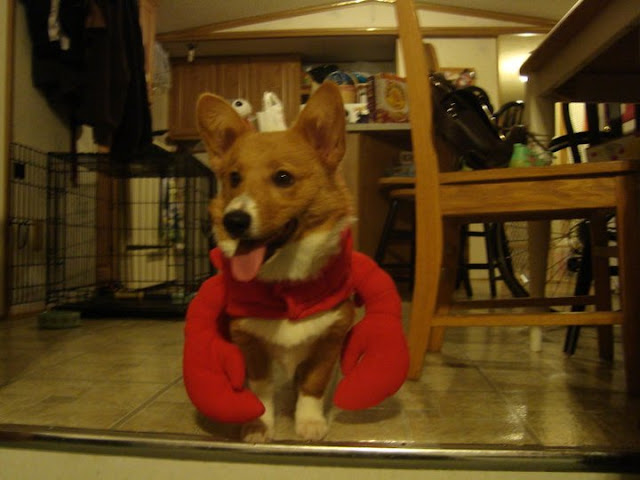 “She has more personality than any dog twice her size and is always glad to show it.” 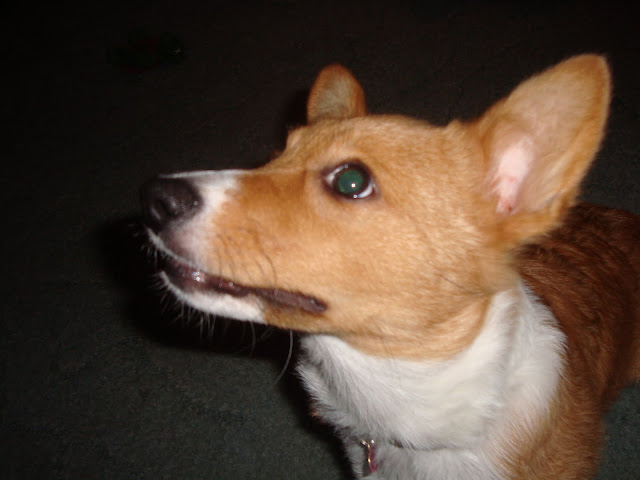 “Our girl lives up to the Princess part of her name.” 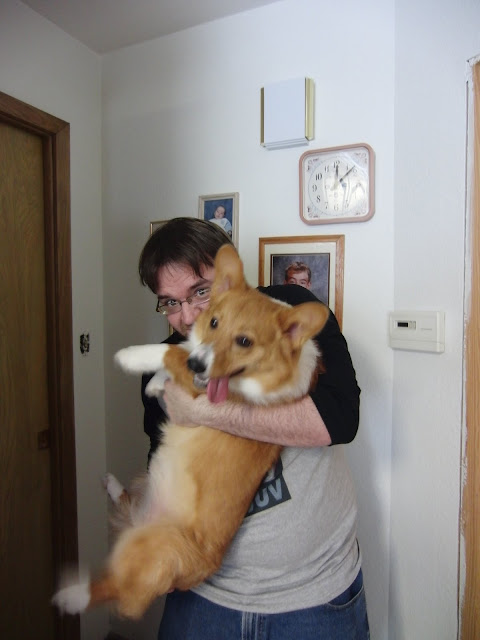 “Buttercup is a rambunctious little bundle of energy! She loves everyone she meets and is the happiest dog we’ve ever had the pleasure of knowing.” 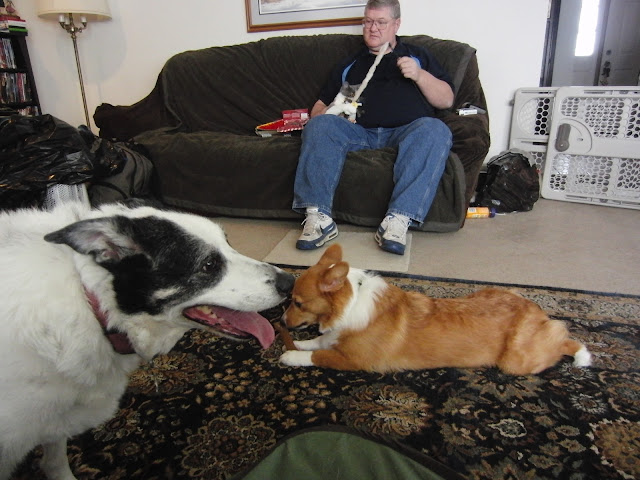 “Butters always loves to play, frapping around at every opportunity.  Her outgoing personality has done wonders for helping our other dog, a skittish old Sheltie named Wesley.  She’s helped him to be more accepting of people and to romp and play like he’s a young pup.” 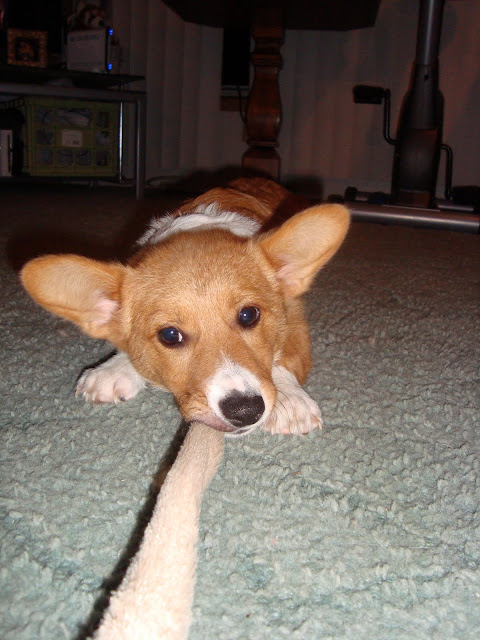 “When we adopted Butters, she was from the first litter of Snooze, an adorable Pem from the happiest farm of animals either of us has ever seen. Snooze seemed so proud of her litter, which made it hard to take Butters, since she was the first pup to go.” 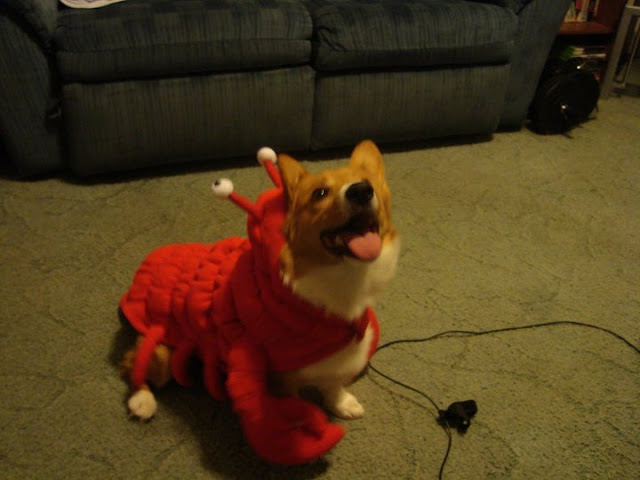 “While she doesn’t have any particular love of dressing up, Buttercup sees the benefit of carrying something around to chew on later, so she’s rather tolerant of the costumes we’ve inflicted on her.” 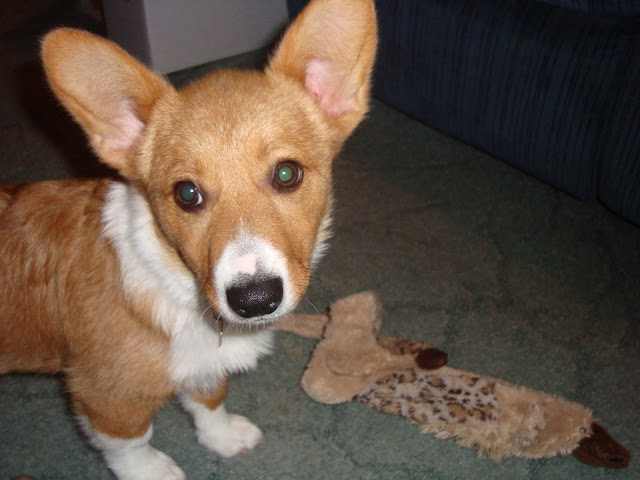 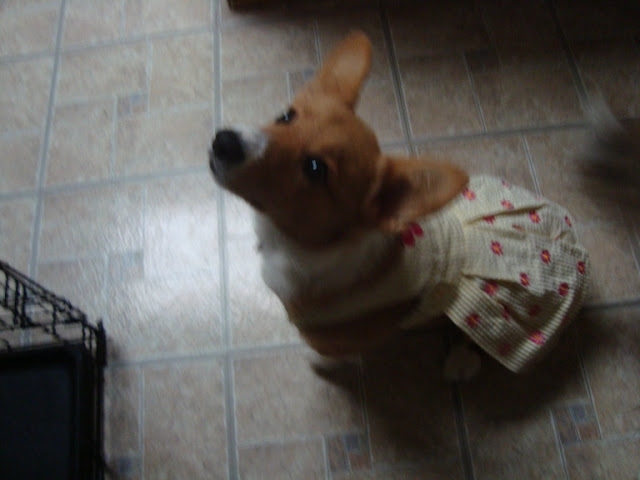 “She’s slated to play the role of Flower Girl at our July wedding.” 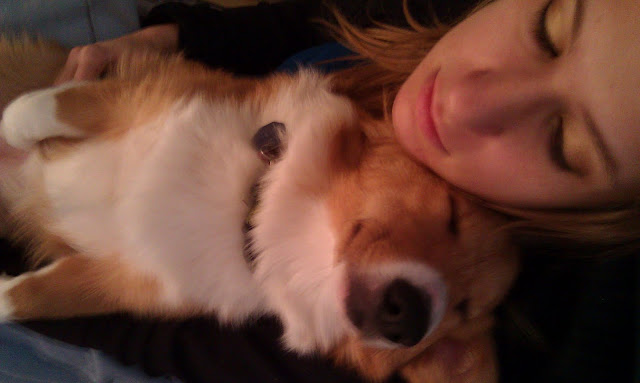 “As hard as she plays,  Butters still makes time to rest and curl up with her Mommy.” 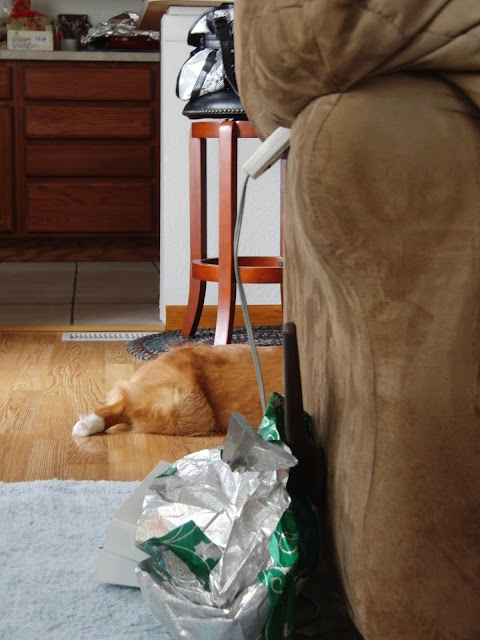 “She’s is an absolute delight and a wonderful addition to our family.”
*  *  *  *  *
All hail Buttercup, Princess of her domain!
Welcome to The Daily Corgi!

Ten year old Frankie stakes out his favorite spot on the couch. Flooftastic.   Jasper still looks a lot like a puppy, but he ... END_OF_DOCUMENT_TOKEN_TO_BE_REPLACED