In the Spring of 2009, Sarah C. was looking for a small dog with a big attitude.  Hmmm, wonder what kind of dog fits that description? 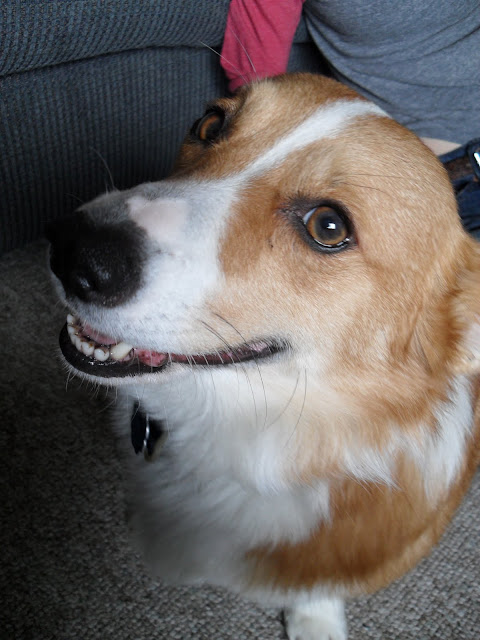 “We lived in an apartment complex that allowed dogs under forty pounds.  I found three year-old Tater Tot online at a nearby shelter.” 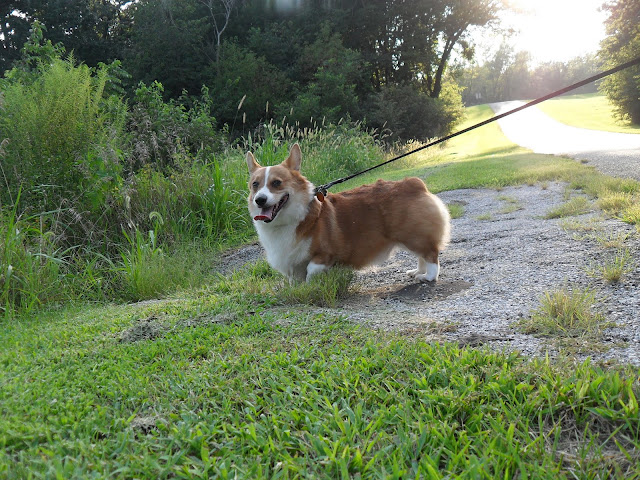 “He’d been an unclaimed, unneutered stray found wandering the streets in the snow, so I didn’t know what to expect when I brought him home.” 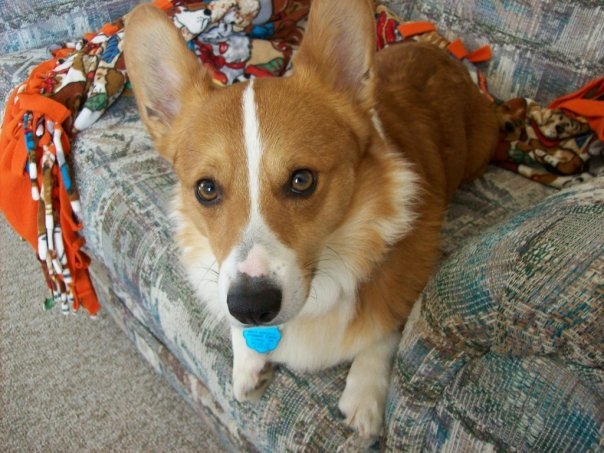 “I was very nervous that he’d bark too much or not be housebroken, but he was great.” 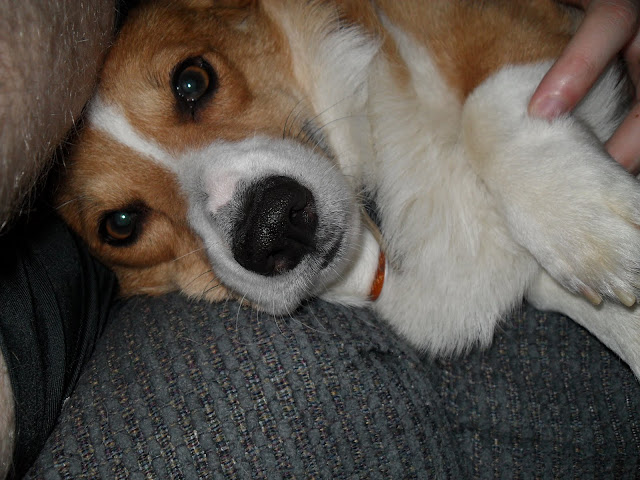 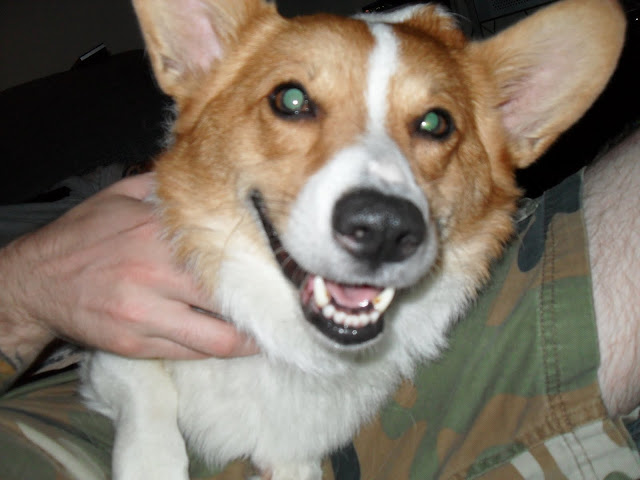 “His best frenemy became a yellow Lab who was terrified of him.” 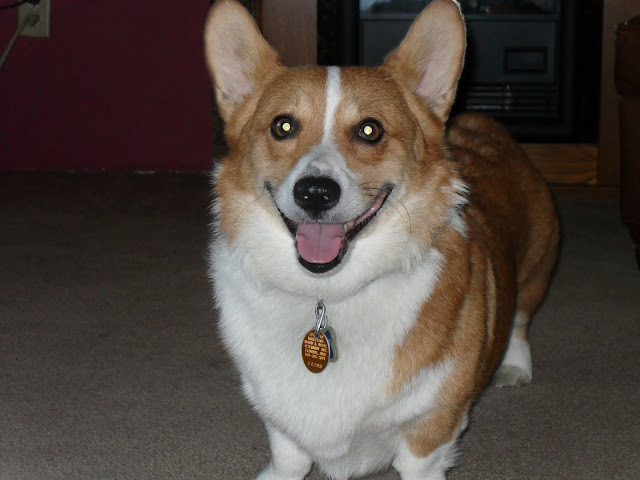 “We had one long hallway where Tater Tot would suddenly sprint laps when he was bored.”

“About a year later, we bought a house with a large yard for Tater.  I knew right away that I wanted another dog, and found another Corgi at the same Humane Society Tater came from.  I filled out an application and drove Tater down to meet him.” 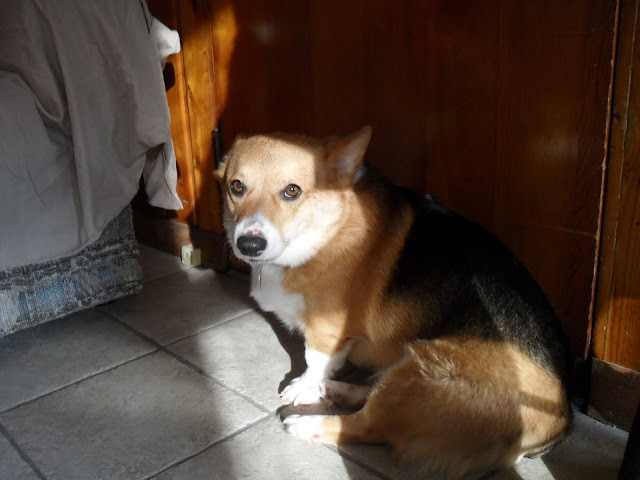 “The dog’s name was Herky. He was surrendered by his owners because they said he was overwhelmed by their family gatherings. I got to bring him home that day.  During the 45 minute drive, I tried to think of a new name that was similar to Herky, and finally decided on Henry.” 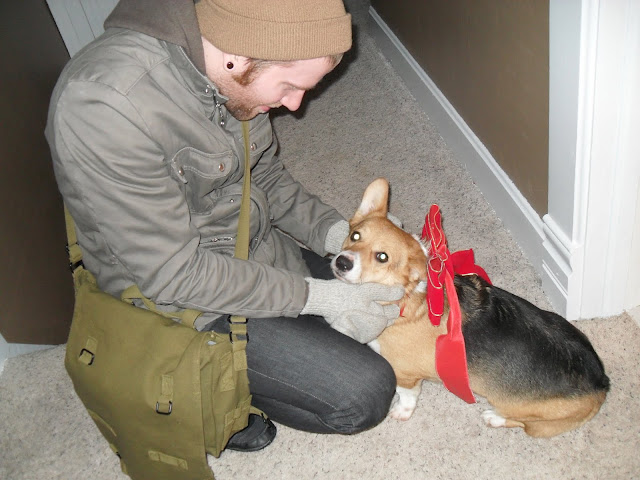 “I put a red bow on his neck and hid him in the bathroom until my boyfriend came home.” 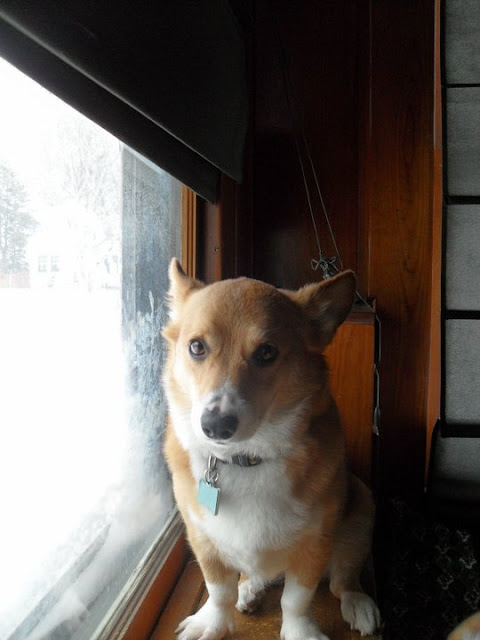 “Henry needed leash training and was starved for attention.  At first, he didn’t really know what to do when Tater tried to play with him.” 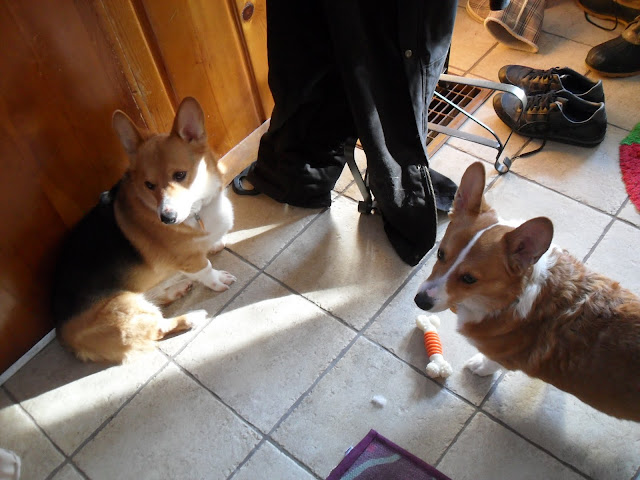 “Henry and Tater Tot were a little unsure of each other at first.  Now they’re regular play partners, and get especially rowdy after their morning meal.” 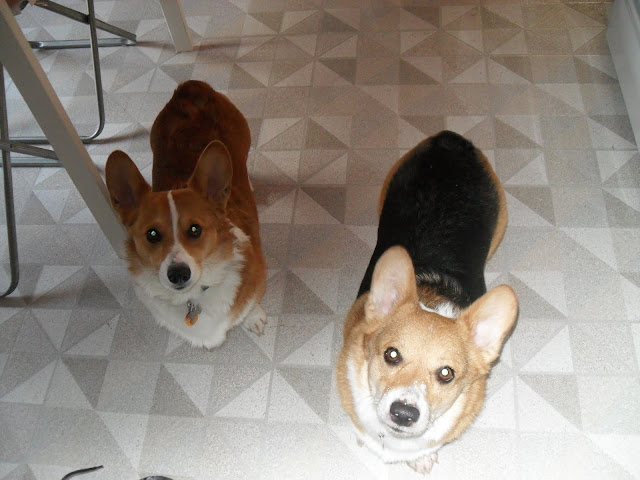 “Henry is very protective and possessive of us.  He’ll sit in our laps and bark if someone gets too close.  He’s a very fast runner and even caught a bunny one day.” 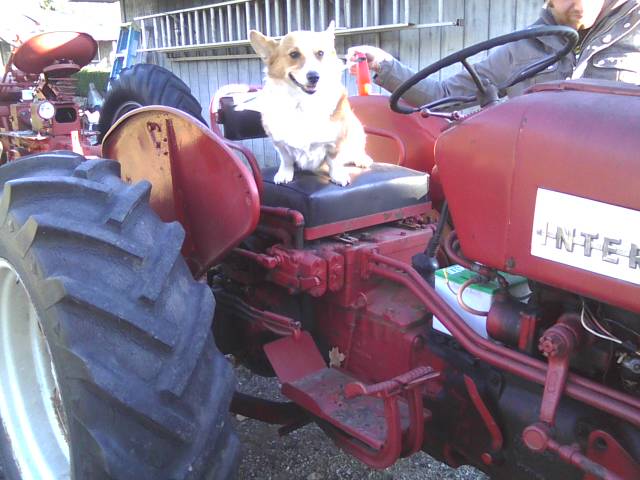 “We have to be careful on walks because he suffers from tracheal collapse and will go into a wheezing fit if he gets too excited.” 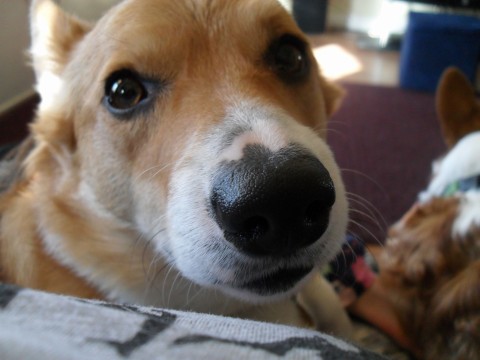 “His most favorite thing in the world is cuddling.” 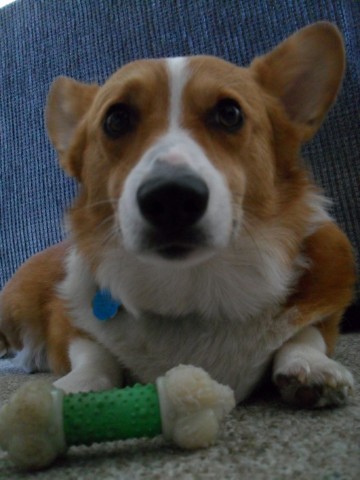 “Tater Tot is more laid back, but he’s very protective of his chew toys and gets very paranoid if Henry comes near them.  Every so often, he still randomly takes off and sprints a few laps around the house.” 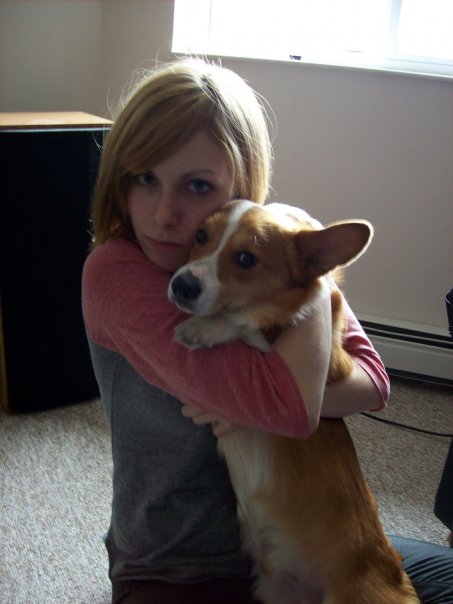 “Henry loves cheese and always does a little dance when I take the bag out of the refrigerator.  He enjoys looking out the window and protecting his house.” 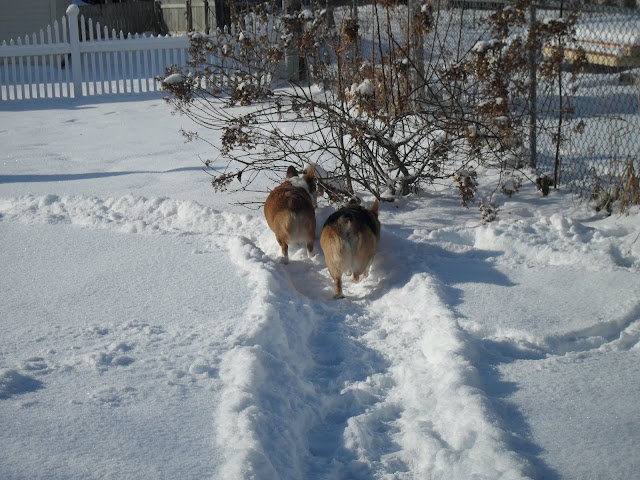 “Henry and Tot try to bite each other’s tails. Sometimes the frapping turns into a fight, but they forgive and forget.” 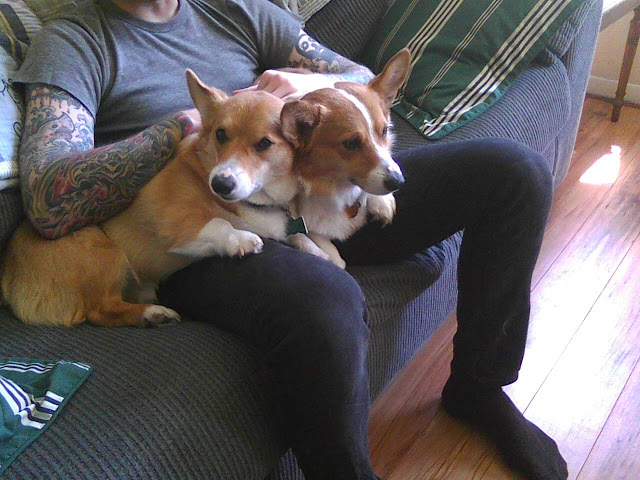 You guys are too cool for school!

Ten year old Frankie stakes out his favorite spot on the couch. Flooftastic.   Jasper still looks a lot like a puppy, but he ... END_OF_DOCUMENT_TOKEN_TO_BE_REPLACED