Billy Corgin is a true rock and roller, an attention-grabbing charmer with a mind of his own and the life (or instigator) of every party he’s ever attended. 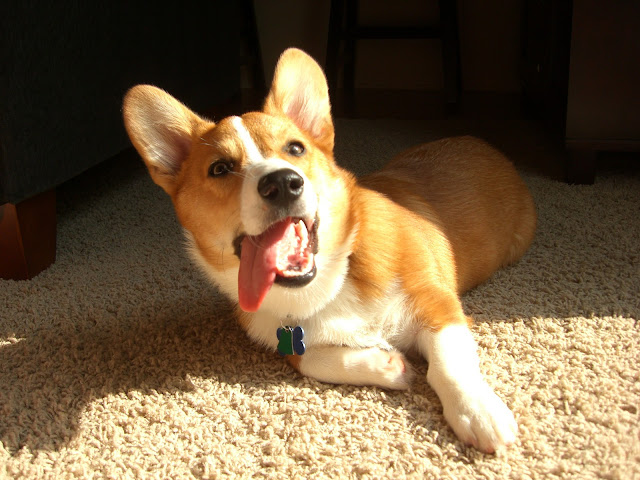 I AM the party, people!
This fuzzbutt — appropriately named for another rock and roller (yes, that Billy Corgan of Smashing Pumpkins) — is the first dog ever for his Mom Kim V., who says he’s worth every minute of the 15 hour trip she and her hubby made last Summer to get him. 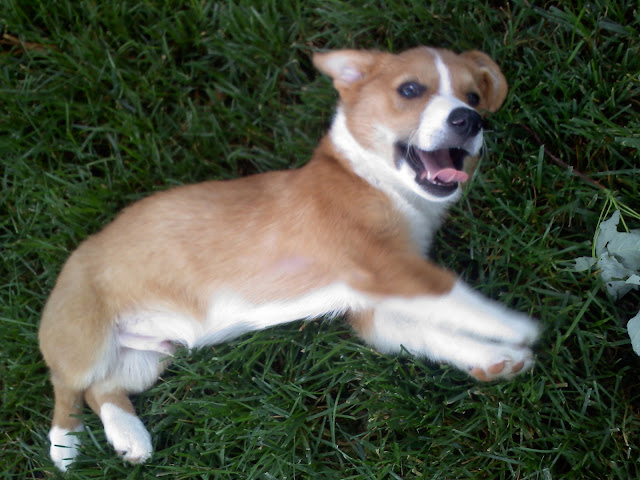 “Billy was the last of his litter to find a home.  We were told it was because one of his ears wasn’t “coming up” like his brothers and sisters. We thought it just made him cuter!”
“Billy is always up for a game of fetch and will often nudge us in the leg with his green ball until we agree to his terms.  He has a very spacious kennel (designed for big dogs) that he sleeps in, and hangs out in while we’re at work. Recently we’ve let him on the bed if one of us takes a nap, but he’s usually too pounce-y to tolerate it.” 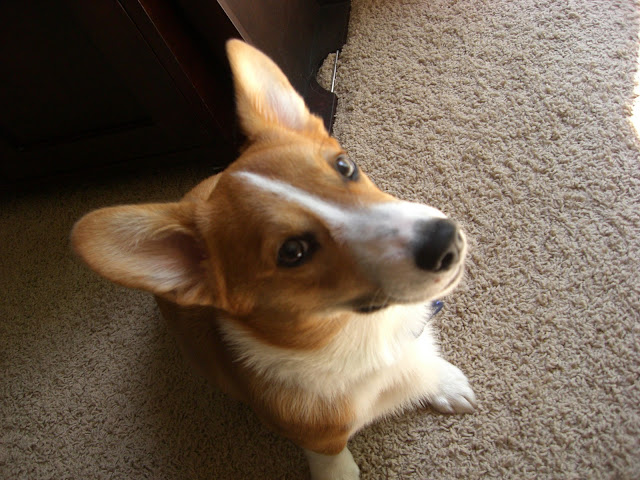 I know I heard the b word!

“He is an open-minded (mouthed?) dog who likes just about everything we’ve given him to try, but his favorites are peanut butter, pumpkin (the canned stuff) and bacon. We didn’t intend to teach this, but whenever he hears a peanut butter jar lid being removed, Billy runs and sits in his kennel, waiting expectantly for a PB-filled Kong toy.” 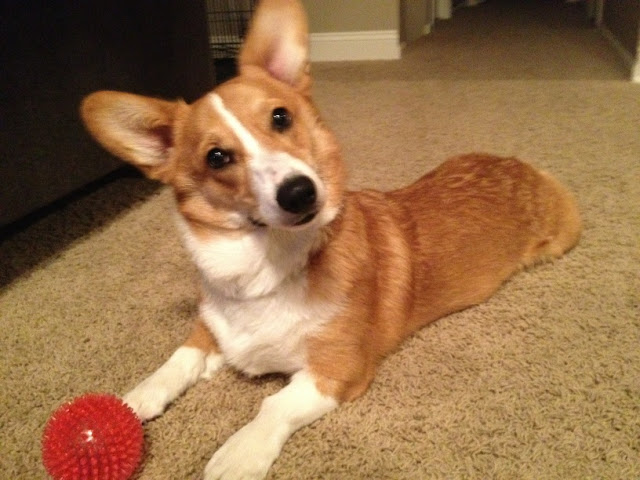 “The only toy he’s had since day one is fun ball, and that’s his ball of choice when we play fetch. He doesn’t quite get “drop it”… he’ll set his ball down (and continue staring at it), but as soon as you move your hand to grab it, he picks it back up again.”

“He loves the squeaky stuffing-free raccoon and fox toys but tears them apart almost right away. He’s a chewer!” 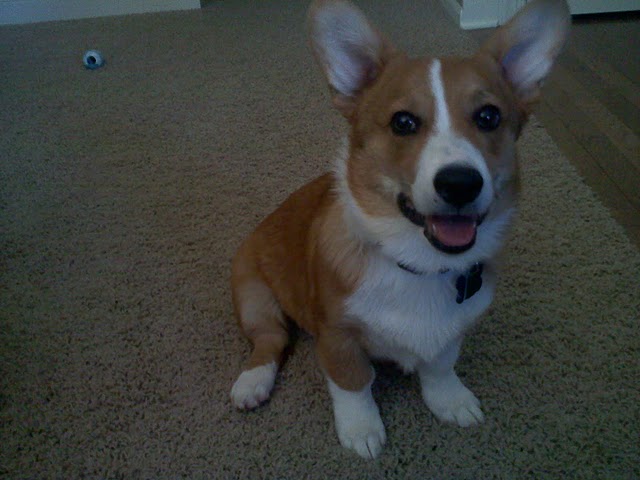 “We’ve taught him “Where’s Mommy/Daddy?” and “Go get Mommy/Daddy!”, to which he will frolic off and “find” that person by running up to them and giving a “gaRUFF!”. He also will lay down in our hallway against the closed bathroom door when he hears the shower running, just waiting for us to finish up and come play with him!” 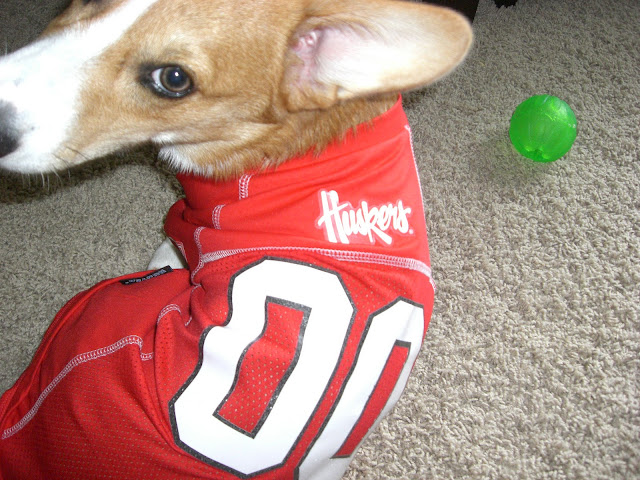 “Billy is a wonderful high-fiver. He never fails to make us smile and laugh!”

Welcome to The Daily Corgi, Billy Corgin!  You are definitely rockin’ the blog!

Ten year old Frankie stakes out his favorite spot on the couch. Flooftastic.   Jasper still looks a lot like a puppy, but he ... END_OF_DOCUMENT_TOKEN_TO_BE_REPLACED