This week the spotlight is once again on Corgi Connection of Kansas, with three lovely tri-color Pembrokes looking for their forever homes. Thanks to Jeanette for the scoop on these characters!  To inquire about adopting any of them, e-mail jeanette@corgiconnection.com. 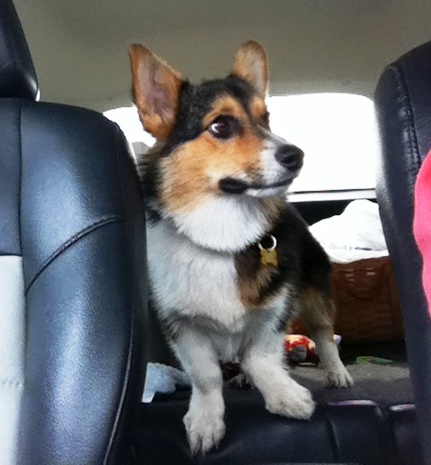 Relax, ladies. There’s plenty of this suave to go around.
“Buddy has been with Corgi Connection for more than two months. He’s a real
sweetie and still very much a puppy, despite his age (estimated at 18 to 24 months). Buddy needs a home as soon as possible.
He’s an “energizer bunny” who came to Corgi Connection of Kansas as a stray out
of Oklahoma. He’s done great in foster with
his foster siblings, a male Corgi-heeler and female Husky. If those two
don’t want to play, Buddy keeps himself busy. In the past
couple of weeks however, his foster Mom says he has slowed down a
little. 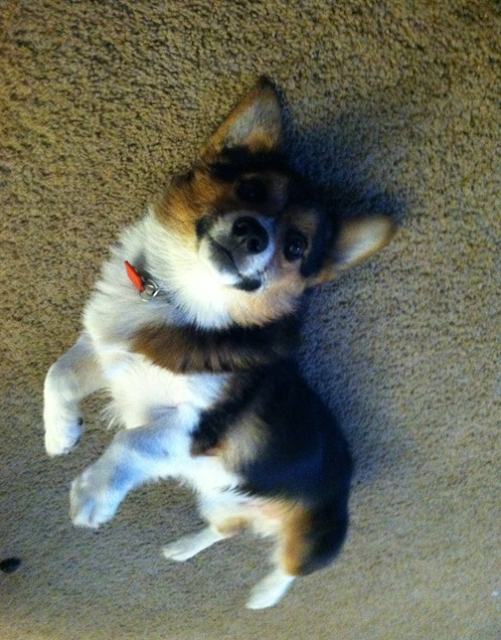 Don’t hate me because I’m beautiful. Adopt me because I’m awesome!
Buddy came to CCK in pretty poor shape. He
was very thin, weighed about 14 pounds and had worms. Those
things have been taken care of, but there is one thing about Buddy that
will most likely remain with him forever. His left front leg is deformed, with one bone longer than the other. The veterinarians don’t know
if he was born that way, which might explain why he ended up as a stray
or if it was due to some kind of trauma. Whatever the reason, Buddy has
adapted to his leg. You can trust us when we say it does not slow him
down!

The veterinarians did not recommend
surgery to correct the leg. It would mean cutting one bone and pinning
it back together in hopes the bone would fuse to itself. The risk of
losing the leg entirely was too great for us to risk having done. 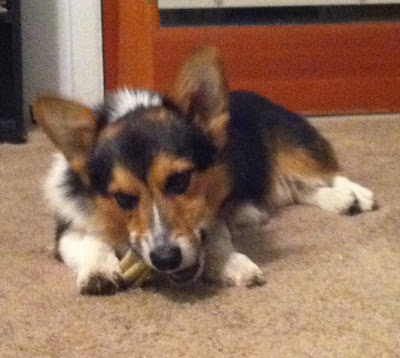 The chompers work perfectly well!
When Buddy is playing extremely hard he
will pull the leg up, and sometimes he kind of hops on it. He doesn’t appear to be in pain, though, so he’s not on medication. We will probably
start him on some glucosamine and maybe Rimadyl down the road, just to
help ward off any further problems.”
*  *  *  *  * 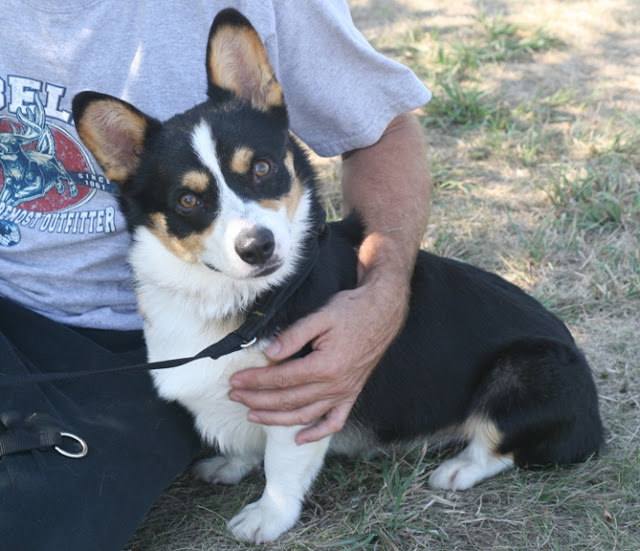 Handsome Jericho, approximately two years old, is still making the adjustment from an outside life to
being a loving member of his foster home.

A “good Samaritan” took Jericho from his original home, where he could no longer get the time and care he needed. Alas, his new caretaker banished him to an outside pen, leaving him in the mud and heat. She knew her grand-children were being mean to Jericho and didn’t do anything about it until she had him for nearly a year. 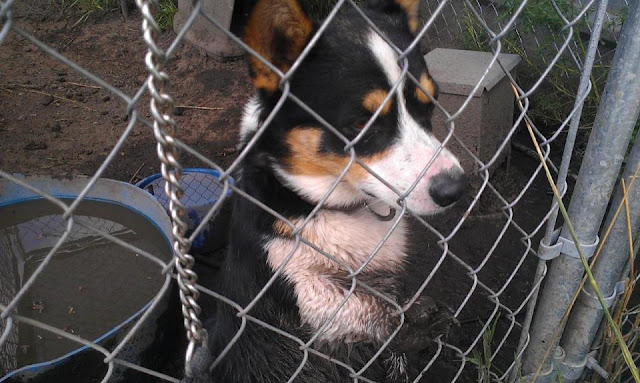 Thanks to a sharp-eyed rescuer, he was removed from that situation and is currently in foster care in the Omaha, Nebraska area. 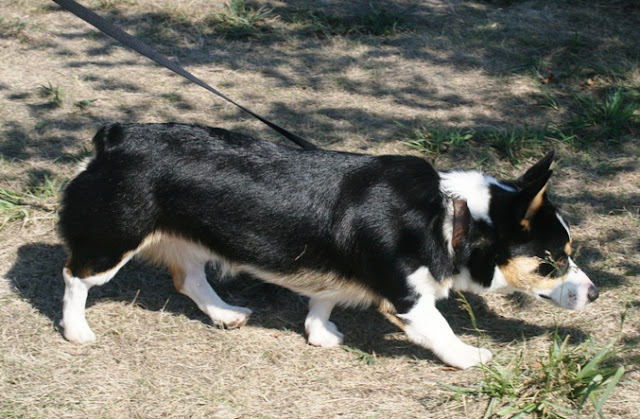 He has been introduced to some of the
basics of agility and seems quite pleased with himself when he performs
successfully. He would do best with an active owner, as daily walks would
be a must, PLUS plenty of play and exercise time. 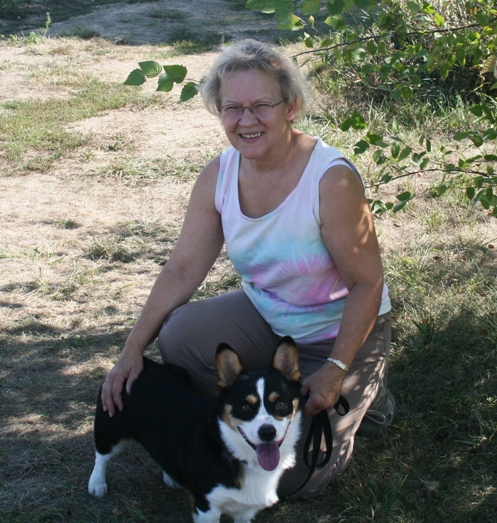 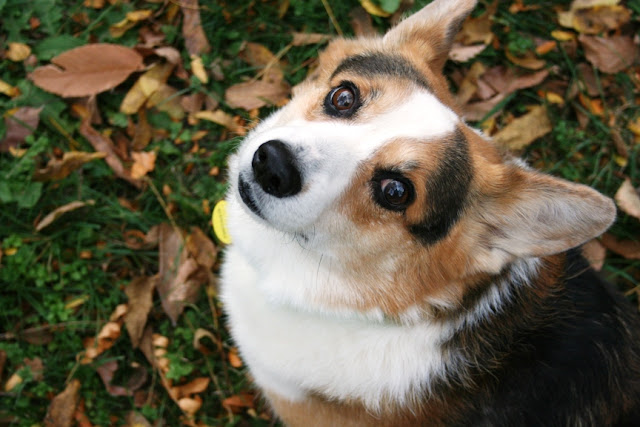 “Leilu is a seven year-old sweetheart of Corgi.
She came to CCK from a home shared with several other family dogs, where she got along fine with them all — except for the other female Corgi. Their fights eventually escalated to the point where the family made the decision to re-home Leilu. 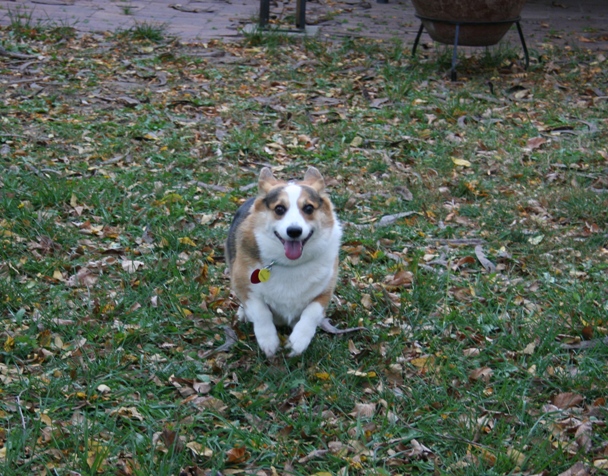 Leilu loves
everyone she meets, including her foster parents, who report she has done
just fine with them — but there are no other dogs in the house. Leilu is
snippy towards other dogs and more so towards female dogs, so she’s
looking for a home to call all her own. 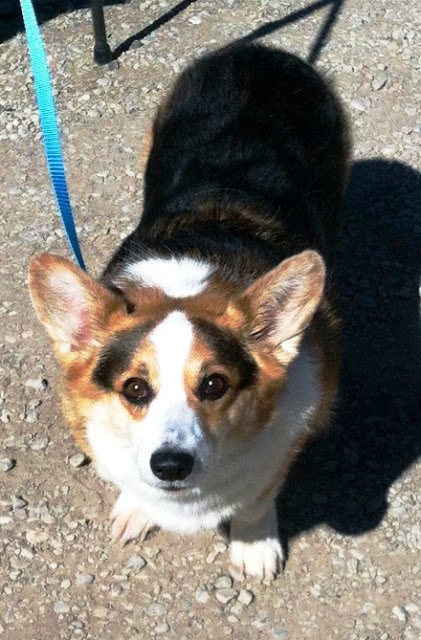 I prefer to call myself feisty!
Anyone who has some experience with a
bossy, more reactive female Corgi would be perfectly fine taking on
Leilu. She seems to be really thriving on the extra attention she is getting in her foster home, so we hope she finds a placement where
someone is home more than regular working folks.
While Leilu is a little older, we hope someone can find it in their heart to give this girl a furr-ever home!”

Ten year old Frankie stakes out his favorite spot on the couch. Flooftastic.   Jasper still looks a lot like a puppy, but he ... END_OF_DOCUMENT_TOKEN_TO_BE_REPLACED