Audrey R. has so many pictures of Neige, her 18 month-old Cardigan Welsh Corgi, that if she and her husband ever have kids, there will be no photo evidence of anything in their parents’ lives before the dog and the wedding. 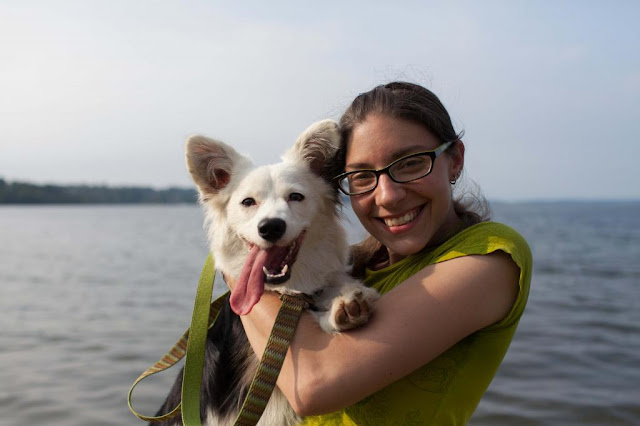 Of course, it could be argued that Neige is kid numero uno …

“Neige is the sweetest dog I’ve ever known” writes Audrey. “Her facial
markings are outside of breed standard, but that won’t stop her from
starting agility training this year and probably taking to it like a fish
to water.” 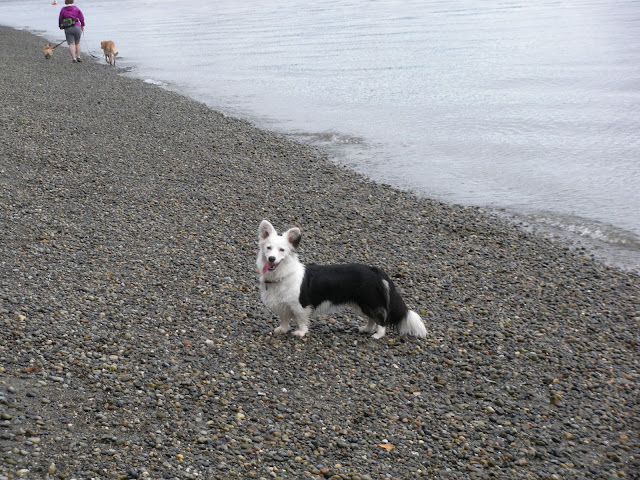 “Niege loves chasing her toys,
running on the beach, and spending time with her people.  Since I train dogs for a living, sometimes she gets to help
teach other dogs to walk nicely on the leash and develop good play
skills.” 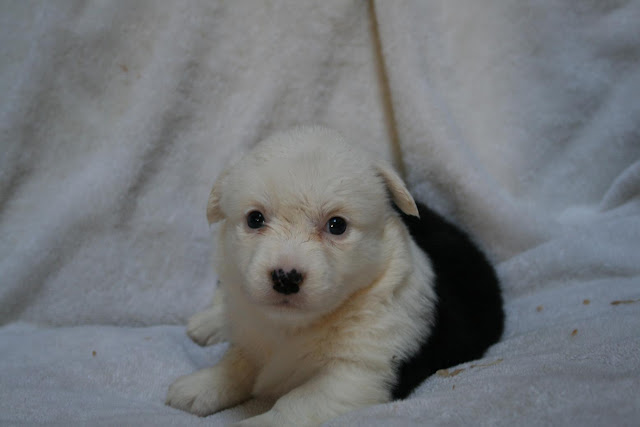 “This
was the first photo we ever saw of her at around 2-3 weeks old.  We’d
been on a wait list for her breeder for
about four months.  Neigé was born July 27, 2011, the second girl in a litter of 6.  We thought this picture was hilarious — such a serious face for such a tiny potato puppy!” 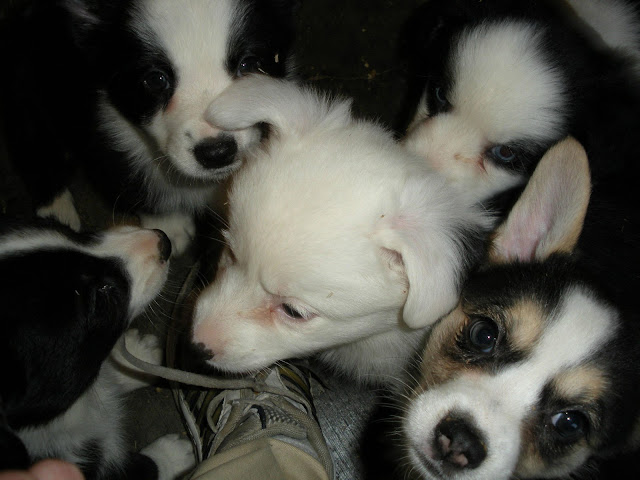 “Went to visit the litter at 7 weeks. They were really into chewing on my shoelaces!” 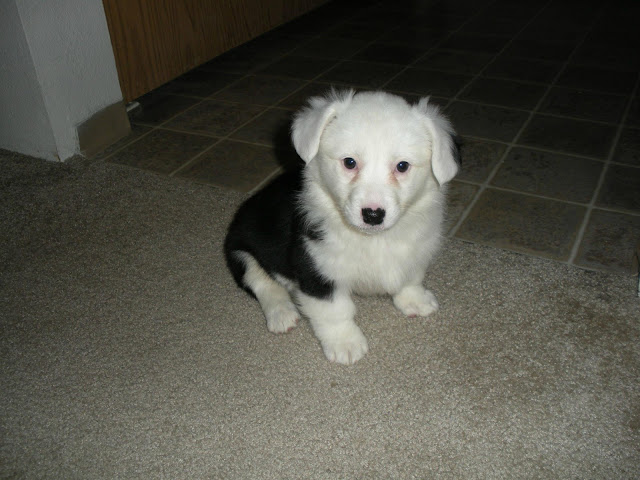 “First day home! She was such a roly-poly creature! We decided on the name Neigé, which is French for “snowing,” because of her white face.” 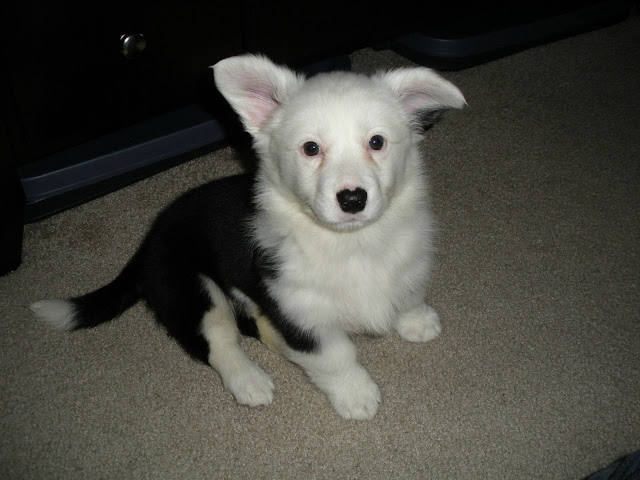 “Her ears came up one at a time with no taping help, thankfully.” 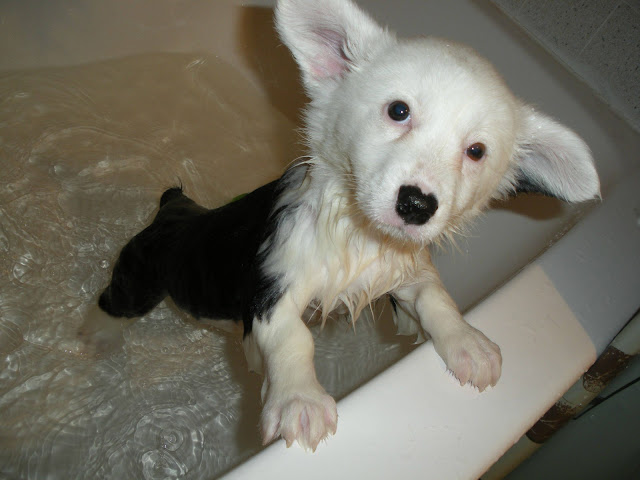 “They
get even more ridiculous the older she gets. We’re pretty sure if the
wind blows hard enough, she’ll get picked up like a kite!” 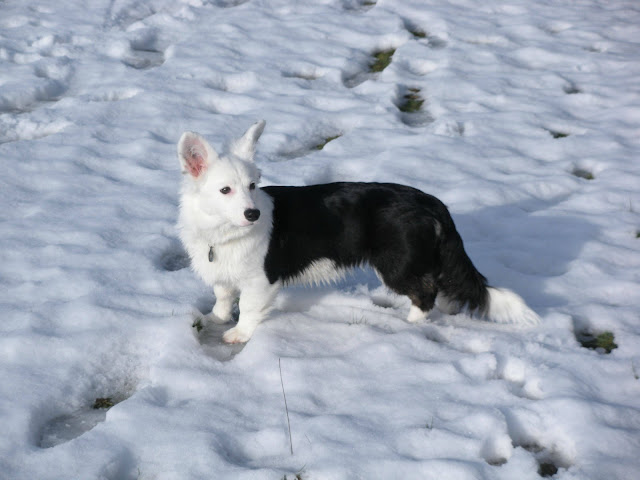 “Neige
loves her namesake!  The deeper and fluffier, the better. It tends to
be a special treat here in Tacoma, so she makes the most of it.” 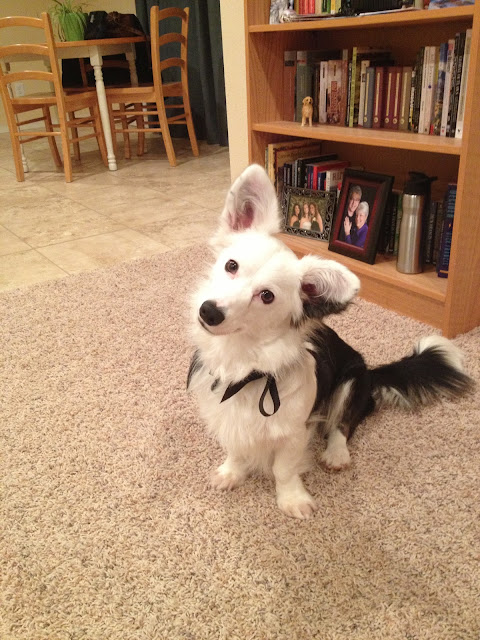 “The
constant head-tilt. Neige tries to follow my conversations, but unless
they contain the words “ball,” “dinner,” or “park,” it’s a toss up how
much she absorbs.  She does know the names of her favorite toys: ball,
rope, dragon, buffalo, snake, and crunchy ball.  If you ask her to get
one, she will ignore the others and go find it.  She’ll do this up to 3
times (“Go get your rope!  Now go get your dragon!  Now go get your
ball!”) before she decides “forget that, now we’re going to play
with it!” 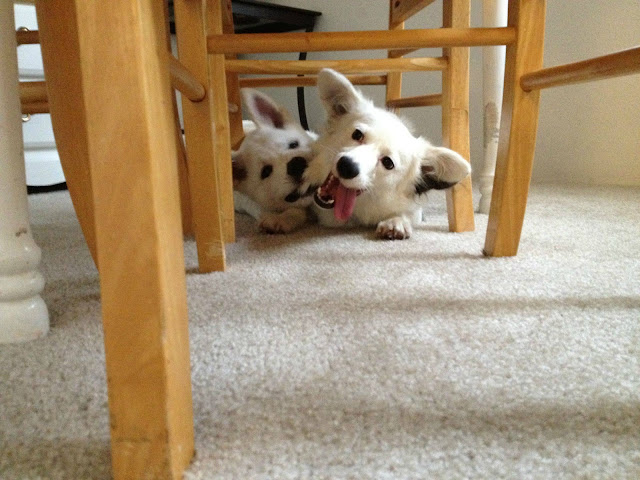 “She’s very tolerant of some of my more … challenging clients.” 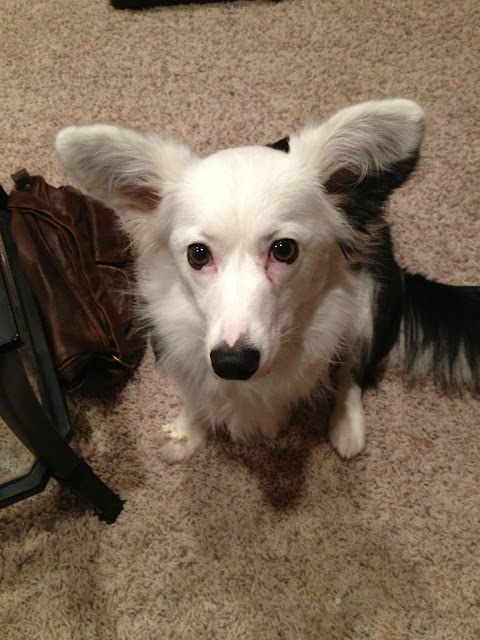 “Performing a “leave it” of a piece of popcorn on her foot with eloquent facial expression.  She’s such a chow hound.” 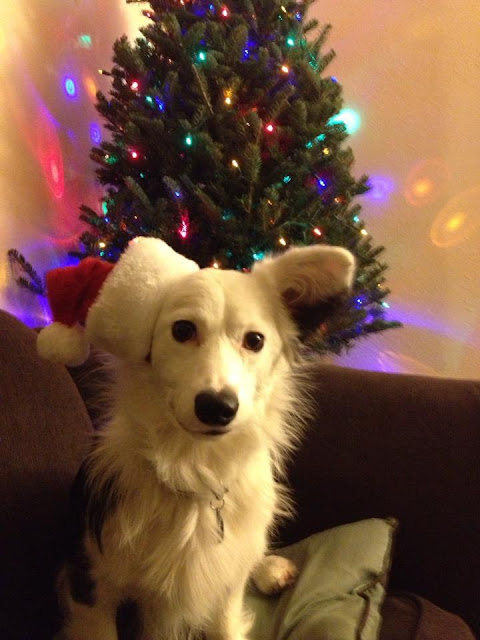 Putting up with her Christmas hat. 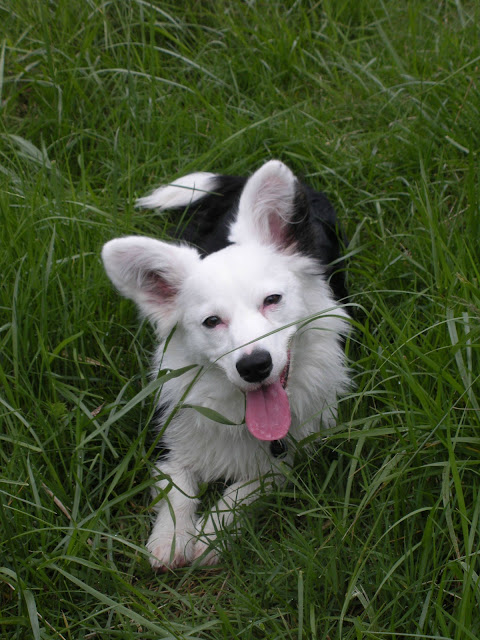 “I’m so proud of how she’s
turned out; sweet, confident, and biddable.  Her face may exclude her
from the show ring, but her temperament is everything I could have hoped
for in a Cardigan. Come check out the videos at her youtube channel. We’re crazy about Neige and look forward to what the future holds
for us!”

Ten year old Frankie stakes out his favorite spot on the couch. Flooftastic.   Jasper still looks a lot like a puppy, but he ... END_OF_DOCUMENT_TOKEN_TO_BE_REPLACED