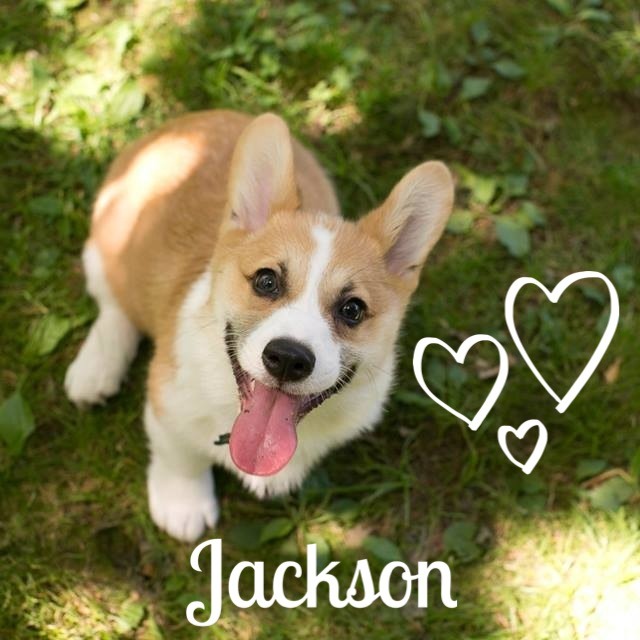 Four month-old Jackson is a curious Corgi with his own tumblr blog and a bird sister. An Australian Cinnamon Lovebird, to be precise! 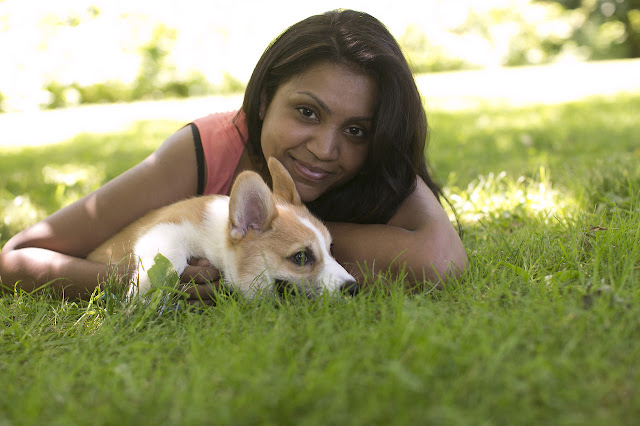 Mom Dana says her stubby firecracker is full of personality. “From the start, he’s been my shadow. It took a while for us to grow on each other, but since we’ve clicked we’ve been inseparable. He follows me everywhere!” 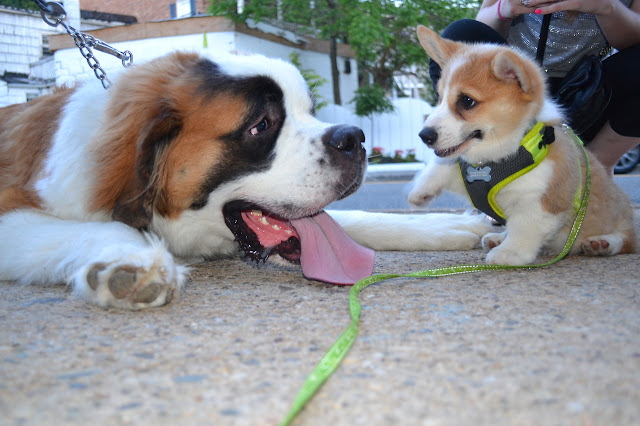 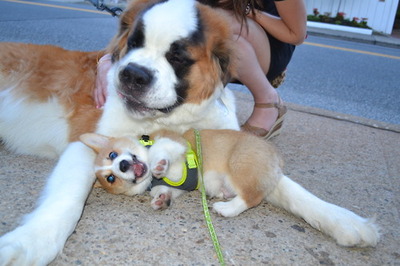 “Saint Bernards are his favorite thing in the world. He has such a love for big dogs and a radar for that specific breed. It’s amazing to watch him spot one and interact with them. They make him happier than anything else!” 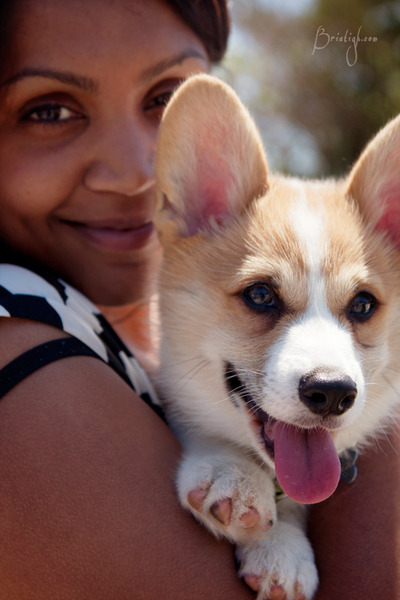 Although he’s very attached to Dana, oddly enough Jackson’s not cuddly or affectionate (unless he’s tired and just using her to carry him around). He’s especially vocal, and any attempt to cuddle him elicits strange — but adorable — noises. 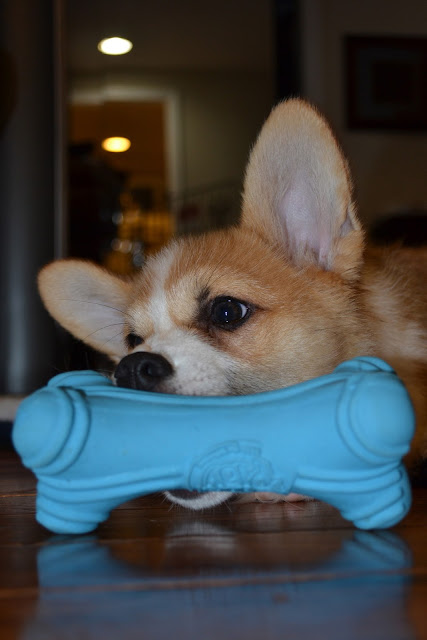 When he’s not playing with giant dogs, he’s often cavorting with his squeak toys. If there’s a toy that makes any kind of noise, Jackson is all over it. “I once forgot a toy in his crate, only to wake to the sound of squeaking at 3 a.m.” Ahhhh yes. Corgis and their noises. 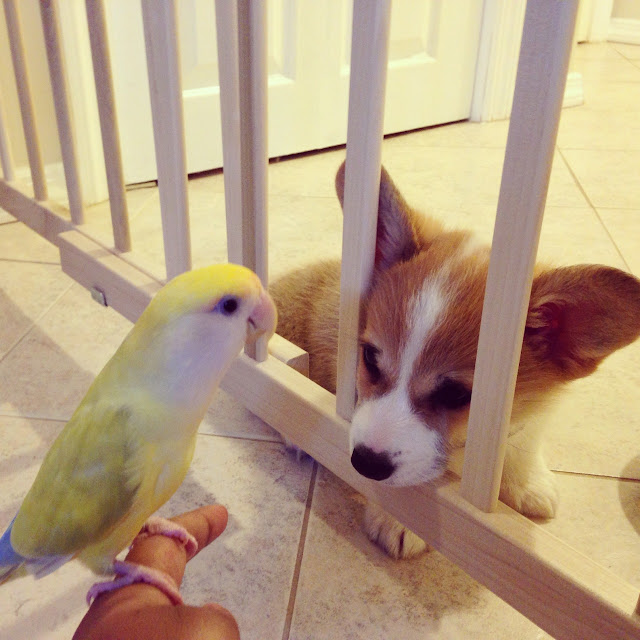 Meeting Kujo for the first time. He’s proven his gentleness with her. Once she managed to fly from her cage to the floor and he raced to grant her a giant kiss. The little lady was less than thrilled and tried to bite him. 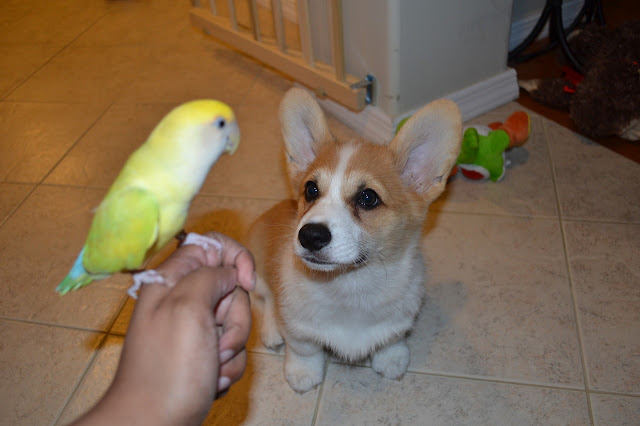 Because they remain separated, he’s resigned himself to sitting and staring at her. (Sigh). 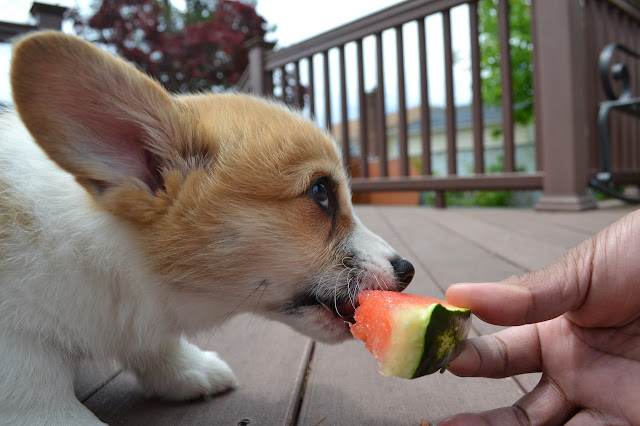 Jackson is super smart and very manipulative. He can con anyone (especially his grandparents) into getting whatever he wants. 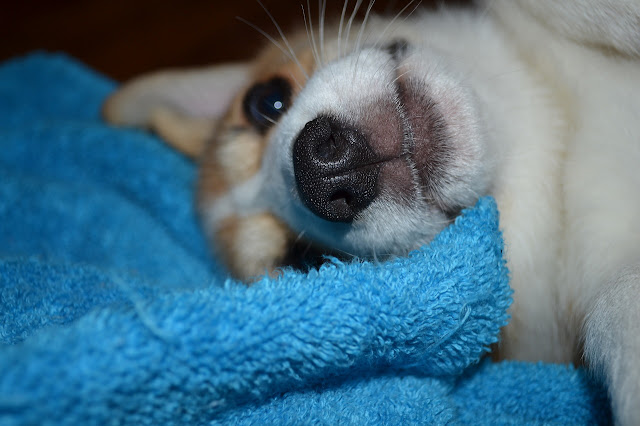 This nugget has the most expressive eyes. When he wants something, he stares with a look that lets any human know exactly what it is. 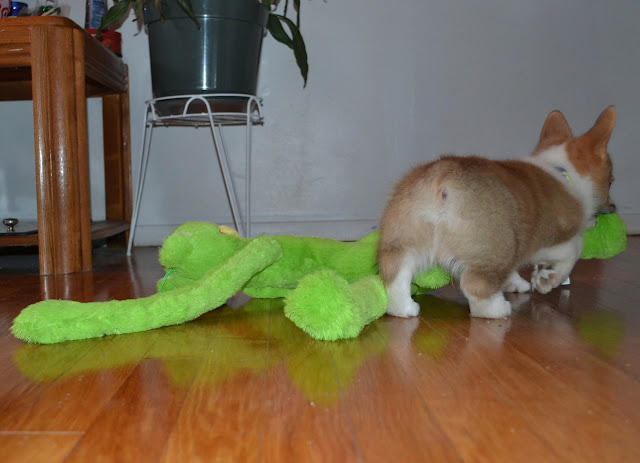 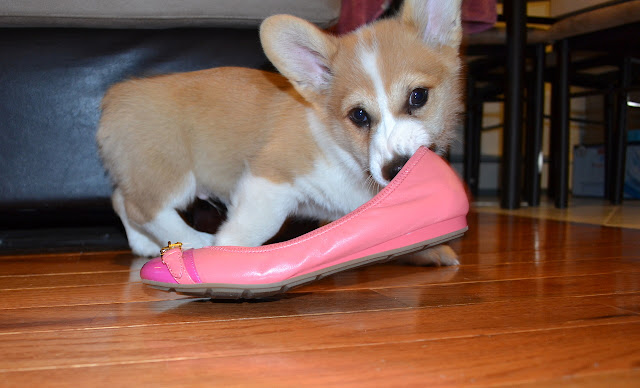 I believe we have this in your size. 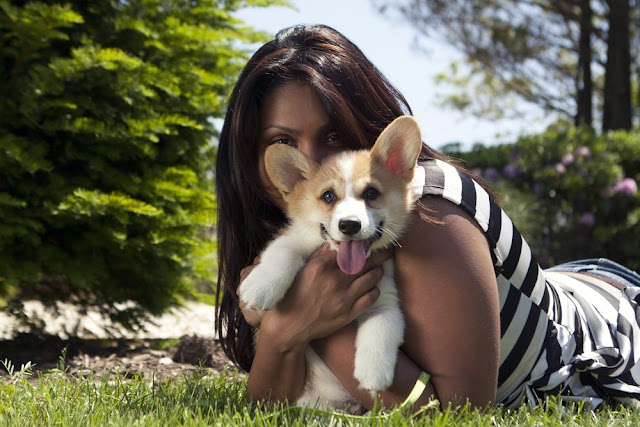 Jackson Gatsby Stubbington is an all around bundle of amazing-ness, and his Mom is over the moon for him!

Ten year old Frankie stakes out his favorite spot on the couch. Flooftastic.   Jasper still looks a lot like a puppy, but he ... END_OF_DOCUMENT_TOKEN_TO_BE_REPLACED