This is Jack, aka “Jackson Pollack, Corgi torn paper artist.” 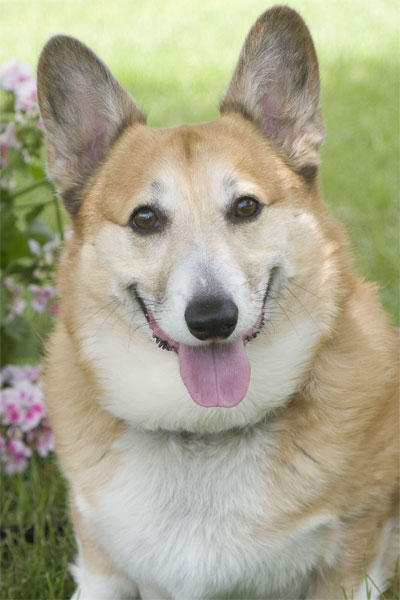 He prides himself as the Most Interesting Dog Anywhere, even outside of his hometown of Cardington, Ohio.
Jack’s Mom Janet W. thinks he’s about five years old, but because he was a rescue it’s only an estimate. What IS certain about Jack is this: he hates having his photo taken. “Jack is difficult to photograph —  he’s quick!  I have at least a bazillion pictures of him “leaving” the frame.” 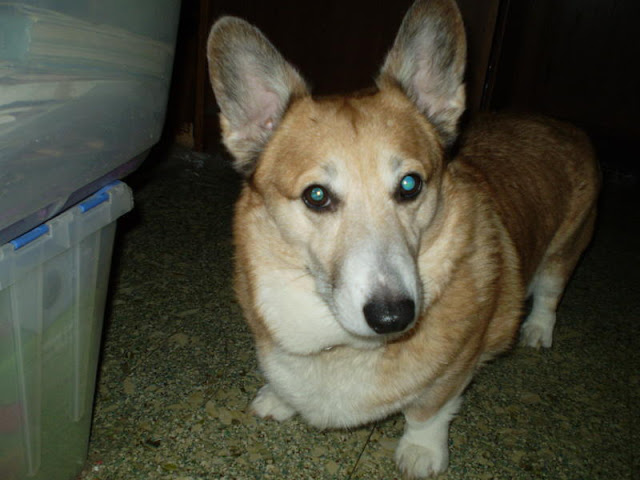 “Jack came to me at the time I needed him most. My beloved dog, Trixie, had passed away on a Wednesday the first week of August. Trixie was a beagle mix and the co-host on all of my talk-shows. She had been so sick, and to tell you truth God protects drunks, idiots, and people driving to the Pet Emergency room. We were in and out of there … a lot.”
“Anyway, my Mother played bridge with Jack’s Grandmother (her daughter owned Jack) and said that they were looking for a home for this Welsh Pembroke Corgi who apparently her daughter’s family had been neglecting and abusing. I never thought I would KNOW anyone who treated animals so horribly — they were always kind of vague people “over there” somewhere.” 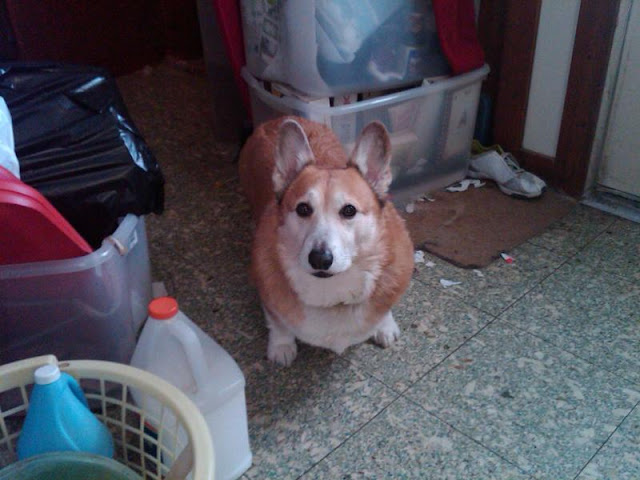 “Whatever it was, I didn’t do it.”﻿
“Jack came into my home on Saturday. We made a vet appointment and it turned out he had worms … a Duggar family of worms … it took five months to de-worm him.  My vet swore he had never seen such a large amount in one dog.  Jack was underweight, with a large head and a small body.  We got him “fixed” (funny story here, thought he had been fixed but you know my last dog was a girl).  The getting fixed was a great thing, as it ended the affair Jack was having with my black loafer and an afghan.” 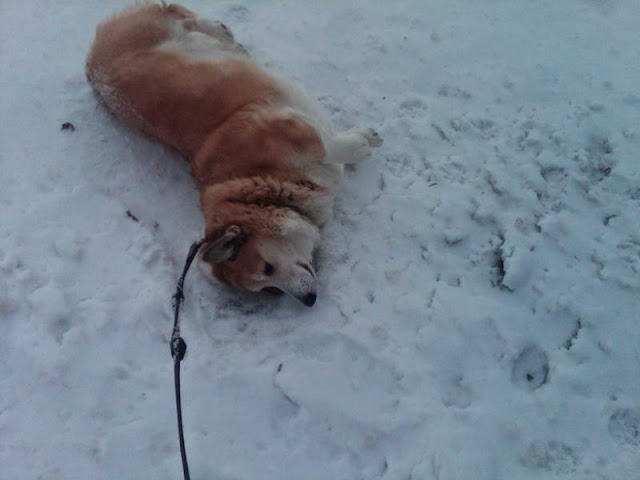 Breakdancing Corgi:  Jack busts a move on the snow.
“Jack once shared a dead mouse with me — a skill I thought only cats had, but oh those Corgi gangsters! We found him a breath mint and I eventually recovered from the shock.”
*  *  *  *  *
Welcome to The Daily Corgi, Jack!
You are indeed a Very Interesting Dog (you’re a Corgi, how could it be any other way?)

Ten year old Frankie stakes out his favorite spot on the couch. Flooftastic.   Jasper still looks a lot like a puppy, but he ... END_OF_DOCUMENT_TOKEN_TO_BE_REPLACED