Whitney H. writes:  “Jasper’s story really starts with the loss of my Dachshund, Rusty. Rusty was old;  I adopted him as a nine year old at the Humane Society five years before. Although it was his time, it was still traumatic to lose him. I spent five years without any dog at all because of that. One day it hit me just how lonely it was without a four legged friend in the house, and that very day I found Jasper’s picture on Petfinder. Maybe it was those short legs, or that fluffy coat, or more likely that big smile, but I knew I had to have him. I adopted him later the same day at the Humane Society.” 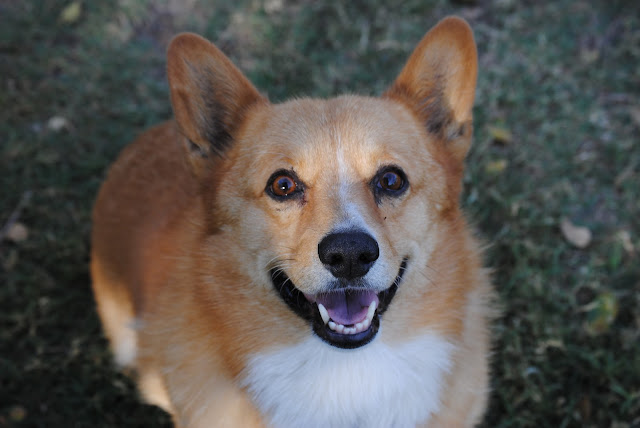 “At first he was not all I expected him to be. Jasper was so skinny I could see his rib cage, even under all that fur which looked terrible;  not fluffy, glossy or pretty. He’d obviously been through a lot before ending up at the shelter. It didn’t matter, though. Something clicked between the two of us. Every time he smiled, I had to smile too. He latched onto me immediately and wouldn’t leave my side.” 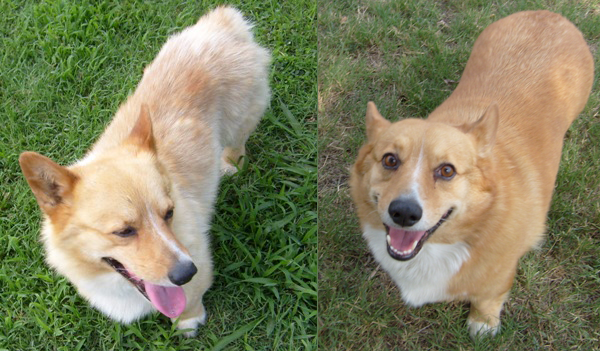 “Months later he was healthy again. His fur was a glossy, beautiful orange. The little bit of food aggression he had when I first brought him home was getting better. He loved playing with the multitude of toys I got him, but the one dollar squeaky balls were his favorite. He used to kick those all over the house with his little paws and pounce on them as they ran away, then throw them in the air. More than anything he enjoyed car rides to places unknown, but what dog doesn’t?”
“We started lessons and he was one of the top students in class. He learned sit, down and stay in record time. Heel was even easier, since he already followed me around everywhere.” 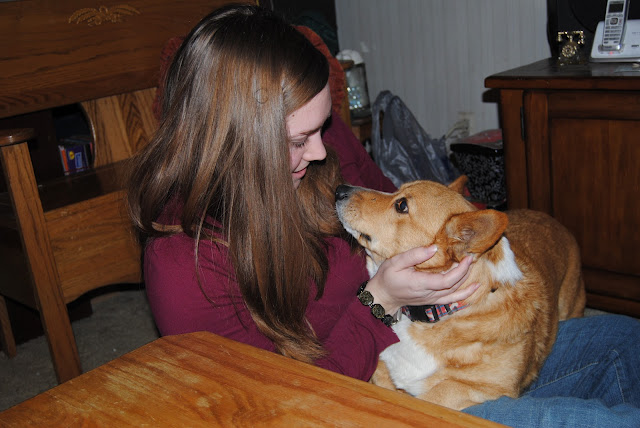 “In September, a little over a year after I adopted him, he collapsed after a trip to the pet store, Jasper collapsed. He started acting sluggish, so I rushed him to the vet. The vet had no idea what was wrong, but prescribed pain pills in case it was his back that was bothering him. As the hours rolled by after the vet visit, Jasper just kept getting worse and worse. He started panting continuously and threw up all over the floor, so I rushed him to the emergency vet. The vet ordered immediate blood work, but before it came back, Jasper died.”
“He was only four years old. He had Addison’s disease. I learned from the vet that it was genetic and had been passed down from one of his parents. The type of Addison’s he had (that strikes and kills in one day) is extremely rare. Most dogs with Addison’s show some signs in the weeks or months beforehand. Jasper never did. He was active and happy right up until the morning he died.” 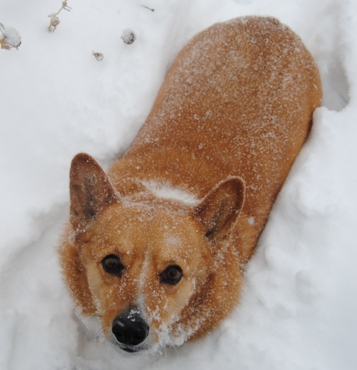 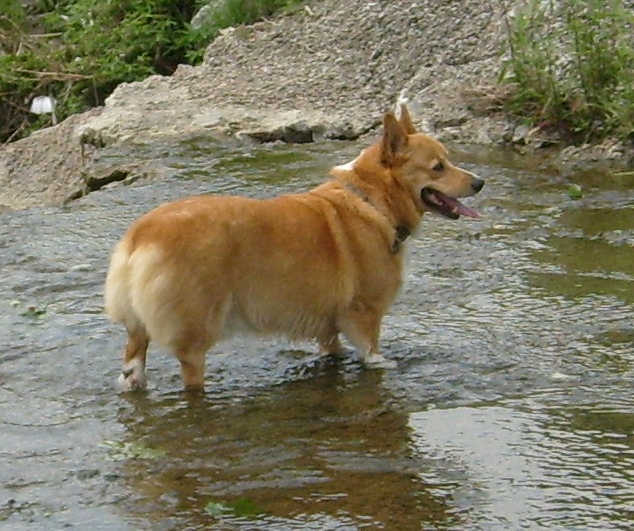 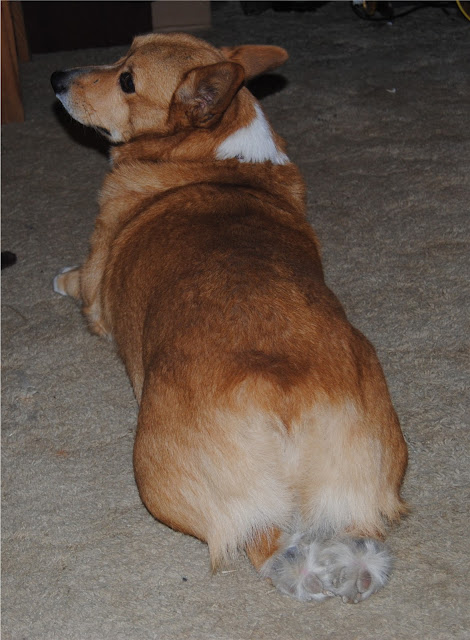 “I spent days mourning him. I couldn’t fight back the tears at work. Just knowing I’d come home and he wouldn’t be there to greet me was enough to set me off. A week after I lost him I began to remember how things were when I lost Rusty. Jasper helped me recover from that loss, maybe there was a dog out there that could help me with Jasper’s death?”
“I searched Petfinder soon after that and realized there was a Corgi waiting at the local shelter. Ariel came right home with me! It was tough adjusting to a new dog, but she did her best to make it easy. She jumped on my bed her first night home and snuggled in. She rolls over and shows me her belly every now and then, just in case I want to pet it. Every time I come home from work Ariel is there smiling and howling at me just so I realize she had a tough day too!”
Ariel will be the Daily Corgi Dog of the Day tomorrow … come back and meet her!
*  *  *  *  *
Whitney, thank you for sharing Jasper’s story. Sounds like nobody could have loved Jasper more than you did in that last year of his life.  To love and be loved — what more could a dog (or a person) really ask for?  Yours is a love story :-).

Ten year old Frankie stakes out his favorite spot on the couch. Flooftastic.   Jasper still looks a lot like a puppy, but he ... END_OF_DOCUMENT_TOKEN_TO_BE_REPLACED