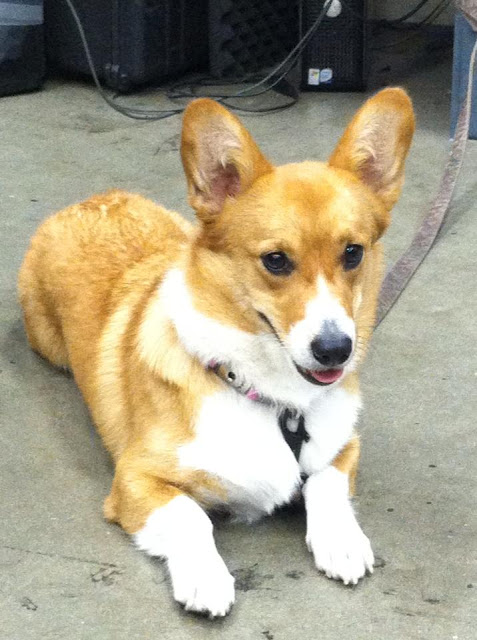 Last weekend, Robert H. of California spied this pretty face on Craigslist. Within 24 hours he was on his way to Nevada to bring her back to California. 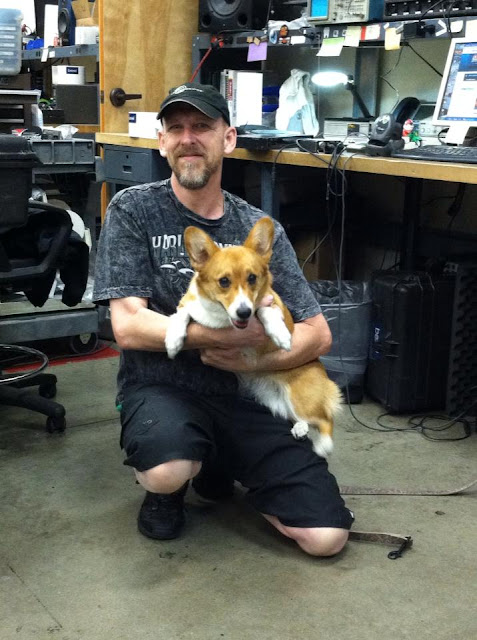 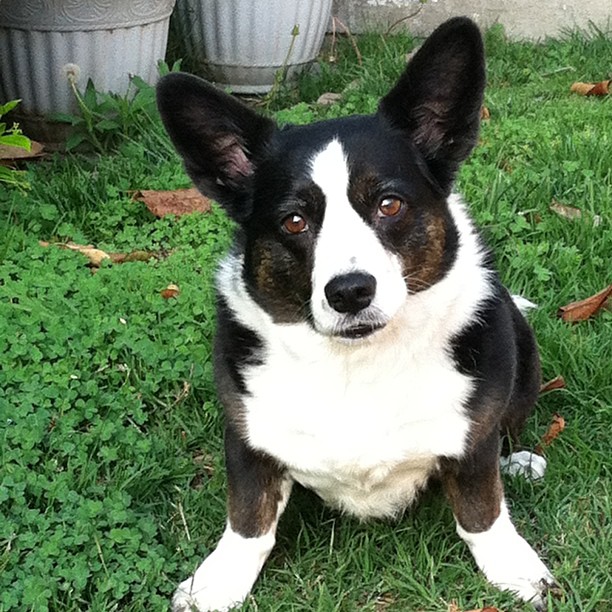 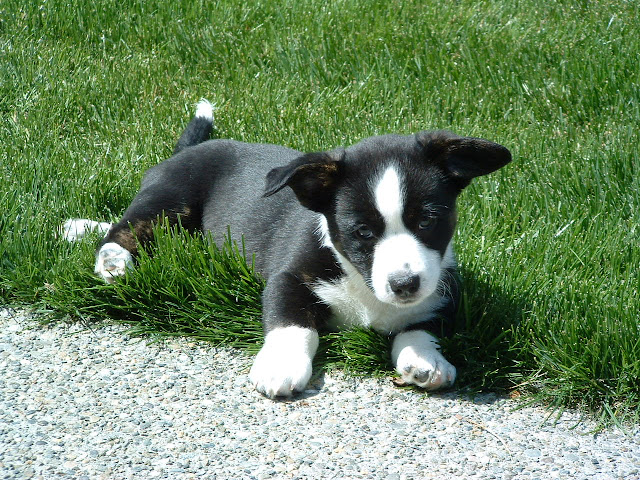 Sammy is Robert’s second Corgi. She came to live with him as a ten week old pupper. His original Corgi Ozzy was a bit of a wild child Pembroke who needed a playmate while Dad was at work. 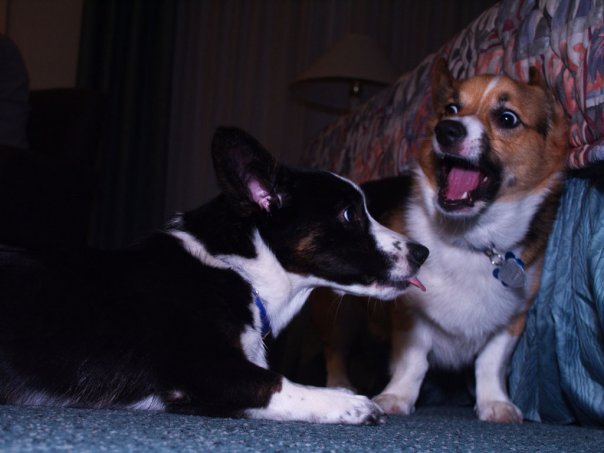 Ozzy was very excitable and full of energy and barked at everything while Sammy was very mellow and hardly barked at all. Their personalities were very different. 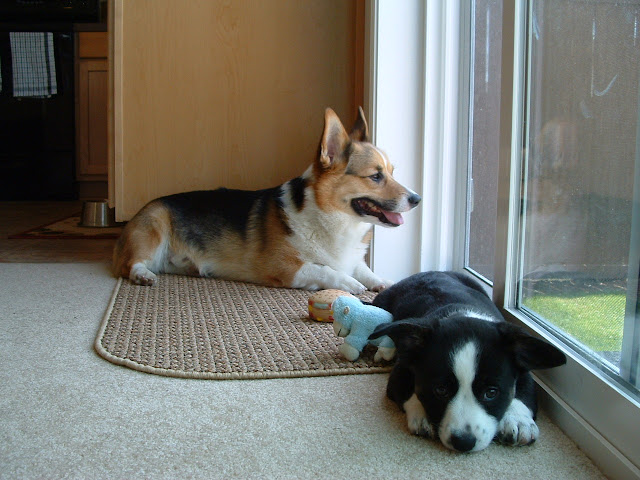 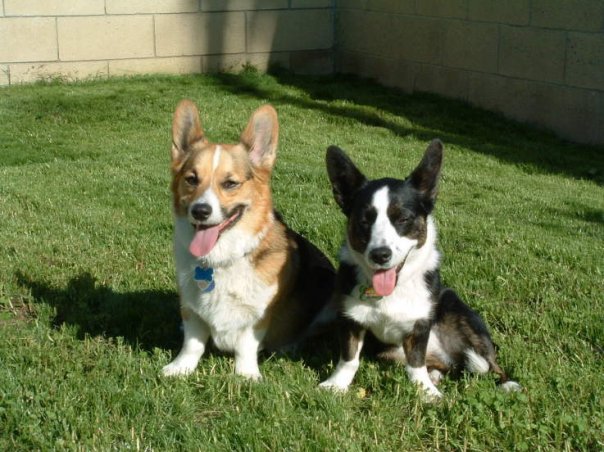 Ozzy was a handful who changed Robert’s life forever when he moved in (and tried to take over) in January of 2002. At ten weeks old, this Pembroke Welsh Corgi puppy began teaching his new owner the ropes of a challenging life with a adorable but willful herding dog . 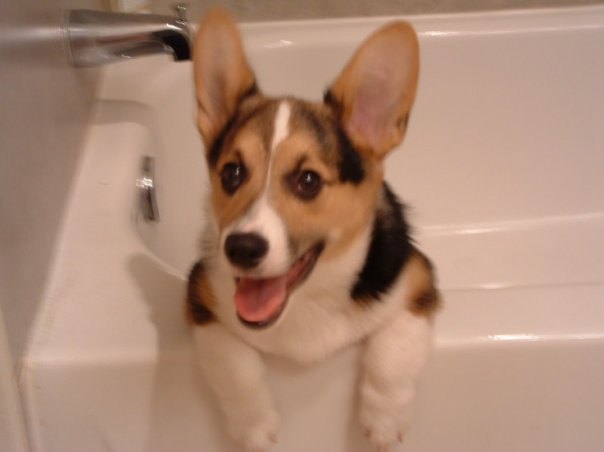 “When Ozzy was a puppy, I could not keep him out of the bath tub. When he heard me turn on the shower he would come running and launch himself through the shower curtain.”
“Things were not always perfect with him” Robert recalls. “He definitely had behavior issues and got into a lot of trouble at times. I’m sure this was my fault as he was my first dog, and at the time did not know how to properly train a dog. He was a pain at times, but he was my pain and I never stopped loving him.” 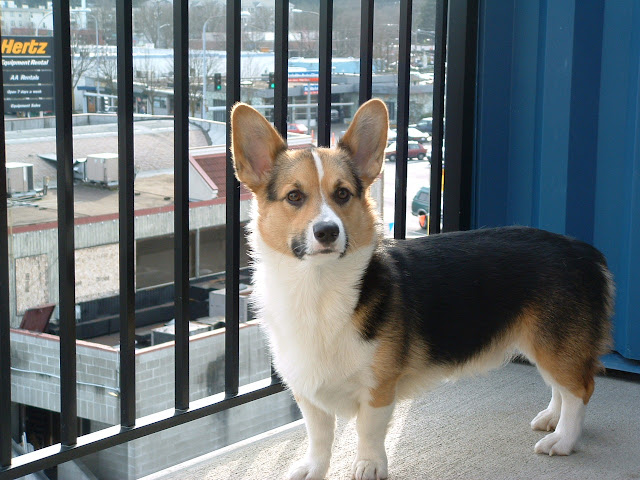 “The unconditional love a dog gives everyday is what really changed my life. I was living in Seattle at the time, and while I had a great job and good friends and things seemed to be going well, I never realized how unhappy I was until Ozzy came along. I used to come home after work every night to an empty house; now I had a reason to be excited about coming home. Whether a good or a bad day, Ozzy was always there at the door waiting to greet me, every time.”
“I eventually tired of the
rain in Seattle, packed up and moved with Sammy and Ozzy to Southern
California. Things were going very well until late August 2011, when Ozzy started having small seizures. I made an appointment with the vet right away. On the morning of his appointment I could see
that Ozzy was in bad shape. I picked him up, set him on the
couch and told him things were going to be OK when he suffered a major seizure. It was the scariest thing I’ve ever seen.” 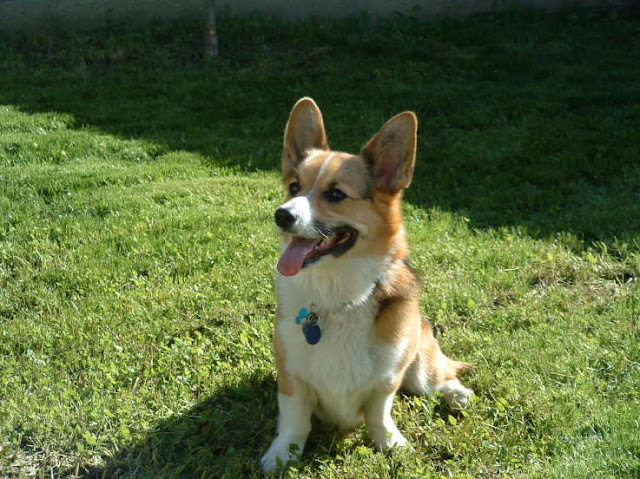 “Ozzy
was diagnosed with insulinoma — a tumor on the pancreas which released too much insulin, lowering his blood sugar to the point where he started having seizures.
After much agony I decided against surgery, which was risky and would only buy him short time. The only way to treat him
without surgery was frequent feedings to keep his blood sugar up and prednisone to help control it. The prednisone worked
very well for awhile but it made Ozzy very
thirsty and he was drinking water constantly, which led to more accidents
inside than I can remember.”
“For the next 11 months he was taking his
meds and was fed every four hours. I would set my alarm, feed him, go
back to sleep, get up and feed him again, go to work, go home at lunch for
feedings then start it all over again. Eventually the feedings and
the meds stopped working. On August 8th, 2012, I had Ozzy put
to sleep before things got any worse. I didn’t think I could handle being in the room with him when it happened, but Ozzy had been there for me everyday for almost ten years and there was no way in the world I wouldn’t be there for him when he needed me most. I held him in my arms when he went, petting him and kissing
him on his head, telling  him how much I loved him and that I would see
him again someday. It was the most heartbreaking thing I’ve ever had to do.” 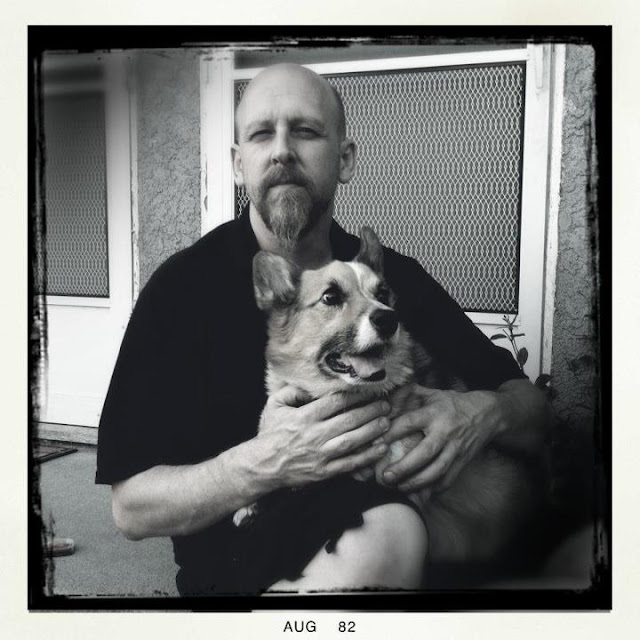 “For a while after that it was just me and Sammy, but after healing enough to think about adding a new little buddy to the family, I found Layla. 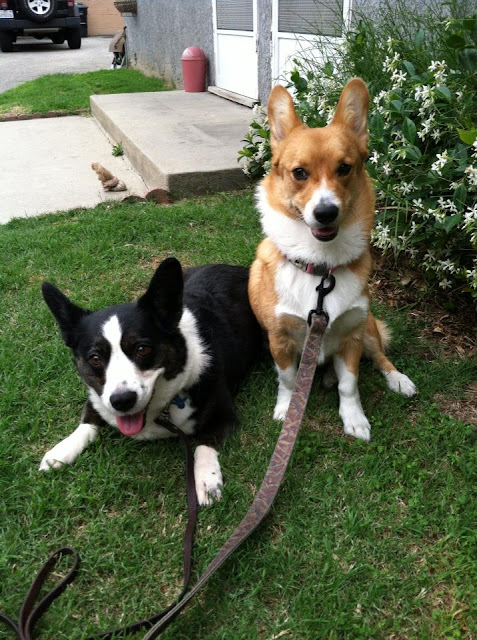 “She and Sammy get along really well outside, but Sammy hasn’t really warmed up to her yet inside. I think she feels like her territory has been invaded, though she seems to be improving day by day. The new girl Layla is well behaved and very sweet.” 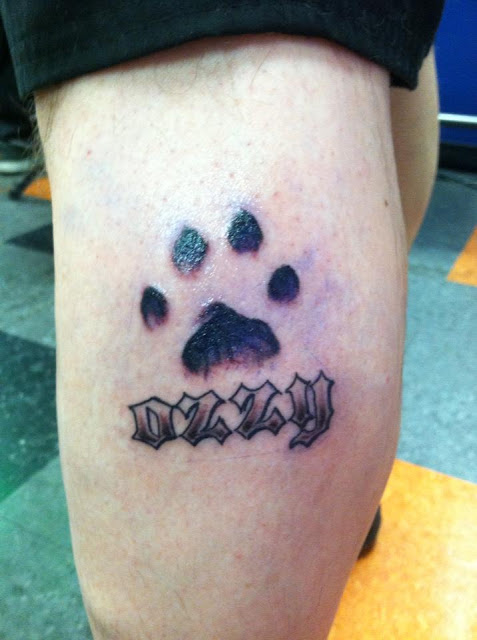 “I think of Ozzy all the time and
how he made me a better man. I owe him everything and look forward to
being with him again someday when my time is over.”

Ten year old Frankie stakes out his favorite spot on the couch. Flooftastic.   Jasper still looks a lot like a puppy, but he ... END_OF_DOCUMENT_TOKEN_TO_BE_REPLACED