The last time we saw Coby (now Calvin) here on The Daily Corgi was two months ago, when he made his debut as a Thursday Adoptable. A dog with big dreams, short legs and a troublesome habit of moseying away from home. Time after time. Didn’t even leave a note, just trotted off wherever the wind would take him!

Until the day Jeanette DeMars of Corgi Connection of Kansas Rescue got her hands on him. Little did he know, but Calvin had somehow stumbled into the hands of somebody who was never going to let him get lost again.

It was the luckiest day of his life. 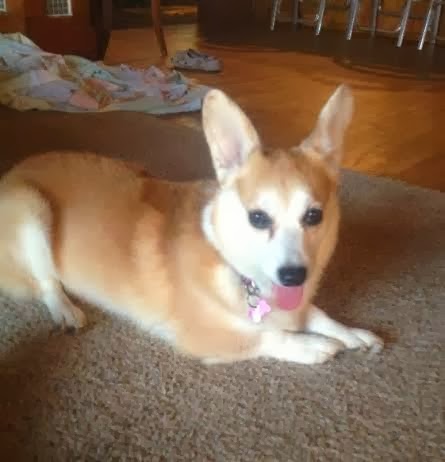 Calvin was brought to the vet ASAP for a good looking over, as all dogs are when they are accepted into rescue with CCK. A suspicious heart murmur led to tests, and a diagnosis of  PDA (patent ductus arteriosus) on the left side of
his heart, a serious congenital heart defect that resulted in enlargement. The staff were surprised he was even alive, because most dogs born with this condition don’t live past the age of two. At five, Calvin had already defied the odds. Surgery was necessary — and fast — if this Houdini was to escape his apparent fate.

Did I mention this was Calvin’s lucky day? He went on to have the surgery that successfully repaired his ticker.

Now, you and I both know how hard it is to keep a Corgi down after any kind of surgery, much less one who has a habit of disappearing, but Calvin’s foster parents Dallas and Jim weren’t letting him out of their sight. No siree.

So the weeks passed as he healed up. When the time came and he was well enough, Calvin would go to the right home, but not a minute before. As with every Corgi who comes through CCK’s doors, great care is taken to ensure that rescued dogs are truly ready for placement in appropriate forever families. Where they will stay (hopefully) for keeps.

Meanwhile, down in D.C., Anne Hazlett had started her search for a Corgi. She had been looking for a while on Petfinder and applying to numerous Corgi groups for nearly a month, in search of an older male who was good with other dogs, to add to her resident pack of one, a ten year-old Lab named Rudy.

One day, someone forwarded Calvin (Coby’s) Daily Corgi post to Anne. “I didn’t know a thing about CCK and might never have encountered this amazing group, but for your daily blog” she writes.

Love — and luck — were in the air. And there was plenty to go around!

Anne applied to adopt Calvin, after seeing him on The Daily Corgi. She would have to wait until his surgery was successful and safely behind him. Calvin was worth every minute of every day she spent waiting for word from CCK. “We could tell she was super excited about the news” remembers Dallas. “We soon settled on a date for her to drive from D.C. to Oklahoma to meet her new boy and bring him home, with a planned pit stop in Indiana to pick up her mother.” In the company of Anne’s Lab, mother and daughter traveled through ice, fog, driving rain and wind to arrive at Calvin’s doorstep on February 20th. “I would say it was love at first meeting, but Anne told me that she immediately fell in love with him when she saw him posted on The Daily Corgi in December.” 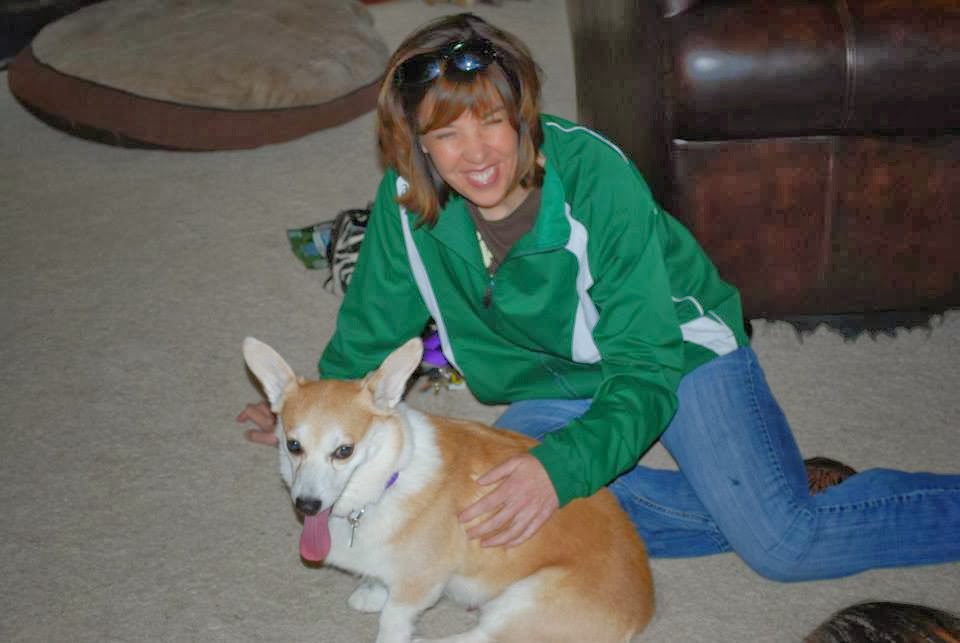 “I think Calvin took to Anne and her Mom right away” recalls Dallas. “Then came the big test: meeting his new fur-brother Rudy. You just never know if the furkids are going to like each other, but it wasn’t thirty seconds before they were playing, chasing each other around the living room.” 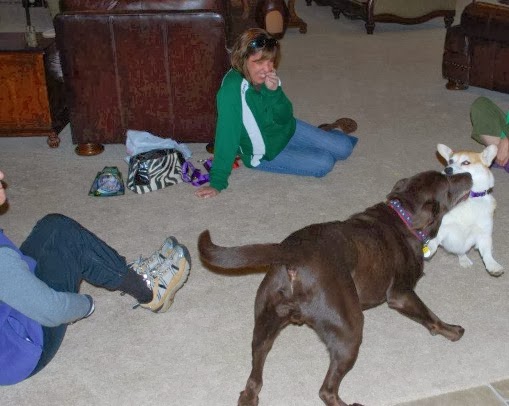 “After about an hour of getting to know each other, it was time for Anne and company to load up the car and get back on the road. Did I mention Calvin loves the road?  I got a couple of pictures, watched from the window as Calvin settled in the car with his family, and cried as they drove away. After several conversations with Anne before and after the adoption, I know in my heart that Calvin has found his furever home. I can’t thank Anne enough for waiting patiently for Calvin to go through surgery and recover. I believe it was meant to be that she saw Calvin on The Daily Corgi that day.” 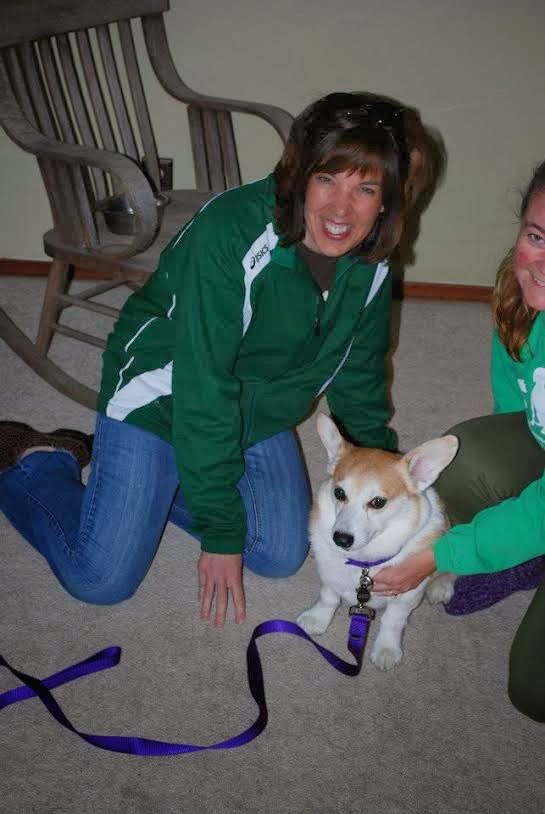 Anne remains enthusiastic, to say the very least. “I am still pinching myself this is real! Had I not been chosen for Calvin, I had already determined that I would hold out until Jeanette had another dog they felt would be a fit.”

“Calvin struts around Capitol Hill like he’s been here his whole life. Buses and traffic don’t seem to faze him. The day following our ten hour drive home, he was already meeting and greeting on the sidewalk. Pretty impressive. I am excited for him to meet my horse and check out the barn later this week!”

Corgi On, Calvin. Corgi on, all!

Ten year old Frankie stakes out his favorite spot on the couch. Flooftastic.   Jasper still looks a lot like a puppy, but he ... END_OF_DOCUMENT_TOKEN_TO_BE_REPLACED