Three years ago, Yogi made his first appearance on The Daily Corgi. This bright-eyed boy who loves everybody and everything (except EVIL cleaning supplies and the quarters his Mom saves for laundry) has gone on to make quite the social media splash. 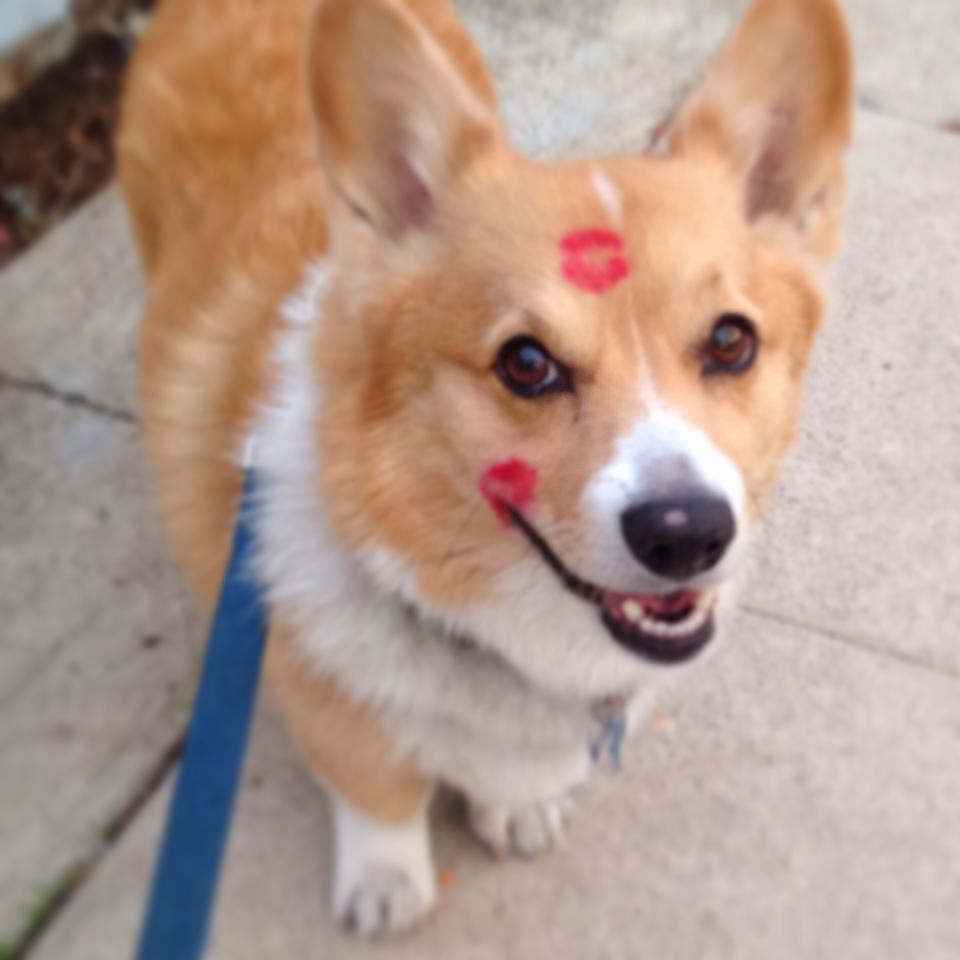 Who knew then he was bound for internet fame? A year later, the Pet Collective featured him and Mom Hali Hudson in the memorable and aptly named Pet Sense video Yogi The Crazy Corgi.

In this six minute tour de force, an animal communicator informs Hali that the boisterous Yogi regards himself as the owner, and his Mom the pet. In fact, Yogi makes his opinions abundantly clear to all involved, including the off-camera crew.

It was an interesting exchange.

That same year, Yogi was the star of the attention grabbing video Funny Corgi Causes Explosion, Then Fire, followed by Explosion and Fire Caused by Corgi EXPLAINED by Hali Hudson, Owner.

Seriously. You can’t make this stuff up.

Clearly, the Pet Collective people knew they had something in Yogi, casting him as the lovelorn “Corgi Rae Jepsen” in the 2012 “Call Me Maybe” parody video of the year’s biggest pop song hit. With four million views, Corgi Rae Jepsen was a bone-a-fido hit.

Following his ascent to fame, Yogi developed a case of life-threatening pancreatitis. Thanks to good vet care, Hali’s TLC, a little bit of luck and the love and support of hundreds of Daily Corgi facebook page fans, he pulled through. Today Yogi is healthy and happy. Despite some arthritis in his left knee, the spunky low-rider is up to his usual tricks.

In Fall of 2013, the little man was invited to hang with the likes of indie music darlings Tegan and Sara in a music video of their hit song Closer. Sure, there are other dogs in the video. I think so, anyway. Unsurprisingly, I had my Corgi goggles on.

There’s no mistaking him in Heavy Metal Corgi Hates Your Face, where Yogi’s masterful killing of a garden hose unfolds in triumphant in slow motion. Splish, splash indeed. 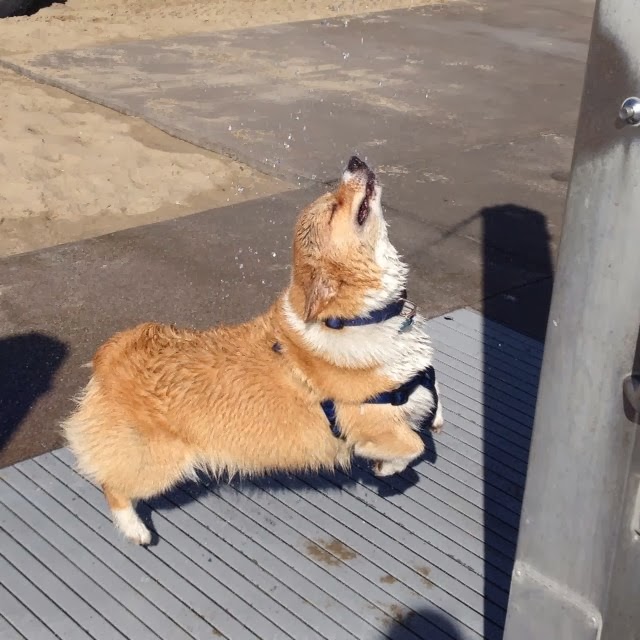 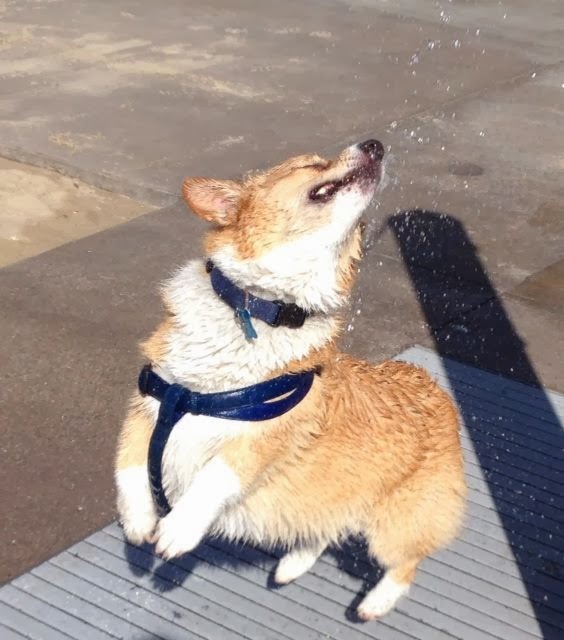 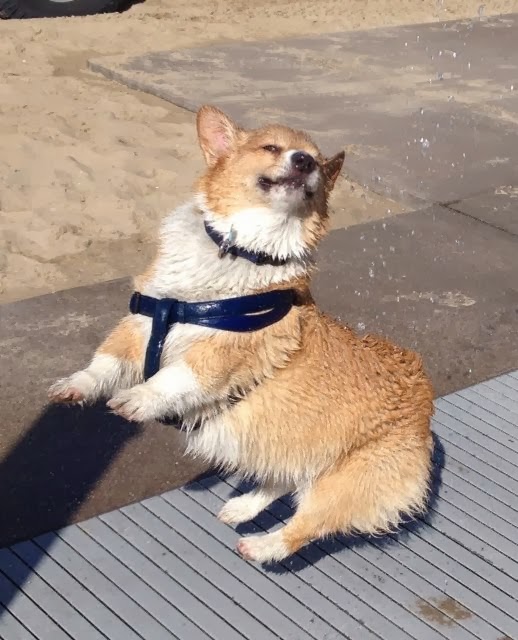 The latest word from Hali? NBC’s television show Dateline has come calling with interest in Yogi. Details TBA. Will he hit his marks, strut his stuff, steal the show? 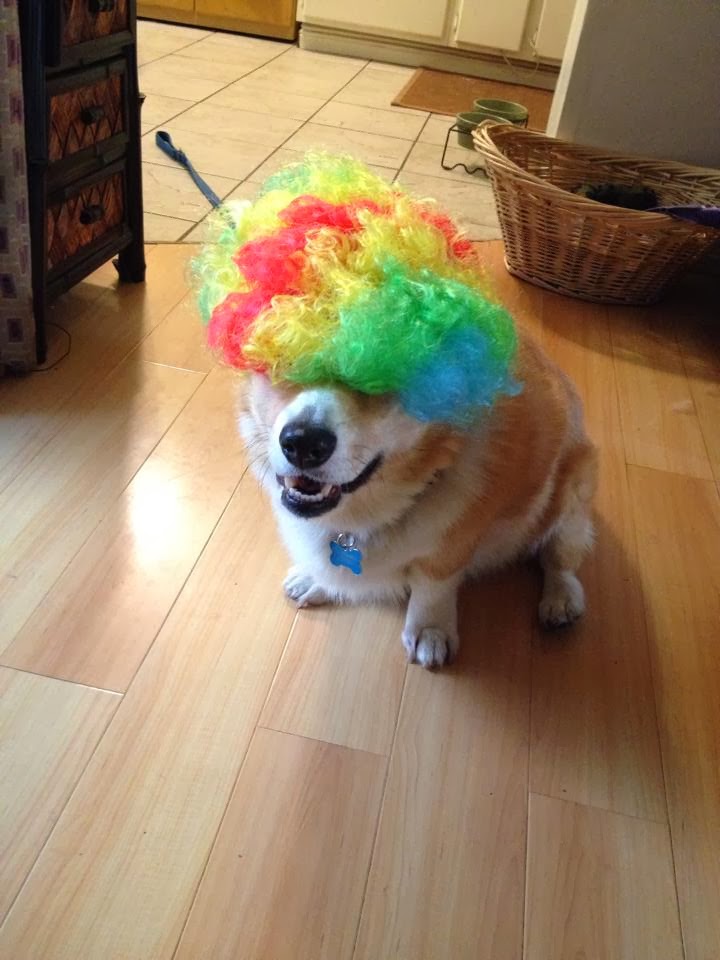 Some questions are too silly to even entertain. Corgi On, Yogi!

Ten year old Frankie stakes out his favorite spot on the couch. Flooftastic.   Jasper still looks a lot like a puppy, but he ... END_OF_DOCUMENT_TOKEN_TO_BE_REPLACED